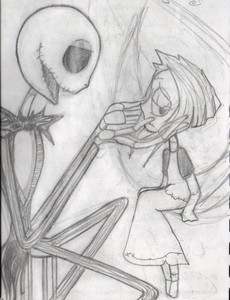 Thank for reading this far, to those of you who read this--PS the pictures are just random now cuz I just remembered how to put them on!!

Danny poked me to wake me up.
“Are you still alive?” he said, “Cuz I wouldn’t be surprised if you weren’t.”
“Technically I’m not,” I told him.
“Am I? Living skeletons aren’t zombies but they aren’t alive—wait, but zombies are living dead—are skeletons dead?”
We smiled. Then I remembered.
“No!” I cried, bounding out the room. Tape followed after me and made it in the coat closet before I slammed it shut. I heard Zero’s barking upstairs.
“Gretchen?” dad said. It sounded like he came from the back porch.
I said nothing. I can’t believe it, though—I was so excited about nailing the audition I forgot that today is…
“The twins must be up,” mom said to the boys.
“Is she in the closet?” the triplets asked.
Danny answered, “Yeah.”
“Boys,” I heard dad scold them for snickering uncontrollably.
“What?” Q said. “She’s so adorable.”
Jeremy said, “Ten going on eleven and she still hates school. I’m so proud.”
Zeeb, at least, tried to help me out. “You should consider keeping her home. She likes it here a lot more than school.”
Mom stopped them. “You know she needs this. If it wasn’t for school, she would never be out of the house.”

True. I never really thought about that, but it’s true. The only time I go out is with mom in the late afternoons to help her get plants from the garden (the graveyard’s garden where the forest also starts).

More boys spoke in my favor. “Last time she told me she said she’d rather boil in the desert and be eaten by wombats,” which was a lie.
“I never said that!” I yelled.
Laughter sprung from my brothers.
“She lives!”
“I knew she was smarter than that. There aren’t any wombats in the desert.”
“That’s not the point,” said Jeremy. “The point is Gretchen is having another crisis. I was just trying to characterize her feelings in one swift phrase.”
“And you failed.”
“Epically failed.”
“Boys!” dad said again. “It’s only six o’clock and you manage to wake up the whole street.”
Calvin said excitedly, disregarding the meaning of dad’s statement, “That’s hyperbole, isn’t it?”
“No,” Q said, “he’s exaggerating.”
“You idiots become more stupid by the mouthful. Will you be quiet for once?”
Within this small pause I imagined Q and Calvin looking at each other before they said together, “Look who’s talking!”
“What?”
“’More stupid?’”
“What happened to ‘stupider’?”
I can felt Zeeb getting angrier at them. “You’re going to die,” he said quietly. He doesn’t get loud when he’s mad, but really really quiet.
“Would you boys please settle down?” I knew dad was getting annoyed. Stuff like me hiding in the closet isn’t what normal parents have to deal with—but who said we were a normal family?
“I’m not going to school!” I said after I was asked to come out. “And that’s final.”

Silence. Dad was sitting cross-legged right in front of the closet door that I locked.

What sucks about school is that it could get quiet. I think I’ve gotten so used to noise that I’m driven crazy when there isn’t any. I know—I’ve got major issues. I start to tap and twitch and squirm in my seat. I do love how cold the rooms are though because then I can lay my head down, but that’s not even considered a benefit of going to school. It just helps become a distraction and boy do I get distracted.
“Who knows?” Danny attempted to coax me out of the closet. “Maybe you’ll actually be in my classroom this time. You’ll never find out if you don’t check.”
“You know they separate twins,” I said.
“Okay, but maybe you’ll like your class this time. You’ll never know if you don’t come out and see.”
“You know I’m always stuck with the “less developed” since I stink at paying attention.”
“Please? Things could be different in junior high. There’s gotta be kids that you want to see again.”
“Fat chance.”
“What about Caty? I thought you were cool with her.”
“Only because the teachers told her she needed to find friends without blood to suck.”
“Um, Tangent?”
“She hates me now.”
“Why?!”
“She said I was a zombie and had no heart! I only refused to ask her crush if he would stalk her.”
I heard dad’s voice. “Really?”
“Yeah.”
“This is the 5th grade and you already have to worry about stalking?”
“I know!”
“Why haven’t you told us any of this before?” he asked, trying to look through the key hole.
I said nothing for a while. “Uh…” Then I made sure the door was locked.
“I know, Gretchen,” he said, his grin on his face, “You could bring me to show and tell this year and I’ll scare everyone that bothers you.”
“Jack,” mom said.
“Thanks for the offer, but that would make my life so much worse. Everyone expects me to be just like you and to talk all about you and to just be…I don’t know. The boys have it so easy—nobody bothers them, and then there’s me.”
“Gretchen,” mom said, “It’s good to try again.” She knelt down and put her hand on the door. Checking for the inevitable, she rattled the doorknob. “Things will be different this year.” She kept talking. As I looked through the keyhole I saw her peering down for some reason. “Jeremy, Calvin, and Q are in the same building as you this year. They’ll be there if you need them.”
“Yeah, like they’ll want to acknowledge me in public.”
A click came from the knob followed by a sliver of light. Mom opened the door, a shuriken in her hand. “Nobody hates you. You’re ten years old. You’re just an individual and a lot of kids don’t know how to deal with that yet.”
“You’re just ahead of the game,” dad said.
I took mom’s hand and we went right outside on our back porch. It’s elevated a few feet off the ground, so we can see our whole backyard along with others.

I though I had em too, but mom really is clever. I’ll come up with something. In the meantime, here’s Calvin:

Calvin, surprisingly, is the oldest triplet, the accident prone caretaker of the group. He gets in a lot of mishaps but bounces right back from any situation. He’s a great role model when it comes to staying true to yourself under pressure.
His outfit mimics dad’s the most. Over a plan white t-shirt, his pure black button up has a crazy double collar with twisted tails at the bottom. Then his pants are gray :) He’s got the best simple fashion style out there.
DangerousGurl, fishypup and 1 other like this
chattycatty actually the story is nice
Sallytheragdoll omg itz a jack pic so good 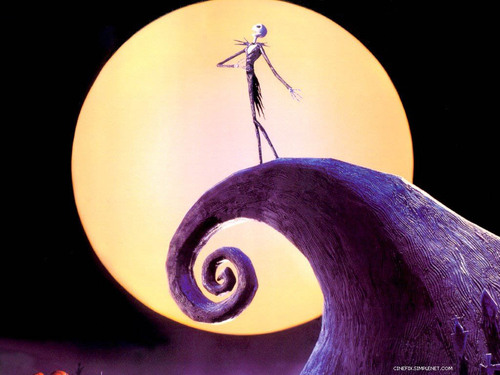 10
The Nightmare Before Christmas
added by kathiria82
Source: Tim Burton 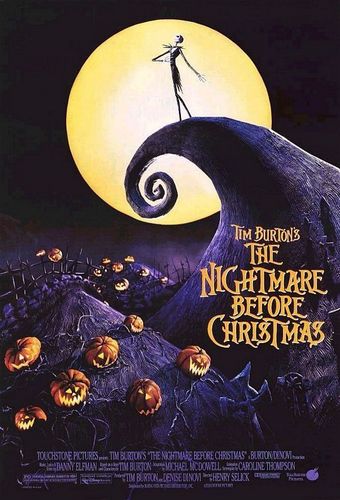 What's this?
The streets are lined with
Little creatures laughing
Everybody seems so happy
Have I possibly gone daffy?
What is this?
What's this? 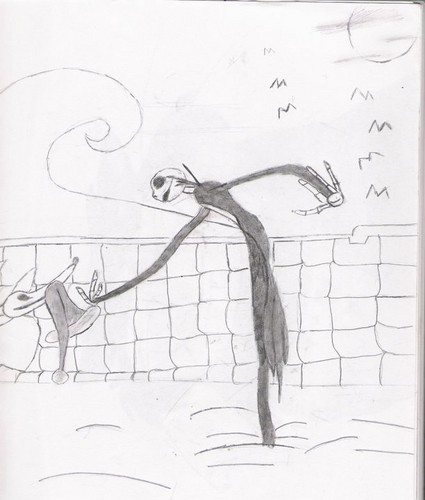 my drawing of Jack and Zero
added by JonTogoGirl87 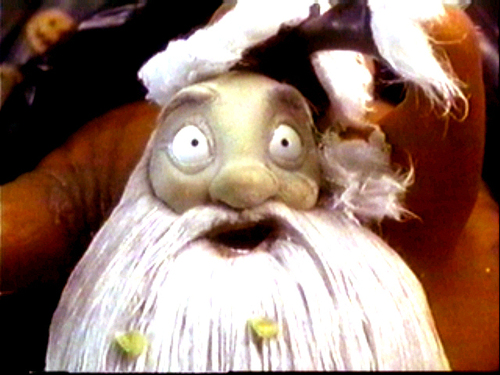 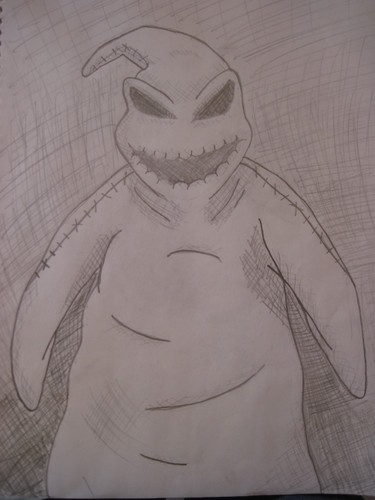 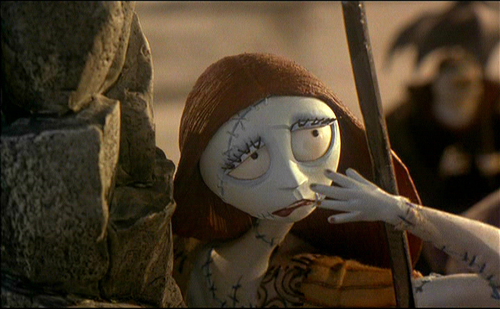 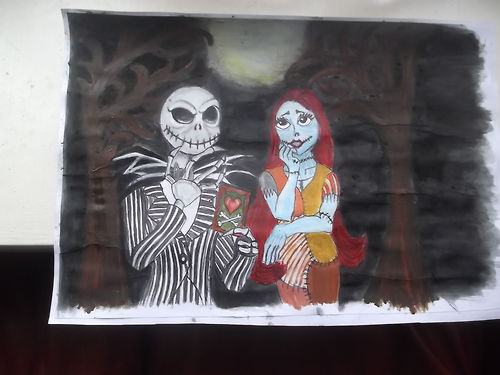 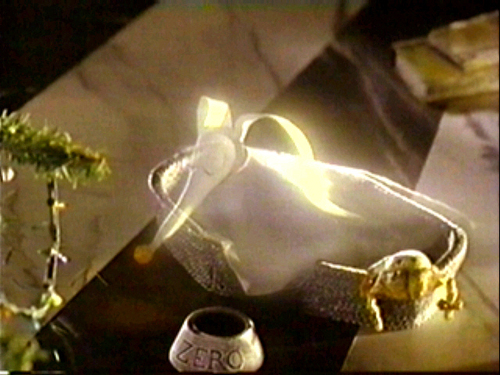 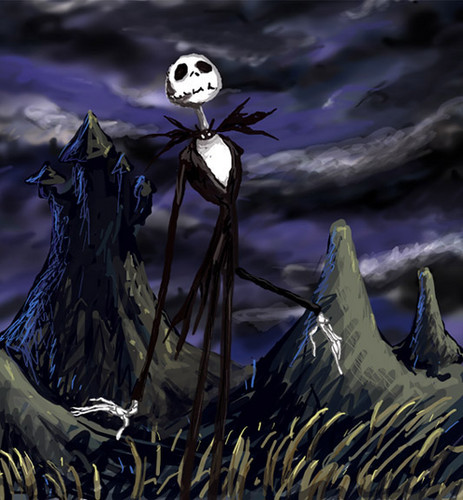 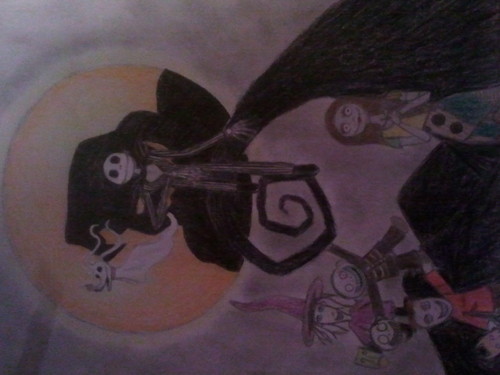 Nightmare Before Christmas
added by AmiHeart 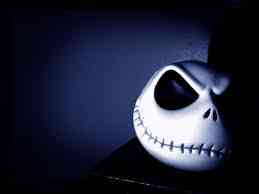 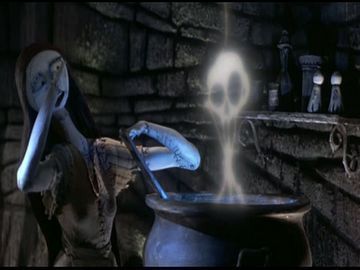 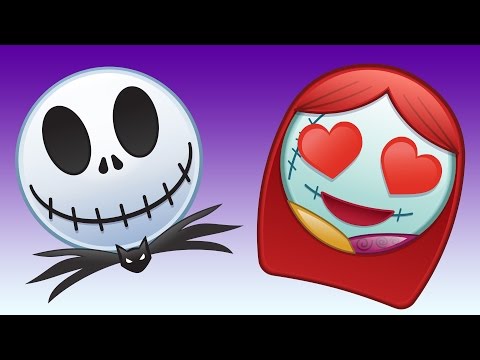