3
Nina's Seventeen Fitness Interview!
posted by Juilet1234
"When I work out, I feel happy, confident, and accomplished."

Volleyball
As a member of varsity team, Nina was serious about volleyball in high school, but now the sport is just a fun way to break a sweat when she's hanging at the beach with friends. "A lot of the girls sit it out and watch in a lawn chair, but I'm always out there with the boys!"

NINA DOBREV
The Vampire Diaries star has a super-strong, totally hot body!
But working out isn't her life--her life is her workout.

The moment you meet Nina Dobrev, you realize she's your dream workout buddy--but it's not because she's perkily cheering you on, or correcting your moves like a personal trainer. Instead, the 22-year-old talks about her own workouts (from surfing to stretching) with genuine enthusiasm that you instantly want some of what she's having. Plus you'll never, ever hear her brag about having a hardcore gym routine. Nina would much rather fill her day with fun activities that get her sweating, or take an exercise class that helps her chill. Just ask her cutie costars from ]The Vampire Diaries, Zach Roerig (who plays Matt) and Michael Trevino (who plays Tyler). Not long after they met, she inspired both guys to try her number one exercise obsession, hot yoga (where you do yoga poses in a heated room). "They were like, 'Woah, this is intense. Yoga's cool!'" says Nina. "They didn't realize what a workout you get--and how much you sweat!" While getting sweaty in front of a couple of TV's hottest guys may seem like your worst nightmare. Nina--a former competitive gymnast--doesn't even pause to consider that it might be awkward. "My older brother was the person I looked up to the most when I was younger, so I was a tomboy," she says. Her brother, Alex, introduced her to sports like snowboarding and wakeboarding. I would work out for fun and not realize I was actually working out!" Nina sat down with Seventeen to spill secrets of how she stays in shape without stressing over it--but she didn't stay seated for long. She actually got up and showed us how to do it too.

17: You were a competitive gymnast as a teen growing up in Canada. What was that like?

Nina Dobrev: It was a really awesome experience. It was a lot of hard work, but traveling and competing was really, really fun! I started when I was 9, and by the time I got older, I was traveling to Bulgaria and Denmark with Team Canada, training five days a week for three to four hours a day. I had multiple injuries, a dislocated shoulder, cuts, and bruises, and I definitely have dancer's feet from ballet and gymnastics. My feet are not the most attractive--they're probably my least favorite thing on my body.

17: That's a big commitment. Did the pressure get to you?

Nina Dobrev: I almost didn't feel like a teenager, because I would go to school and then straight to training. But gymnastics taught me how to juggle a couple of things at once and set priorities, and I learned to depend on myself. I think I grew up a bit faster. But when I quit and stopped doing all the scheduled training, I started to realize, Oh, my god! You actually have to think about what you eat and make an effort to stay fit.

Nina Dobrev: My body! I was finally going through puberty at 16 or 17--late because of gymnastics--and my jeans didn't fit because I was getting hips. It wasn't a bad thing at all, but it just made me notice. Before, I would eat fast food all the time, but you can only do that when you're playing sports and your metaolism is faster.

17: Have you learned other lessons about how to treat your body right?

Nina Dobrev: Yeah. At the end of last year, I tried being a vegetarian for four months, and after a while, I started feeling weak, like I needed more protein, more energy. Then I read a review of The Vampire Diaries online, and in it the writer mentioned I was looking too thin. I was like, Okay, maybe they're right. It made me think: I need a burger--a beef burger, not a soy burger. I have so much respect for vegetarians and I'm glad I tried it, but it just didn't work for me.

17: Have you tried any other diets?

Nina Dobrev: No. Somebody who talks about how much they're eating and counts calories in unattractive to me. And when you limit yourself in the things you eat, it affects your mood. I've seen people who are a nightmare to be around because they're not eating. That's why I always have an apple in my purse or a Luna Bar in the glove box in case I get stuck in traffic--I don't even want to be alone in the car with myself if I'm hungry!

17: How did you learn to exercise on your own after you quit gymnastics?

Nina Dobrev: Throughout the years, I would go to the guys I worked with for advice. I remember Dillon Casey was the male lead on the first ever movie I did [2007's Too Young To Marry] and he was really into working out, so I asked him, "Can you show me what to do?" Same thing with [The Vampire Diaries'] Paul [Wesley] and Ian [Somerhalder]. It's like having a trainer but not having a trainer--they would just show me how to use the machines properly or give pointers and advice.

Nina Dobrev: I like Chris Pines and Ryan Goslings--those types who are fit but not too fit. I'm attracted to the low-maintenance, tousled-but-happens-to-still-look-amazing guy. I like effortless. A guy that wears track pants, a T-shirt, and a hat, and can be casual. Not the "How much can you lift?" kind of guy. That doesn't matter to me at all!

17: If you weren't acting, what do you think you would be doing?

Nina Dobrev: I've considered opening a yoga studio I really think that I will one day. But there's a lot that goes into it, and I'd want it to be the most amazing yoga studio ever. I'd put a vegan/organic bakery on the side and have a coffee shop and a massage center too. I have big, big plans. It's just a matter of when I can do it!
shadowhunter02, DoinaNianFan and 1 other like this 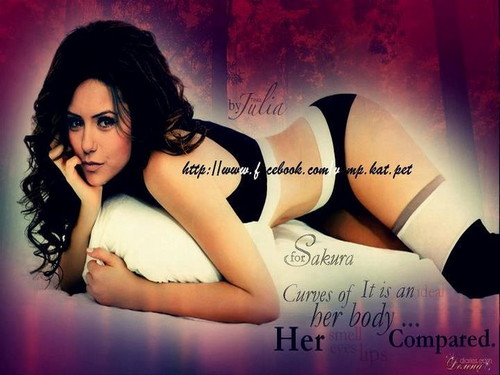 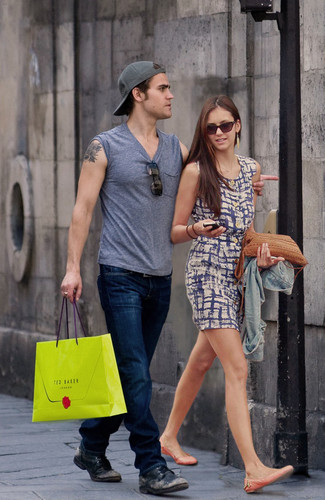 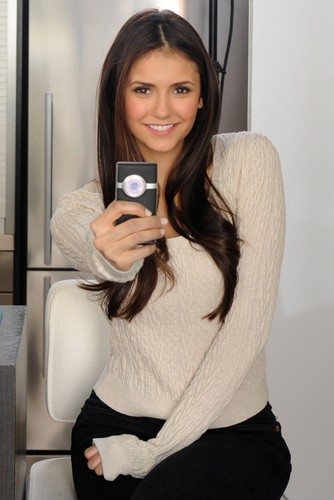 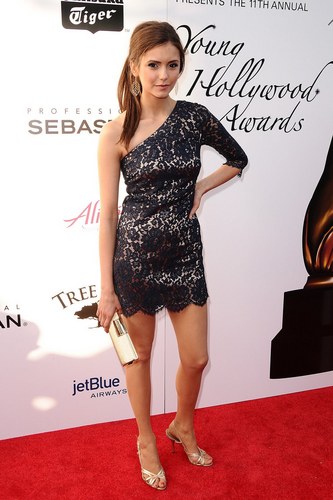 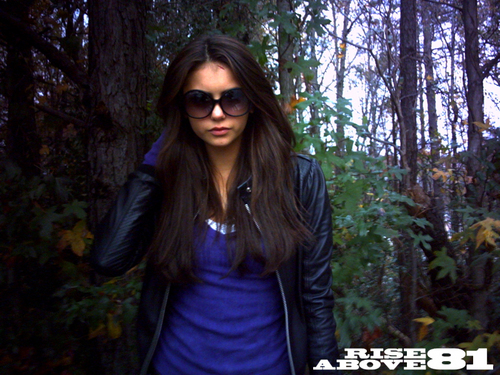 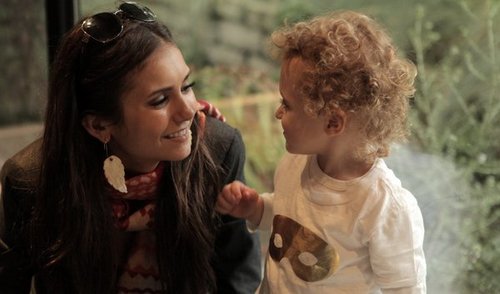 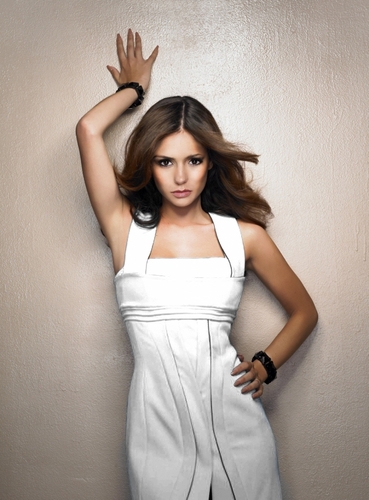 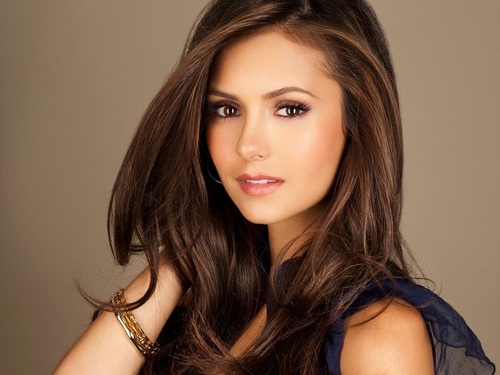 8
Nina Dobrev Wallpaper ❤
added by flowerdrop
Source: Made by me - flowerdrop
10
25 Reasons Why We Love Nina Dobrev!
posted by BlairChuckFan
I found this article link and so now I thought I'd post it here and share it with you Nina fans!

25.She doesn't take anything for granted.
Nina knows just what a lucky lady she is and isn’t taking any of her success and good fortune for granted!

"Every morning, I think to myself, 'This is so cool. I’m so lucky.' I realise it, and I don’t want to let it slip away. I went to London for the first time, and I got to go to Elton John’s charity event. I got to go to the premiere of Sherlock Holmes. I met Guy Ritchie and Robert Downey Jr – idols of mine. I’m in such a great position. I...
continue reading... 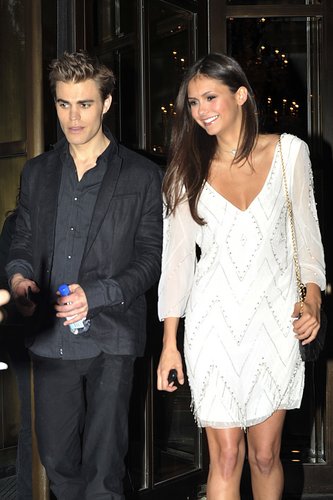 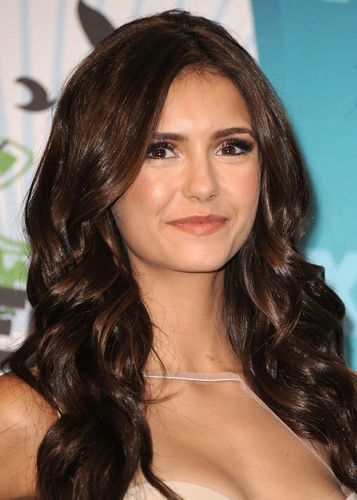 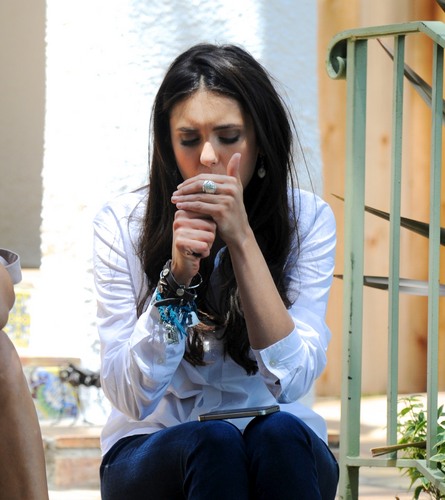 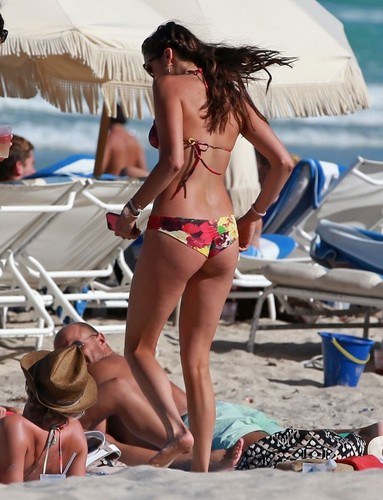 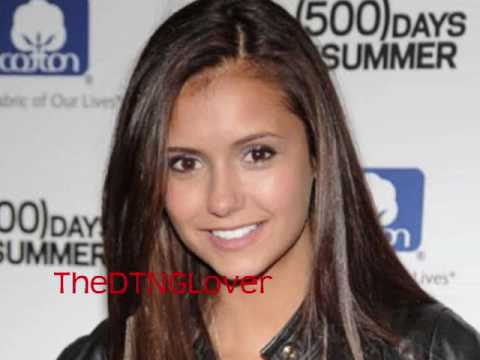 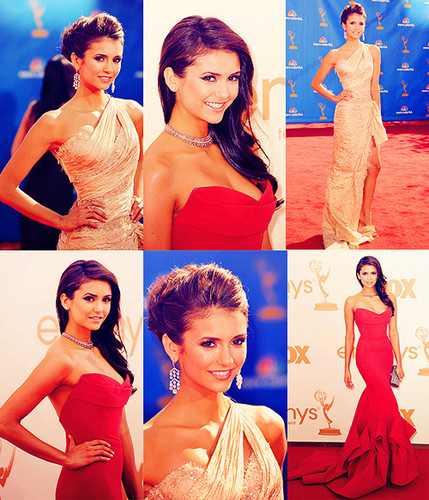 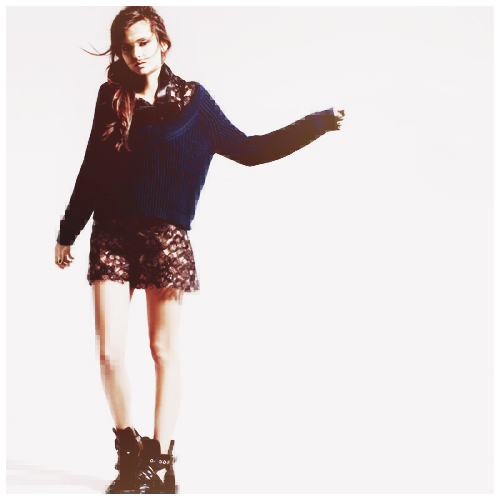