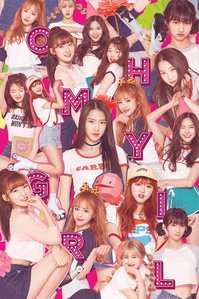 On March 28, the girl group held the comeback showcase for their third mini album “Pink Ocean.” On this day, the girls performed their funky title track “Liar Liar” live for the first time, as well as discussed their new concept, members’ individual activities, rival girl groups, and shared their thoughts on being compared to Girls’ Generation.

This announcement comes just in time for Oh My Girl’s upcoming first debut anniversary. The girls made their debut in April 2015. 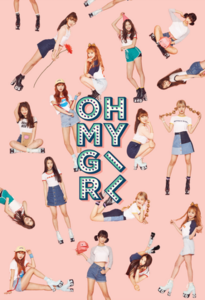 Ah ha, so you think I kinda like you
Think you can get me I think so yaya
I toss and turn in bed all night
Splashing across the sea of imagination
Liar liar liar, oh it can’t be
Liar liar liar oh oh

Let’s keep it a secret to him
He needs some time to get ready
Not yet, not yet I can’t tell him, yaya

I connect the islands floating in my head
But I still don’t get it, does he love me too?
Take a look at you

I toss and turn in bed all night
Splashing across the sea of imagination
Liar liar liar, oh it can’t be
Liar...
continue reading...
Oh My Girl share sweet teasers for Mimi, JinE, Arin and YooA for “Pink Ocean” EP
posted by hanima_sunny 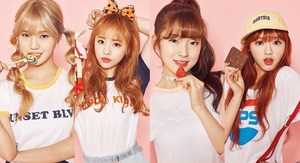 The second concept image teasers for Oh My Girl members Mimi, JinE, Arin and YooA have been released as the girls prepare to return with their third mini-album Pink Ocean.
Published on March 24th, the girl group members share a similar theme of sweet props including a lollipop, a strawberry, and a chocolate bar with the exception of JinE holding a cute doll on her shoulder.
The next round of teasers for the remaining four members of the group is expected to be shared soon.
Meanwhile, Pink Ocean will be released on March 28th where they will begin their promotions with their title track “LIAR LIAR.”
Oh My Girl finish promotions for 'Closer'
posted by hanima_sunny 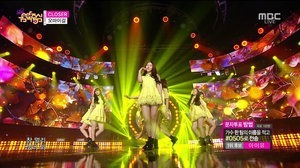 Oh My Girl have now wrapped up promotions for their second mini-album 'Closer'.

The group finished their final performance of "Closer" on last week's 'Show! Music Core', and the members lined up in a row wearing their adorable yellow stage outfits to say goodbye to their fans. Before their stage however, Oh My Girl made special preparations.

To thank fans for supporting their six weeks of promotions, Oh My Girl wrote handwritten notes and handed out hot packs, rice crackers, and chocolate.

Stay tuned for updates on Oh My Girl!
Oh My Girl's Binnie is confident that she did well on her college entrance exams
posted by demmah 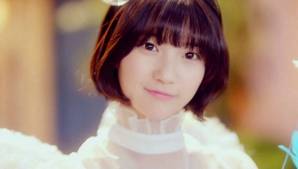 Oh My Girl's Binnie expressed the freeing feeling of being finally done with the stressful college entrance exams in a Sports DongA interview! The idol said confidently, "I wasn't that nervous and did pretty well," with a grin on her face.

She explained, "I thought I wouldn't be able to read the questions because of anxiety, but the proctor encouraged us to be comfortable so I think I did well. Also, I was sitting in the very front, and the proctor and teacher kept giving me support with their eyes. Their gazes were so warm that I wasn't nervous and took the exam at my own pace. It was just...
continue reading...
Oh My Girl burst into tears on 'Weekly Idol'
posted by hanima_sunny 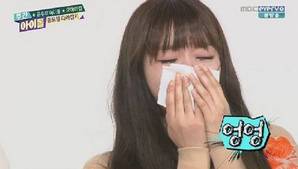 
Oh My Girl appeared on MBC Everyone's 'Weekly Idol' on November 4 and proved that they might appear all cheery at times, but they undergo their own hardships.

On this day, they passionately sang the cheer song "Be Strong, Dad," during which they all became quite emotional. Binnie did aegyo for the camera, but started crying while singing the song. However, the MCs could then not help but guffaw when they found out that she had been with her father during the Chuseok holiday not too long ago.


It was YooA's turn next to sing, but her eyes were already shimmering with tears. As they fell down her face, she was unable to finish. She was asked, "Where do your parents live?" and she replied, "Seoul," making the MCs comically rage out of incomprehension for why the girls were getting so emotional.

Surely they have their reasons! It's hard being so far from your parents at such young an age!
Oh My Girl members impress with energetic Girls' Generation choreography!
posted by hanima_sunny 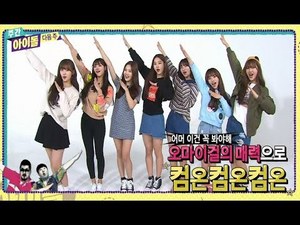 The talented, adorable girls of Oh My Girl danced to the songs of their role models, Girls' Generation on the November 4 episode of 'Weekly Idol'!

Oh My Girl handpicked Girls' Generation as their role models and confidently declared that they can cover the girl group's choreography.

Hyojung, who was the first to show the MCs what she's got, energetically danced the choreography to Girls' Generation's hit song "Gee." Defconn couldn't help but be amazed at the her animated dance moves, musing, "Her energy is no joke."

But Hyojung wasn't the only one to show off her dance moves; Mimi danced powerfully to "I Got A Boy," and so did Jiho! However, Jiho was called out for her overly exaggerated moves, much to the amusement of everyone on set.
MAKNAES OF LOVELYZ, CLC, OH MY GIRL & G-FRIEND ARE ‘GIRLS IN WONDERLAND’ FOR VOGUE GIRL
posted by hanima_sunny 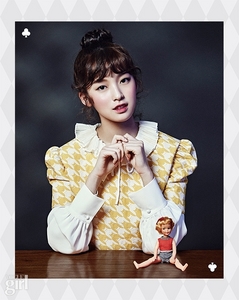 MAKNAES OF LOVELYZ, CLC, OH MY GIRL & G-FRIEND ARE ‘GIRLS IN WONDERLAND’ FOR VOGUE GIRL (NOVEMBER 2015)

The maknaes of rookie girl groups Lovelyz, CLC, Oh My Girl and G-Friend feature in a pictorial for VOGUE GIRL titled ‘Girls in Wonderland’.

The maknaes of popular rookie girl groups have gathered to pose for a 'Wonderland' concept in 'Vogue Girl'!

Lovelyz' Jeong Ye In, G-Friend's Umji, CLC's Jang Ye Eun, and Oh My Girl's A Rin dolled up for a beautiful shoot in which they radiate the youthful vibe everyone has come to adore and love. All of them are about 17 years old in international age, but they show an inner maturity through this shoot while celebrating their vibrant energy.

The pictorial is in the November 2015 issue of the magazine.
1
[★TRENDING] Oh My Girl’s Seunghee surprises Taeyeon with flowers on KBS Music Bank
posted by hanima_sunny 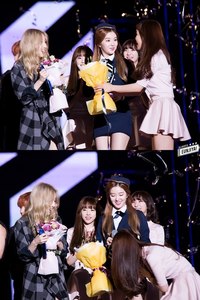 Fans have captured an adorable gesture between Oh My Girl’s Seunghee and Taeyeon during final act of KBS Music Bank.
As Taeyeon grabbed her third win for “I” at Music Bank on October 16th, fans cannot help but notice Seunghee’s sudden reappearance on stage as she handed the singer a bouquet of flowers following the announcement.
The adorable gesture which was caught on camera, along with a number of fan taken photos, immediately circulated online as Seunghee, who is said to be a fan of Taeyeon, was praised for her kind gesture. Taeyeon, on the other hand, looked genuinely surprised for the gesture and was praised for handling the sudden move professionally.
Meanwhile, Taeyeon is currently promoting her solo title track “I,” while Oh My Girl is gaining a lot of attention for their latest track, “Closer.
OH MY GIRL - 'CLOSER'
posted by hanima_sunny 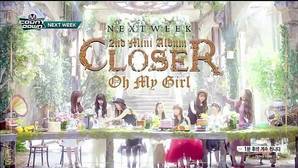 Five months ago, they wowed you with their debut song "Cupid"; now, B1A4's "little sister" group Oh My Girl is back with a new mini-album, 'Closer.' We've got some talent here, including Swedish guitarist/songwriter Andres Oberg, as well as Alexander and Darren Smith, composers of Girls' Generation's "Lion Heart."

The album starts out with "Closer," an ethereal dance track akin to BoA's "Shattered." It's a slower, more languorous track, with lush effects, synth washes, and layered vocals. Towards...
continue reading...
You Might Also Like... 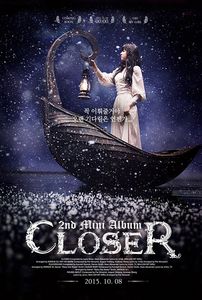 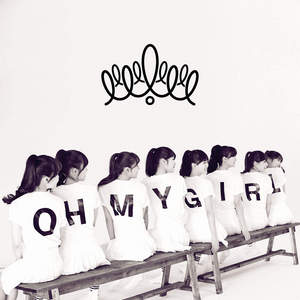 OMG. Oh My Girl! They are under WM Entertainment.