2
The Deal is Done (A fanfic)
posted by zanhar1
Got board decided to write a little fanfiction. I did post this on fanfic.net too so if you see it there, just know it wasn't stolen from me nor did I steal it from someone else.
This fanfic takes place sometime after Regina, Emma, and the others arrive in Neverland. It starts out after they managed to locate Peter Pan.

“Do you want him back that badly? So badly enough that you’d be willing to do anything for to get him back?” Peter asked motioning to very displeased looking Henry.
“Yes. I’ll do anything you ask exchange for my son’s safe return.” Regina nodded.
“Anything at all?” Peter smirked.
“Yes.” Regina stared the boy straight in the eyes. “Anything.”
“Deliver the boy back to his real mother.” Peter ordered the Lost Boys, rendering a scowl from Regina at the use of ‘real’. He turned to the woman. “As for you my dear…”
********************************************************
“Go on get outta here.” One of the Lost Boys said in a hush as he gave Henry a shove. With a final glance back—earning him an “I said go”—Henry made his way out of the underbrush.
“Mom.” Henry cried out and flung himself into Emma’s arms.
“Henry…kid, how did you get here?” Emma asked.
“Regina. She made some sort of deal with Peter.” Henry huffed
“Well that wasn’t a good idea.” Mr. Gold murmured from some feet away.
“What’s that supposed to mean, Gold?” Emma questioned.
“Could mean a great many things.” The imp answered before returning to his novel.
“Well we can’t just leave her with him. She did save Henry.” Mary Margret pointed out.
“We came here for Henry, not her.” Mr. Gold remarked.
“And we owe Regina nothing.” David added.
“But she’s my mom.” Henry protested. There was a moment of silence.
“We’ll find her Henry, just like we did the last time.” Emma put a hand on his shoulder.
“We can break off into groups.” Mary Margret suggested. “I’ll go with Charming and Emma…”
“I’m not going anywhere with the crocodile” Hook stated matter-of-factly. “And who do you propose will watch the Jolly Roger?”
Mary Margret remained silent for a moment before responding “Charming and Mr. Gold will partner up and you may go with Emma. I’ll watch Henry and the Jolly Roger while you are away.”
Reluctantly Hook agreed to this plan and with much hesitation he and Emma set off into the jungle. “Come on Henry, I’ll show you around the Jolly Roger.” Mary Margret offered.
“But I wanted to go with Emma.” Henry pouted.
“We already lost you once, we’re not going to do it again.” Mary Margret declared. With a sigh Henry took a seat on shore.
“Aren’t you going to come aboard?” Mary Margret asked.
“Maybe later.” Henry rested his head on his knees. He remained this way for several hours, waiting for Mary Margret to remove her watchful eyes from him. But the fact that he was sitting in one place only seemed to make Mary Margret more watchful of him.
“Can we at least go for a walk?” Henry asked finally growing board.
“A short one.” Mary Margret compromised.
******************************************************
It was along the way home that Mary Margret and Henry and run into Charming and Gold—and eventually Hook and Emma. The six walked back to the ship, discussing their findings; nothing at all. Not even a sign of Regina. It was already dark when they arrived back at the Jolly Roger. No sooner had they walked into the ship had Hook practically screamed “WHO DREW ALL OVER MY SHIP!?”
Emma looked up to see about ten childish doodles colored all over the walls. And a brief glance to the left revealed the culprit; a little girl—no older than six—staring at Hook with big brown eyes, blue crayon still in hand (and still pressed to the wall at that).
“Who are you and how did you get on my ship?” Hook bellowed.
“I’m captain Regina Mills and I found it, and no one was in it, so it’s mine!” Regina declared with a childish grin. 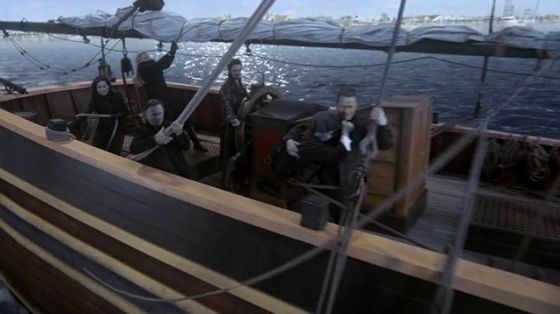 Elreece22 and Datswassup like this
zylice OMG!! Cool! ;D
zanhar1 Thank you. ^_^ I posted part two on fanfiction.
zylice On the site! "BellatrixLestrangey!" ;)
zanhar1 Lol ya found me. :P
Alchemistlover Yay! Regina's captain now!
zanhar1 Indeed she is...rather thinks she is.
BellaLovett That's pretty good, I liked the idea of Regina returning to a child, it's funny at the same time sad for poor Regina. And I actually have been searching for a good OUAT fan fiction to read, because I have nothing to do these days and I'm so bored, so I ran straight away to fanfiction.net and I was like "Thank Goodness !" when I saw that you've already written 16 chapters
zanhar1 Thank you. Yeah, this idea has been in my head for a while. Finally got around to typing it. Yeah good fics are hard to come by. If you like Swan Queen I can send you a few suggestions. Lol yeah, at the time I tried to type one a day. But college started and I had to wrap it up.
BellaLovett I have an idea for a fanfic too, I just dunno how to start, and to be honest even if I have the idea how to start it I won't be able to finish it, because my college will start in November And yeah why not, send me some good SQ fics suggestions
zanhar1 What's it going to be about? Good luck, it's a bit of a handful but I'm sure you'll handle it well. This one is really long but I liked it a lot; http://www.fanfiction.net/s/9084864/1/All-These-Small-Steps-You-Take This one isn't SQ but it was the first Gina fic I read; http://www.fanfiction.net/s/7934110/1/Held-in-Stasis And this; http://www.fanfiction.net/s/8927763/1/Going-in-Circles
BellaLovett It's actually about Regina, and a girl that I've created who is Regina and Daniel's daughter, I named her Wilma (The same name that Regina picked for herself in the episode "The Evil Queen") because it's a name that Daniel loved And I have some ideas like Cora had taken Wilma from Regina when she was a baby, she takes her to Wonderland, and somehow Cora then sends Wilma to our world .. and Wilma grows up and starts to look for her mother .. and she meets August and finds out about Storybrooke and I also have the idea that Wilma has a necklace that Regina had put around her neck when she was born and enchanted it that no one could take it from Wilma's neck, and that's how Regina recognizes her daughter when she comes to her in Storybrooke .... and I dunno, I still haven't gathered all my thoughts :P
zanhar1 That's cute. If you get around to typing it let me know. Perhaps you could start at her birth or at Cora sending her to our world (and then do that __ years later thing) or start at the ___ years later point.
BellaLovett Yeah good ideas. Surely I'll let you know about it
zanhar1 Thank you. ^_^
5
My Top 10 Most Beautiful Once Upon A Time Women
posted by KataraLover
I've been meaning to do this for a long time and now I'm finally doing it. Once Upon A Time has a lot of really beautiful women. I believe these women are the true beauties of the show and some need more appreciation for their looks. Please leave a comment but keep in mind this is just my opinion.

First of all I'm not a big fan of her as a character, she has the personality of sand paper, but she's really beautiful. She has such long beautiful hair, even though it's in a weird style for most of the time we see her. I just love Asian eyes and her skin is lovely. She's such a natural...
continue reading...
1
My Problem with Lady Tremaine/Victoria Belfry/Rapunzel
posted by KataraLover 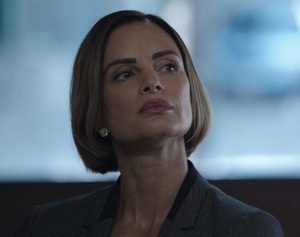 It's no secret on this club that I can't stand Victoria (I refuse to call her Rapunzel) AT ALL! The only good things I can say about her is that she's good looking, I like her accent, and the actress is very talented. However, as a villain, she was a total waste of time because she did little to nothing. She wasn't intimidating AT ALL and just felt like some brat trying to have control over everything but looks really awkward and unconvincing as a legit threat. She felt more like a silly...
continue reading... 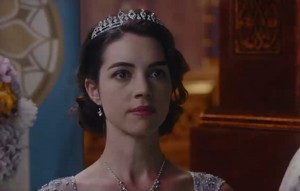 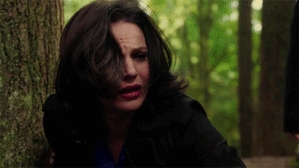 Hover to animate
Inspired by the who has a harder life poll, I decided to make another article on this (I'll also be utilizing some comments from there). It kind of goes hand in hand with an older article I wrote; link so I'll kind of be bring up why I think she's still sympathetic as I believe these topics go hand in hand.

One more side note; despite the source of inspiration this article is going to be Regina focused and I won't be drawing too many comparisons to other characters for the sake of saying she has it harder because I think each character has his/her own struggles that were equally as difficult....
continue reading... 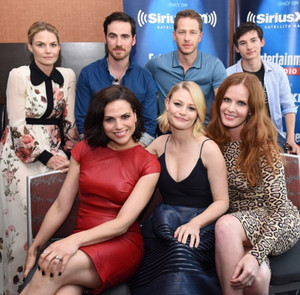 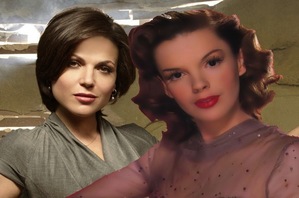 Aren't they gorgeous?
I had been planning to do this article for a while and I FINALLY have found the time to do it. First, a little background on Judy Garland, for those of you who don't know who she is. She was an American singer and actress, best known for playing Dorothy Gale in the 1939 film, The Wizard of Oz, which had her signature song, Somewhere Over The Rainbow. She would go on to be in other movie roles, such as Meet Me In St. Louis, The Pirate, The Harvery Girls, Easter Parade, and A Star Is Born. I bet many of you must be wondering what an classic actress would have in common with the Evil Queen herself....
continue reading... 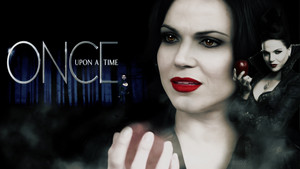 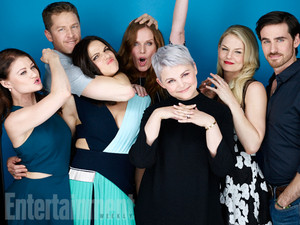 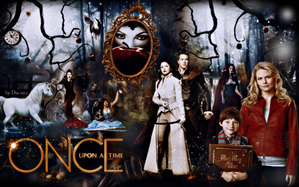 I've been meaning to create this article ever since Ariel had appeared on Once Upon A Time and I never got to it until now. At least now I'll be able to have a stable list until season 5 comes around. These characters are my personal favorites and I might make my top 10 WORST characters list sometime. But for now, it's the top favorites. Anyway, keep in mind that this is just my personal opinion, so don't be rude. Enjoy! 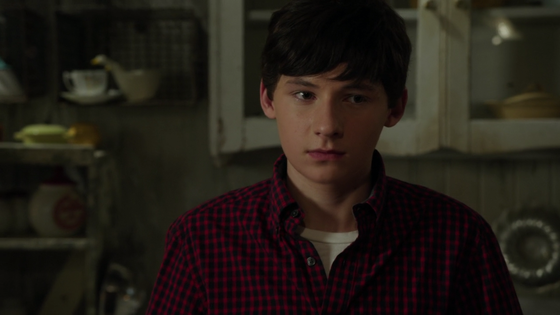 The heart, soul, and faith of the truest belief

I know that this is actually a very unpopular opinion because no one besides me has him as one of their favorites....
continue reading... 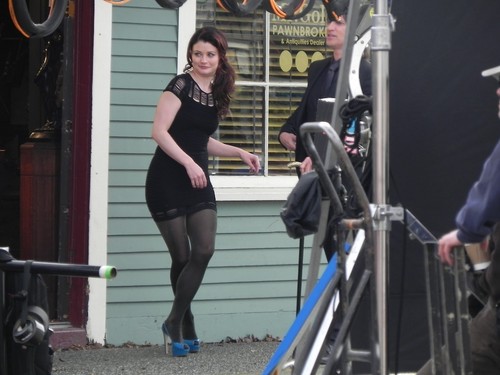 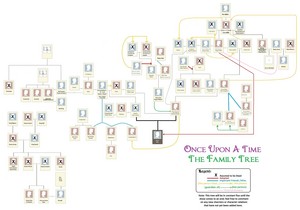 1
Once Upon A Time Family Tree
added by Bellamycay 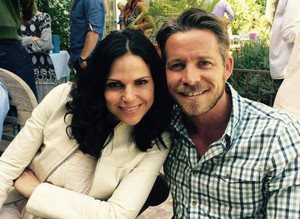 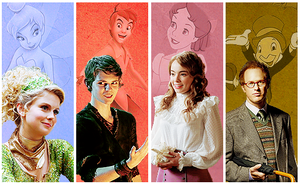 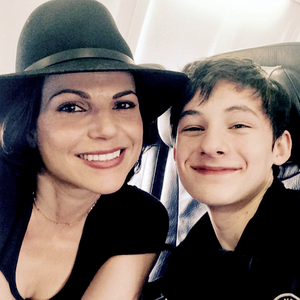 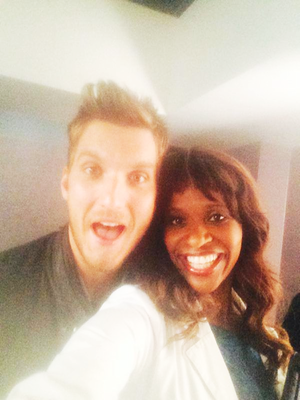 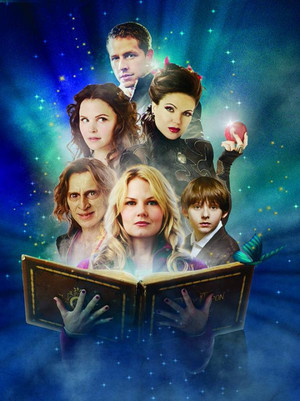 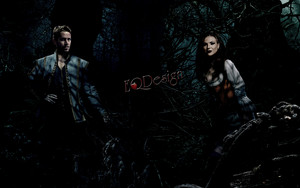 2
Outlaw Queen Into The Woods
added by nori4ka
Source: http://oncebg.tumblr.com/ 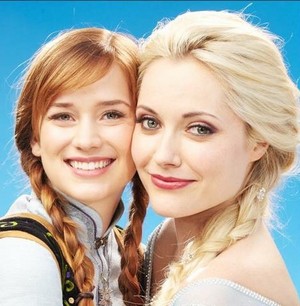 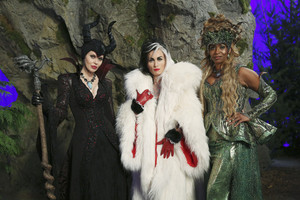