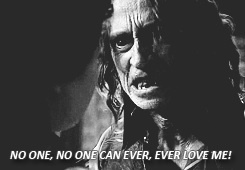 I love Belle. I like that she's sweet, brave, willing to see the best in everyone and not afraid to say what she feels no matter what happens. She is the character that reminds me the most of myself. I like Rumple too mainly because of Robert Carlyle. Who can manage be both alluring and incredibly creepy even dressed as a sparkly imp. I've been a devoted fangirl since the Full Monty and OUAT has only encouraged that. However I can't support Rumbelle.

I know that the idea of seeing the best in someone and changing them for the better is very popular with most girls. I'll admit I've fallen for the "bad boy" or the "charming rouge" in books and shows on more one occasion but some Rumbelle fans refusal to see that there is anything unhealthy about the relationship is frankly disturbing.

I've had fans say to me and to others:

"Rumbelle is not stockholm syndrome. It in no way fits the parameters of SS and to say that it does shows ignorance on your part. -- You seem to be tossing around terms that you’ve heard places or heard other people use, with no bother researching what they mean."

Now, before I make my argument here's the official definition of Stockholm Syndrom. I've bolded the parts that are the most relavent.

Stockholm syndrome, or capture–bonding, is a psychological phenomenon in which hostages express empathy and sympathy and have positive feelings toward their captors, sometimes to the point of defending them. These feelings are generally considered irrational in light of the danger or risk endured by the victims, who essentially mistake a lack of abuse from their captors for an act of kindness. Stockholm syndrome can be seen as a form of traumatic bonding, which does not necessarily require a hostage scenario, but which describes "strong emotional ties that develop between two persons where one person intermittently harasses, beats, threatens, abuses, or intimidates the other."

Example #1: sometimes to the point of defending them

In season 2 despite her knowing what he is capable of Belle is constantly defending Rumple and calling anyone who mentions the horrible things he has done liars. In "The Outsider" when Hook tells her about him killing Milah she flat out says "he would never do that!" despite seeing him murder and torture in the past.

Example #2: mistake a lack of abuse from their captors for an act of kindness

In "Skin Deep" Rumple is horrible to Belle; physical, verbally and emotionally abusing her. As the story goes on he less horrible. He is not kind he simply stops being quite so mean. He dosent hit her when she drops the cup, he lets her go to the market instead of locking her up in the castle. In "Lacey" he doesn't kill her when she lets Robin go. Notice these are all bad things that he didn't do that are often passed off as acts of kindness by the fandom. 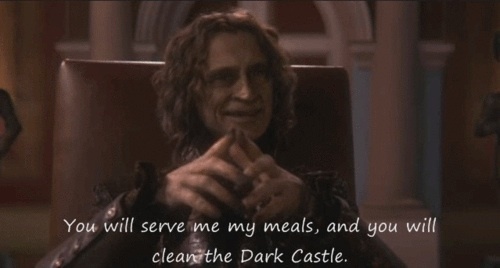 Example #3: strong emotional ties that develop between two persons where one person intermittently harasses, beats, threatens, abuses, or intimidates the other.

In the beginning of "Skin Deep" Rumple is abusive, very few people will deny that but even though he does improve slightly she begins to develop feeling for him while he is still holding her captive and showing abusive tendencies. "Lacey" only confirms this. Then when she kisses him he flys into a rage and goes right back to his earlier abusive self. 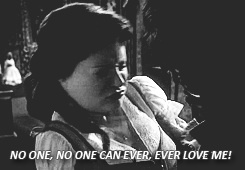 The recurring Rumbelle themes "you see the good in me" and "you made me a better man" are catchphrases used by abusers since the beginning of time. Why? because of this romantic fairytale idea that "true love can turn a bad person good". Abusers use that idea to keep people with them even when that person knows they should leave. It's a lovely idea in fiction but in reality situations like this rarely have happy endings.

I now what your all saying now. "It's just a story. why are you making such a big deal out of this?" Yes it's just a story and I have no problem with those fans that enjoy this fictional relationship for what in is, a complex love story, but also recognize how potentially unhealthy and dangerous it is. It is the people like those quoted above who are oblivious to its abusive nature that worry me. Tying to pass these tendencies off as romantic could encourage those in harmful relationships to ignore the signs in hopes of "changing them for the better" as Belle did.

till-therewas-you summed it up perfectly in another article so let me end with her words.

"Look, I get it. The idea that you can find a soft spot in every guy, and change him is a fantasy that most girls have. -- But holding the idea that you can change a man will just lead to disappointment. Don’t get me wrong, it happens. But it’s the exception, not the rule. The exception. Us women should just look for decent guys that aren’t perfect, but will treat us and other people right."
SherlockStark and princecatcher93 like this
zanhar1 Wow this is amazing. And I totally agree with it.
Evilregal14 Totally agree with this!
TDDD Yeah, I'm incredibly fond of Rumbelle but that doesn't mean that their relationship should ever be replicated or modeled from in Real Life. Something you pointed out, and I'm glad you did as it's one of the few things that irks me about OUaT, is the theme they have going that someone's love could change another person. I've always been a firm believer in the fact that that is never ever the case. A person can choose to change because of that love (and it's wonderful when that happens) but it's wrong and unhealthy to stay with someone in the hopes that if you love them enough you'll change them. Staying with someone isn't a reason to change, it's a reason not to have to. 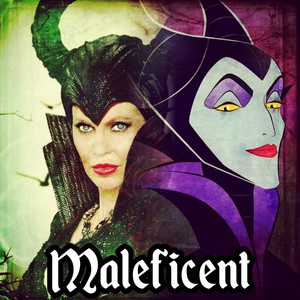 1
Maleficent
added by Virgo1979
Source: Myself 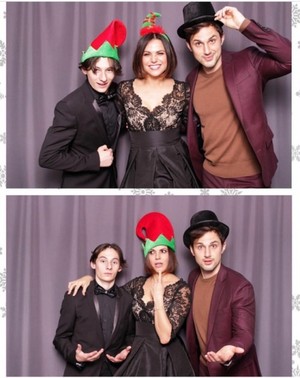 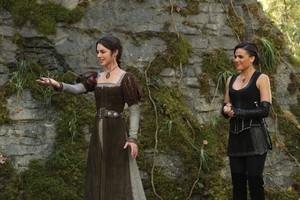 Once Upon a Time "Wake Up Call" (7x06) promotional picture
added by nermai
Source: farfarawaysite 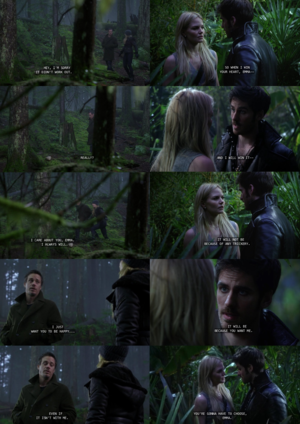 Spot the differences (Neal VS Hook)
added by LLheart 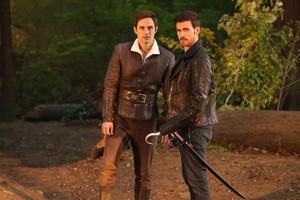 Once Upon a Time “A Pirate’s Life” (7x02) promotional picture
added by nermai
Source: farfarawaysite 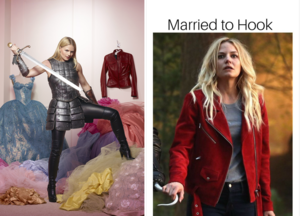 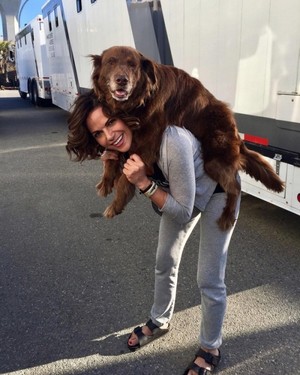 2
Lana and Colin
added by tanyya 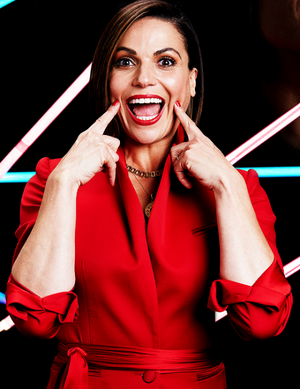 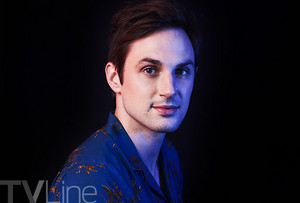 1
Once Upon a Time Cast at San Diego Comic Con 2017
added by nermai
Source: tvline 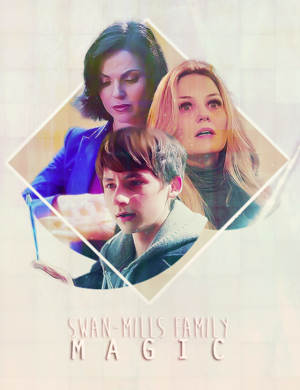 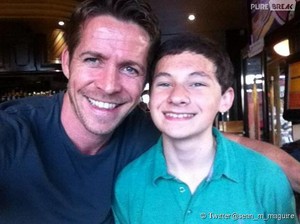 1
Jared and Sean
added by greyswan618 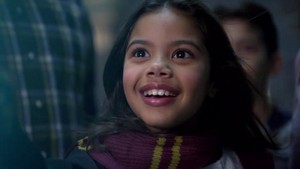 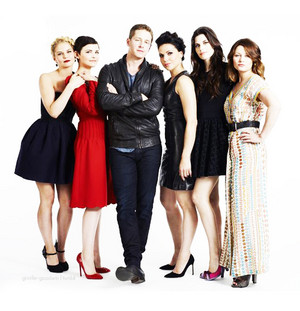 Regina and Zelena
added by zanhar1 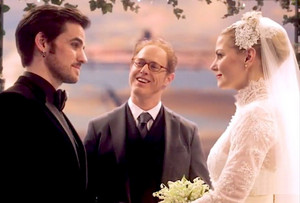 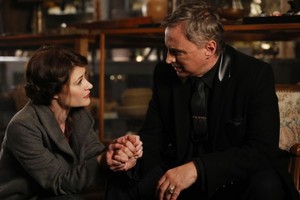 Rumple and Belle
added by greyswan618 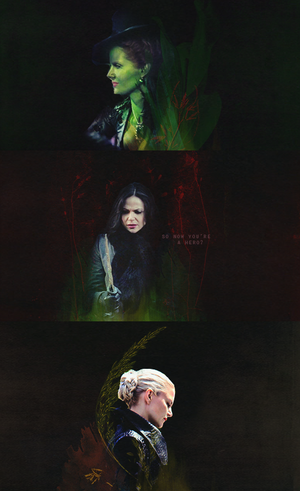 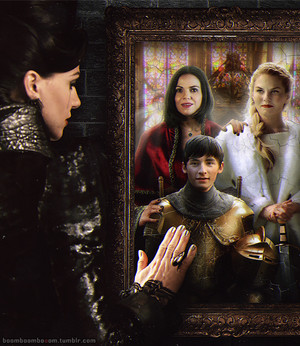