3
Why I Don't Ship Captain Swan
posted by zanhar1
This is another article inspired by a comment in the polls. I'm gonna start off with a little disclaimer; this article obviously isn't going to be CS friendly. If you know that you won't like what you're going to read please don't do that to yourself. However, in writing it I am to be as tactful and respectful as possible because I do want CSers to be able to read this. If you ship CS feel free to read and post your own counter arguments. I am open to a respectful debate.

My biggest bone to pick with CS is that I do very much believe that it ruined or at least damaged both Hook and Emma as characters. I'm not gonna lie, I already like Hook more in season 7. Imo CS had Hook as a hero in a way that just didn't work for his character and really took away from it. I think Hook was a damn fire villain and he didn't strike me as the type who would come around because of romance or love, like Regina. I always felt like if he were to be redeemed it would be one of those situations where he was forced to work with the good guys and then grew to like them. That's where I thought they were going in season 3 because it started out that way. But in the end they had him doing everything to gain Emma's affection. I know that this is completely a personal opinion; but I didn't think that, that route worked for his character. On top of that his way of courting Emma/showing her that he loved her was odd to me (I'll get to that later).

Emma is the one who I felt took the biggest hit. I feel like she was ruined by CS because she went from, "I'm going to wear leather to my wedding" to full on lace, Grace Kelly. Don't get me wrong I liked the dress well enough, but it wasn't right for Emma. In general her wardrobe after season 5 was just eh. I feel like after a certain point she was dressing more like Mary Margret than Emma. Or maybe its that she was dressing more like JMo than Emma. Perhaps both? Either way around it just didn't feel right to me. Even her makeup and looks seemed off to me.Like she looked tired. She just isn't the badass Emma from season 1-3 anymore.
I always see it pointed out that she's learned to let her walls down. And yes, that maybe so. But letting your walls down shouldn't entirely change your personality. Regina let her walls down and she's still a sassy (somewhat angsty), feisty queen. At her core she's still Regina. Rumple let some of his walls down and he's still cunning and tricky Rumple. Even Zelena let her walls down but she's still as wickedly wonderful as ever. Whereas I feel like Emma is a completely different character now. Her entire vibe just changed. Regina, Rumple, Zelena all of them still radiate visages of their old personalities; the things that made them cool. Emma (by the end of the season) in my opinion doesn't even really have a trace of the old Emma. She is way more like wish world Emma. I just think that A&E handled her walls coming down very poorly and those walls first started crumbling when Hook came into the picture.

The other thing that got to me is that, the whole time I feel like they were writing the CS romance very bad. For one thing they had to say it. In writing there's a thing called showing vs telling; showing is good telling isn't as effective. The amount of times Hook or Emma had to say that they were happy tells me that a good portion the audience couldn't see it in their expressions and other talks. A&E literally had to have them vocalize their happiness. A good romance doesn't need that. For example there are times when Emma is saying that Hook is her true love or that she's happy to see him, but she looks anything but.


Maybe I have the wrong context for the scenes here. But if I remember right she looks at him like that a lot even when she's saying how happy she is.

I also don't like how Emma was spoken of as a prize.

Personally I don't see this as romantic. Sure he said that he wouldn't do it by trickery. But he was very much implying that she would chose definitely/without a question him over Neal. I am of the opinion that she'd have chosen Neal if he didn't die. He made it sound like she was a trophy to be won and I didn't like that. Furthermore she was always spoken of as his happy ending. One of the things that really annoyed me was how people were so quick to say that Regina shouldn't get a true love until she learned to love herself/fix herself or that it wasn't fair of her to be using Henry as nothing but a happy ending. But these same people are the ones who are okay with Hook using Emma as 'nothing but a happy ending'. By this I mean that it was one sided; Hook/Gina only benefited from the relationship. First and foremost I don't think that Emma nor Henry were just means for a happy ending for both Hook and Gina. I do however feel as though there was a tad of an imbalance. Yes Hook helped 'tear Emma's walls down' (for better or for worse) but she helped fix his damage way more than he helped her. Whereas with Regina and Robin they were both damaged and they both healed each other equally. I guess feel like Hook/Emma (I'm probably gonna get some shit for this from both sides) is more like Rumple/Belle. Belle helped fix Rumple way more than he helped her. Don't get me wrong I like Rumbelle, but this was a huge flaw in it. In general I guess that's just what happens when you date a former villain...so I grant a little leeway there.

In general (while I don't think their relationship was abusive persay) I don't think that it was healthy. The whole Dark Swan arc was basically them trying to hurt each other. I get it they were dark ones. But so was Rumple and no one ever gave him a pass. After the Dark Swan arc it just felt so forced to me.

Another (admittedly petty) reason I don't ship CS is that it blew a giant hole in my other ships. Not just one but like 4; Swan Fire, Swan Queen, Hook Queen, and Outlaw Queen. The first 3 were sunk because obviously if Hook is with Emma then Emma can't be with Neal or Gina and Hook can't be with Gina. The 4th; I highly blame CS for Robin's death. In this show it's always been all magic comes with a price/a life for a life. Hook came back and Robin died in his place. Of course one person wasn't gonna come back from the Underworld--that's a given in the world of TV/Movies. In this case it was Robin. And with Robin dead there's no Outlaw Queen. Wish realm Robin and The Evil Queen isn't quite the same. I like it, but I feel like it was thrown in as a 'we fucked up, the fandom didn't take well to that' thing.

Another huge chunk is that I don't think that I like JMo. I don't know her personally so I can't make any real judgments. But she just kind of rubs me the wrong way. She doesn't seem as friendly as she did when she first stared Once. Idk if that's just me. And by all means I would be more than happy to be proven wrong on this.

The final, kind of dumb other reason I don't like CS is because of tumblr/twitter. Surprise, surprise. Those two sites are just so hateful. Seeing the fandom constantly bash Regina just turned me off to CS & Hook completely. It made me spiteful. And I'd imagine that the same can be said for SQ doing that to CS fans. In general since I've been away from tumblr's Once fandom I'm proud to say my dislike of Hook has eased up by that much.


To end on a more positive note talking to CS fans offline and on this site was very lovely. Everyone was very kind and respectful. Which did help a lot. Unfortunately there are just some people who give the entire fandom a bad rep. I hope that with season 7 Hook will begin to appeal to me again; because so far it looks promising.
Ledinha, Wolfdreamer9 and 1 other like this
WinterSpirit809 I don't know....I can ignore(especially now) but I 100% agree with this article. I don't like Captain Swan, and overall, it was just poorly written. Like you said, it ruined the characters. Perhaps it was just a more developed relationship(because I feel it came out of nowhere) and if the had kept their personalities, it would have annoyed me less.
zanhar1 I feel like I can ignore it a bit more too now. I feel like if this ship was written better I might have been able to get behind it, but I just don't think that the writers handled it well. 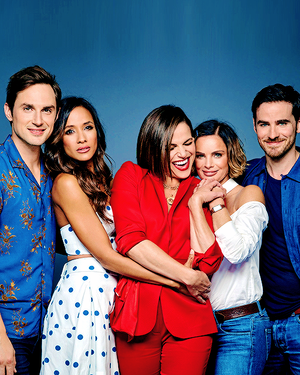 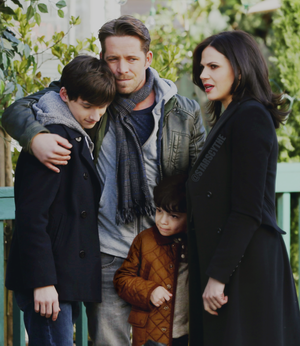 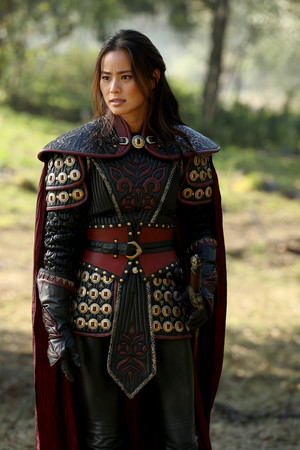 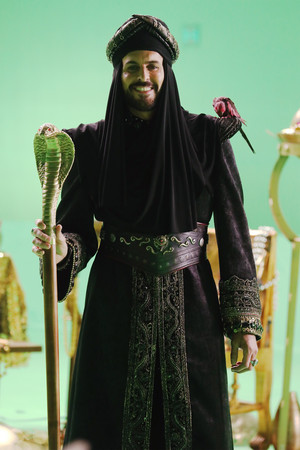 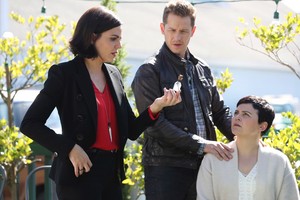 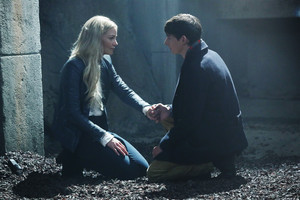 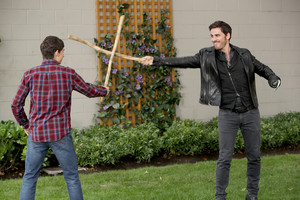 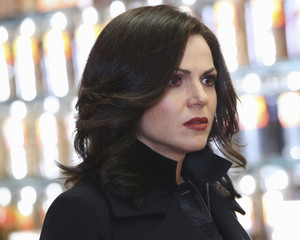 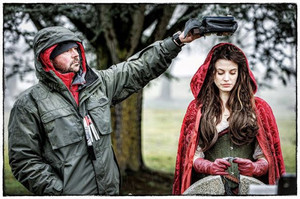 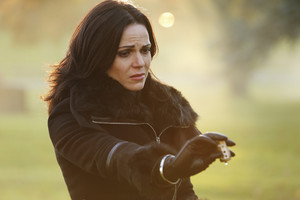 ONCE UPON A TIME – “Souls of the Departed”
added by love2pop
Source: http://www.disneyabcpress.com/abc/shows/once-upon-a-time/episodes/souls-of-the-departed/photos/ 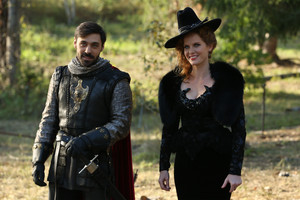 Once Upon a Time - Episode 5.09 - The Bear King
added by Saejima
Source: abc 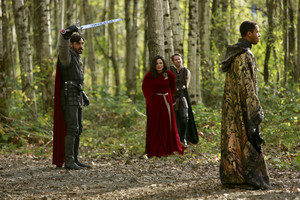 Once Upon a Time - Episode 5.08 - Birth
added by Saejima
Source: abc 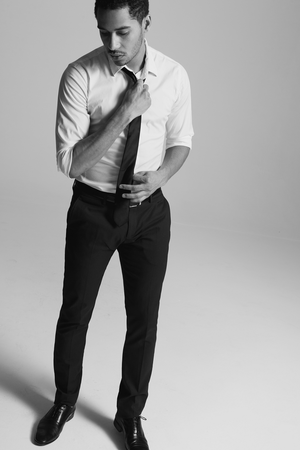 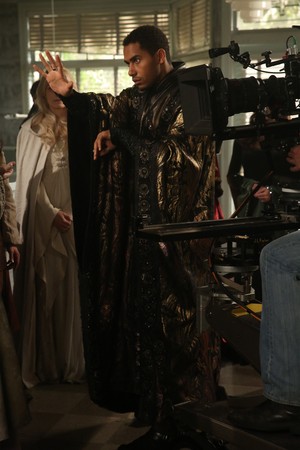