1
The 1D Night Chase part 1 chapter 4
posted by LOVESLOUISMORE
Louis's P.O.V.
After Shannon and the boys had done some races and games, Shannon's friend Cory came up to us.
"Hey Cory" Johnny said as Cory ran up to them.
"Hey guys, guess what, to late we can have the party tonight" Cory said, everyone was excited.
"OMG Yes, this is going to be great" Shae said.
"Shae we get to wear those dresses" Shannon said, and with that Shannon and Shae started jumping with joy.
"But we have to get ready soon, otherwise Sarah G and Madison S will get first dibs" Cory said in a serious way.
"Well go book the school and then we will met you at the school for the party" Shannon said.
Cory then ran off to go book the hall.
Then Shannon and Shae came over to us we weren't sure why.
"Guys do you want to come to the party tonight?" Shannon asked.
"Sure" We all said.
"Great, well go get ready" Shae said super excited.
We went to get changed, we all wore shorts and a T-Shirt.
"Alright guys let's do our hair" Zayn said.
So we all did our hair.

Shae's P.O.V.
Shannon and I went to get changed into our special dresses that we brang with us.
Shae's Dress:
link

We got changed and put on soem lite mak-up, we're not very big make-up fans.
Madison didn't bring any dresses because she didn't know that there was going to be party's.
"Shannon and I are going to go get One Direction, okay guys" I yelled as I left the room.
"Yeah see you there" Will and Johnny said, they were goingto take Madison to the party so that Shannon and I could spend a little time with Harry and Niall.
We then left for the boys cabin.
"Guys, can we come in" Shannon said as she knocked on the door.
"Yeah" Louis said.
We opened the door and the boys just stared at us.
"What?" I said confused.
"Girls can we keep this party PG rated?" Liam said, we just laughed.
"Well, are going or not?" Shannon asked.
"Yeah" Harry said grabbing her hand and Niall grabbed mine.
We then went to the party, but when we got closer we had to let go of each other's hands because of Madison.

Niall's P.O.V.
When we got to the party/school everyone was helping themselves to the food and dancing.
"Let's go Shae" I said motioning to the dancefloor.
"Alright" She said, and with that we were dancing.
Shannon and Harry had starting dancing with Louis and they seemed like they were having a great time.
"Hey guys, can Zayn and I join you?" Liam asked.
"Sure" Shae said, still dancing of course.
We were dancing for ages and then Igot just a little hungry so I made a big thing off it.
"Shae, I'm hungry" I complained.
"Well go get some food" She said still dancing.
"But what if someone takes you?" I said.
"Fine, back in a minute" She said to Liam and Zayn.
She took me to the food table, lucky she did because she was hungry!
"So, are you happy you came wth me to the food table?" I asked.
"Yes because I am hungry" She said.
After we had some food Liam and Zayn had already went to Harry, Shannon and Louis so we decided to join them.
"Hey guys" I said walking up to them.
"Hey, have you guys seen Madison?" Shannon said, she seemed very stressed.
Shannon just forgot about it and we just danced, we had breaks of course but they weren't big breaks.
We had been dancing dancing for a long time until the music stopped so we all looked to see two girls, Shannon and Shae were shooked when they saw then.

Shannon's P.O.V.
Madison S and Sarah G had shown up at our party Everyone except 1D were shooked.
"So, what do we have here?" Sarah said.
"Go away" I said sounding very angry.
"Why should we?" madisom said.
"Because I said so" I said stepping foward.
"Wait, that is One Directon" Sarah said.
"OMG" They yelled.
"Boys, wouldn't you rather hang out with us rather then them" Madison said trying to sound sweet.
"No" They all said.
"Girls, your not wanted here so I suggest you leave" I said walkingup to them.
"Wait Shannon, who are these girls?" Harry said.
"These are those stupid girls that held that party" I said.
"Yeah, because we are better then you" Sarah said.
"Guys just leave" I said.
"No, we want to hang out with One Direction" Sarah said walking past me and up to the boys.
"Please leave us alone" Niall said.
"Fine, by the th way, here's my number"Sarah said giving Niall a piece of paper and winking.
Madison did the same to Harry and that made me mad.
"Get lost now" I said as they walked up to me.
"Fine" They said before they pushed me to the ground.
They then left, thank god.
"Ouch" I said as Harry and Louis came up to me.
"Come on lets go back" Harry said picking me up bridal style.
He took me back to my cabin and then left with the boys.
larryisa_styles likes this
1d_is_cool Cool! Party
3
my baby sitter liam payne louis T. harry styles niall hoarn zayn part 5
posted by alexstyles
Dear diary,today zayn has gotten worse but the doctor said he has some kind of medicine that can get his memory back so now we only have to worry about it for another week but he can't go to his big concert because the doctor said he can't perform on stage till he gets the medicine so I was just about to call Harry and tell him when I thought wait Harry kissed me yesterday right after we got away from the boys so Harry always kisses on the first date now were dating so how am I going to tell my boy friend to cancel a huge sold out concert so the boys can blame zayn but to think about I don't...
continue reading...

1
This Is Us
added by Blacklillium 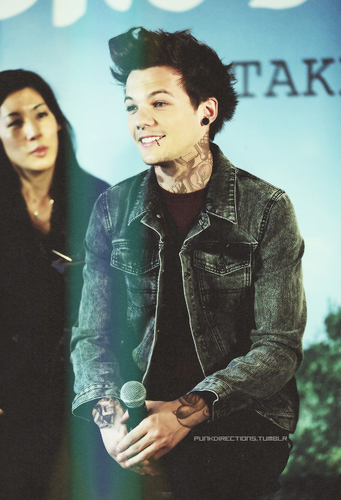 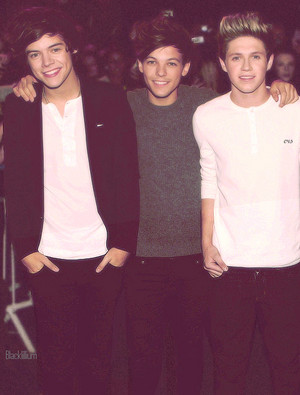 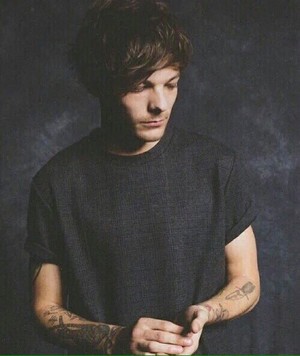 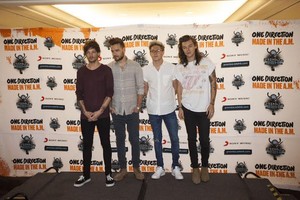 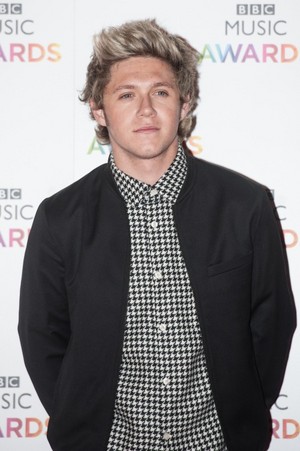 1
Where We Are Concert Film (x)
added by ChrissyStyles1 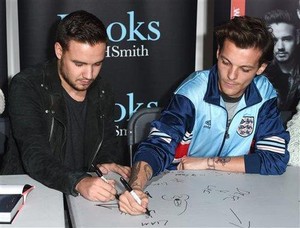 Who We Are - Book Signing
added by Blacklillium 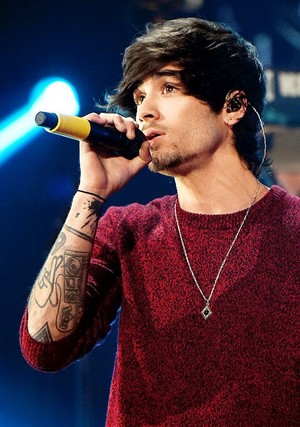 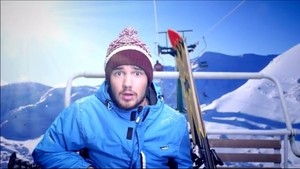