2
Boa Hancock... Why She SHOULDN'T Join The Straw Hats
posted by Lulu50000
I know that there are a lot of people out there who want Hancock to join the Straw Hats. And she just might. But I'm just going to name a few reasons why she shouldn't...

I like the Crew the way that it is right now, and I know that there are a lot of people who agree with me. So, if anybody is going to join, they had better be strong, funny and awesome. And though Hancock fulfils these requirements, I still don't think that she should join the Straw Hats.

Please, don't misunderstand. I absolutely LOVE her character! She is funny and strong and awesome, just like I said, but her joining would just cause far too many problems. And those problems, are going to be what this article is about. Again, I'm not trying to start a fan-war or anything. I'm just stating my opinion.

The first question that I would like to put out there is: If Hancock joins the Straw Hat's, what would happen to the Kuja Pirates??? Well, the answer is simple. They'd have two choices. They'd either have to disband or join Luffy's crew as well. And I, personally, don't want either.

I, as a girl, have always enjoyed the fact that there is an All Girl's Pirate Crew in the World of One Piece. And having them join the Straw Hat's, would just ruin that.

Also, if they were to join Luffy's crew, the crew would become rather large. And I've always enjoyed the IRONY of the Future Pirate King's crew being petite. Just a small group of misfits who really don't belong ANYWHERE. Except for there. And having the Kujas join would destroy that Irony. Plus, what would Sanji do, being surrounded by so many women???

Now, you might say "Well, why can't someone else just be their Captain." I'll tell you why. What exactly do you think the World Government would think of Boa Hancock, A Shichibukai, one of the 7 Warlords of the Sea, joining another Pirate crew??? And not just any crew, no... The crew of the son of the World's worst criminal. Who entered each of the World Government's top 3 facilities; of his own free will; caused havoc in each of them and escaped ALIVE. I don't think that the World Government is liking Luffy too much any more.

Boa Hancock's status as a Warlord is the only thing keeping Marine battle ships from coming and buster calling all over the Island of Women. Because to them, it's nothing but a whole island of pirates. Hancock's Warlord title is the only thing protecting the Kujas. However, if Hancock were to join the Straw Hats, then that Title would most likely be revoked.

Another problem that I would like to bring up is the fact that Hancock loves Luffy. I know that there are a lot of Fan-Fictions out there with stories about One Piece characters falling in love. However, the fact still remains that One Piece is not a Romance series and it never has been. In fact some people consider it a breath of fresh air; a relief; to get away from the whole love aspect of manga to a series purely about adventure. A man's Romance, as one might call it. And I, personally, think that too.

Her one and only priority will be to win over Luffy's heart. Again, One Piece is not a Romance. Fans can have their Fan-Fiction stories, but I don't want any of those things to really happen. Love isn't important in One Piece. Besides the odd pervert (ie. Sanji) it doesn't really matter at all. We don't need another Sanji on the crew. One completely love obsessed Straw Hat is enough.

So, to sum it up, I don't want Hancock to join the Straw Hats because it would just cause far too many problems. Thank you for reading this. Again, I am NOT trying to start a fan war. I'm just stating my opinian. So, please comment.
blackpanther666 and wishey like this
timmotei I AGREE !!! I hate all those comments about them falling in love. But one thing you didnt say anything about is that Hancock kinda is an ally of the straw hat pirates now. And she is a warlord, if she can still hold that name and help Luffy without the goverment knowing. It would be the best type of ally The Straw Hats could have. And we all know how many allied pirate crews Whitebeard had, i actually think its cool that Straw hats got some now. Well they got Hancock(and her crew) , Jimbei, maybe some of the old whitebeard pirates? , Law helped him before maybe he still will. And fishman island ofc. They even got Gol D Rogers right hand man, Ivankov and Dragon are maybe going to keep backing them up?(If something really really bad happens).. And ofc. Shanks, The red haired Yonkou.
Lulu50000 Darn! I wish that I had put that in there. It's a really good point! Oh well. Thanks for agreeing with me and being the first to comment!
Abed092 I agree with everything u wrote. And I personally don't think Oda introduced her to become Luffy's nakma in the long run anyways. And even though I adore her character(even though she hate men to a horrible degree. She'd probably turn me to a stone if she was real O_O) if she dropped her Shichi title just because she loves Luffy and want to stay with him forever, I'll lose all the respect I have for her and I'd start hating her because she'll be the sole reason her home island( Amazon Lily) turned to ashes. Don't u agree?
Lulu50000 I do agree! And anyone that wants her to join obviously hasn't thought about the consequences.
Gigglepud I have no preference about whether Boa Hancock joins the crew or not, because if Oda was to do something, he'd make it work ;) and I agree with a majority of your points, but I find this paragraph a little contradictory :/ "Please, don't misunderstand. I absolutely LOVE her character! She is funny and strong and awesome, just like I said, but her joining would just cause far too many problems. And those problems, are going to be what this article is about. Again, I'm not trying to start a fan-war or anything. I'm just stating my opinion."
Lulu50000 What I mean by that is I like her character, but I don't want her to join the Straw Hats. I want to see more of her, but her joining the Straw Hats would cause lots of problems, so she shouldn't. And I've seen on other sites how someone's opinion will start up a lot of people contradicting and it becomes really intense, and I didn't want that to happen. That's basically all I meant by that.
koga191 I agree.... I never wanted Hancock to join cause i had a deep feeling that one piece would never be the same. I actually never thought about what would happen to Sanji (also Im worried about Brooks). Brooks would also suffer as well.. he might be just the extraordinary perverted gentleman but he will still fall as a victim. Even though Boa had fantasies of Luffy kissing and flirting with her and the love triangle which she claims 'she refuses to lose'. One Piece would never be the same with Boa around.
MangaHeadOP I AGREE!! BIG TIME
almazzz i agree to what uv wrote oda iichiro is not stupid to just randomly pick characters to join the crew i dont think anyone is gonna join after there in the new world or maybe 1 could join
wolfmaster3000 I don't think it's Boa whose going to join I think it's going to be Jinbei
Lulu50000 @almazzz: I think that two more people are going to join the Straw Hats in the New World. Not because Luffy said that he wanted a crew of ten (I think that's silly reasoning) But because I think that when he reaches the end of the Grandline, Luffy's crew is going to have a huge showdown with Blackbeard's crew. So, they should have the same amount of crew mates so that each Straw Hat fight's a Black beard pirate. I'm just guessing though, but I think that's how it's going to happen :)
KaNeaTieS I have to agree... I don't think BoA is suitable to join Strawhats. To sum up all your points, I came out with 2 major ponts- 1. She already has Kuja and She needs to protect Them. 2. Sanji would be so jealous he might even leave the Strawhats. I have the same guess as wolfmaster3000 that Jimbei is more likely to join Strawhats as compared to BoA, Jimbei himself had mentioned that he'll accept the Strawhats invitation in the future. What I really wish to see is also Vivi joining back the crew after her country, Alabasta, becomes safe and stable; perhaps in the later part of New World. P.S. 1 of my biggest dream in OP story development. : D 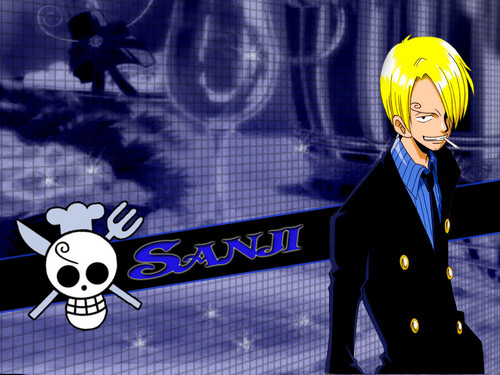 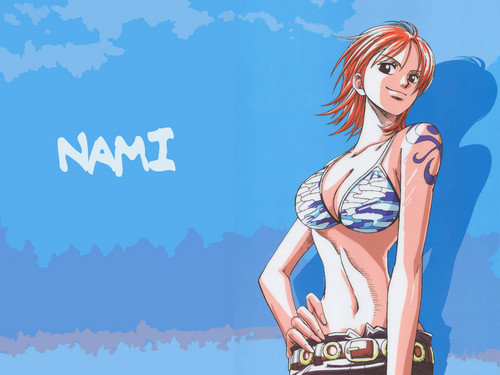 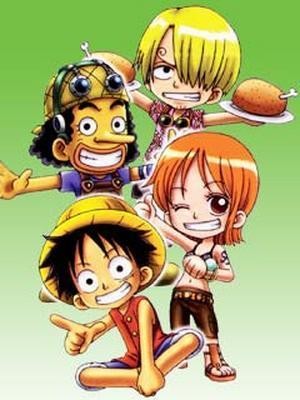 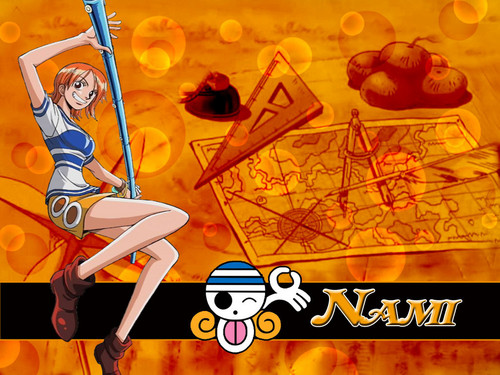 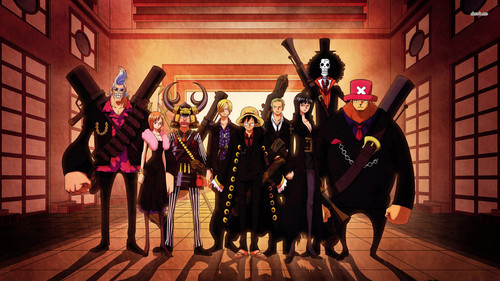 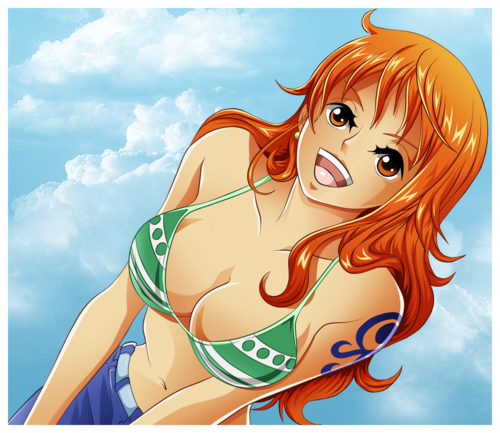 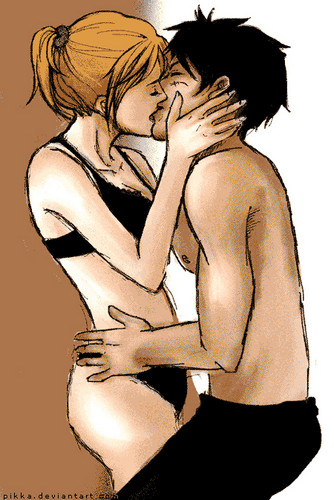 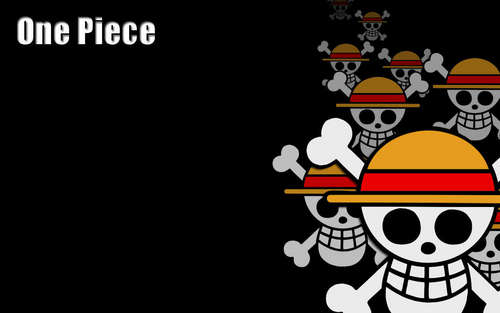 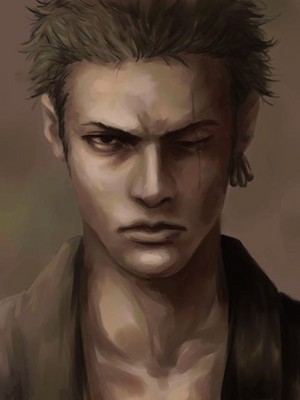 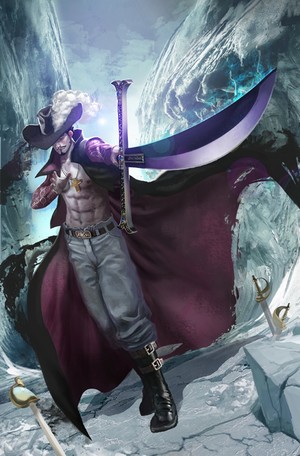 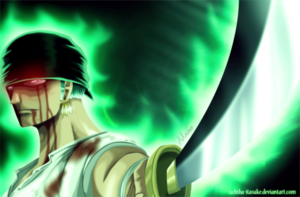 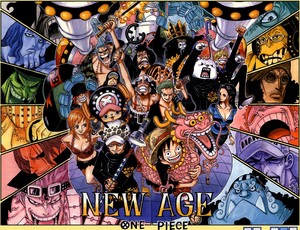 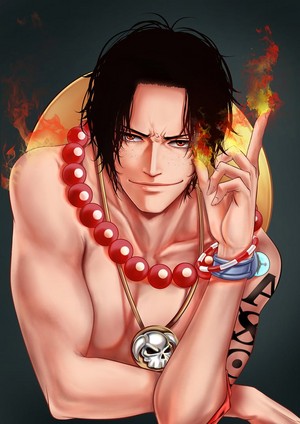 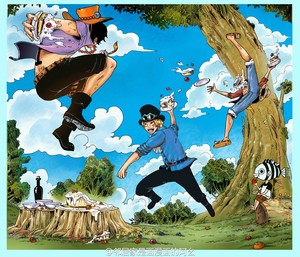 1
one piece asl
added by blue-roze 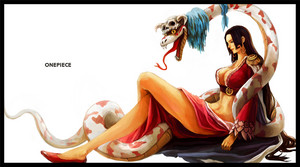 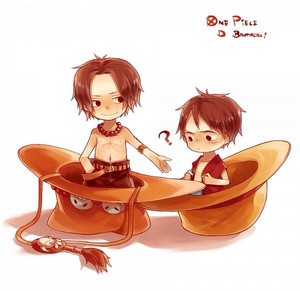 One Piece Ace and Luffy
added by Sasha_Andreevna 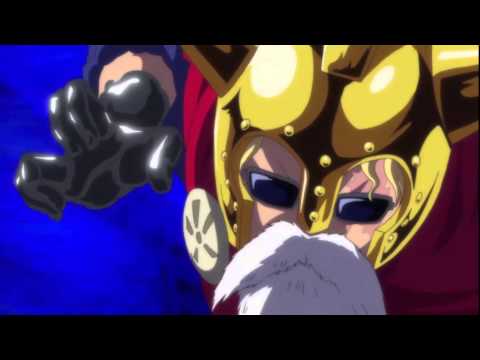