9
The Pirate King's Son - Chapter One
posted by blackpanther666
[His Dream Is To Be Yonkou! Meet Monkey D. Ace]

The young man with dark hair laughed handsomely, it was simply not his lucky day, but for a carefree guy like him, nothing seemed to worry him. Just like his father. He clung to the side of the boat, knowing that he would be dead if he fell into the sea. Like his father, he had consumed a Devil's fruit at a young age. However, his father had been proud of him, not angry. According to his father, Shanks had been furious when he found out that Luffy had eaten the Gomu Gomu No Mi. However, Ace's fruit was much different to his father's. His fruit was also a Paramecia-type, but it was special, a Rare-Paramecia. It allowed him to change his body, at will, into any substance he wished, unless that substance was completely intangible, like air, water, darkness, light and such. Sand was about his limit for intangibility, and that also had a weakness in water. That was the beauty of it. He had eaten a pseudo-Logia fruit, really. Luffy hadn't though of it in that way, he was just thrilled that his son had found a powerful fruit and eaten it. Luffy wasn't the smartest man alive, but he was definitely the most powerful man currently alive, even more so than the four Yonkou; Red Hair Shanks, Marco the Phoenix, Trafalgar Law and Kaidou the Beastman. They were four of the strongest pirates in existence. Fortunately, Shanks and Marco were allies of his father and Law was simply uninterested in squabbling with the Pirate-King. Kaidou, on the other hand, was a real pain. He was rude, uncouth and stupid. He was the Yonkou that Ace was going to confront, then Ace would be a Yonkou and would complete the set of complacent Yonkou, who would be allied with his father. One day, the Marines and World Government would be peaceful and agree that Luffy's ideals were not so bad. It was better than having to put up with that Akainu. The Fleet Admiral was probably Luffy's biggest enemy, and he was powerful... Since the last time Luffy had fought him, he had reported that Akainu's fruit was difficult to get past, and, because of his father's Haki, that was the only reason that Luffy had obtained a bittersweet victory and revenge against the man. Long ago, Akainu had killed Luffy's brother, a man named Portgas D. Ace and Ace's namesake. Luffy had loved him with such intensity that it was the first name he vowed to name his own child.

I wish I had met you, uncle Ace. My own namesake... Then again, I wouldn't be Ace if he had of survived... Not that I care, I'd rather have had the chance to meet him, than be named after him... Oh well, it ain't so bad, when you never knew the person...

Anyway, to cut things short, he was about to fall, so he stopped thinking and used his fruit to change his arms into rubber. Then, he flung himself back into the deck of the relatively small ship and landed right next to the man who had thrown him off.

'Huh? What the hell? I just threw you off, how'd you get back on here?'

'Shut up!' Ace snapped, as he changed his arms into titanium and sent the man flying at the onboard cabin. The door seemed to be weaker than the man, so it gave way, as the man squealed his dislike of the situation and crashed into a heap, along with the broken parts of the door. Ace let his arms change back and walked towards the cabin, knowing that it had been the quarters for the ship's Captain, who would probably now be in a foul mood.

The crew members shuffled backwards, away from Ace, as a large man stumbled out from the partially-wrecked cabin, with a massive sword. Ace stared at him, trying to discern whether he seemed like he had eaten a Devil's fruit. However, it was unlikely, unless he had eaten a Logia, which was unlikely in itself.

Besides... My fruit is more than enough to counter even a Logia, as long as I use it properly. I guess I can use Busoshoku Kouka, too, since my father taught me how... I just haven't used it yet, but he said it is easy enough to perform...

'YOU! I don't know you... What position do you hold in my crew? Was it you that smashed my cabin, huh?'

Ace decided that the man must be pretty dense, if he still hadn't even worked out that Ace wasn't a part of his crew.

'Your crew...? Don't make me laugh. They are too pathetic to be called a crew! And, yes, I smashed your cabin, you idiot! Geez...'

'WHY YOU LITTLE!' The man raged even more and ran at Ace. He was much too slow, though. As he went to slash at Ace, the smaller man dodged easily, slipping past the bigger man and kicking him from the back. He sprawled forwards, but growled and pushed his great weight back up. Swifter than before, he swung at Ace; however, it was still much too slow and he found himself backtracking, as he tried to find where Ace had gone.

The big man turned around when he heard Ace's voice, but it was too late, as the attack had already been fired. Two large chunks of sharp metal had been flung from Ace's body at full force, and, before the man could even move, they collided with him, sending a spray of blood outwards, while the man careened back towards his cabin, smashing into part of the wall.

The other members of the pirate crew looked at him, fear evident in their eyes. He laughed simply and waved them off.

'Hey, come on... I don't have a grudge against you guys. If you want, you guys can be pirates with me, at least, until we get somewhere, so I can recruit some crew members. Then, I'll let you guys walk away from here unhurt. What about it?'

One of them stared at him. 'We don't get much of a choice, do we... What will you do if we refuse to take you anywhere?'

Ace stared back. 'I don't know... Steer the boat myself, I guess. The trouble is, I have no experience, so I might end up sinking us all...'

'Is that a threat? Or are you being stupid?'

'That's not very nice. I'm trying to play nice here, when I'm obviously stronger than all of you put together. Just co-operate with me and then you can go off and do whatever you like... Join another pirate crew, or whatever... I'm guessing it wouldn't be bad to get away from your oaf of a Captain. He's pretty weak.'

The man who had replied before nodded. 'That's true. Well, we'll take you somewhere, providing you let us go free. By the way, our Captain wasn't that weak – He managed to get a 20 million beri bounty... These days, it isn't much, but it isn't bad for him.'

Ace looked at him unblinkingly. 'Well, I'll hand him over to the Marines, then I'll get the 20 million beri reward... Then, I won't have to take this boat instead.'

'WHAT? You were planning to steal our boat?'

'Yes. Is there a problem with that?'

The man stared back, utterly incredulous. 'Is there a problem with that? Yes! Of course there is a problem. If you took our boat, we wouldn't have one.'

'So? You were going to join another pirate crew, anyway. I figured you wouldn't need the boat...'

'Just take our former Captain and give him to the Marines... You're not having this boat! Anyway, speaking of him, you should chain him up, or something... Otherwise, he'll try to escape.'

The other man sighed, trying not to bang his head against the mast pole. 'Because, if you use the metal from your body, to chain him, then it will solve the problem.'

'Oh, I see. But, I can't do that. It doesn't work like that – I'd have to chain him up with my arms, and then stay like that until we got somewhere interesting.'

'Well, if you want that 20 million beri, I suggest you do exactly that.'

'Okay, okay... Geez! The things I do to get money in this world...' Ace muttered, walking back towards the damaged cabin. 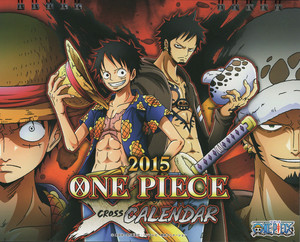 ººoNe PiEcEºº
added by RAICAL

*Sabo The Revolutionary*
added by KEISUKE_URAHARA

*Sabo The Revolutionary*
added by KEISUKE_URAHARA 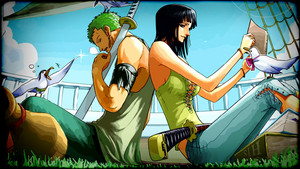 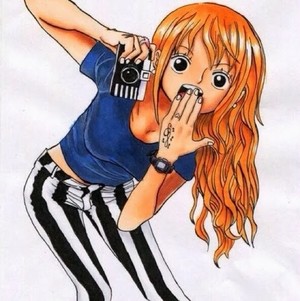 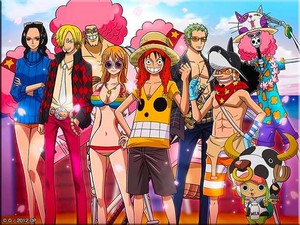 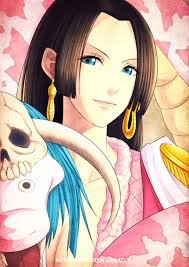 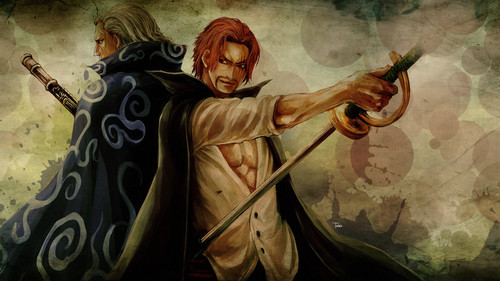 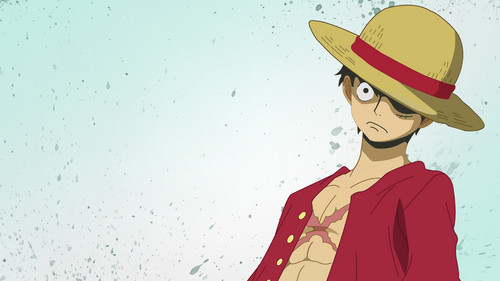 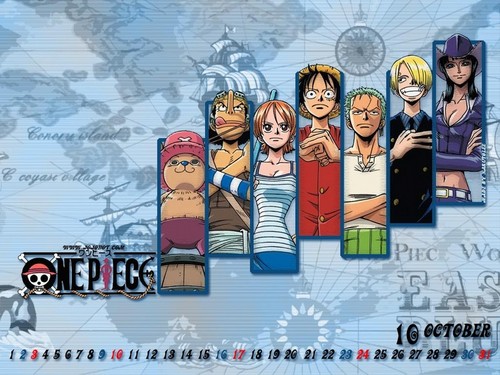 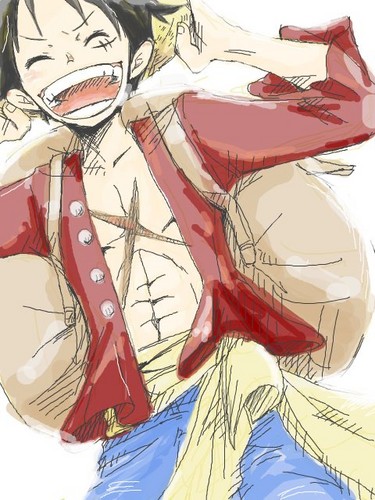 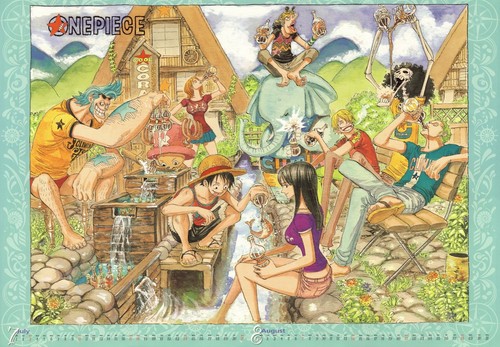 1
One Piece
added by Ionelia 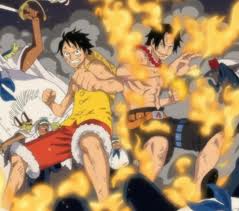 Ace and Luffy
added by Fitch