With the marines ever closing around him, Ace was beginning to get pissed off. Rows and rows of them continued to make their way closer to him, attempting to box him in and starve him for room to attack. Changing his arms to rubber, he flung himself over them and ran towards Iceberg II and the other man.

'I'll be back... I'll fight them elsewhere! It looks like more will be coming to help out, so I'll be better off fighting somewhere without people around. See ya!'

With that, before they could even respond, Ace was gone, dust trailing behind him, as he used the Eki Eki No Rocket to fling himself over the gate and land by the last of the marines. The marines automatically turned and ran at him, while the commander and the other marines began to move out of the shipyard and towards his location.

'After him, you fools! We can't let him escape.'

At this, the marine soldiers sped up and followed him to outside the gate. Ace turned and sprinted off in the direction of the non-populated area of Water 7. In the distance, he could see three more marine boats sidling along the coastline, heading close to where he was going. He grinned to himself and lead the rest of the marines away from Galley-la company. Finally, he stopped and turned to look at the puffed marines behind him. Again, he grinned, laughing at their expense, noting that he had worn many of them out, just from making them run so far.

'You guys aren't very fit! I thought marine soldiers would be able to take more than that! You're weaklings...'

The marines snarled at him and began firing their rifles, while the rest ran at him, their swords drawn and their pride urging them to forget how puffed they were and destroy their tormentor. Ace dodged all of their attacks, still laughing, then used the Eki Eki No Gatling gun on them, knocking many of them out. Then, the commander appeared in front of him, using his Soru again. Ace changed his arms back to titanium and, before the commander could respond, used the same Haki-imbued attack to spear him directly in the chest.

The attack seemed to scrape at the hardened skin of the commander, then bounced off, leaving a small bruise and a tiny bit of blood seeped from the wound.

'Eh? What was that?' Ace said, frowning in confusion, displaying that particular trait that his father had always displayed, even in the heat of battle.

'Are you an idiot? It's Tekkai! It's a Rokushiki art, that causes the user's skin to harden like iron... you really are the son of the Pirate-King, aren't you...?'

Ace stared at him, unblinking. 'Yeah. So?'

'You really are an idiot. We won't stop until you're in Impel Down, you pirate scum! Just because we're in the Great Age of Pirates, doesn't mean you can get away with being one... you're finished!'

'Like I'm gonna believe that... it's over for you. See those three boats over there? Well, Vice-Admiral Kasuji is aboard one of them... with his terrific power, he will utterly destroy you, even if you do somehow beat me. You can't win, pirate!'

Ace smiled. 'Then I'll defeat him and find a pirate crew to sail with me... I don't care about some stupid Vice-Admiral! I'm not leaving Water 7 until I have a boat and someone to sail it for me!!!'

'I hate to break it to you, kid, but that ain't gonna happen. Kasuji-taicho is the strongest Vice-Admiral, even stronger than Vice-Admiral Smoker... you aren't getting a boat, you're going to Impel Down.'

A vein throbbed in Ace's head and he slung away the straw hat his father had given him long ago. 'Didn't you hear me? I'm not leaving here until I have a boat! If you try and stop me, I'll destroy you all!'

With that, his anger fueling him now, he used the Eki Eki No Pistol and hardened his arms with the titanium again. The commander didn't get a chance to even use his Tekkai and he dropped to the ground, his eyes bulging out of his head with pain.

Meanwhile, the marines had landed and Vice-Admiral Kasuji stepped off the boat.

'Stay back. If he is truly the son of the Pirate-King, then he will be strong enough to take any of you out. I'll handle this myself.'

The marines nodded and stayed where they were. In the distance, Ace was knocking their colleagues out, one by one, sometimes in the tens and twenties. Vice-Admiral Kasuji began to walk slowly towards Ace, his hands curled into fists, as he watched more and more marine soldiers drop to the ground, defeated by Ace. Step by step he inched closer and closer to Ace, until even Ace turned around, ignoring the marines and stared the Vice-Admiral right in the face. Kasuji finally stopped within a meter of Luffy and glared at him.

'So, you're him. The son of that idiot, Monkey D. Luffy. You're responsible for the death of a marine soldier, as well as using excessive force on a number of them. But, your greatest crime is that of being a pirate... what do you have to say for yourself, before I take you down a notch?'

Ace waited a moment, before speaking. 'If you stand in my way I'll defeat you and step over your body. I'm not leaving this island without my own pirate ship and I'm definitely not going to rot in some stinking prison. Get out of my face!'

Kasuji ground his teeth in rage and snarled back. 'Rubbish! You're going to Impel Down and nothing will stop me from personally taking you there. Get ready for defeat, pirate!'

Kasuji drew his sword, which seemed to be a Meitou, and faced Ace down. 'I've never lost a fight to a pirate... even if you take the cuts from my blade, there's no way your fruit will be able to stand against my own. When I defeat you, I'll be made an Admiral... Fleet Admiral Sakazuki will promote me for this, he hates Monkey D. Luffy and will stop at nothing to get him, too. Can you guess what my devil's fruit is? Try punch me!'

Ace did exactly that, but, as soon his fist came in contact with Kasuji's body, it turned to water. Ace's fist when right through and he stumbled, falling foward, before Kasuji was upon him.

A massive geyser of water gushed from Kasuji's body, becoming like a tidal wave.

'You see? I am the holder of the most powerful Logia... I can control fresh water and my body can turn to it. Since you don't seem all that smart, I'll enlighten you. Fresh water does not 'anchor' the body of a fruit user, it's only salt water which can do that, hence why we call seki seki 'sea stone', because it simulates salt water and shuts down the powers of any fruit user. But, the reason why my fruit is so powerful, is because I can convert salt water to fresh water, without even touching it. As long as I can produce enough fresh water myself, then I can use that convert the salt water into fresh. You can't possibly win against me!'

Ace stood up, a look of rage on his face. 'You'll never ever touch my father!!! I'll kill anyone who tries! Your devil's fruit is strong, but I won't lose to you! You don't know the powers of my fruit yet.'

'Actually, I do. You can imitate any substance, so long as it isn't salt water. Against a Logia, however, such a fruit will not be sufficient... a Paramecia doesn't stand a chance against a Logia-type, even an imitation Logia.'

His eyes widened in surprise at the words of Kasuji. However, he clenched his fists, turned his whole body into ice and charged at Kasuji. Kasuji grinned and began to purify the water from the ocean, until he had a ridiculous quantity of water. He circled it around Ace, until he disappeared from view and then let it go, so that it all came crashing down upon Ace. Then, he turned his body to water and surged across the ground, until he was standing at the remnants of the water and Ace. He slammed his fist into Ace's body.

'It's over, pirate. You cannot win against the power of the Mizu Mizu No Mi. Give up while you still can and I'll go easy on you till we get to Impel Down.'

Ace dragged himself up and stood again, breathing slowly, but surely. 'You haven't defeated me yet... I won't lose to you. My father taught me to use Haki, but he also taught me about utilising my powers when I change to rubber... so, I can do this...'

He changed his whole body into rubber, even his vitals, then began to pump his blood faster and faster, his legs doing the work. Steam began to issue off of his body and it turned a slight tinge of red. 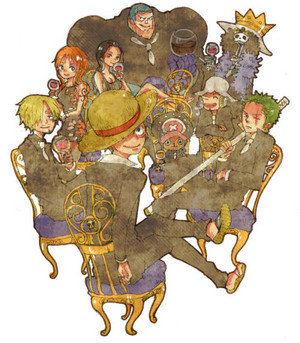 One Piece
added by Sakura-Asu 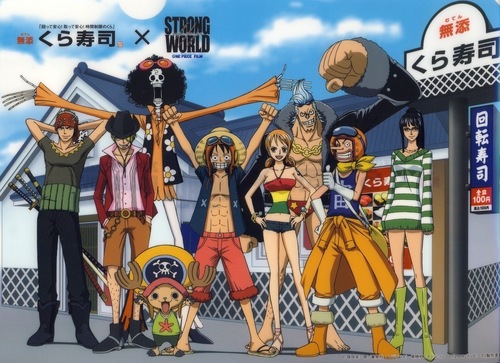 1
Luffy as a kid
added by Ionelia 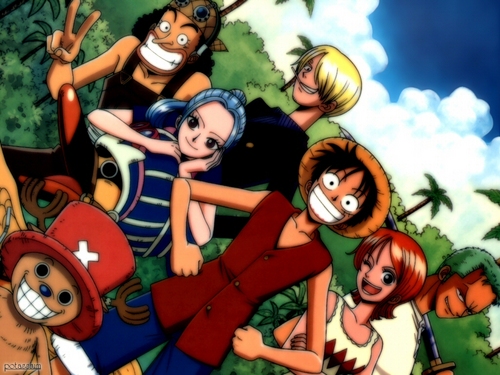 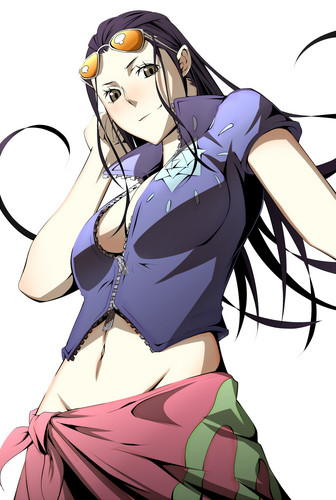 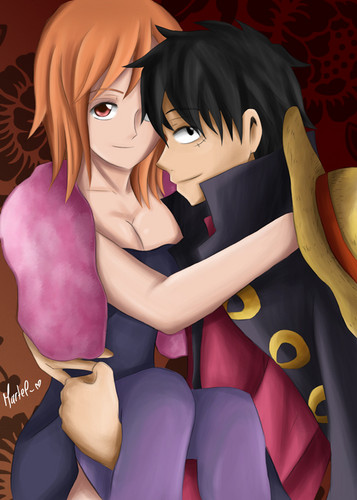 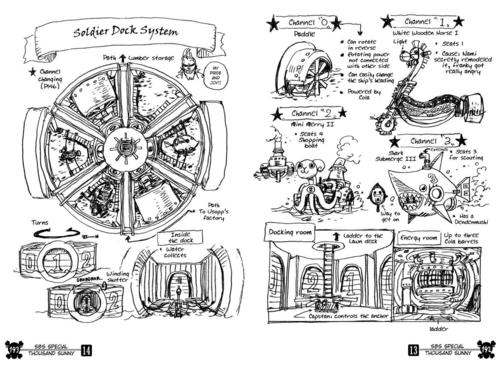 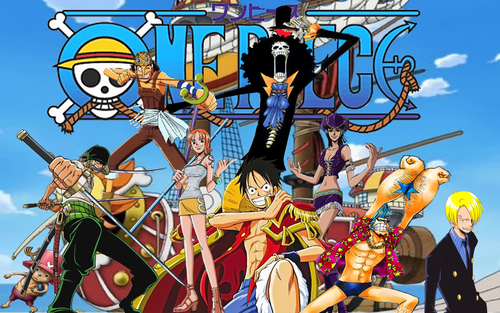 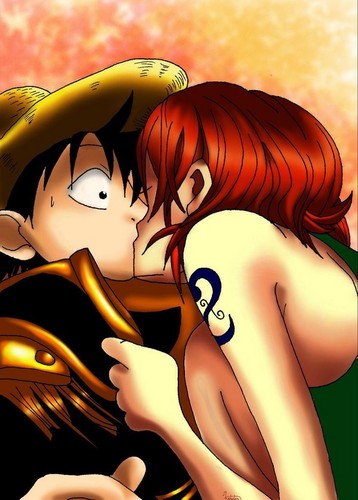 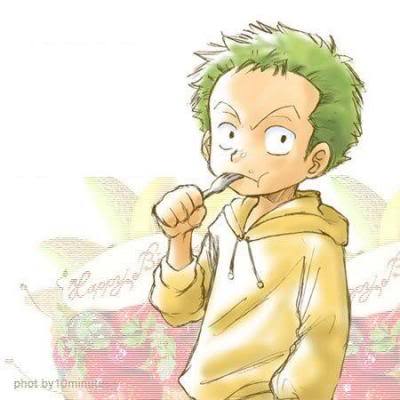 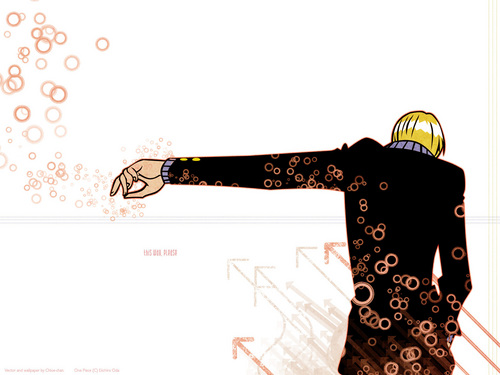 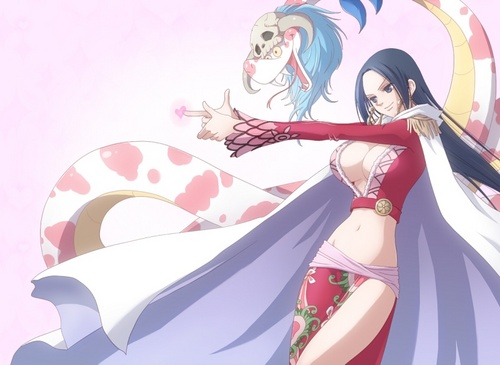 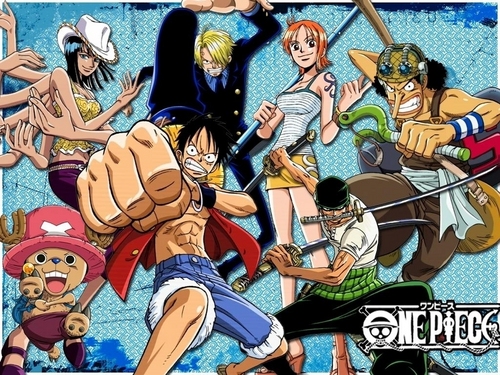 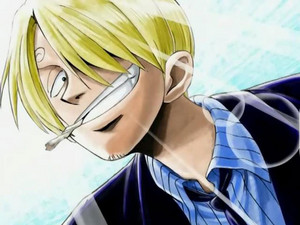 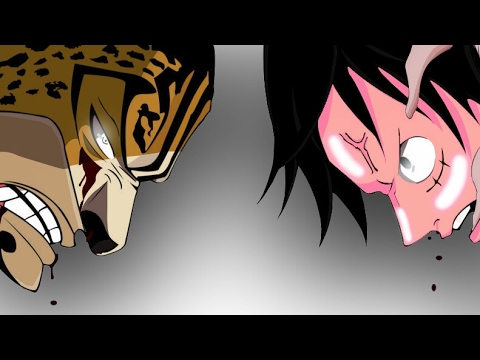 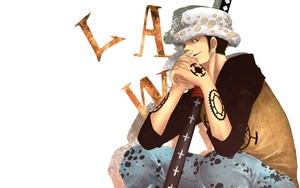