6
Movie Script Ending [A Brucas/Naley Fanfiction]-Chapter Seven:Pick A Bigger Weapon
posted by luvrgirl101
Lucas thanked God for his silver convertible as he sped down the highway, dodging any oversized cars that got in his way.

He was pushing eighty, and if he had to, he’d get to a hundred. He just needed Brooke to know that he loved her- that he would never hurt her. He had to get to her, before it was too late. Before he’d lose her completely.

Then again, he could have already lost her.

Shaking his head, he coiled his hands tightly around the wheel. No. No, he hadn’t lost her. He couldn’t have. He just needed to take drastic measures. And then everything would go back to normal.

Normal. Lucas almost laughed. And honestly, what was normal? They hadn’t been normal since the accident. At this thought, Lucas actually laughed. What had happened was not an accident. Far from. That prick had hurt Brooke on purpose. He hoped the bastard was rotting way in prison.

As he pulled onto one of Tree Hill’s main roads, he zoomed past shops and restaurants, keeping an eye out for cops. Suddenly, he spotted a flower shop.

“Flowers! Yes, flowers. Okay.” Screeching to a halt, he quickly made a U-turn, pulling the car into the only free parking spot around, and grabbing his wallet.

He stepped outside, quickly locking the door.

“What the hell was that?”

He turned towards the source; a middle aged, balding man, who had a somewhat New York-en accent.

“That’s a nice car. Have fun totaling it on your way home. But I guess it don’t matter, since Daddy will probably get you a new one afterwards anyway.” The man laughed cynically as if he’d spoken some hilariously true joke.

“Whatever, man.” Lucas rolled his eyes, pulling open the door of the flower shop.

Frankly, he was surprised. You would think that a store that sold flowers would maybe warm it up a little; make the shop a happier place to be. He understood that the flowers might need a little cool air so that they could stay fresh, but this place was a refrigerator.

As he stood there, mentally complaining because the place was too cold, he suddenly realized that he was afraid. He was afraid of Brooke; of losing her; of things never being the same. They had to return to normal, right?

Shaking his head, he looked around for a bouquet she might like. He’d never know if they could return to normal, unless he tried to make them return to normal. Finally settling on one containing a variety of flowers, he hastily paid for them.

Sprinting towards his car, he saw the same man that had pestered him before out of the corner of his eye.

“Oh, getting some flowers for the next date? Be sure to remember her name. Wouldn’t want an obvious womanizer like yourself goin’ down so easy.”

Lucas frowned, carefully placing the flowers onto the passenger seat. Standing straight, he looked straight at the man. “Okay, first, shut up. You know nothing about me or who I am. Second, I grew up with nothing. Probably like yourself. But I actually worked hard and made my own money, putting me where I am today. So, before you pass judgments - don’t. Also, these flowers are for my wife, who’s going through a really tough time right now since she lost our baby a little while ago. And you know, it was really nice talking to you, but I have to go.”

The man looked completely taken aback. He opened his mouth to speak, but then closed it, apologetically.

“That’s right, asshole.” Lucas mumbled to himself, as he climbed into his car.

He shifted the car into gear, remembering Hilary’s words clearly.

“Look, you can’t just expect her to go through this alone. Tell her that you’re there. That no matter what, you’re going to take care of her. Love her. Make sure she’ll be okay. Make love to her, and show her how different you are from that asshole.”

“..Go home to your wife, Lucas. Save your marriage while you still can.”

Brooke circled the rim of the wine glass with her finger, biting her lip as her eyes flickered once more towards the clock hanging above the microwave.

It was so late. God, what if he’d gotten into a car accident? Or he’d been murdered? Lucas was her world. He couldn’t die. It would absolutely destroy her.

Breathing deeply, she managed to control herself.

A knock sounded loudly throughout the house. She jumped briefly, and all but ran to the door. Pulling it open, her eyes crinkled in surprise.

He smiled sheepishly, hands deep in his pockets. “Yeah. Uh, sorry. Is this a bad time”

She took in his appearance. The rain hadn’t been very forgiving. He was soaked to the bone. His dark hair was dripping, and his blue eyes were hopeful.

“Of course not,” She pulled the door open wider, “Come in. Let me get you some dry clothes.”

In a flash, she was up the stairs, and then back down, holding out some of Lucas’s clothes towards him. Ushering him into the bathroom, she then put his wet clothes into the drier, and returned to the entrance minutes later with a smile.

He stared. She stared. There was lots of staring.

“So, I guess I should probably be talking.”

He sighed, looking down, “Haley kicked me out.”

“For good.” He nodded surely.

She was stunned. They’d had their problems before, but it was so unlike Haley to just kick Nathan out. It was so irrational.

“What happened? Did you cheat on her?” She placed her hands on her hips.

“Brooke! No! But hey, thanks for all the credit.”

“I’m sorry. It’s just that I never thought Haley would ever kick you out unless she had a justified reason.”

He shrugged. “We got into a fight and she just told me to leave, and pick my stuff up tomorrow.”

He looked down at her hopefully, “I was actually hoping I could stay here.”

“Here? In this house?” Brooke looked around, as if gesturing.

And right then, in that moment, she felt bad for her brother in law. The poor guy had only tried and tried again to save his marriage with Haley, and yet, despite all his efforts, he’d failed.

She smiled, “Of course you can stay, Nate.”

“I know.” She laughed, pulling away.

“Baby, we need to- Nathan, hi.” He smiled falsely at his younger brother, hoping his visit would be short.

“What are you doing here?” He tried to sound nice. Really, he did. But all he wanted to do was talk to Brooke, and his brother being there did not make this easy.

“Actually, Luke, Nathan’s going to stay with us for a while.” It was then that she noticed the flowers. She blushed.

“Haley kicked me out.” Nathan offered.

“What?” He asked in disbelief.

Lucas bit his lip. “Did you cheat on her?”

Brooke jumped in. “No, he definitely did not. They just got into a fight, and she told him to leave.”

The two watched as he walked upstairs, looking completely broken. Lucas felt bad for his brother. Selfishly, also a little disappointed that Haley had chosen tonight to kick him out. But mostly, he felt bad for Nathan. He knew how much his brother had loved Haley.

Brooke looked towards him, her eyes traveling towards the flowers once more.

“Yeah. I’m sorry I was such a dick earlier on.”

“Please. You have nothing to be sorry for. It’s not your fault Dan Scott is your father.”

Pulling her into a hug, he felt her tense the slightest bit. Sighing, he kissed the top of her head.

He hadn’t accomplished his mission yet.

But he would.
clairemig22, girly_girl and 4 others like this
CheeryDavis oh this was so amazing girly! poor nathan everybody thinks he cheated lol isnt that Lucas' job? Oh the flowers was so cute! and that guy wow something was definitely stuck up his tail! I really think there is going to be a brathan affair, but im not saying anything until i see it! Amazing job hun! reading the next chappy now!
3
Half Light [A Leyton Fanfic/Onesot]
posted by luvrgirl101
Author's Note:Okay.So usually,I write Brucas or Naley fanfictions,and sometimes Jeyton.But,since I know Leyton fans like to read fanfics too,I thought I'd write a Leyton fic.I know this isn't my best oneshot/fanfic,but I still hope you guys like it.Also,this is slightly AU.And if you guys want me to write any OTH fanfics,just let me know by messaging me or leaving a comment,and I'll try to write one for you.
__________________________________________________

She stares at him for what seems like eternity, feeling inside herself that her eyes are betraying her; there’s no way that Lucas Scott...
continue reading...
18
Brooke vs. Peyton
posted by othluver 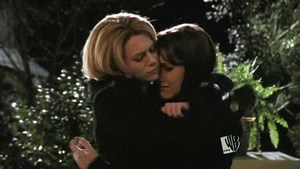 Best Friends
Both Brooke and Peyton are great characters that add alot to the show so Im so sick of people taking one side just because of the altimate leyton vs. brucas debate they say you have to like either Peyton or Brooke, but these to are best friends and they dont always need to be compared to one another because they both different and great in there own way. Peyton is a strong passinate person and brooke is a loveing funny person so we need to stop always comparing them deffinatly now that they arent fighting anymore. Wether there with lucas or not it really dosent matter i mean we can get so mean listing all the things that each have done wrong but when it all comes down to it theve both made mistakes so we really need to stop saying ones worse because without either of them the show would not be the same! 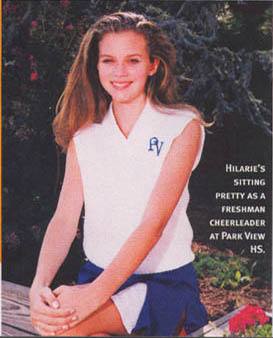 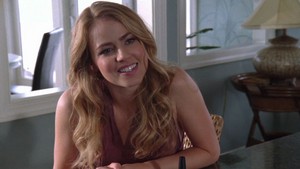 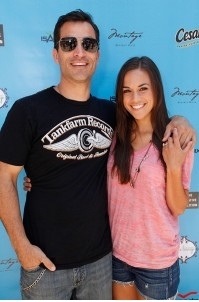 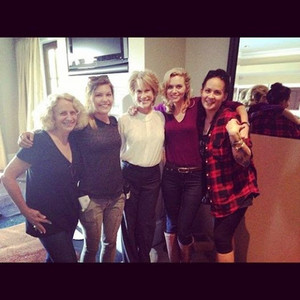 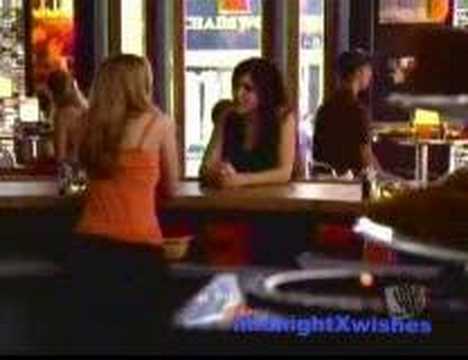