Tree Hill is a small town in North Carolina, home to the famous High School basketball team "The Tree Hill Ravens" and two half-brothers Lucas Scott (played by Chad Michael Murray) and Nathan Scott (played by James Lafferty). The two brothers have grown up in the same town, but have had little or no contact with each other due to the influence of their mutual father, Dan Scott (Paul Johansson).

Dan dated Lucas' mother Karen Roe (Moira Kelly) in High School but left her and his unborn child (Lucas) behind to go to college and pursue a basketball scholarship. In college, he met Nathan's mother Deb (Barbara Alyn Woods) who also became pregnant. Dan married Deb and provided her and Nathan with a stable home and rich lifestyle. In stark contrast, he never once tried to become a part of Lucas' life. Lucas was raised single-handedly by Karen, with help from his paternal uncle Keith (Craig Sheffer), the father figure in his life.

Nathan plays for the Ravens, just as Dan did in his High School days but Lucas is forced to confine his talent to the River Court, until an opening in the lineup gives Keith an idea; he recommends Lucas to the Ravens' Coach, Whitey Durham (Barry Corbin) who asks Lucas to play. This adds to the tension between Lucas and Nathan. Nathan, encouraged by Dan, tries to make life on the team difficult for Lucas, especially since Lucas has his eye on Nathan's girlfriend Peyton Sawyer (Hilarie Burton). Peyton dumps Nathan when she tires of his attitude towards her, towards Lucas and towards the fact that Nathan is using Lucas’ best friend Haley James (Bethany Joy Lenz) to get at Lucas. To Nathan's surprise, he falls in love with Haley and she with him, although their relationship puts a strain on Lucas and Haley's friendship.

Lucas starts dating Peyton's best friend Brooke Davis (Sophia Bush) but his feelings for Peyton resurface and they end up being unfaithful to Brooke, who wants nothing more to do with either of them once she finds out. Brooke has a pregnancy scare later in the season, putting Lucas in Dan's position; Lucas understands for the first time why Dan did what he did and decides that he doesn't want to do the same thing so he offers to be there for Brooke and the baby, leading a guilty Brooke to confess that she lied about being pregnant to punish Lucas for cheating on her with Peyton. Peyton gets close to single father Jake Jagielski (guest star, Bryan Greenberg) and his baby, Jenny, but the return of Jenny's mother Nicki (guest star, Emmanuelle Vaugier) and her decision to battle Jake for sole custody of Jenny drives Jake out of Tree Hill and leaves Peyton on her own.

Karen leaves for culinary school in Italy for a few weeks and leaves Lucas in Keith's care. Lucas almost dies in a car accident caused by Keith's drinking. He also sustains a very serious shoulder injury and Karen's potential romance with Keith is destroyed as a result. Deb tires of the pressure Dan puts on Nathan and seeks a divorce from Dan, but things turn nasty and Nathan is caught in the middle of his warring parents. After learning that Deb once had an affair, Nathan emancipates himself and moves into his own apartment. Karen and Deb become friends and go into partnership together at Karen's café while Keith is forced to sell his Auto-Shop to Dan to pay Lucas' medical bills. Keith proposes to Karen but she turns him down so he decides to leave Tree Hill and move to Charleston saying that he has nothing left in Tree Hill anymore.

In the season finale, the Playoffs have arrived and with Whitey in hospital having eye surgery, Dan is now coaching the team. Lucas and Nathan form a united front against their father but end up losing the Playoffs and their season is over. Lucas decides to move to Charleston with Keith and he and Nathan part on good terms. It is clear that Nathan and Haley have planned to do something after the Playoffs but it's unclear what exactly, though it is implied she is ready to lose her virginity to him. Dan walks in on Keith and Deb sleeping together and then suffers a massive heart attack the next morning as a result. Brooke and Peyton reunite and concoct a plan to get rid of Nicki; Brooke tells Nicki that Jake took Jenny to Seattle (he actually took her to Savannah) and Nicki sets off, leaving Brooke and Peyton delighted. They vow never to let another guy come between them again. Karen gives her consent for Lucas to leave with Keith, but reminds him; "There is only one Tree Hill - and it's your home". Lucas comes to Nathan's apartment to say goodbye to Haley and it seems obvious to him that they slept together, which surprises him as she had said that she would not sleep with anyone until she was married. He confronts Haley about it and is astounded when she announces that she and Nathan got married the night before. Following this groundbreaking revelation, Lucas and Keith leave Tree Hill.
Lindseybear, clairemig22 and 5 others like this
xoxogossipchick Thank you soooooo much!!! I just got into One Tree Hill and I don't have time to watch it so this recap is great!!! Thanx sooooo much!
11
season 4 recap
posted by james_lover
The fourth season consisted of 21 episodes and ran from September 27, 2006 to June 13, 2007.

As the end of High School approaches, everyone finds themselves at a crossroads in their lives. Nathan survives the accident and after some initial confusion, Haley is revealed to be pregnant while Rachel turns her attentions to Nathan after Cooper leaves town, using Nathan's theory that it was really Keith who saved him from the accident to get Nathan's attention. Rachel backs off when she learns that Haley is pregnant and Nathan later learns that he had a vision of Keith and it was this vision that...
continue reading...
9
Peyton Quotes
posted by PoooBoo 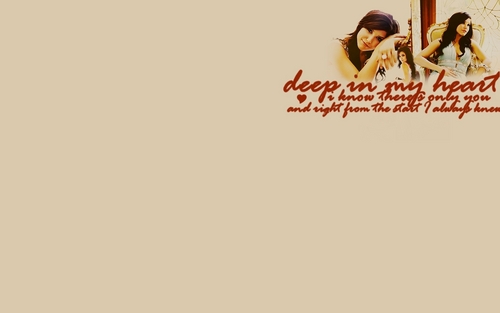 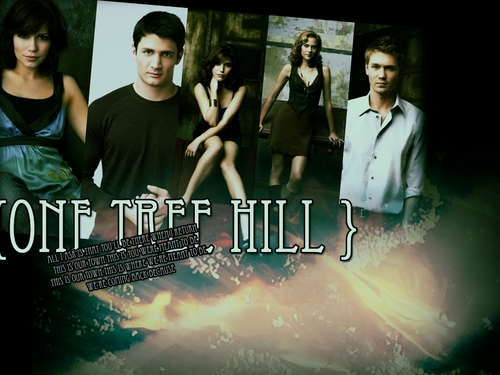 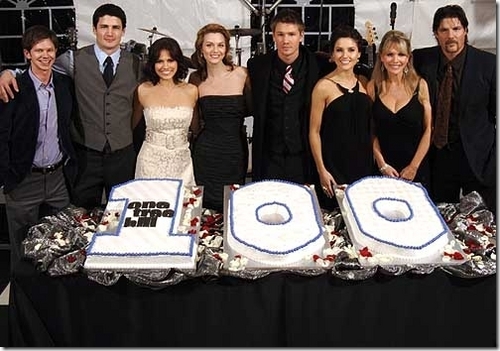 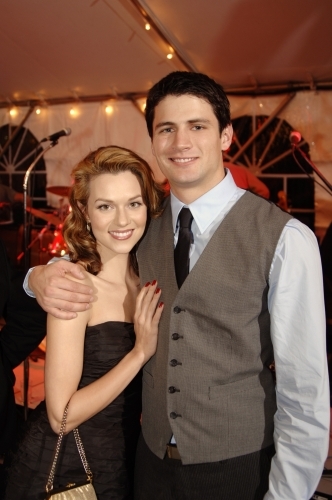 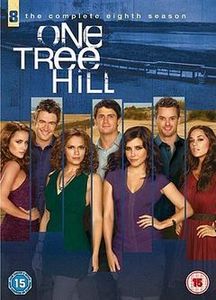 Brooke: Before you say another word, you should both know that I just have just come from the city jail, where I was frisked by a large supposedly female cop who was very thorough in her cavity search. Now speak.

Nathan: Is everything okay?
Doctor: Yeah. I just wanna run some tests.

Clay: I just realized that I haven't seen a single person on this beach all day...have you?
Quinn: No.
Clay: Do you know what that means? Skinny dipping.

Julian (to Brooke): Get ready for my greased lightning!

Haley:...
continue reading...
7
College Essay... One Tree Hill <3 (by yr media student)
posted by Shiningsapphire
One tree hill is a metaphor for the last man, or in this case last team standing; the Tree Hill Ravens' journey to becoming Basketball state champions.

Yet the real tale to this U.S. hit TV series is the story which lives within the team mates; Hormones, Competition and struggle are the essence to this teen sitcom. A story of two Half-Brothers brought together through both Love and Hate.

Sharing thier love of basketball, Lucas (Chad Michael Murray) and Nathan (James Lafferty) join together as the seasons progress along with their ever growing hatred for their Sinful Father, Dan Scott (Paul...
continue reading... 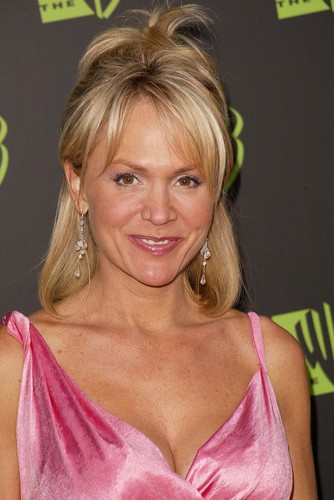 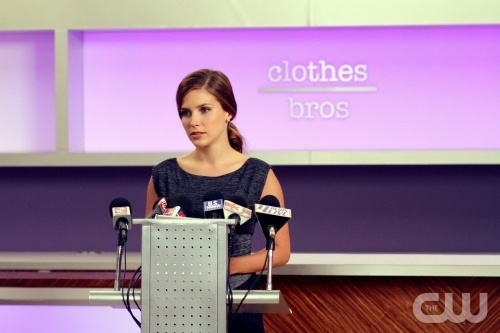 1
One Tree Hill - Episode 8.05 - Nobody Taught Us to Quit - Promotional Photos
added by Melissa93
Source: spoiler tv/ the cw 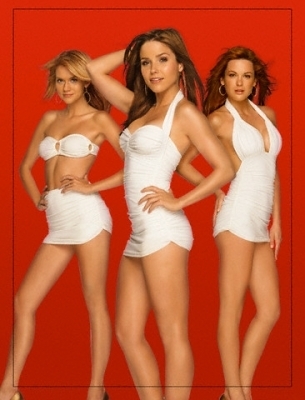 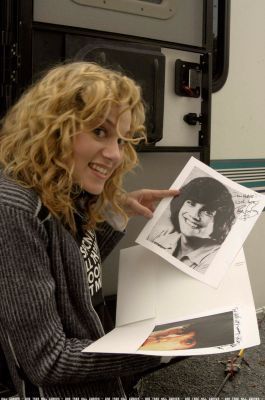 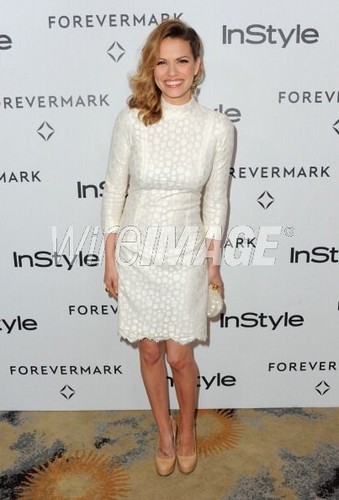 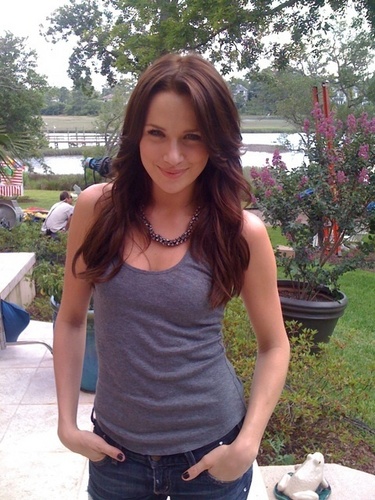 2
Filming of Season 7 - Behind the Scenes!
added by kristine95
Source: berrymcgregor @ live journal 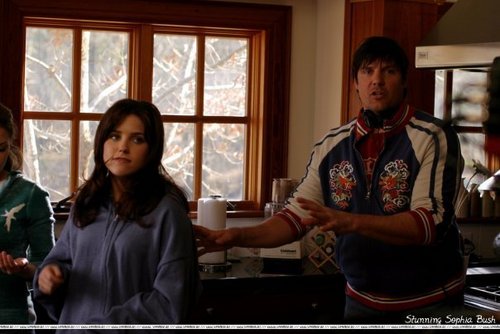 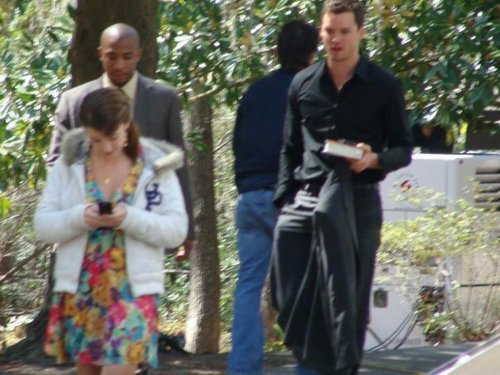 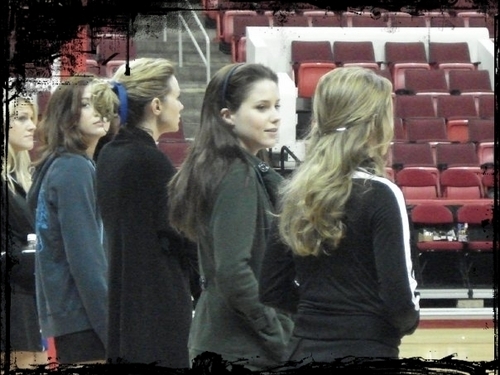 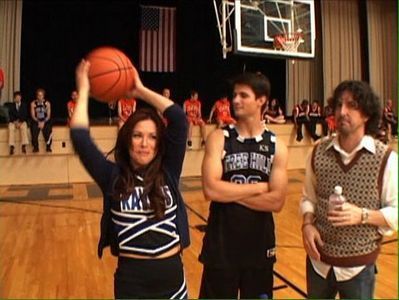