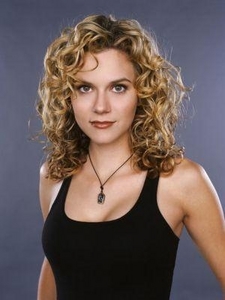 Peyton's funniest quotes from three random episodes. Just tell me on a message if you want me to write an an article with ALL her funny quotes! :)

"One Tree Hill: All Tomorrow's Parties (#3.14)" (2006)
Peyton Elizabeth Sawyer: You never worked so hard for anything in your life, except your fake ID!

Rachel: Look, I was trying to help you out. I'm sorry if it's not what you wanted.
Peyton Elizabeth Sawyer: You know what? Ya can't see it, but underneath my sunglasses, I'm rolling my eyes.

Rachel Gattina: Well, well, looks like somebody had a rough night.
Peyton: Says the girl who poured drinks down my throat, and then dropped me off in my best friend's boyfriend's bed.
Rachel Gattina: Look, I just led you to the door sweetheart.
Peyton: We're not giant pandas, you know? You can't just put us together and expect us to mate, and do me a favor, talk soft, you got a terrible voice.

Rachel: Sorry I'm not good for a shoulder to lean on.
Peyton Elizabeth Sawyer: That's okay because I'm not looking for one, but I am looking for another drink.

Peyton Elizabeth Sawyer: Ellie would have love this.
Brooke Penelope Davis: And Rachel will hate this. Win Win.

Peyton Elizabeth Sawyer: And Brooke doesn't trust you.
Rachel: And you do?

Peyton Sawyer: [Lucas entering her office] Oh, God, you know, just rip up the cheque, I'm moving offices anyway.
Lucas Scott: Let me ask you something. Do you have an alarm in your head that goes off every time I'm happy with someone else?
[shouting]
Lucas Scott: What do you want from me? I flied to L.A., I asked you to marry me, you said 'No' so I moved on. Why haven't you?
Peyton Sawyer: 'Cause I should have said 'Yes'.

Victoria Davis: Penelope Davis!
Millicent: I'll be in the back.
Victoria Davis: Did you schedule a conference call with Macy's?
Brooke Davis: Yeah. 'Cause I was thinking...
Victoria Davis: Well, don't! In case you have to hear it, you have zero business sense!
Brooke Davis: Mom...
Victoria Davis: Let me finish. For the last three years I've been calling the shots and look how this company has grown. You're a talented designer, Brooke but you don't spin the straw to gold. I do. Truth be told, you're not smart enough to do it.
Peyton Sawyer: [running outside after Victoria] Hey, Ice Queen! Stop being such a bitch to your daughter.
Victoria Davis: And did my daughter pay you to say that?
Peyton Sawyer: No, I came up with that one for free.
Victoria Davis: Well, I advise you keep your little underachieving mouth shut. Because my relationship with my daughter is none of your business.
Peyton Sawyer: No, it is, when you tear her down and call her stupid. See, the truth is, you're actually worried she's smart. And that's a threat you to because when she figures out how to do the business side of this company - Goodbye, Victoria.

Victoria Davis: As a matter of fact, it's quite clear you never had a mother.
Peyton Sawyer: Yeah? Neither did Brooke.

"One Tree Hill: Every Night Is Another Story (#1.6)" (2003)
Brooke: What's your name?
Haley James: Haley.
Brooke: Yea, I don't like that name. Lets call you... Brooke!
Brooke: [later]
[the car runs out of gas]
Brooke: [beeping to signal that there isn't gas] I hear birds.
Peyton: Unbelievable! Brooke, did you not think to put gas in the car?
[Brooke says nothing]
Brooke: [to Haley, who she calls Brooke] Answer the question Brooke!

Brooke: [pointing to Haley] So what's the deal with that one anyway?
Peyton: She's tutoring Nathan... supposedly.
Brooke: And hanging out with Lucas? And we're supposed to believe she's just friends with both of them? Right...
[Nathan walks over to Haley and nods]
Brooke: Oh My God! Did you just see that?
Peyton: See what?
Brooke: He just gave her the nod!
Peyton: What nod?
Brooke: The "let's hook up after the game" nod. You wanna know what I think? I think Nathan likes tutor girl, but I think tutor girl likes Lucas, and I know I like Lucas, and I don't know who the hell you like any more this is all turning into one big love... rectangle plus one... whatever that is!

Peyton: What are you still doing here?
Haley James: [sarcastically] I'm thinking of transferring... what's you're excuse?
Peyton: Brooke... she's been in there forever.
Brooke: [High on pain killers] Peyton!
[stumbles over to Peyton]
Brooke: This is my best friend in the whole wide world, don't you think she's pretty?
Peyton: What the hell is this?
College Guy: She found some pills... on the floor, just let her sleep it off and she'll be fine, I should probably go.
Brooke: Call me!
[Brooke trips and Haley catches her]
Brooke: Hey what's your name?
Haley James: HALEY...
Brooke: Yeah I don't like that name, let's call you Brooke...
[Haley puts Brooke in the backseat]
Peyton: Thanks... so where are you going now?
Haley James: I was gonna catch the last bus out.
Peyton: It just left...
Brooke: That's perfect! Brooke you can come with us!
[Peyton looks at Haley strangely]
Haley James: Yeah she named me Brooke...
Brooke: Can she come? Please Peyton?
Peyton: Fine, but don't touch the stereo or else we're gonna have a problem!
Brooke: [singing and shaking her pom-poms] We're goin' on a road trip, we're goin' on a road trip...

Brooke: [looks at Haley] What is she doing here?
Peyton: [laughs] You invited her!

[the low fuel light comes on]
Peyton: Oh, my God... Brooke, didn't you think to put gas in the car?
[Brooke looks at Haley]
Brooke: Answer the question, Brooke!
Haley James: [gets out of the car] Hey, Peyton, pop the trunk.
Brooke: Peyton, don't listen to her! It might be a trick!
[Peyton pops the trunk anyway]
Haley James: [pulls out a gas can] Great... it's empty! I saw a gas station about a mile down the road, if I'm not back in an hour, tell my mom I loved her.
Brooke: Don't you mean Nathan?
Peyton: I'll go with you.
Peyton: What about me?
[Peyton locks the doors]
Brooke: Peyton... come back! Someone might come...
Haley James: You did remember to crack a window didn't you?
[Peyton and Haley laugh]
Brooke: Come on, you guys, I'm scared!

Brooke: What's your name?
Haley James: Haley.
Brooke: I don't like that name. How 'bout we call you Brooke?
[later] [the car runs out of gas]
Peyton: Brooke, didn't it ever occur to you, to put more gas in the car?
[Brooke says nothing]
Brooke: [to Hailey, who she calls Brooke] What are you gonna say, Brooke? 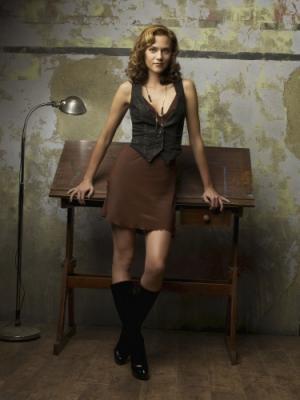 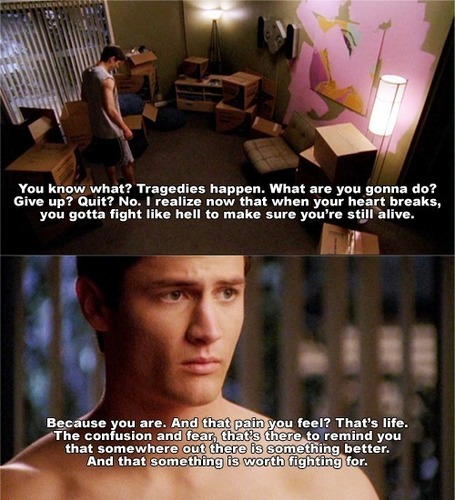 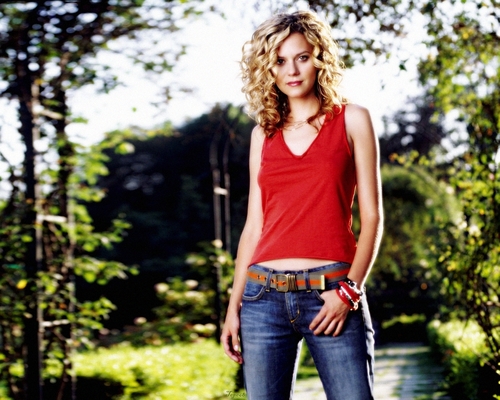 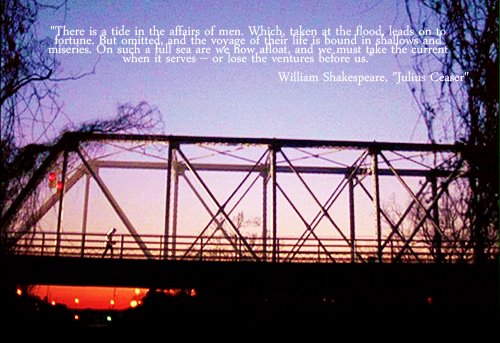 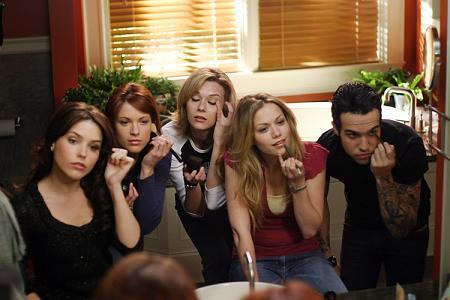 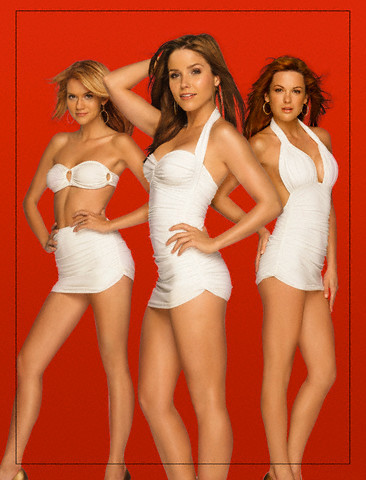 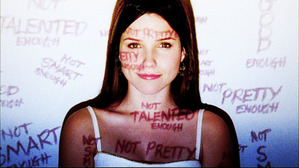 4.02 - Things I Forgot At Birth
*When Nathan wakes up on the bridge his shirt has the number 20 backwards, but in the episode previous it was the right way when he was on the bridge.

4.03 - Good News For People Who Love Bad News
*In the last scene when we see Derek cutting up Peyton's picture for his wall, the camera shows all of his stalker photos. But in one photo both Derek and Peyton are in it, so he couldn't have taken the photo.

4.09 - Some You Give Away
*In the café, Rachel hands Haley her purse, but when Nathan and Haley walk out of the café, Haley has no purse with her.
*When Deb wakes...
continue reading...
6
The script for part one of "Just watch the fireworks"
posted by girly_girl

Just thought I'd add the first part of the script from the episode "Just watch the fireworks" from season three
because I think its one of the best episodes every writen and is one of my faves. Look out for more of the script coming soon!

SUMMARY:
When someone unleashes the students' time capsule upon Tree Hill High,
Lucas and Mouth must confront a person from their past. Brooke has to deal
with the revelation that secrets aren't the only things she exposed in the time
capsule. Dan learns to forgive Keith. Haley is forced to reconcile...
continue reading...
21
Rachel Gattina quotes
posted by anetted 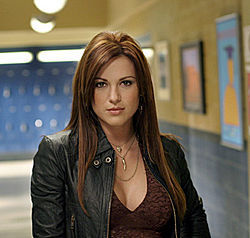 Rachel Gatina: Okay, let me get this straight. You don't have feelings for Lucas anymore, Peyton does, but she's willing to hide those feelings if you asked her to. Sounds like a pretty great friend to me. 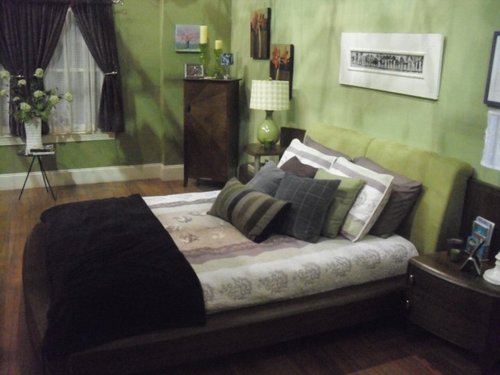 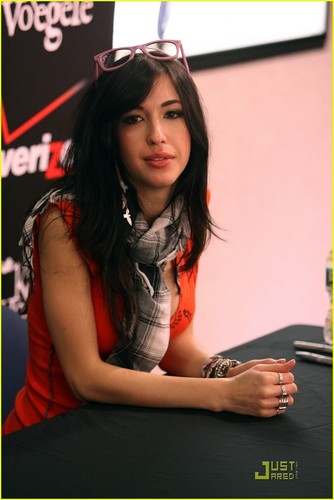 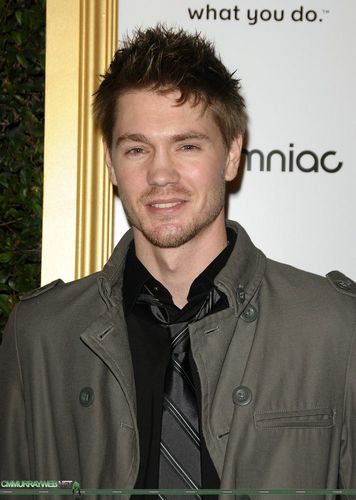 2
CMM at The First Annual Data Awards
added by Liz_Davis

11
haley & jamie scott - my baby loves me just the waythat i am
added by bellywalks_2007
About Haley's relationship with her son Jamie....
video
one tree hill
jamie 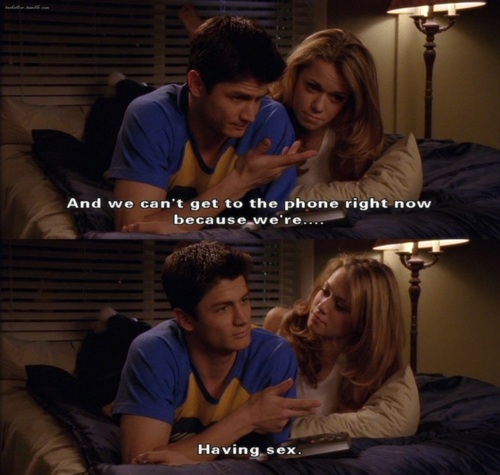 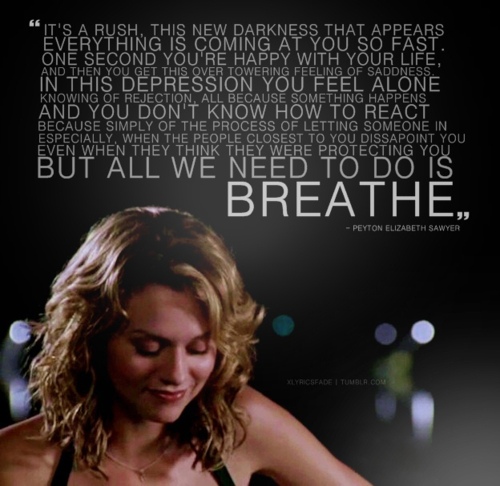