9
About Panty and Stocking
posted by bornthisway 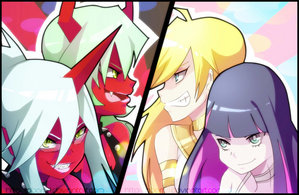 The Anarchy Sisters, Panty and Stocking, are angels who were kicked out of Heaven due to their bad behavior. They are sent to Daten City (a pun on the Japanese word datenshi, a place located on the edge of Heaven and Hell. Strange monsters called "Ghosts" besiege the city, but the Anarchy sisters wield a variety of mysterious powers, most notably their ability to transform their clothing into weapons.

Under the watchful eye of Reverend Garterbelt, and with their pet zipper-dog Chuck, it's up to Panty and Stocking to destroy these Ghosts, in order to collect enough Heaven Coins to return to Heaven.

Panty
Voiced by: Arisa Ogasawara
The older of the Anarchy sisters, Panty is portrayed as a sexy celebrity blonde. She is always looking for men to sleep with, although her low standards and impulsive choices can lead to her dissatisfaction after the act. Her dream is to have sex with 1000 men before she returns to heaven, a dream that ironically kept her from returning to heaven. She has the ability to turn any pair of panties into a gun called "Backlace" used to battle the ghosts of Daten City. Although she normally uses her own underwear for this, she can use other underwear which results in different weaponry. She can also combine two Backlaces to form more advanced weapons such as machine guns or sniper rifles.
Panty is the ruder and more aggressive of the sisters, in contrast to the more level-headed Stocking. She likes spicy food, hates sugar, and shows fondness for the celebrity lifestyle-especially when it gets her closer to the men she craves.

Stocking
Voiced by: Mariya Ise
Panty's younger sister. A violet-haired goth girl with a gluttonous appetite for sweet desserts, but hates spicy food. Her stockings transform into a pair of swords: "Stripes I & II". Stocking is generally more level-headed and intelligent than her sister, although she can be as mean as Panty when provoked. When her sweets are tampered with or when someone calls her overweight, she enters a state of fury which leaves even Panty shocked with its intensity.
She is almost always seen carrying around her plush cat, Honekoneko, whose expressions often match Stocking's mood. She isn't as interested in sex as Panty, but she occasionally displays masochistic tendencies (bondage, electrocution, tentacles, etc.), and she is far from above joining Panty in promiscuous activities (bikini car washes, going to clubs to have sex, etc.).

Garterbelt
Voiced by: Kōji Ishii
The reverend of Daten City and the mentor of the Anarchy sisters, Garterbelt (or "Garter", for short) is a large black man with a massive afro. He gives Panty and Stocking their missions, but is constantly annoyed and bewildered by their erratic behaviour, and lack of commitment to the task at hand. He is shown to be homosexual with a particular interest in young males, much to the chagrin of Brief, who is a constant target for his sexual advances. Although he is rather vocal about keeping order in Daten City, he has a masked alias known as Master G which he uses to disguise his identity whilst pursuing more risky hobbies. Despite being incredibly obvious, no one seems to know Master G's true identity.
Garterbelt has a very checkered past; he used to be a gangster who performed all crimes imaginable. He eventually became the greatest crime lord in his town, but was gunned down in his own office. He ended up in heaven, where he was given an as-of-yet undisclosed mission by God. When he refused, he was cursed with immortality and sent to the beginning of time, forced to live through the creation of the world as it is today.

Chuck
Voiced by: Takashi Nakamura
Panty and Stocking's pet sidekick, resembling a green dog with zippers for ears and a tail. He is subjected to various injuries in the series, but recovers extremely quickly. He is often used as a sort of mail box by Heaven, getting struck by lightning and spitting out a clue to a Ghost's whereabouts. He is only able to say his own name, and has been shown to be capable of driving the Anarchy sisters' car, a roofless pink Hummer H1 called See-Through.
His brain is operated by a small red devil in a black suit who can exit through the zippers on Chuck's head. Chuck himself bears a striking resemblance to a "disguised" GIR from the series Invader Zim.

Brief
Voiced by: Hiroyuki Yoshino
Brief, short for Briefers Rock, is a self-proclaimed ghost hunter who has a crush on Panty. He carries a backpack-like device capable of detecting Ghosts or blowing a smokescreen, and often acts as the voice of reason when the angels are working. Normally called "Geek Boy" by Panty and Stocking, Brief tends to be the butt of a lot of jokes - he is constantly knocked around and subjected to various forms of abuse, particularly by the Anarchy sisters themselves. In addition, Brief is continually harassed by Garterbelt's sexual advances. A running gag in the series sees Brief falling headfirst into a pile of garbage. His hair constantly obscures his eyes, but it doesn't appear to impair his vision, and well pulled back reveals a rather handsome face (this fact caught Panty way off guard).
Near the end of the series, it is revealed he possesses Hell's Monkey, a mystical key disguised as his penis, which has the power to unleash chaos upon the world and reveals its true form once Brief attempts to have sex with Panty.

Scanty
Voiced by: Yuka Komatsu
The daughter of the mayor of Daten City and one of the demon sisters, Panty and Stocking's archrivals. Despite being a demon, she is well-mannered and speaks very formally. As Panty's counterpart, she wears two pairs of panties that transform into revolvers called "Double Gold Lacytanga", which can also combine into a shotgun. She is obsessed with rules, regulations, and conformity, as opposed to Panty and Stocking's more erratic and unruly behavior. She is, however, somewhat excitable, and becomes extremely frustrated when things don't go her way. Along with her sister, she comes up with various schemes to kill or otherwise humiliate Panty and Stocking, though her excitability during such situations often unintentionally leads to their downfall.

Kneesocks
Voiced by: Ayumi Fujimura
The other daughter of the mayor of Daten City and Scanty's younger sister. She wears angular glasses and has her hair in a ponytail. She uses a large amount of English in her speech, even by the standards of the show. As Stocking's counterpart, she wears two kneesocks that transform into a pair of scythes called "Double Gold Spandex". Just like her sister, she is obsessed with rules, claiming that they will solve the chaos of freedom. Compared to her sister, Kneesocks is calmer and more reserved, but she tends to fly off the handle when the rules are being disparaged. Oddly, she blushes quite easily, causing her face to become a lighter shade of red.

Fastener
Voiced by: Miki Makiguchi
The Demon sisters' pet sidekick, and the evil counterpart of Chuck. Unlike Chuck, Fastener is more competent in his work with the Demon sisters, although he is still subject to various pains and injuries. Like Chuck, he also only says his name and also drives the Demon sister's transport, a Limo G-Wagen SUV called G-String. Fastener apparently has a history of rivalry with Chuck, dating back to their college days. There is a small red female devil in a black suit living in Fastener's head, who is romantically interested in Chuck's demon. Fastener may have been killed off during episode 12. He witnesses Scanty and Kneesocks doing various sexual things involving food, which causes them to throw a knife through his head and a fork through his chest, while a shot shows Fastener lying still on the ground, covered in food and blood.

Corset
Voiced by: Shigeru Chiba
The mayor of Daten City and the father of the demon sisters. His true form is a demon with pale blue skin, bony features and a conical hairstyle; when appearing in public he appears with more flesh and slicks his hair back, though his demonic features remain. He wears a rather tight corset and is constantly scratching his back. He also wears hooks to stretch his mouth and buckles on most of his body, and is seen often tightening them. He appears to be into self punishment and a fetish for bondage like Stocking. This evident from the buckles on his body, mouth stretchers and his namesake, the corset. He has an extreme interest with Hell's Monkey, a mystical key possessed by Brief, which has the power to unleash the forces of Hell on Earth. He is also Garterbelts counterpart and seem to have known each other prior to the story.

Ghosts
The "monsters of the week", Ghosts are twisted aberrations born from the regrets or suffering of people, or in some cases objects, who had died and got lost in limbo. Panty and Stocking are tasked with their destruction, which allows them to pass on to heaven, leaving behind Heaven Coins. Although most Ghosts are savage or destructive, some are relatively harmless annoyances or even oppose their true nature and try to live peacefully. Additionally, it is possible to create artificial Ghosts with a complex machine and a Ghoststone, an artifact that absorbs human evil. The resulting replicas are extremely weak, but can be mass-produced at a frightening rate. The mass produced ghosts also produce no Heaven Coins.

Ghosts are usually slain with angelic weapons, but there are other means of destroying them, such as Ghosts killing each other or accomplishing what they wanted to achieve peacefully. Demons appear capable of powering up Ghosts into larger forms, but it is unknown if they can also kill them. As a recurring joke, whenever Panty and Stocking defeat a ghost with their angelic weapons, a paper-mache model of the ghost is filmed being blown-up. 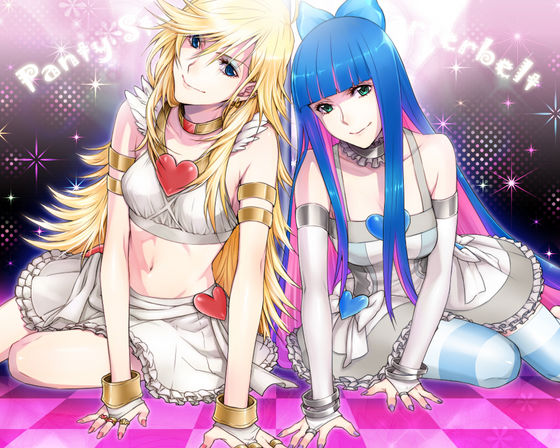 TheLefteris24, earinfection and 7 others like this
K-ONFAIRYTAIL Brief and Panty must not be together at all it will unleash Hell !!!!
madening_mahem awesome and informative! 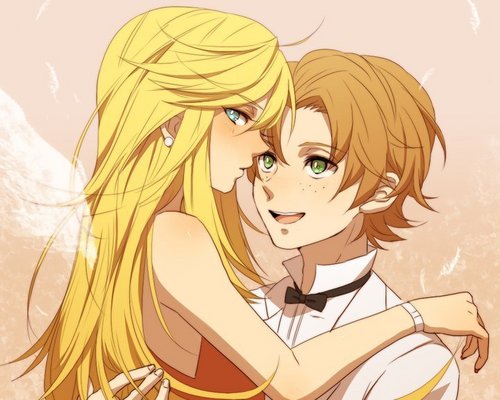 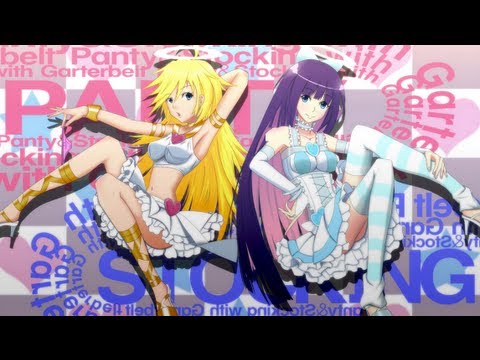 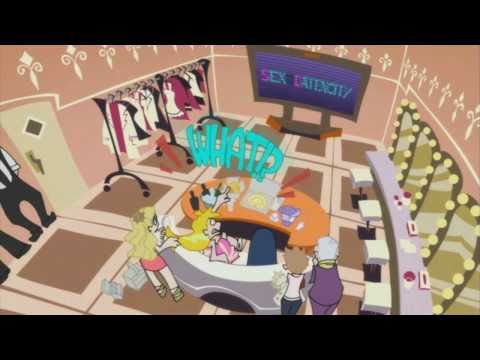 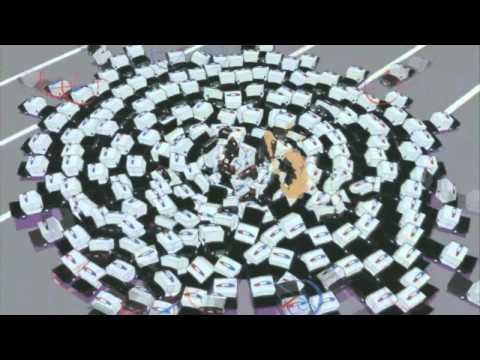 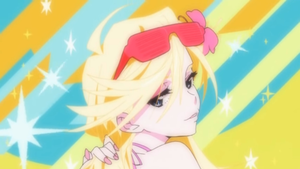 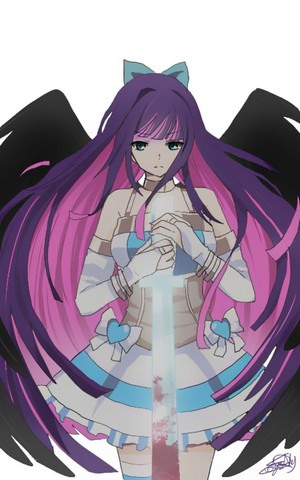 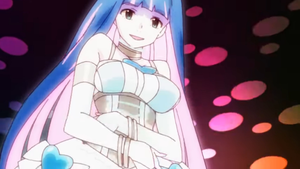 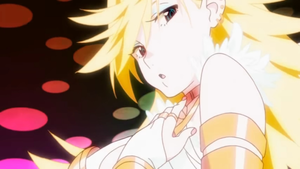 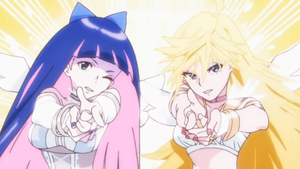 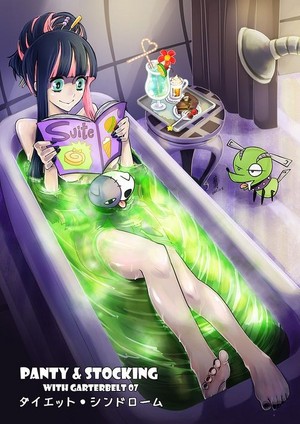 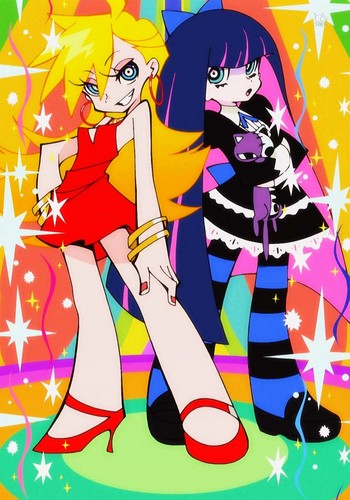 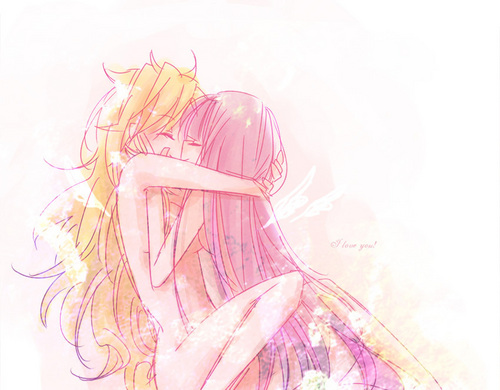 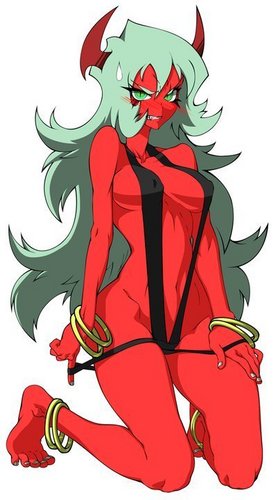 4
Panty and Stocking
added by bornthisway 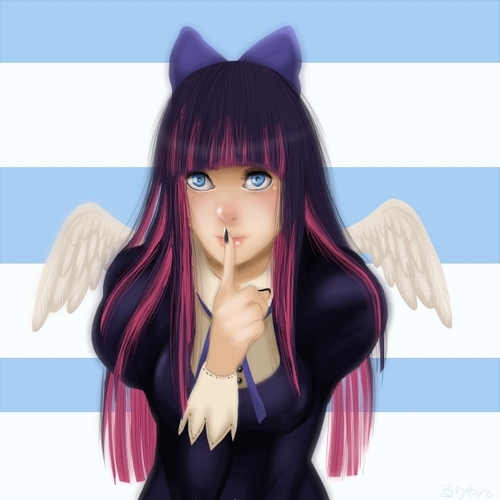 5
Panty and Stocking
added by bornthisway 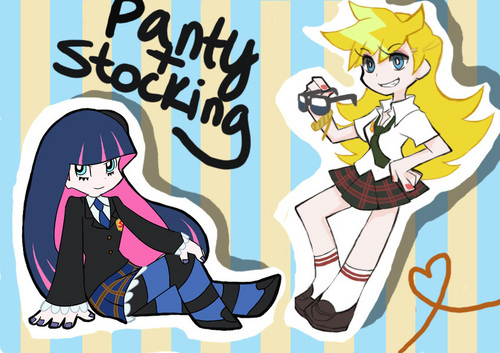 5
Panty And Stocking
added by bornthisway 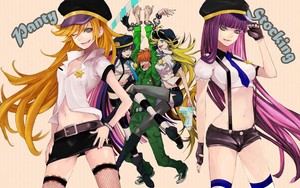