18
Evening Star (Eclipse in Edward's POV) Chapter 4
posted by patrisha727
Sorry this took so long. I got so caught up with Bella's Life! ^_^


I can see a look across her face, seeing that she wanted to argue with me. I was ready to defend my arguements, but Bella's didn't speak. But I will only change her under one condition... if she marry me. It makes me feel humored looking at her thinking and thinking about it. I was getting the impression that Bella wanted immortality more than me. This thought saddened me. But I held back the thought, hoping that she loved me as much as I did. Did she love me less because I left her?

Bella's face turned more distressed. So I spoke my reasons.
"Bella, there's no hurry. I won't let anyone hurt you. You can take all the time you need." I murmured. I wanted her to listen to me, to delay for a little while first. But I knew my Bella, she was very stubborn. She picks one path, and she sticks to it.
"I want to hurry. I want to be a monster too." she whispered, trying to smile.
I still couldn't belive that Bella wanted to be one of the eternal damned. I don't want her to miss her chance of the after life she deserved.
My teeth clenched at her words. "You have no idea what you are saying."
To prove my point, I grabbed the newspaper and put it in between us, pointing at the headline.
Death Toll On The Rise, Police Fear Gang Activity

"What does that have to do with anything?" Bella asked, confused.
Bella's missing the point. I gave her a hint.
"Monsters are not a joke, Bella." I told her seriously.
I hope Bella understands now. Vampires are soulless killers, just like me. I didn't want Bella to be like this.
She stared at the headline and she was seeming to understand now.
"A.... a vampire is doing this?" she whispered, and her voice was trembling. I don't think she realized it though.

"You'd be surprised, Bella, at how often my kind are the source behind the horrors in your human news. It's easy to reconize what you want to look for. The information here indicates a newborn vampire is loose in Seattle. Bloodthirsty, wild, out of control. The way we all were." I flinched, remembering back then when I was just a newborn. I killed any human who came across of me. It was years until I was finally in control. Bella looked at the paper again, not looking at me. I explained more of why my family and I think this is the reason.

"We've been monitoring the situation for a few weeks. All the signs are there - the unlikely disappearances, always in the night, the poorly - disposed of corpses, the lack of other evidence.... Yes, someone brand - new. And no one seemed to be taking responsibility for the neophyte..." I took a deep breath, calming myself down from the anxiousity. I told her why we don't have to worry, to not let her get worried. "Well, it's not our problem. We wouldn't even pay attention to the situation if it wasn't going on so close to home. Like I said, this happens all the time. The exhistence of monsters results in monstrous consequences."

Bella didn't comment, she kept on looking at the paper. It was killing that I couldn't hear her thoughts. It wouldn't cause me to have all of this curiousity. After a few minutes, she finally spoke.
"It won't be the same for me." she whispered.
Does she know for sure? She's just going to be like any other newborn. Before I could argue, she spoke.
"You won't let me be like that," she corrected herself, "We'll like in Antarctica."
I snorted. Did she really want to live there? Then I thought of the animals we would hunt.
"Penguins. Lovely."
She laughed and knocked the newspaper off the table letting it fall slowly to the ground.

Hunting... only penguins? Emmett won't be happy about that. Penguins wasn't really a challenge. They can't run very fast, they waddled. Bet he will get a load of that.

"Alaska then, as planned. Only where nuch more remote than Juneau - somewhere with grizzlies galore." Bella corrected, as if she could read my mind.
This pleased me though. At least my family could deal with the diet better. It was also higher up north, less daylight hours. That would be helpful to us too.
"Better. There are polar bears, too. And the wolves get quite large." I said, immagining Emmett hunting the wolves, playing around, teasing them and tackling them. It amused me.

Bella's mouth fell open in shock, as if she was insulted. I thought about my words: And the wolves get quite large.

Then I understood, she was thinking about her friend, Jacob Black. Just thinking about his name made my teeth grind, but he was special to Bella. I understand that. I owed him much for saving Bella from drowning and for trying to let her heal during my absence.
"Oh. Never mind about the wolves then, if the idea is offensive to you." I simply said.
"He was my best friend, Edward. Of course the idea offends me." she said.
"Please forgive my thoughtlessness. I shouldn't have suggested that." I said formally to her, hoping that she would forgive me. It got me worried though, both of her hands were clenched into fists.
"Don't worry about it." she muttered.
Does Bella really forgive me for leaving her? I feel that she still have feelings for his friend, or dog, Jacob.
1TeamEdwardFan, groovychicklisa and 16 others like this
Emmett4ever it's funny how edward adresses jacob as her friend or dog
BellaEdwardLife Awesome!!!!!!!
Elena2597 hahaha, i agree with emmett4ever. LOL!
cr6zym0nkeyiz agree wit emmett4ever
ybet_cullen18 okay, i agree with emmett4ever too.!
Rob_patt_fan Cool 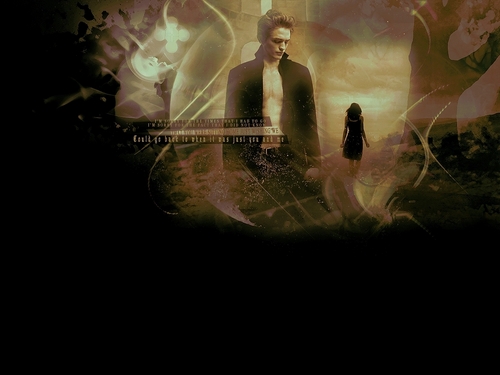 Who's Jane? She does sound familiar though.
Oh... my undercover mom's name. Right. But this "Jane" doesn't look like the Jane I know. This Jane is smaller, almost childlike. I wonder where Jane is, but I will ask Tom later.

I can clearly see that she's a vampire. Have pale skin, glowing red eyes, glittering skin, just like me. Is she also a newborn?
"Hello, Jane." Edward said formally.
Why did he address her in such a formal matter?
Is she like a Queen? I think not. I held back a hiss. There MUST be a reason Edward sound like she was worshiping her....
continue reading...
12
Evening Star (Eclipse in Edward's POV) Chapter 25
posted by patrisha727
I miss writing soooo much! Sorry! School is getting ahead of me! ^_^

“Bella?” I called to her as she paused at the top of the porch steps.

She turned to face me as I jumped up the stairs to meet her. I took her into my arms again, kissing her once more. I let my lips convey just how much I loved her, no matter what happened later, and she responded enthusiastically. She seemed taken aback by the passion of the kiss when we finally pulled away, but didn’t comment on it.

“Let’s get this stupid party over with,” she muttered while staring at the ground.

I grabbed her...
continue reading... 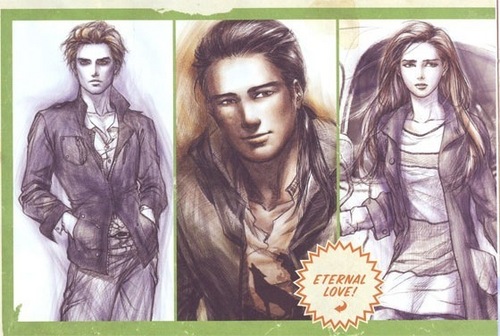 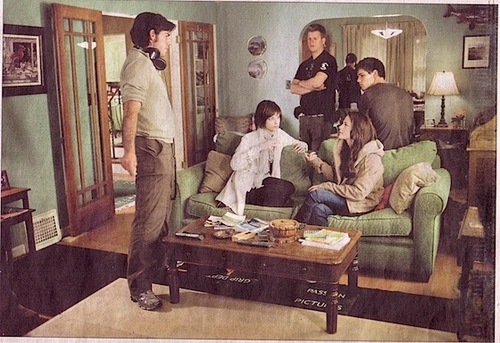 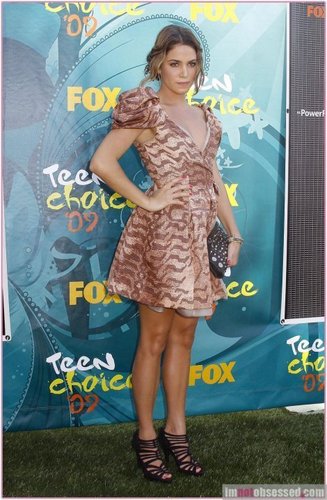 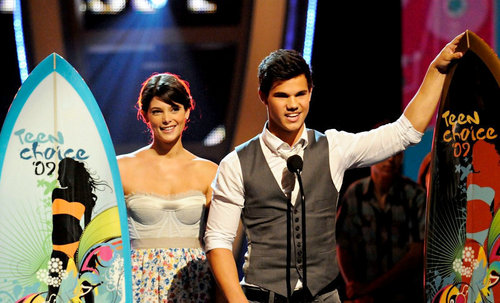 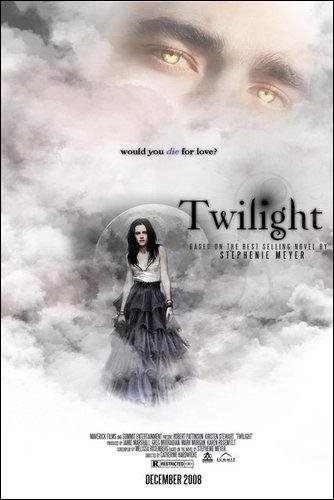 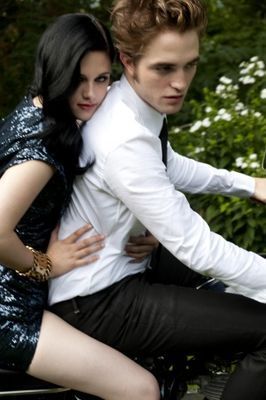 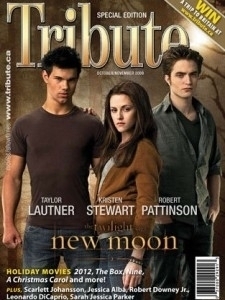 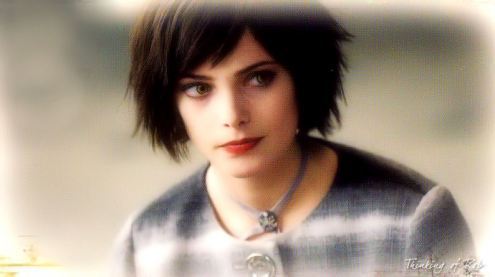 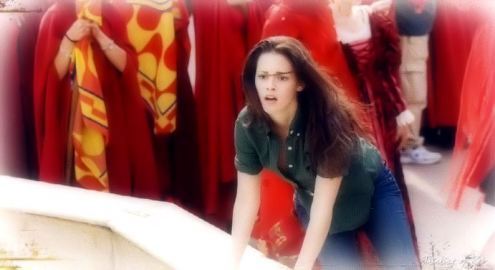 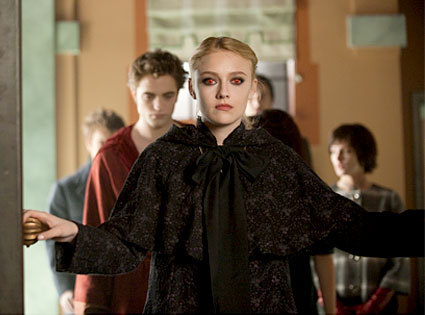 3
More images of the Volturi
added by patrisha727 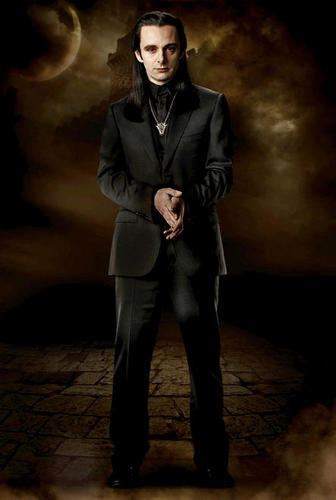 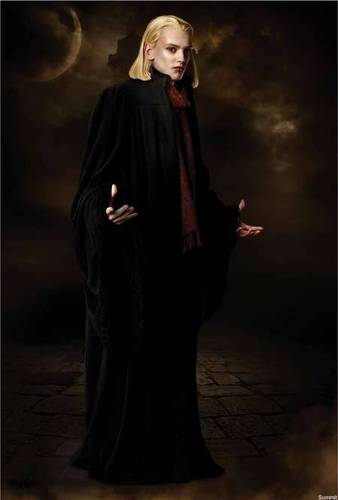 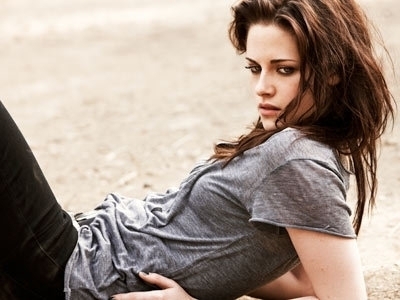 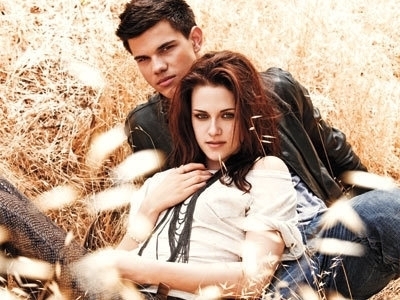