5
Celebs welcome Paul Wesley on Twitter
posted by XNaley_JamesX
Okay, I'm just so freaking excited that Paul has FINALLY joined Twitter, and so are some other celebs.
Read here what they had to say.
(PS: If you've seen others, please put them here so I can add them to the list. :D)

NINA DOBREV:
-Paul Wesley has added an "@" to his name? HUH??? what has this world come to? I never thought I would see the day.
-Yes.. It's true @ paulwesley
-Finally everyone will stop asking me to convince him to join twitter. Because he did ... @paulwesley is REAL. And No I had absolutely nothin
To do w/ it... It's like he woke up one day+a light bulb suddenly turn on + he thought...
continue reading...
11
Sweetest Stefan Salvatore quotes.
posted by mrsalexrybak
Stefan Salvatore, one of the main characters on "The Vampire Diaries," is probably the sweetest vampire on television. When someone is turned into a vampire on this show, their character traits heighten to a more extreme level. As a human, Stefan cared about other people's feelings and loved with his whole heart. As a vampire, this special part of him heightened, especially when he fell in love with Elena Gilbert. Here are the top five sweetest Stefan Salvatore quotes from both Season 1 and Season 2.

Quote #1: "Well I compelled the guard to go on break so I could kiss my girlfriend on the top...
continue reading...
3
Exclusive Interview: THE VAMPIRE DIARIES star Paul Wesley has a bite
posted by flowerdrop 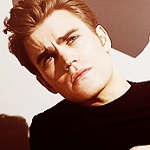 For the first two seasons of CW’s big hit THE VAMPIRE DIARIES (Thursdays at 8 PM), it was easy to tell the two vampire Salvatore brothers apart. Stefan, played by Paul Wesley, was the good one who never wanted to kill humans, and Damon, played by Ian Somerhalder, was the bad one, who killed whoever and whenever he wanted. In Season Three, the tables are turned. Stefan has let his inner Ripper emerge, and Damon, along with Stefan’s human girlfriend Elena (Nina Dobrev) are desperately trying to restore Stefan to his old self....
continue reading...
7
'Vampire Diaries': Paul Wesley on Stefan's 'incredibly hostile' episode
posted by flowerdrop 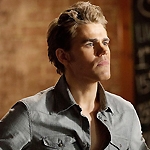 When we talked to Paul Wesley about this Thursday’s episode of The Vampire Diaries – the one in which Stefan mentions turning Elena (Nina Dobrev) into a vampire, bites his wrist, and may force her to drink his blood in a speeding vehicle – he hadn’t seen it. He had, however, received a call from TVD exec producer Julie Plec to tell him the intense moments between Stefan and Elena were some of her favorite scenes. “He’s essentially kidnapping her,” Wesley says. “There’s layers of humanity, regret, and sadness...
continue reading...
3
Vampire Diaries’ Hottie Paul Wesley Dishes on Stefan’s New Hairdo!
posted by logan789 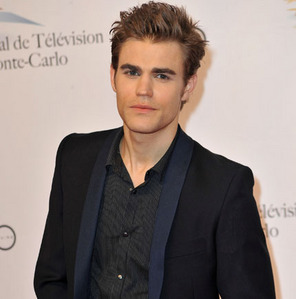 We don’t know if it’s possible for The Vampire Diaries’ hottie Paul Wesley to get any cuter. From his dreamboat eyes to his chiseled chin and, of course, the hot hair! But Paul dished to JSYK about how his character, Stefan, is due for a makeover this season! What will change? According to Paul,
“He hasn’t always dressed like this or worn his hair like this, and he won’t necessarily continue to, but who knows, maybe he’ll get a buzz cut or a Mohawk. A Mohawk would be cool. I’m not sure it’d be Stefan, but it’d be cool.”
Ooh, that could be fun! Can you picture Stefan’s character with a Mohawk? Why the sudden change? Paul continued,
“Maybe he was a rock-n-roller at some point.”
That could make sense! Paul could do whatever he wanted to his hair, and he would still make our hearts melt every week on The Vampire Diaries!

What do you guys think? Give us your thoughts on Stefan’s character sporting a Mohawk– yes or no? Leave us your comments!
More Cards
1234567891011