7
A Dog Gone Adventure Final Part
posted by Rubyrings
Anjanette and her friends had a fabulous time at the A Wave Tossed In the Ocean concert. The tickets Henry had gotten for them were for the very front row. They were close enough to see the band members' faces, and they even saw Jimmy wink at them from his drum set.
A Wave Tossed In the Ocean played a mixture of sixties and seventies rock hits and their own original songs, these last mostly written by Les and Felix (they often announced who wrote the song they were playing or, in the case of covers, what made them decide to include it in their repertoire). The crowd danced and cheered and sang along, and Anjanette, Ferdinand, Tammy, and Becky were no exceptions. About halfway through the show, Les paused to speak to the audience.
"As some of you might know, Jimmy's dog Venus has been recovering from an accident recently. We just want to let all of you know that's she's perfectly fine -" A cheer rose from the crowd, many of whom knew and loved Venus and Mars from the band's social media. "And we want to give a shoutout to some special friends of ours who helped us save her. Let's hear it for Anjanette, her dog Blitz, and their friends Ferdinand, Tammy, and Becky!"
The crowd cheered again. Anjanette felt tears prick her eyes, but they were happy tears this time. She was grinning like she might never stop.
And after all that, their tickets also included backstage passes, so the friends got to go talk to the band after the show was over. Anjanette spent nearly two hours talking to Jimmy about dogs, which he said were his biggest passion after music, and she told Les how much she loved "The Letter". She didn't outright tell him that it reminded her of her own dad, partly because she didn't want to pressure Les into talking about his past with her if he wasn't ready, but the look in Les's eyes suggested he understood.
Becky chatted happily away to Felix, sometimes glancing Ferdinand's way to see if he was jealous, but Ferdinand just rolled his eyes, smiled, and shook his head whenever this happened, clearly not feeling particularly threatened. Tammy was rather obviously flirting with Charles, who didn't seem to mind in the slightest and often seemed to be encouraging the attention. Ferdinand didn't seem to know where to start - he talked to every member of the band equally and asked them all a million questions about songwriting and music technique and getting their first gigs, and Les, Jimmy, Felix, and Charles were more than happy to tell him all they could.
At the end of the night, just before Anjanette's Uncle Bruce was due to show up and take them home, the band invited them to pose for a group photo for their social media, which they were all delighted to agree to. Venus and Mars were in there too - "Pity we can't call Blitz to come over and join us!" Jimmy said - and Anjanette and her friends later looked up the photo and found it posted with the caption, "Had an amazing time hanging out after the show with our new friends".
Anjanette glowed inside. A friend of A Wave Tossed In the Ocean... she was happy. 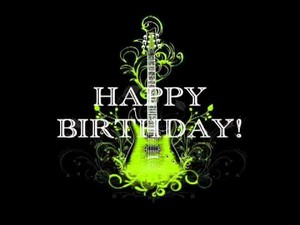 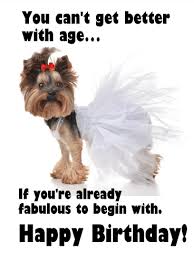 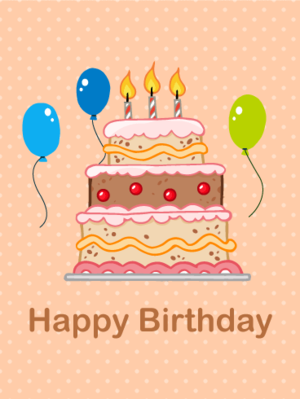 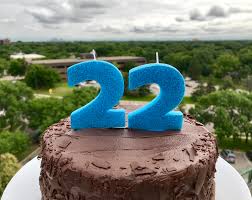 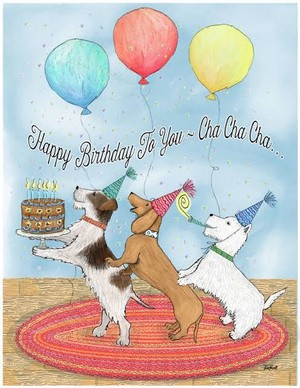 1
Funny Conga Dancing Birthday Dogs
added by 80smusiclover1
Source: Pinterest
6
Inspiration From Pain Part 6
posted by Peaceandlove67
The big night finally arrived. Les and Jimmy were going to be doing their first gig in front of an audience. As they were preparing backstage, Jimmy asked, "Are you nervous, Les?" Les said, "Maybe a little." Jimmy said, "I'm sure you'll be fine. Don't worry about what your dad said, all right?" Les said, "All right." Meanwhile, a boy about their age was attempting to enter the club. He was very dreamy. A lot of girls liked him, but sometimes his young face made it hard for people to take him seriously. The security guard said, "You have to be eighteen to enter this club. Do you have an ID,...
continue reading...
7
Inspiration From Pain part 5
posted by Rubyrings
For the next two weeks, Les threw himself into practicing his music with Jimmy. He poured all the mixed-up feelings of starting a new life and worrying about whether they might succeed into his playing and singing, and even he could tell the difference in the amount of passion coming through, especially in the sad or painful songs. His improvement inspired Jimmy, who sounded better than ever, trying out new and more creative beats on his drums. Jimmy sometimes also talked and cracked jokes to an imaginary audience between songs. Venus and Mars remained the only audience to hear this, with Mars...
continue reading...
6
Inspiration From Pain Part 4
posted by Peaceandlove67
Les reluctantly took the phone and said, "Hello?" His father said, "Les, please come home. Why did you run away?" Les said, "Dad, I didn't run away. I moved out. There's a difference." His father said, "I need you at home." Les said, "No, you don't. If I stayed, we'd just fight all the time. It's not good for either of us." He said, "If you don't come home now, I'll call the police!" Les said, "Go ahead. Tell them your eighteen-year-old just left home. See how that works out for you." His father said, "Yes, you are eighteen. That means it's not child abuse if I beat the shit out of you!" Les...
continue reading...
More Cards
1234567891011