2
I Know Her (6): No Regrets
posted by peacebaby7
Skipper stood outside Marlene’s habitat for a moment, debating on if it was a good time to make sure she was okay. Everything had happened so fast. He knew she needed her space, but it was also killing him not knowing what was going through her head.

Making his decision, he hopped over her wall and cautiously approached her cave. “M-Marlene,” he called softly from the entrance, “it’s Skipper. Permission to enter?”

At first, there was no response. Then, “Yeah. I guess so,” Marlene’s voice replied softly.

Skipper entered and saw Marlene sitting at her dresser, tracing her claw along a scratch along the edge of it. He stopped a few paces behind her.

“I, um, was just wondering how you’re taking all this,” he asked slowly. “But,” he added quickly, “if this is a bad time, I can leave—”

“Since when do you play Spanish guitar, Skipper?” Marlene asked, still admiring the scratch on her dresser.

The question caught Skipper off guard. “Um,” he started lamely, “part of those few things I picked up in Mexico I mentioned the other day.”

Marlene remained silent for a moment. “I’ve been thinking,” she said softly. “Did you really mean everything you said tonight?”

Marlene finally turned to look at him. “Why didn’t you ever tell me? Why now?”

Skipper looked at where her claw was still on the crack in the dresser, as if it’d started to fascinate him as well. “Because I didn’t know what I wanted until it was slipping away from me,” he admitted softly.

Marlene looked back down at her dresser. She said something inaudible.

“I’m sorry, I didn’t quite catch that,” Skipper said.

Marlene looked at him. “I said, I love you, too,” she admitted.

Skipper stared at her, searching for a response. Finally, he said, “But—what about Antonio?”

Marlene shook her head. “He’s a great guy. But he’s not you. You’ve always accepted all of me, even my feral side,” she said shrugging a shoulder. “He was just afraid of me,” she said with a wince.

Skipper came to her side and put a flipper on her shoulder. “Marlene, you don’t know that. Maybe his initial reaction was just from the shock. I mean, I imagine he was pretty surprised. Maybe you should give him a chance to accept it,” he suggested.

Marlene shook her head again. “Doesn’t matter any more.” She looked at him curiously. “And what are you trying to convince me to go back to him for? All of the sudden you don’t—” She paused, the words in her mouth feeling strange in the same sentence. “—love me?” she finished finally.

Skipper shook his head. “No, I just don’t want you to feel any regret here. I want you to do whatever would make you happy. If that means being with Antonio, I’m prepared to live with that,” he told her.

Marlene held eye contact for a moment, completely silent. Then she got to her feet and took him by the shoulders. “I assure you, Skipper, I have no regrets.” Before he could respond, she pressed her lips to his beak. Skipper froze in shock for a moment, and then he fit his flippers into the bend of her waist and kissed her back.

After a few moments, Marlene pulled away. Skipper stared at her speechlessly. Marlene frowned.

“Was that out of line?” she asked.

Skipper shook his head and cleared his throat. “No, no, that wasn’t out of line. Just, erm—unexpected.”

Marlene smiled. “Any more unexpected than you barging in my date to tell me you’re in love with me?” she pointed out.

Skipper considered. “Touché,” he replied. Then he frowned. “What are you going to tell Antonio?”

Marlene’s smile faded. Then she took a deep breath. “Just leave that to me.”

The next morning, Marlene went to the park in search of Antonio. After searching for a while, she finally found him by a park bench half-heartedly strumming his Spanish guitar. He noticed her approaching and stood up.

“I know,” Marlene broke in, hugging herself. After an awkward moment of silence, she regretfully said, “Look, Antonio, you’re a great guy, but . . . I don’t think this is going to work out.”

Antonio nodded painfully. “You love him,” he concluded, refusing eye contact. “I, um, kind of assumed this would happen.”

“I know,” Antonio broke in, giving her a pained smile. “I suppose I deserve it. I was a complete imbécil last night.”

“Don’t say that,” Marlene said reaching out and taking his arm. “I overreacted. You had every right to be shocked.”

“Then what’s wrong with me?” Antonio asked.

Marlene sighed with guilt. “Antonio, nothing’s wrong with you. Nothing. Don’t let anyone tell you otherwise,” she insisted.

“It’s just that . . . everything’s right about him,” Antonio concluded. Marlene tried to respond, but couldn’t. Antonio nodded. “You’re a wonderful person, Marlene. Skipper is lucky to have you. And . . . I was lucky to have known you,” he said, forcing another smile.

Marlene cursed herself for not being able to come up with something to say. Instead, she wrapped her arms around him and hugged him tight. Antonio half-heartedly hugged her back. Marlene finally pulled away and looked up at him.

“Goodbye, Antonio,” Marlene replied in no louder than a whisper. It seemed that it physically hurt to say those words to someone so undeserving of them.

Marlene watched as Antonio grabbed his guitar and walked away. A tear trailed down her cheek as she turned away and walked back to the zoo.

“Morning, Skipper,” Kowalski said as he walked over to the coffee machine, where Skipper was pouring himself a cup. “You look rested,” he observed arching a brow.

Skipper smiled, but didn’t respond. Kowalski leaned against the table with a roll of his eyes.

“Oh, come on, Skipper. Give me some details, here,” he urged.

“It’s a long story,” Skipper replied before taking a sip. “The punchline, well, she chose me,” he said staring down into his coffee and stirring a fish around it.

Kowalski smiled. “Congratulations,” he said. “What about Antonio?”

Skipper frowned. “Marlene’s going to talk to him now. I offered to go with her, but she insisted that she should do this alone. I understood,” he explained.

Kowalski sighed with sympathy. “Ah, love. It’s a whole lot of trouble, but it’s worth it in the end,” he said.

Their attention was diverted when Marlene dropped down the hatch. She cleared her throat, like she was trying to keep herself composed.

“Skipper, can I talk to you for a minute?” she asked. Then she looked around the room. “Alone?”

Skipper nodded. “Boys, give us some privacy,” he ordered. Private and Rico, who were across the room doing weapons inventory, left with Kowalski. Skipper set his mug down and met Marlene in the middle of the room. Then she choked and wrapped her arms around Skipper as she started crying. Skipper just stroked her back in silence.

Finally, she sniffed and pulled away, wiping her eyes with the back of her arms.

“Was it that bad?” Skipper asked.

Marlene shook her head. “No, it’s that he took it so well. He just understood, like he could read my mind or something,” she said with a pained expression.

Skipper pressed his beak shut. “Are you okay?” he asked softly.

Marlene took a staggered breath and then nodded. “Yeah, I’m fine. I just hated to hurt him like that,” she said.

Skipper nodded in understanding. “That’s just because you’re a good person, Marlene. It’s one of the reasons I love you,” he said with a slight smile.

Marlene looked at him. She wanted to respond, but instead wrapped her arms around him again.

Skipper returned the hug and looked down at her. “Do you . . . think you made the wrong choice?” he asked apprehensively.

Marlene pulled away with a shake of her head. “No,” she said wiping away more tears. “It was just a hard thing to do, that’s all.” She looked up and saw the doubt in his eyes and tried her best at a smile. “Hey,” she said putting a paw on his chest. “I chose you. I have no doubts in my mind on that,” she assured him. Skipper smiled back. Marlene fiddled with his feathers. “Anything I can do to prove it to you?” she offered coyly.

Skipper smiled and held her closer. “I don’t know. Depends on what you have in mind,” he replied.

Marlene smiled back and pressed her lips to his beak. Then, with a sigh, she pulled away. “So, what do we say if someone asks how this relationship got started?” she asked arching a brow.

Skipper laughed. “How much time you got?”

Author’s Note: Hey, guys! Hope you enjoyed this fic as much as I enjoyed writing it. A big shoutout to Vivi-ntvg for checking my Spanish for me. Thanks a million for your help! Again, any mistake was on my part.

If you review, I'd appreciate an account on if you found everyone in character in this fic. I spent a lot of time writing and rewriting scenes because I felt I was going OOC, and I felt that my final product was finally all in character, but I'd like to hear your opinions. Please and thank you.
Sassl and 27Kowalski like this
27Kowalski Aww, that was a great way to end a great fanfic! I loved it. :) Also, I think everyone was in character; I could easily hear their voices while reading. That usually doesn't happen if they're OOC. So, good work! Can't wait to read more from you! ^_^
peacebaby7 @27K: Thanks! I'm glad you liked it! And I'm glad you felt they were in character. :)
3
I Know Her (2): Suspicion
posted by peacebaby7
The next morning, Antonio arrived at the penguin habitat promptly at noon. The other penguins went on with their duties while Antonio and Skipper sat across from each other at the table in HQ.

“So, what do you want to know?” Skipper asked folding his flippers on the table.

“Well, I’m not sure where to begin,” Antonio replied. “I want to know everything,” he said wistfully, resting his chin on his fist and closing his eyes. When he opened them, Skipper was staring at him impatiently, with an eyebrow arched. Antonio awkwardly cleared his throat. 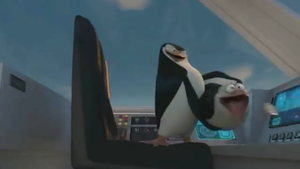 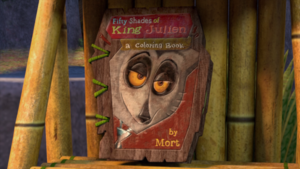 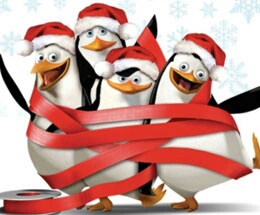 4
Merry Christmas Everyone!
added by CatLover02

3
Which Design is Best?
added by mouseandowl
Source: Dreamworks 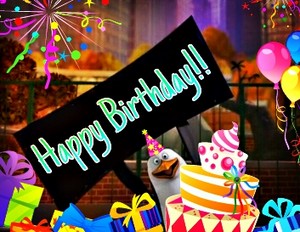 3
Happy Birthday
added by BOLTravolta
Source: All thanks to my portable photo editing, Picsart 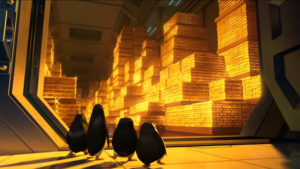 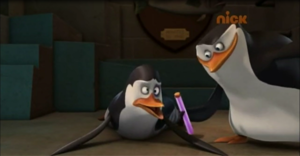 10
Skipper's got a little something for Kowalski.
added by Denicy_Menes 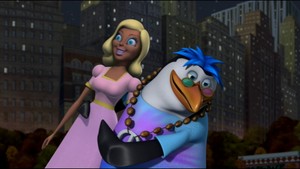 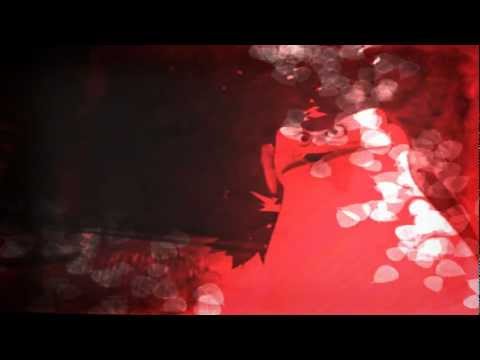 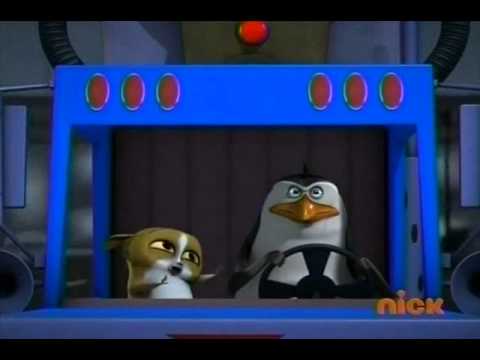 6
Right here waiting
added by Skiparah
This is my first video. To explain the part where I included a fail drawing of me was because A: The song said 'romance' and I don't believe Skipper is gay. B: This was the only drawing I made of me that was of any quality.
video
penguins of madagascar
skipper
kowalski
rico
private 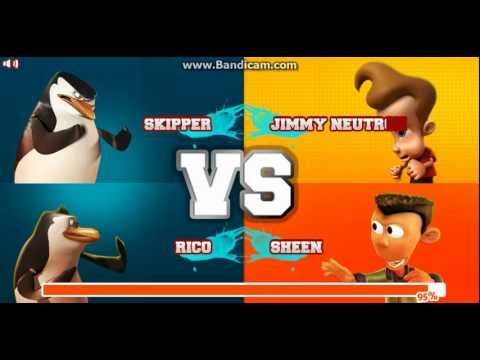 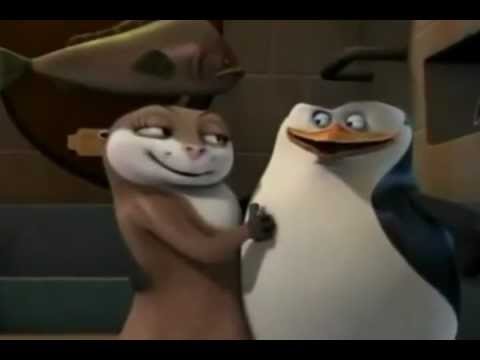 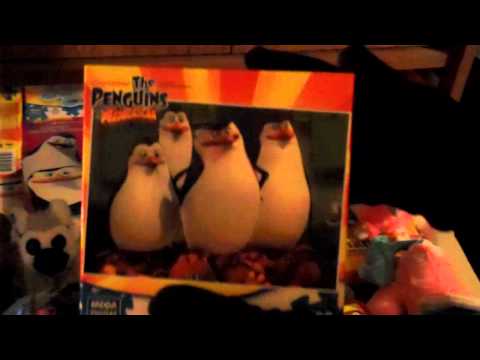 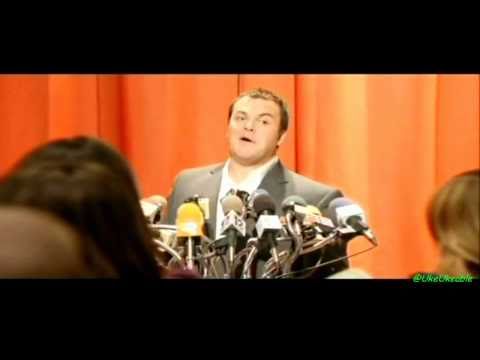 6
[HD] *NEW* Kids' Choice Awards 2011 Official Promo
added by yokaisummoner
[DISClAIMER: I do not own this; this was uploaded by TheUkeUkeable.] The 2011 Choice Awards are just around the corner.
video
episode
private
rico
maurice
julien
mort
marlene
skipper
kowalski
penguins of madagascar

7
Hot Ice Full Episode
added by theWOLFPACK15
When King Julien wishes on the Gimmie Gimmie Star, he gets more then he asked for.
video
penguins of madagascar
skipper
kowalski
rico
private
episode