(PJO) Fan Fiction Awards 2010 (Nominate on group page of TFFA)
posted by goddessoflife
Ello, everyone!
I'm going to tell you about THE PJO Fan Fiction Awards 2010, which, strangely enough, will be held in 2011. o_O
Anyways, this is the second article I've written today, and I'm super tired, so please don't get upset over spelling mistakes.
Now, we need some nominees! I know this sounds weird, but I'm putting mine in and several other ones. The reason I'm putting mine is because, well, I want to see how many votes I can get. I don't care about winning. O also need more nominees than what I have. Open voting will begin after I have a bunch of nominees, and then we'll do this (just look at the little list thingy):
1) Nominees (Add anyone you want.)
2) Voting for all nominees.
3) Voting for top ten!
4) Voting for top five!
5) Voting for top three!
6) Voting for top two!
7) Winner will be announced!
Now, once we reach top two, it will be closed voting, so you'll send to me who you want to win through PM (personal message).
Nominees I have so far:

The Son of Neptune- HecateA (fanpop)

Olivia the Half Blood- Lightning98 (fanpop)

Over the Mountain- Amphitrite (fanpop)

Leila Jackson and the Olympians: The Lightning Thief- panda159963 (fanfiction)

You Don't Know Me!- Percabethis4ever (fanfiction)

The Plaza- Alessa-Daughter of Athena (fanfiction)

The Story of Athena's Daughter and Poseidon's Son- Ol'McAmando (fanfiction)

And that's all I have at the moment. Sites:
www.wattpad.com
www.fanpop.com
www.fanfiction.net

So, any more nominees you'd like to add? Let me know!

**Edit**
You can nominate until December 31 Eastern Time. Top ten will be announced around the second. Not the first or third because of Pretty Little Liars and Kanani coming out! :)
pjoluvr I say put in: Continuation of Percy Jackson by vlad_todd_fan okay?
goddessoflife Sure!
Lightning98 EVERYTHING!!! I love all of them
goddessoflife PLEASE NOTE! Nominate stories and people on my new page The Fan Fiction Awards. It has all of the information, and new edits. Please go there. Thank you!

1
Banner suggestion
added by HecateA
Source: me, paint, fanart across fanpop
Rules & What Not
posted by goddessoflife
Hello! I'm in a very awesome mood right now. I feel like screaming with excitment. Don't ask why, because I really don't know.
Now, the real reason we're here is because...
PERCY JACKSON FAN FICTIONS!
*gasp!*
This is the guide with all of your awesome rules and other important information.
I hope you consider joining, and if you have, THANK YOU! This really means a lot to me and I can't wait to work with all of you!
So, here are the basics, which explain some random stuff before I really explain how this works...
Each rule will be in bold, so you know what the heck you're looking at. That didn't...
continue reading...
2
Overshadowed
posted by HecateA 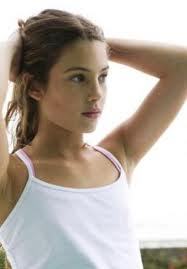 Abby
Well, well... First article fanfic on this spot. I better not deceive!


I’ve been overshadowed my whole life.
It doesn’t matter where or by whom, I just have been.
New York is a big city; there are a lot of people in it. A lot of variety of people that like a lot of things do many things and are good at them. I’m not really good at anything. I don’t have the “wow” factor going for me like my sister.
My name is Abby Beauregard, and you probably know my sister.

Silena
She’s my dad’s first daughter, child of Aphrodite. She’s incredibly beautiful, she had black hair and brown...
continue reading...
1
Addison Zander A new demigod chapter 1
posted by greenstergirl
Okay so I wrote this before on another club but I thought this club needed more stories besides HecateA's amazing overshadowed story.

I've always been different. No doubt. I have crazy sicknesses. I'm a hippie. I love fighting. And I'm considered to be one of the most powerful demigods on the earth. Why? Because I gained a power....a power that any demigod could earn, and I'm the only one who inherited it.