1
Percy and Annabeth- Lover’s Death- Chapter 3.
posted by SmartGirl6542
Annabeth lay in my arms, the blood from her back seeping into my jeans. I didn’t care. I threw the car on the road and drove to the nearest hospital. I carried my wife into the hospital and felt the blood flooding onto my hands, but once again, I didn’t care. I only wanted to make sure that she was okay again.
“What happened?” A doctor came rushing forward.
“We were in my car, and the next thing I know, she screamed. I think it’s a bullet. Help her!” I screamed. The doctor nodded and wheeled her away. I slumped in a chair and wiped my hands off before pulling out my phone and dialing Spencer’s number.
“Percy, where are you?” He hissed.
“At the hospital. Annabeth got hurt. I don’t know who did it. When I find out, they’re so dead.” My nerves were frozen with nervousness and fear.
“We’ll be there in ten minutes.” Before I could protest, Spencer began barking out orders at people and snapped the phone shut.
Perfect. Now I had the CIA raiding the hospital and all because I had to go shoot off my mouth. I did always have a problem with that, or at least Annabeth thought so, because she told me that constantly.
Finally, when the guys arrived, we still had to wait for two hours until someone finally called out, “Annabeth Jackson?” My head snapped up and I jumped to my feet.
“She’s my wife. Is she alright?” I asked walking up to a nurse who wore scrubs.
“She’s going to be fine. I’ll show you to her room.” The nurse led me down the hall and into a room where Annabeth lay. Her eyes were closed and she didn’t move, but she was breathing and as long as she was alive, I didn’t care about anything else. “She should wake up soon. You can wait here if you’d like.” The nurse smiled and walked away.
I sat in a chair, leaning my head back against the wall. Spencer and the rest of the group came in, seeing Annabeth lying there, seeming so close to being dead. I kicked myself for thinking that. She would be fine, and whoever did this would pay.
“I’m sorry, man. Do you want us to stay with you?” He asked, lightly punching my arm.
“Nah. I’ll be fine.” My voice cracked. Spencer nodded and followed the rest of the guys out. Luckily, I managed to wait about thirty seconds before wiping the tears from my eyes.
I don’t know why I didn’t just use my water power, but I don’t think that even the son of Poseidon can heal people this deeply wounded with water, no matter how much the person means to them. A tear fell from my eye and onto the back of her hand. I wiped my eyes before wiping the tear away from her hand, and sitting back in the chair again before closing my eyes.

Annabeth was still asleep when I woke up, so I sighed to myself and noticed her phone ringing across the room. I got up to answer it, seeing that it was a text from an unknown number. My brow furrowed, and the growing anger got even bigger as I clicked the “read now” button and read it.
“Annabeth, I’m sorry my minions hit you. That bullet was meant for Percy. Forgive me and get well soon. Signed, Luke.” I bit my tongue to avoid letting out a stream of curses or waking Annabeth with a scream, and said the curses inside my head.
Luke had meant to kill me so he could get Annabeth for himself. He already tried doing that over a year ago, and it didn’t work then. It wasn’t going to work now either. I put her phone back down after forwarding the text to my phone and deleting it off hers.
When she finally woke up, she looked up at me and smiled. “Hey. How long was I out?” She asked, propping herself up on her elbows.
“About four hours.” I responded, sitting in a chair closer to the bed.
“Oh.” I was shocked that she wasn’t screaming. She’d nearly died for God’s sake! She smiled and sighed.
“Can I borrow your phone?” She asked. I handed it to her without hesitating. She messed with it for a minute, punching different buttons before she handed it back to me. I looked down at it, realizing it was locked. Oh, God! Not again!
See, after we’d gotten back from defeating Kronos, I got my first phone and whenever Annabeth used it, it always came back locked with a secret code that only she knew.
I sighed and looked up at her, wondering what kind of crazy code she’d put in this time. I began pressing buttons, but whatever I seemed to guess, it was always wrong. I looked up at her again, hoping she would just tell me and get it over with, but there was no mercy in her eyes.
On the phone I had, you could use either letters or numbers to lock the phone, and Annabeth mostly used letters or symbols. She thought this made it more difficult if she used the names of monuments that she told me about, or the name of a book I never heard of.
I switched over to the letter option, and typed in my name, her name, every monument she’d ever told me about, and when that didn’t work, I tried using our parent’s Greek and Roman names, but those didn’t work either.
“Ugh! I give up!” I threw the phone on the mattress and groaned. She picked it up, hit the letters option, and typed in something, and handed it to me without hitting the enter button. I looked down at the screen and saw what I never thought I’d see.
“I do.” And a few hearts were plastered on the screen.
“Thank you, Annabeth.” I gave her another smile and grabber her phone before she could, locking it.
This code is something she would probably figure out in… “Aww.” …zero seconds. “I love you too.” She smiled and sighed, letting her head fall back against the pillows.
“Is there anything I can get you?” I asked.
“Coffee would be nice. “ She smiled as I stood up. I nodded and walked out into the hallway, but there wasn’t much I could do before I got slammed to the floor and was forced to stare at Luke’s feet.
kavijacksonHallo2020 like this
rockology101 aaaaggggrgrrrhhhh luke is such a *&^%@@^££$%%$ annoying jackass
ZeldaHyrule omg opmg omg omg omfg
BitemeIVampire Fuck Luke why doesn't he just die already? Fucking stalker, a Dumb Ass that Luke.
YoYoBuddy Epic fail, Luke died in book 5.
Killer_Joy What are the other chapters called???
Killer_Joy Percy is going to preform surprise surgery on Luke isn't he. }:D
5
Annabeth and Percy- Ruined Wedding- Chapter 2.
posted by SmartGirl6542
Pain swelled up in my head, but only one thought overwhelmed me: Annabeth was gone. She’d been kidnapped and I was still unconscious for I don’t know how long, but I knew that I had to save my bride. Guilt immediately flooded me; I should have protected her. I had returned Zeus’ lightning bolt with monsters always following close behind, and I couldn’t defend my wife? That’s unacceptable. One thing I knew for sure; unless she was mad, Annabeth was nothing like a monster.
I squinted against the light invading my darkness and finally opened my eyes. I saw Thalia, Mom, and Chiron looming...
continue reading... 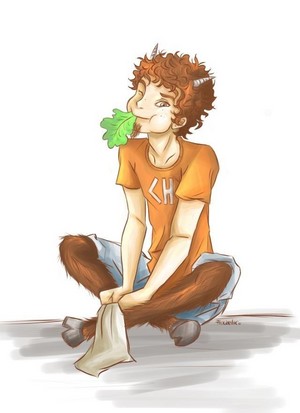 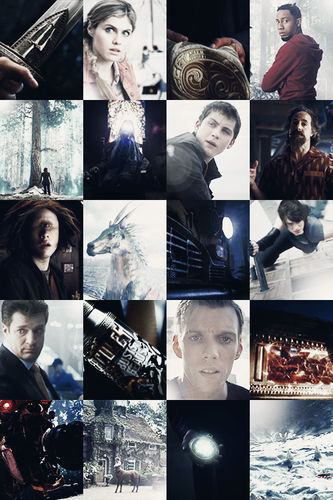 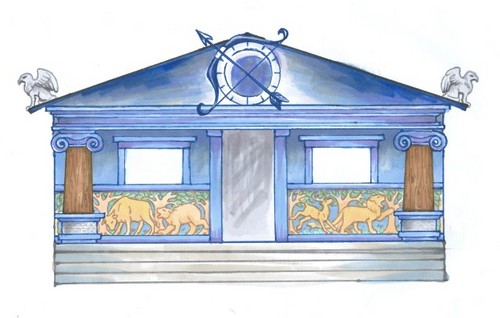 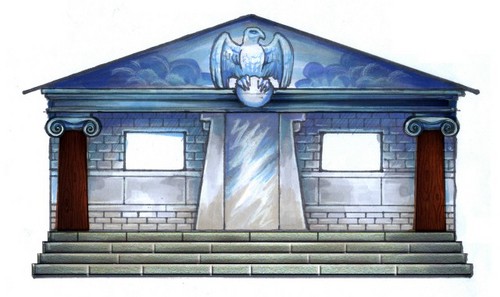 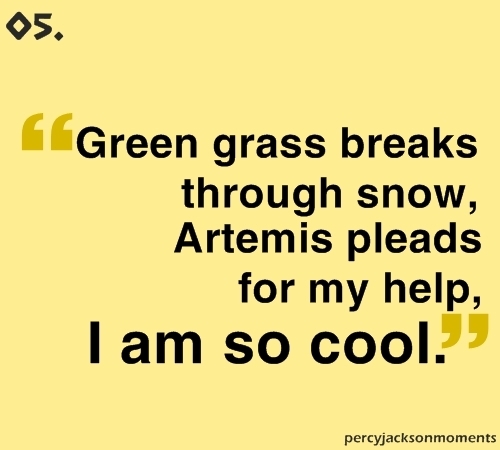 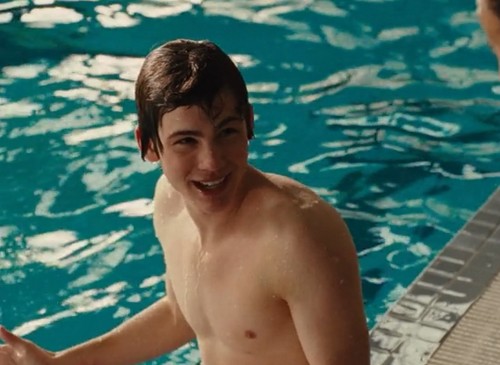 percy jackson
added by nickmylove
Camila, the daughter of Poseidon
posted by hannaplusnico
When people tell you monsters don't exist, they are lying. I know this firsthand. Because I've met monsters. Terrible, hideous monsters. Like my nanny.
It sounds like I'm just being overly dramatic, but she really does have wings, fangs, and a terrible smile, like she is about to devour me. Which she probably is going to do. Right. About. Now.
I scream and throw my cell phone at her. She is unaffected. I will the water, for some reason, to shoot at her. And it does. I think to myself, wow, and how I should probably get to the nearest hospital. I am feverish and delirious, I tell myself. I...
continue reading...
-1
As normal as demigodly possible
posted by chamnilya
Chapter 1

"Wake up, Percy! Time for school!" Sally Jackson yelled to her only son, Perseus Jackson, while expertly flipping pancakes.

Percy Jackson POV
Uh! I do not want to wake up; I absolutely do not want to go to Goode High. So I just grunted in response and settled down for more sleep. Who would care if I was late today? I, Percy Jackson, am considered a loser even if half of the population at school claims I am hot and popular. My studies are not really good, thanks to my dyslexia and ADHD that most demigods have. I am around 17 years old, son of Poseidon, battled in the Titan war and Giant...
continue reading...
1
A Ligit and Epic Tale of a Girl Called Courtney
posted by Talkitiv4Thalia
Prolouge

"Well it has your name on it." Hermes replies to my idiotic question. This time he was disguised as a secretary just doing his "business".

Of course Martha and George were with him.

Hey, have you ever heard of a rat, because I really like...

George would just shut up and stop bothering her, Martha pleaded.

"Would you guys please be quiet?!" Hermes asked while he looked down at his efficiant clip board. I couldn't help but to stare at his fancy outfit. And his striped tie and his leather shoes and his... ok I'm getting off topic.

1/ When you see a group of PJ fan talking ‘bout him, pretend to join them and say: “Oh, you guys talk ‘bout Peter Jackson, the director of King Kong and LOTR? Oh…oh, I so love him!”

3/ Tell him/her that you heard Kronos speaking in your dreams and he asked you to kill all demigods (fake or real) you know. 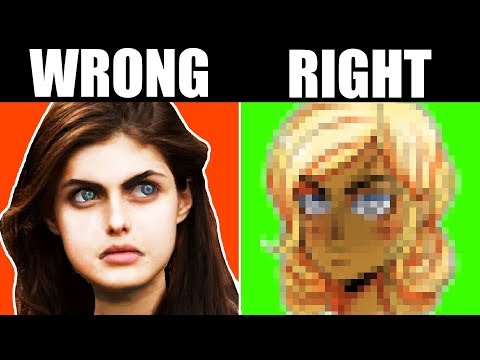 FIXING THE WORST MOVIE ADAPTATION EVER: PERCY JACKSON // By the Book: Episode 4
added by usernameinvalid
video
percy jackson
movie
annabeth chase
grover
Sea of Demons part one
posted by 46and78
3rd POV
The man had never felt more terrified than when he saw the mysterious teen.
The teen had blood-red eyes and black hair. His clothes were soaked with crimson red blood, still warm and damp, as if he had died a second before from blood loss. He also had a familiar celestial bronze dagger, also covered in blood.
Her dagger, covered in her blood.
The man closes his eyes and takes a deep breath.
“Remember me? I haven’t seen you since you were twelve! I remember that you thought you had gone crazy! Too bad you were right.”
The man looks up in fear.
Dry lightning cracks across the sky.
Those...
continue reading... 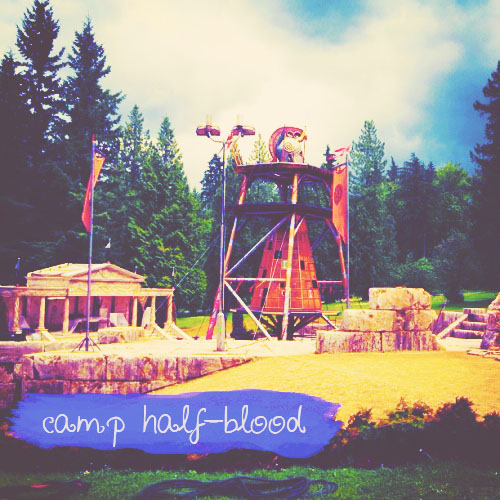 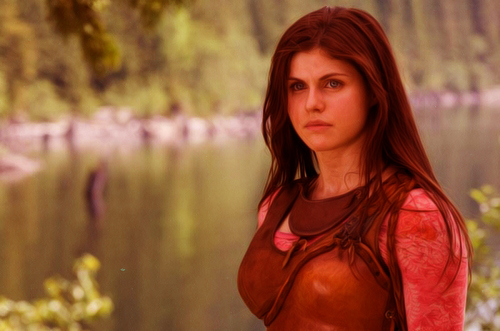 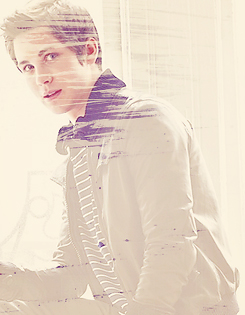