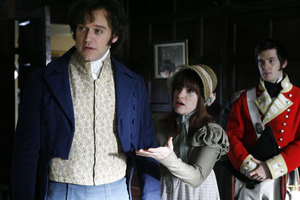 I must admit that I am usually not a fan of novels or any other forms of storytelling that are based upon or continuations of published works of the origin author. This is certainly the case for the numerous works (sans two) based upon Jane Austen's six published novels.

The 2008 miniseries, "LOST IN AUSTEN" is not based upon any particular Austen novel that was not written by the Georgian Era writer. Instead, it is the brainchild of screenwriter Guy Andrews. The latter created this fantasy-comedy, which is an adaptation of Austen's novel, "Pride and Prejudice". "LOST IN AUSTEN" told the story of one Amanda Price, a twenty-something career woman, who lives in Hammersmith, a suburb of London. Amanda works at a bank and shares a flat with another twenty-something named Pirhana. She dates an obtuse and slightly crude young man named Michael, with whom she has become disenchanted. Amanda is also a die-hard Jane Austen fan. And her favorite pastime is reading the author's published works - especially her favorite novel, "Pride and Prejudice".

One evening, Amanda finds the novel's main character in her bathroom - namely one Elizabeth Bennet. Amanda decides to regard the latter as a vision and views the incident as a reminder that she can do better than Michael. But when Elizabeth re-appears the following evening, Amanda steps through a secret doorway shown by the former and finds herself inside Longbourn, the Bennet family home . . . and stuck in the novel, near the beginning. Amanda manages to become the Bennets' houseguest by claiming that she and Elizabeth are pen pals who had become confused over the dates they were supposed to visit each other. During her stay in this fictional early 19th century world; Amanda not only discovers that Austen's characters are not what she had always assumed they were, but that her interactions with them may have somewhat scrambled the author's tale.

"LOST IN AUSTEN" struck me as this mixture of the 1991 Diana Gabaldon novel, "Outlander" and the television series, "ONCE UPON A TIME". Guy Andrews' tale is basically a mixture of time travel and the collision of the real and literary worlds. I am not one of those purists who believe that a film or television adaptation should strictly follow its literary source. However, Amanda Price's adventures in "Austen Land" not only forced her to deal with the customs and mores of early 19th century Britain, but also changes in the novel that would have left the author spinning in her grave.

Some of those changes resulted from Amanda's determination to maintain the story's original narrative - namely Charles Bingley's brief infatuation with her, Jane Bennet's marriage to William Collins and Charlotte Lucas' decision to become a missionary in Southern Africa. Other equally hilarious and mind boggling changes simply took Amanda . . . and the audience by surprise. Lydia Bennet proved to be a lot more likable than the Austen's version. The three biggest characterization changes proved to be Caroline Bingley, Georgiana Darcy and George Wickham. One of the more interesting aspects of Andrews' screenplay was the difference between Fitzwilliam Darcy's romance with Elizabeth Bennet in Austen's novel and his romance with Amanda Price in this production. The differences were probably the result of Amanda's knowledge of the story, her blunt speaking personality and Mr. Darcy's more ruthless approach toward propriety.

How do I feel about these changes? They injected a crazy spin on Austen's tale that left me shaking with laughter. I also found these changes chaotic, funny and at times, simply insane. What can I say? I loved Andrews' tale. I am usually a little wary of revisionist novels or cinematic adaptations of the former. But "LOST IN AUSTEN" proved to be so original and hilarious that I had completely dismissed my apprehensions about the production and fully embraced it.

Mind you, "LOST IN AUSTEN" was not perfect. I found it odd that other members of the Bennet family barely made a fuss over Amanda's lack of wardrobe, or the fact that she seemed to be borrowing the missing Elizabeth's clothes. I found the time-travel method to transport Amanda to Austen's tale a bit lame, but this seemed to be the case in many time travel stories. My biggest gripe proved to be Lady Catherine de Bourgh's socializing with Charles and Caroline Bingley. Apparently, Andrews (and many other Austen fans) seemed to harbor the misconception that the Bingleys were members of the upper-class and the Bennets were part of the middle-class. The opposite was true. The Bennets came from the landed gentry. And the Bingleys made their money in trade, which made them members of the middle-class. There is no way in hell that an ultra-snob like Lady Catherine de Bourgh would associate with the likes of Caroline Bingley or her brother Charles.

The main virtue of "LOST IN AUSTEN" proved to be its cast. Jemima Rooper turned out to be the woman of the hour in her superb portrayal of "the woman out of time", Amanda Price. Considering the crazy shenanigans that permeated Andrews' story, I have to give kudos to Rooper for not only carrying this production on her shoulders and making it all so effortless. One of the most amazing aspects of "LOST IN AUSTEN" was the electric chemistry between Rooper and her leading man, Elliot Cowan. I heard or read somewhere that Cowan was a last minute casting for the role of Fitzwilliam Darcy. I say . . . thank God!. I have to say it. Cowan gave, in my opinion, a brilliant performance and probably the most interesting interpretation of the Fitzwilliam Darcy character I have ever seen. Or should I say . . . the most ruthless? I have never come across a Mr. Darcy so ruthlessly determined to adhere to society's rules. And when the character finally succumbed to feelings for Amanda, his Mr. Darcy struck me as the most romantic.

"LOST IN AUSTEN" also featured some first-rate performances from the supporting cast. Tom Riley did an outstanding job in his portrayal of a more ambiguous George Wickham, who seemed less of the fortune seeker and more of the decent and a surprisingly chivalrous friend for Amanda and the Bennet family. Morven Christie gave an excellent performance as the eldest Bennet sibling Jane, whose long-suffering in this story revealed the character's true strength and backbone. Hugh Bonneville gave an entertaining and witty performance as Mr. Bennet, the family patriarch. I found Alex Kingston's portrayal of Mrs. Bennet to be very interesting. Her take on the role seemed more ruthless and a lot less silly than other interpretations. Another interesting performance came from Tom Mison, whose portrayal of Charles Bingley struck me as more refreshingly complex than other portrayals.

Christina Cole, who co-starred with Rooper in the Sky One 2004-2005 series "HEX", gave a wickedly subtle performance as Caroline Bingley, Amanda's rival for Mr. Darcy's attention. In many ways, her performance reminded me of her role in the 2009 miniseries, "EMMA", but with more of a sophisticated touch. After seeing "LOST IN AUSTEN", I feel that Guy Henry's take on the William Collins character has to be the skeeviest and yet, funniest version I have ever seen. Lindsay Duncan, on the other hand, injected a good deal of sophistication into her portrayal of the autocratic Lady Catherine de Bourgh. And Gemma Arterton gave a very nuanced performance as the time traveling Elizabeth Bennet. However, I must admit that her take on the character seemed a bit more introspective than previous performances. The miniseries also featured solid performances from the likes of Perdita Weeks, Gugu Mbatha-Raw, Michelle Duncan, Daniel Percival, Ruby Bentall and Florence Hoath.

Yes, Guy Andrews' screenplay for "LOST IN AUSTEN" had a few hiccups. What movie or television production does not? But overall, Andrews created a wildly entertaining and imaginative look into the pages of Jane Austen through the eyes of a modern day, early 21st century woman. And Dan Zeff's well-paced direction, along with a talented cast led by Jemima Rooper and Elliot Cowan, added a great deal of pleasure to his story. 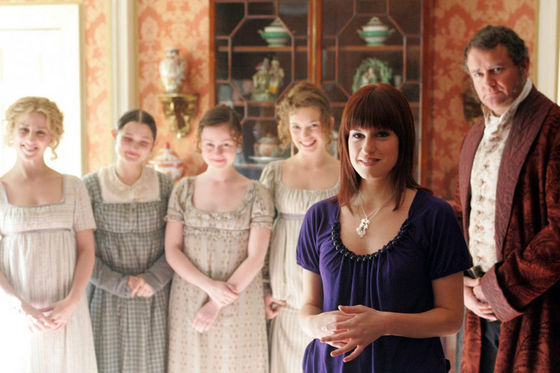 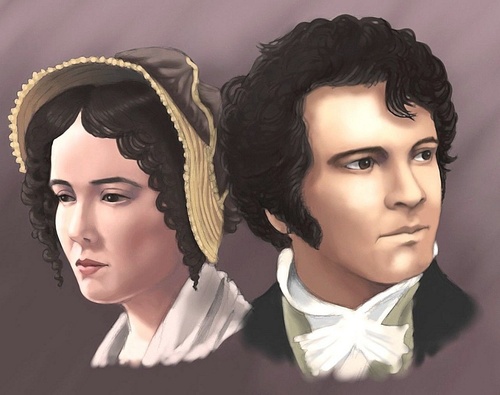 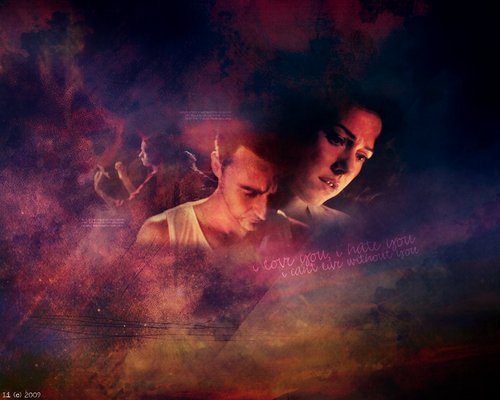 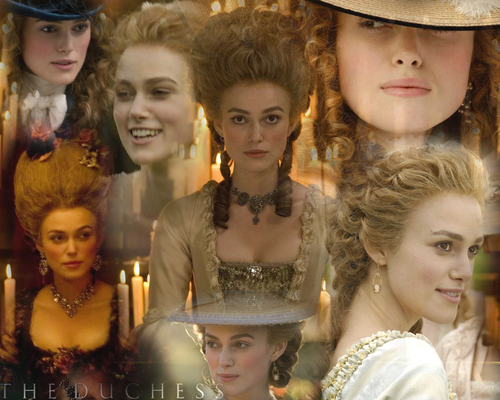 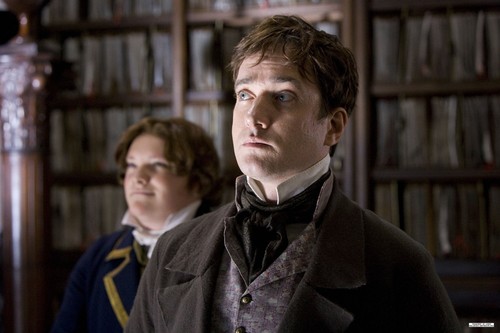 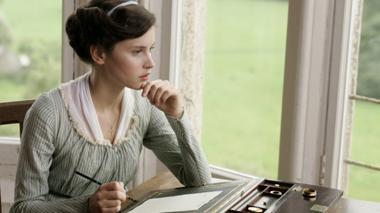 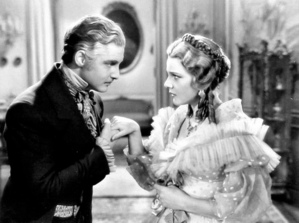 I have seen only two versions of Alexandre Dumas père's 1845 novel, "The Count of Monte Cristo" in my past - the 1975 television version with Richard Chamberlain and the 2002 Disney film with James Cavielzel. While reading a good number of articles about the movie versions of the novel, I came across numerous praises for the 1934 adaptation that starred Robert Donat. And since I happened to like Dumas' story so much, I decided to see how much I would like this older version.

Set between the last months of the Napoleonic Wars and the 1830s, "THE COUNT...
continue reading... 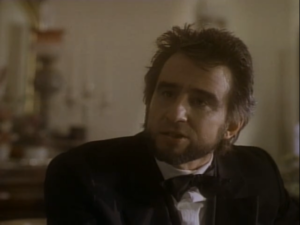 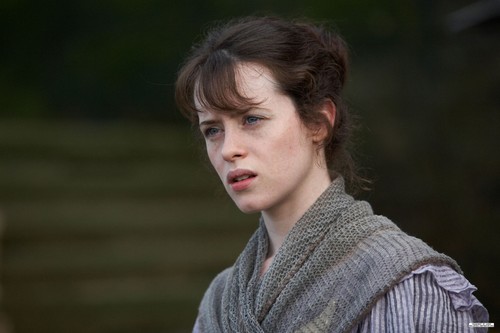 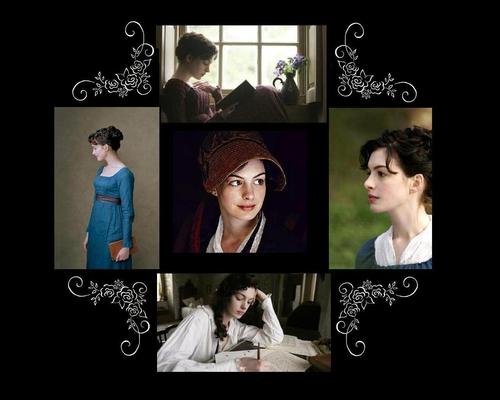 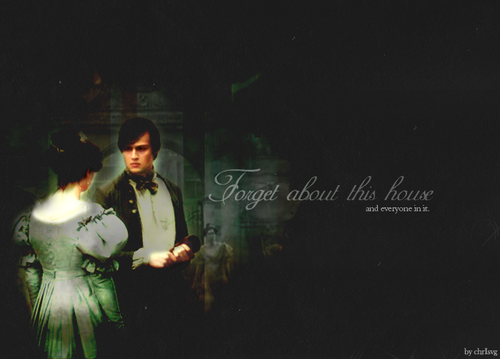 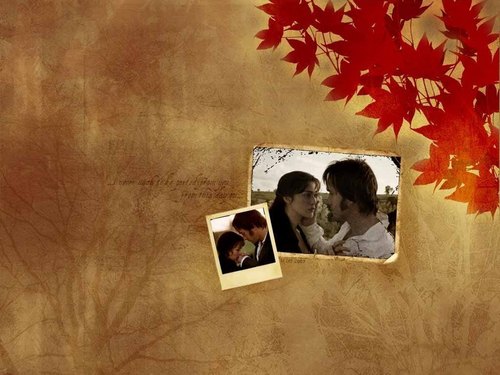 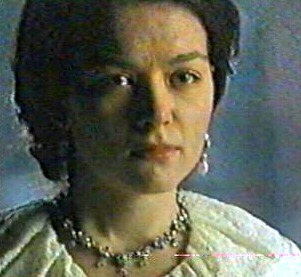 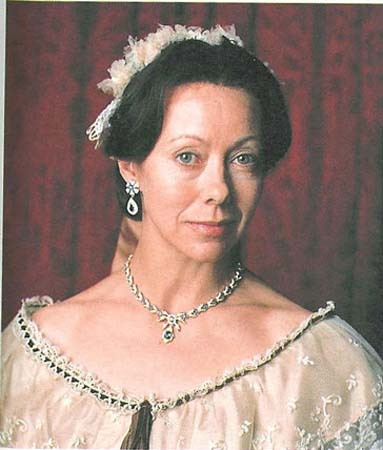 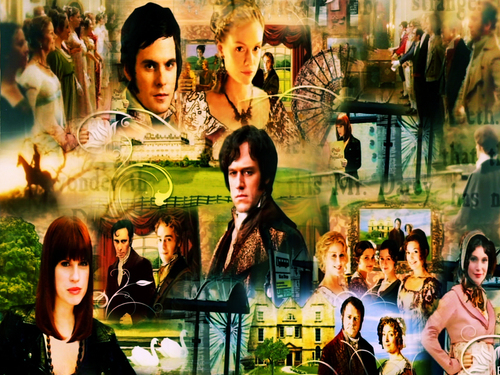 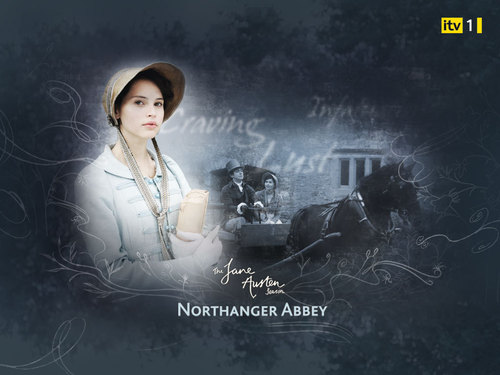 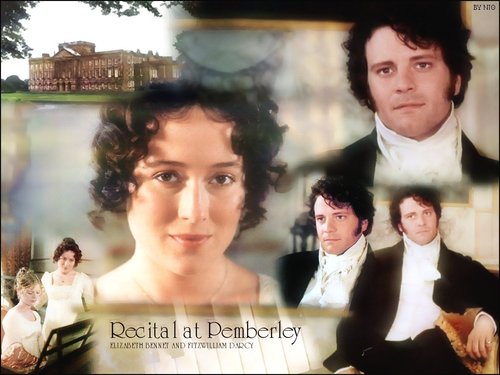 1
Nio829
added by MarieWP
Source: Nio (no longer has a website) 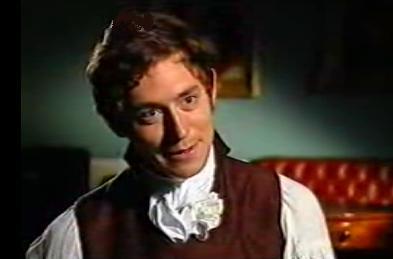