2
Perry and Emie in the biggest battle against kiki!
posted by rokeingirl
At the breakfast table:
Emie: Heinz no music at the table
Heinz:... *takes of headphones*
Perry:.....
Olivia: Whats wrong Daddy?
Perry: I just feel like something bad is gonna happen...
Perry's watch rings and a Carl hologram shows.
Carl: Agent P we have a report that*is breaking up*
A familiar voice comes on
Kiki: Hello Perry Emie
Perry and Emie: KIKI?!
Hyena-Bots break through Phineas and Isabella's new house where they live. Kiki's hologram turns off and she walks into the house.
Kiki: Emie Perry I see you have a family now, *laughs* not for long! Hyena-Bots GET THEM!!
Perry slips on his fedora and grabs Olivia.
Perry: EMIE GET HEINZ!
Emie then grabs her son and starts running after Perry.
Olivia: Daddy whats going on?!
Kiki: MWAHAHAHAHAHA
Emie: HOW'd She FIND US?!
Heinz: Mamá What's going on?! Dad is she the one who shot you? Oh shot..
Emie: WHAT HOW'd You...
Perry: Later we need to get these fudge-bags out of Phineas' house!
Perry and Emie both knew were they were headed to the very person Perry was about to see and foil his evil plan of the day the person Emie named her only son after Dr. Heinz Doofenshmirtz
Kiki: You suckish robots you lost them!

At Doofenshmirtz Evil Inc.:
Perry breaks down the door as he does every day
Doof: Ah Perry the.... You brought the kids with you is is it bring your kids to work day already?
Olivia: Grandpa Doof! A mean lion lady broke into our house and her scary robots tried to capture us!!
As Perry told Doofenshmirtz about the attack Emie pulled Heinz into the other room.
Emie: Who do you know that She was the one who shot your dad and how did you find out about that in the first place?!
Heinz: *sighs*
Heinz lifts his hod over his head and pulls out a fedora just like his father's and puts it on his head.
Emie: You're a.. An Agent?!
Heinz: Ya....
Emie: PERRY!!
Perry: What's wrong? *he sees Heinz with his hat on* Oh
Emie: Did you know about this?!
Perry: Well ya he's been my partner for about a year now....
Heinz: Ma don't get mad at Dad he didn't want me to join at first but I made him let me!
Emie looked at her husband then at her son and sighed
Emie: Please tell me he's only fighting Doofenshmirtz?!
Perry: Yes yes Emie thats all
Olivia comes over with "Grandpa Doof" in hand
Olivia: Daddy what's wrong and why is Heinz wearing that hat?
Doof: She doesn't know?
Emie: I didn't even know until a few minutes ago!
Olivia: Know what?!
Perry: Olivia your brother and I are Secret Agents.
Olivia: You mean like the ones on Tv like spy's?
Perry: Sorta you see Grandpa Doof builds a evil machine and your brother and I come and stop him from using it.
Olivia: *looks at Doofenshmirtz.*Your evil?!
Doof: Only a little I would never hurt anyone. *rubs Olivia's head and smiles*
Olivia hugs her "Grandpa"
Olivia: Then who was that lady that broke into the house Daddy?
Perry: She used to be your Mom and I's nemesis.
Olivia: You were a Secret Agent too Mama?!
Emie: Yes sweetie but I quit long before you two were born. That lady was Kiki lioness. A very evil ex-Agent.
Perry: We first meet her at a Zoo LONG before we were even married.
Emie: She tried to kill us but we were able to escape.
Perry: The O.W.C.A. assigned us to fight her along with Dr. D
Emie: We fought her for years.
Perry: Then one night we were fighting her and...
FLASH BACK!!!


At Kiki's Lair 13 years in the past
Kiki has captured Emie in a cage
Emie: PERRY HELP!!
Perry: EMIE!
Kiki: Mwahahahahaha!!!
Perry runs to save Emie. Kiki pulls out a gun a aims at Perry.
Emie: PERRY LOOK OUT!!
Kiki pulled the trigger and all Emie could see is the cage unlock and Perry fly feet away from where he was standing. Emie ran out of the cage and to the side of her one love.
Emie: PERRY PERRY.... Perry?
Perry: E-emie? What happened?
With tears in her eyes Emie tried to carry Perry out of Kiki's lair as quickly and carefully as possible without hurting Perry any more then he was already.
Kiki: Good luck Perry the platypus *smiles a evil smile* Your gonna need it!
Emie finally got Perry home after what seemed like forever only then did she see the blood coming from Perry
Emie: Uhh I'll get Phineas a Ferb wait here I go as fast as I can!
Emie ran into the house and as fast as she could to the boys' room. As soon as she saw the door open she took off like a speeding bullet and tackled Phineas.
Phineas: W-what oh hey Emie what's wrong?
By then the boys knew all about Emie and Perry being Secret Agents but they never understood the fact that some one could get hurt on the job. Because Emie and Perry were fighting another animal that day nether one of them had their translating devises, so it was difficult for Emie to get Phineas to understand her.
Phineas: Emie what's wrong where's Perry?! Ferb get up I think somethings wrong!
Phineas got Emie's translater and both boys got out of bed and followed the scared little echidna to the backyard where Perry was. As soon as they saw the blood Ferb ran to get their dad. Emie grabed the translator out of Phineas's hand and started to explain and at the same time cry.
Emie: Its all my fault! As soon as I was captured I called for Perry! I didn't even try to free myself! He came to my side and tried to free me and as soon as he did Kiki SHOT him!! Phineas I'm Soo sorry you must HATE me! I tried to warn him but it all happened so fast! Kiki SHOT him!! I feel so awful! It's all my fault!!
Phineas: Emie its not your fault now shush my dads coming!
Mr. Fletcher: What HAPPENED?!
Phineas: We think he got shot!
Mr. Fletcher: Get in the car boys!
Ferb: Do you think he'll be ok?
Their dad didn't answer. As their dad started the car Phineas picked up Perry and put him on his lap in the car. As Ferb got in Emie jumped onto his lap hoping for the best preparing for the worst. Although I wasn't her fault Emie blamed it on herself. Then finally got to the emergency pet hospital and got Perry in as soon as posable. Emie ran out of the building and sat near a bush and started to cry. Phineas followed her and sat with her.
Phineas: The vet says he should be fine it didn't hit anywhere vital.
Emie: *sniff* You sure?
Phineas nods and Emie stops crying.
Emie: Phineas, I'm going to leave the O.W.C.A...
Phineas: Why?!
Emie: Cuz I don't want this to happen again I knew from the first day that I'd end up messing things up. It's the best thing to do for Perry...
Phineas: Don't let something like this stop you from being an agent Emie. Sure it's awful but this things happen.
Emie stands up.
Emie: I'm quitting and I'm going to call right now I have to anyway to report what happened and then I'm going to quit.... But don't tell Perry yet I don't want him to know til he's better.
Emie walks off and calles HQ
Emie: Major Monagram.
MM: hmmm oh Agent E sorry it's late uh is it?
Emie: I'm reporting that Agent P was shot while fighting Kiki 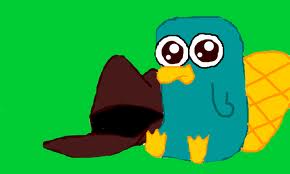 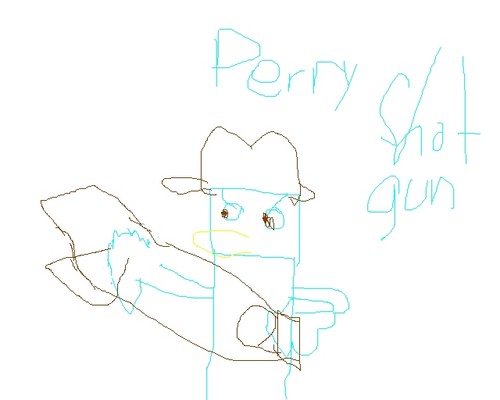 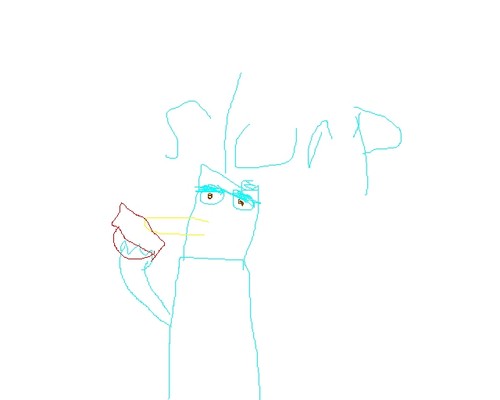 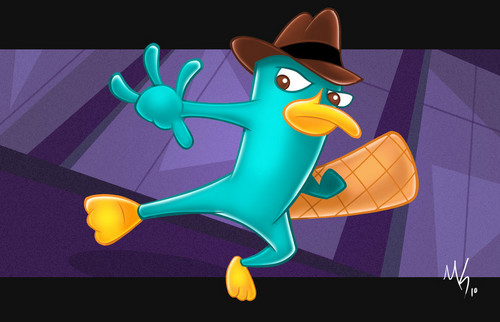 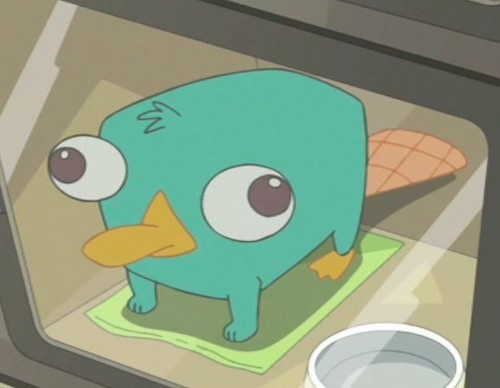 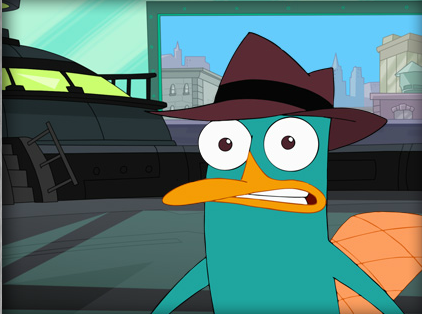 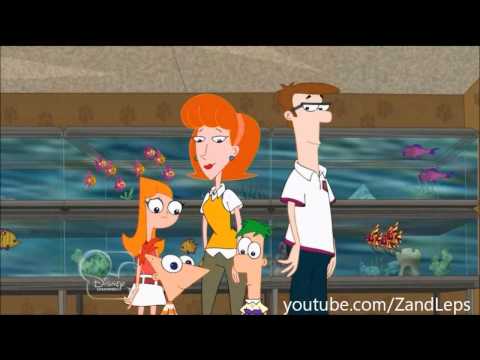 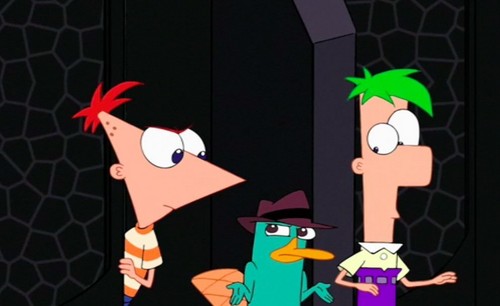 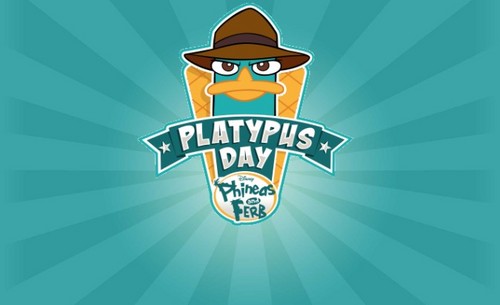 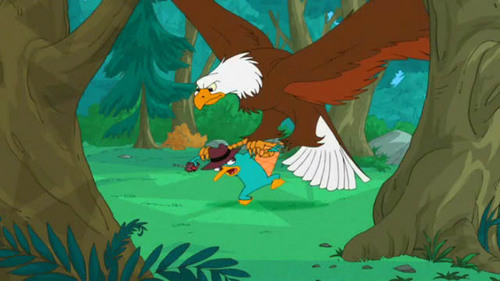 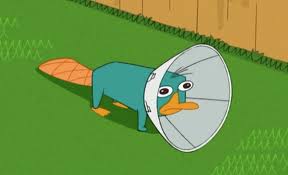 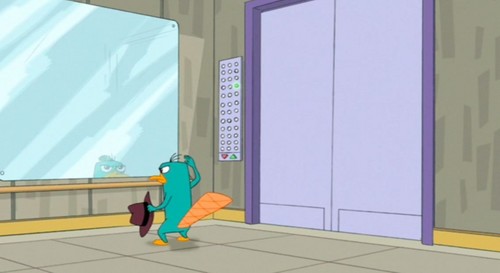 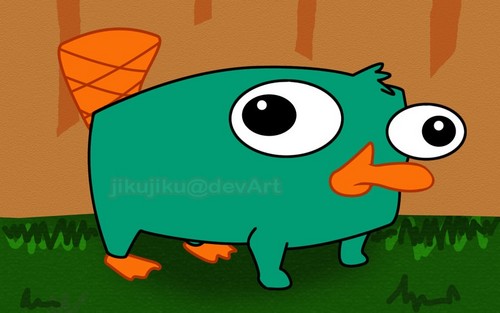 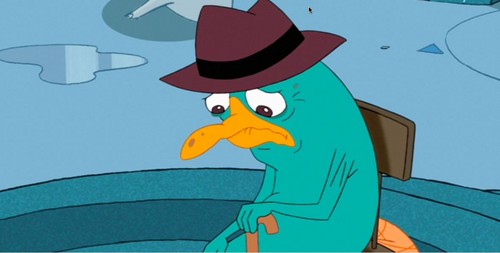 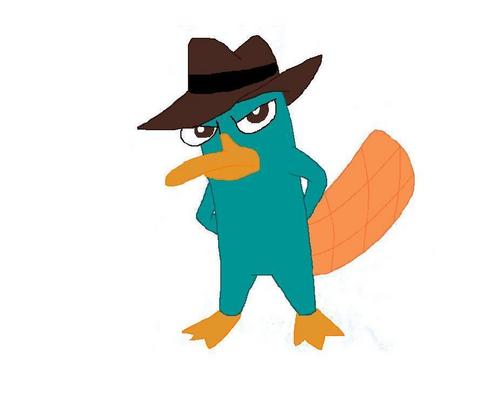 4
My drawing of Perry
added by LillyCrystal 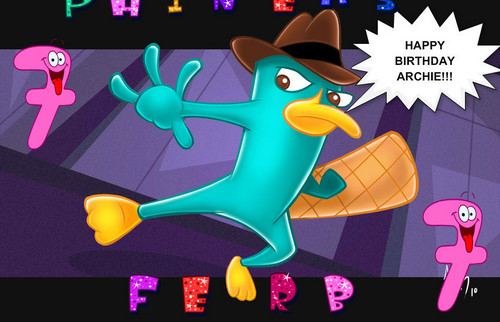 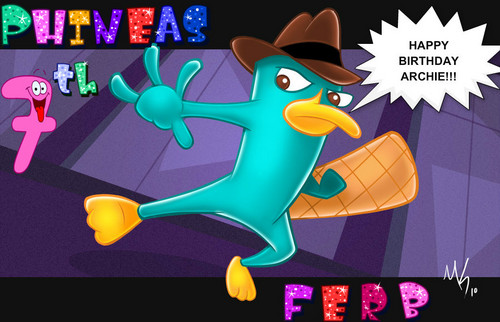