5
Face Analysis
posted by sweetangel222
Face
It all begins with the eyes - consciousness and perception. Most people are drawn to look directly at the eyes first, unless there is a unique feature on the face that calls their attention. When two people meet, eye contact allows them, within a few seconds, to determine a connection or not. Eyes are the windows of the soul and reflect our inner self and issues.

The person who looks away or has small squinty eyes is secretive and perhaps a dysfunctional personality, someone who does not want to relate. In contrast, a wandering or shifty eye portends a nature given to unsettled and inconsistent habits.

Direct eye contact reflects a personality, that can be controlling, strong, yet honest.

Unevenly set eyes convey that the person is capable of seeing things from a different perspective and applying lateral thought processes to resolving problems.

Ideally with a balanced personality the face has one eye width between each eye; it is even and thus balanced. Eyes closer set to the nose, imply a more limited view of the world. This person may prefer codependent relationships, often remaining at home and not leaving the family once reaching adulthood. This also goes to the person whose life path is parental caretaker. In this case, the person may feel cheated in life, have emotional problems involving moods swings. Professional help should be sought.

People with eyes set wider apart, may be more open minded about life and reality. They often fall into the holistic sciences as a means of self awareness, and find themselves in creative careers that reflect their inner issues. They need space, to be sure and can move on with the drop of a hat. Some have learning challenges, but that does not mean you should be the one to point out their faults, or they will leave. Not bad as friend, but not good in romantic relationships.


Deep set eyes go to deep, intense personality issues. and a serious mind These are the observers who like creative things and inspiring others with artistic expression. They are soul searchers, often here to make a difference with their endeavors. They are romantic and sometimes spontaneous. They are of sound judgement, compassionate and serious minded.

If you look at the eyelids of people through the millennia who were seers, great philosophers, creative geniuses, writers ... you will note they that many had heavy eyelids.

Cosmetic surgery on eyelids changes the look of the face as well.


The shape of the eyebrows is easily altered with tweezing or waxing excess hair. One must note the end result to associate with personality type. Many people enhance their eyebrows with pencil or eye shadows. As people age, or if they are sick, the partial or full loss of one or both eyebrows is possible.


The forehead is the largest part of the face in most cases. Generally, male foreheads have a relatively flat slope from the hairline to the brow, where women's foreheads have a convex curve both vertically and horizontally. Male foreheads often have a heavy bony ridge just above the eyes, in a line beneath the eyebrows. This is called brow bossing. A brow lift is a soft tissue procedure which tightens skin on the forehead and raises the eyebrows. This is usually done with an incision at the hairline, or endoscopically from smaller incisions within the scalp hair. This has the effect of opening up the face and making you look less stern and tired. However, it has no effect on the underlying bone, so its effects are not as dramatic as bony work. A brow lift is often done at the same time as bony forehead work.

Height of the crown indicates the idealism but more so the authority of the person. When the crown is low the person lacks in confidence to the degree that the crown is underdeveloped. An overdeveloped goes to a tyrannical, authoritarian nature. A well developed crown shows an ambitious nature.
Upper portion of the top of the head relates to imagination in proportion to its development and the dominance
Width or narrowness when viewed from the front: passive
Length: reveals foresight
Short head, when viewed sideways can indicate lack of forethought and a more live-in-the -moment attitude.
Wrinkles
The appearance of wrinkle and lines on the face are usually genetic. They may also speak of a troubled life, too much time spent in the sun, and are sometimes called 'worry lines.' Once again, in this day and age, they can be concealed with botox, collagen, skin peels, makeup, and skin creams.

Wrinkles could be less than skin deep New Scientist - March 2005

Nose
The shape of the nose is genetic, unless broken or fixed. Much is stressed about the nose, causing many people to resort to rhinoplasty to create the most flattering look and sometimes for breathing purposes.

Chiseled features have always been in vogue. Most popular is a nose that has a high, straight, full and fleshy tip with gently flared but protected nostrils. The fleshy tip indicates cordiality and warmth of personality and an empathic nature. These people can set high standards for themselves and are generally polite.

The groove on the upper lip below the nose is called the philtrum. If it is clearly marked, deep and long, it indicates strong and healthy energy levels and vitality. Flat, weak and unpronounced philtrums are sometimes indicative of reduced life force energy.

Mouth - Lips - Teeth
The mouth is related to communication, speech and the sensual appetites like eating and sex. The lips relate to our ability to nurture others in loving relationships. Many woman enlarge their lips as it makes them look more seductive.

Jaw and Chin
Wide jaw: authoritative, stubborn, controlling, has strong convictions and is not easily swayed
Short jaw: submissive
There are 9 types of chins:


Ears
Ears can also he altered with surgery, usually pinned back thus changing the shape of the face.

The ear is spiraled shaped like the nautilus which in metaphysics takes us to sacred geometry and the movement of consciousness - golden ratio.

Cheeks
High cheek bones: confident, watch drinking habits, outgoing, cautious yet friendly, authoritative
Overly red: lung and bronchial imbalance
Shiny and red: gallbladder and/or heart problems
Red and Blushed: allergies, digestive problems
Dark or gray tinge - depression
Mole on the upper cheek, down from the eye, attractive, temperamental, royal, psychic
Fleshy: frugal, economical disposition, thrifty,
Undeveloped: communication skills may need work. In palmistry you would have a short Mercury (pinky) finger
Strong in their presentation and are pronounced but lacking at the base: forceful sometimes, aggressive
Narrow but strong: Stubborn, opinionated,
GypsyMarionette, woohoomlb and 3 others like this
MissO1116 cool...
mariasha This is fun
genresavvy333 Wow 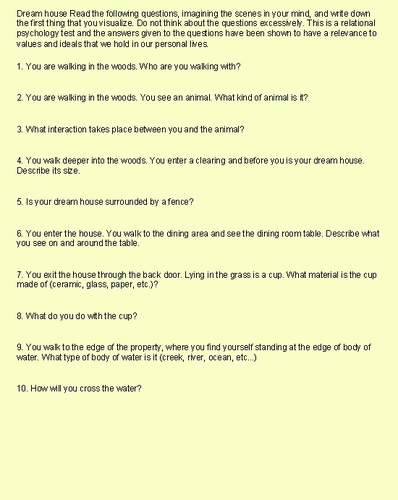 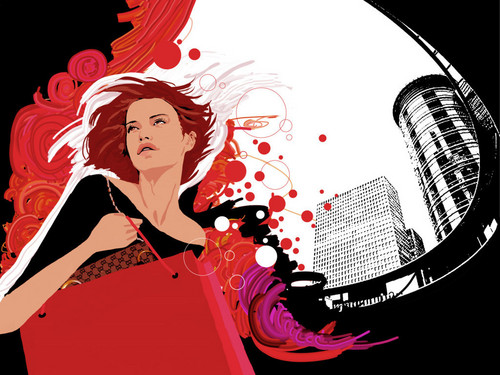 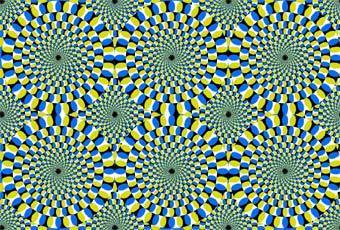 21
Stress pictures
added by mispulka
6
Race test!
posted by TotalDramaChick
I found this on DeviantArt and I thought it looked fun!

British
[x] You drink a lot of tea (I only drink it in the morning....)
[] You know what a brolly is
[] Deal or No Deal has taken over your life
[ ] You wanted Ben to win X Factor
[] You use the word "bugger"or the phrase "bloody hell"
[x] Fish and Chips are yummy
[] You can eat a Full English Breakfast
[] You dislike emos almost as much as you dislike chavs
[x] Its football...not soccer
Total: 3

Australian
[x] You wear flip flops all year
[] You call flipflops thongs not flip flops
[] You love a backyard barbie
[x] You know a barbie is not a...
continue reading... 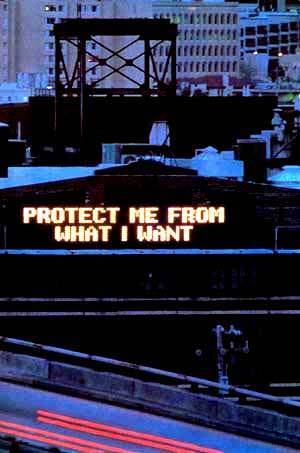 To read more about it: link

I like getting my energy from active involvement in events and having a lot of different activities. I'm excited when I'm around people and I like to energize other people. I like moving into action and making things happen. I generally feel at home in the world. I often understand a problem better when I can talk out loud about it and hear what others have to say.

The following statements generally apply to me:...
continue reading... 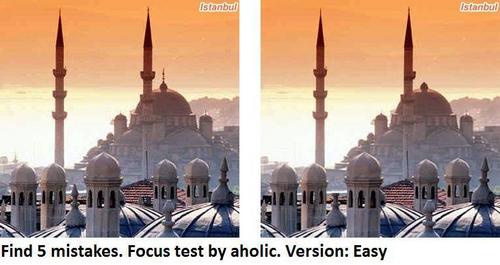 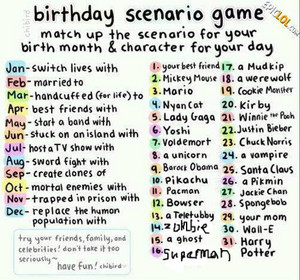 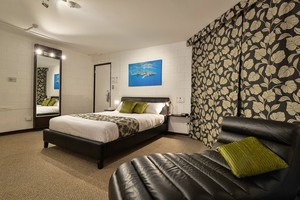 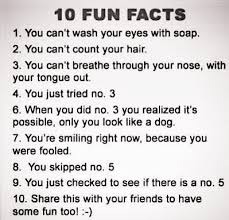 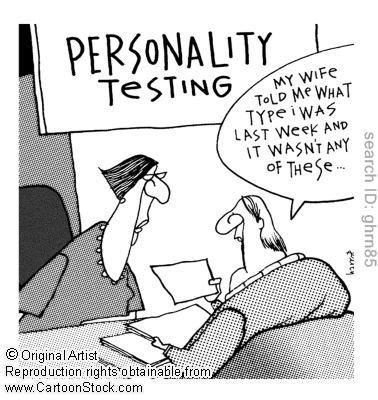