Isabella was sleeping over at her friend Emily's house, Isabella and Emily were watching a romance movie. "I can't hide my feelings anymore, Mark" said the woman on screen. "It is undeniable now." "What is it Jennifer?" said the man. "I love you Mark, ever since we were children I've loved you, I've tried to contain it, but I can't bear it any longer." as the woman said this Isabella began to frown. She got up and got inside her sleeping bag, but Emily stayed put "Jennifer, I... don't know what to say... this is so sudden." said the man. "Isabella, get over here, your about to miss the kiss." said Emily. "No thanks." said Isabella glumly. "But, you never missed a kiss." said Emily. Isabella just pulled her sleeping bag over her head. Emily walks over to Isabella's sleeping bag and pulls down the covers. "Okay, whats wrong, Izzy." said Emily. " Nothing, what makes you think somethings wrong?" said Isabella trying to smile. "It's Phineas isn't it?" said Emily. Isabella sighs frustratingly. "It's just that I've known him since Kindergarten, and he's never asked me out, it just seems so pathetic." she says. "I know a simple solution when your crush has never asked you out." says Emily. "YOU ask HIM out." Isabella's eyes perked wide open. "Are you crazy, I'm trying to get him to like me, not make him think I'm desperate!" she said. "Aren't you?" Emily said. "Well yes, but I don't want him to know it." said Isabella. " Well you know, if you don't make a move, someone else will." said Emily.

At lunch the next day, Isabella and Emily are heading to their table when they see Phineas and Baljeet studying. Emily gestures to Phineas and walks away. Isabella takes in a deep breath and walks over to Phineas' table. "Baljeet can I talk to Phineas for a second?" said Isabella. Baljeet says "Not yet, Phineas needs help with his math home-". "MOVE IT!" Baljeet jumps up and runs off screaming. "Hi, Phineas what'cha doin'?" says Isabella. " Well I was studying until you came along." says Phineas. "Well, you never use that tone of voice unless you really wanted something." Isabella gulps. "So, what's up?" says Phineas. "Well...I was...wondering...if you'd like to...hang out... with me." says Isabella. "Sure, when?" says Phineas. Isabella looks across the room where Emily is sitting, Emily gives her thumbs up. "Um, we could go to the carnival tonight." Isabella says. "No problem, see you there." Isabella gets up to sit with Emily. "Yes!" she whispers. Baljeet comes back to the table. "Is she gone?" he says.

That night Isabella was getting ready, and talking to Emily on her cell phone. "Will you just relax?" said Emily. "Dating isn't so hard." "Easy for you to say, you have a boyfriend who actually asked you out." said Isabella. "Good point." said Emily. "Just talk about stuff you like, but don't hog the conversation, oh, and most importantly, don't kiss him unless you know he likes you cause that'll leave him shocked and conflicted." "How am I gonna know if he likes me?" asked Isabella. "Uhh...weeeeell... oh look at the time, I gotta go Isabella, have fun at your date." said Emily as she hung up. "Uuuuuuuugh!" grunted Isabella. "I guess I just won't kiss him."

Phineas was getting ready to, when he heard his cell phone ring. He picked it up. "Hello." Ferb's voice answered saying. "Phineas we're at Mr. Slushy Burger and we're still waiting for you, you know how waiting for meat makes Buford cranky." "That was today, oh sorry Ferb, it's just that Isabella just invited me over to the carnival." said Phineas. "Well you better call and cancel cause I don't think Buford can wait much longer." said. "Buford want meat NOW!" said Buford's voice. "I couldn't do that to Isabella, from the way she sounded I think she's been looking forward to this, you'll just have to go without me." Phineas heard Baljeet screaming. "I gotta go, Buford's trying to eat Baljeet." said Ferb. He hung up.

Isabella waited at the entrance to the carnival, with an anxious look. Phineas' bright orange car pulled over in front of her and she sighed with relief. "Hi, Isabella, what'cha doin'?" said Phineas. "Just waiting for you." said Isabella. Phineas got out of the car. "Isabella, I'm curious." said Phineas. "Yeah?" said Isabella. "Why would you invite me, when you could've inivited anyone?" Isabella gulped. "Uh... no special reason, I just...you know... wanted have fun with you." Phineas paused. "Okay." he said. "Phew." whispered Isabella.

Phineas and Isabella went on a ton of rides before they headed to the ferris wheel. "I never thought I'd have that much fun on a rollercoaster I didn't build." said Phineas. "Me neither." said Isabella. They got on the ferris wheel, and it took them straight to the top before stopping. Phineas looked up at the stars. "Hey Isabella," said Phineas. "I never told you this, but remember when me and Ferb built that rocket ship to check out that star dad named after us, it turned out it was an alien milkshake bar." "Wow, the sign must've been bright." said Isabella. "That's what I said." said Phineas. They both laughed. For a while, both said nothing, until Phineas said: "Isabella?" "Hmm?" Isabella answered. And Phineas went on. " You know, we've been friends ever since Kindergarten, and for as long as I can remember, I've been having, weird, unexplainable feelings near you, I thought it was nothing for a while, but it's starting to bug me, it's like your a really good friend, but, like a whole lot more than that." As Phineas said this, Isabella grew a smile. Phineas continued. "I'm probably not making any sense, I don't understand it myself." "Actually, Phineas, I understand it completley." said Isabella. Phineas eyes grew, "Really, well can you explain it to me?" "Sure." At that moment Isabella wrapped her arms around Phineas' neck, pulled his head towards her and started a long and passionate kiss. At first Phineas' eyes grew wide open in disbelief, but then they slowly closed. Then he wrapped his arms around Isabella's back. Just then, Isabella's cell phone rang. Neither Phineas nor Isabella took notice and continued their kiss. The phone wouldn't stop ringing and eventually Isabella pulled out her phone, without parting from Phineas, and threw it off the edge of the ferris wheel, Isabella put her arm back on Phineas and continued her moment. The phone hit the ground and broke apart.

Not to far away, Emily was trying to call Isabella, when her phone shown the words: "connection terminated".


"what just happened" phineas blushing while being confused of this werid feeling "umm phineas this kiss meant i fell in love with you a long time ago and i wonder... do you feel the same way?" isabella feels embrassed " i dont know ? does this answer your question" phineas and isabella kiss on the ferries wheel for a long time lets just sayy until the ride ends. Isabella looks at phineas, whle phineas looks as red as a tomateo. They both get off the ride and leave.

once they arrive at isabella's house phineas gets off the car, so does isabella they both walk up to isabella's "phineas i had so much fun with u tonight and i never thought that this would happened" "i had fun to isabella now i understand my feelings for you isabella, i love you isabella i think i always have" isabella blushes "i love you to phineas" they kiss one last time i wish this could last forever i dont want to let her go phineas thinks i ca'n't belive that my best friend is kissing me but i am glad he is isabella thinks. once isabella enters her house phineas stands there happy and surpised of what happened that night.

"so ferb did buford eat baijeet" 'no thank god !" "good i guess the nerd still alive" "so phineas how did your night go with isabella" " she kissed me" "what ......." speechless ferbs mouth hangs " wow phineas must had been a fun night for you" "yep

i cant belilive i kissed phineas and he kissed me back i can't wait to tell emily i am glad i broke my phone....? i can't belive i just said that anyway i wonder whats going to happen tomorrow 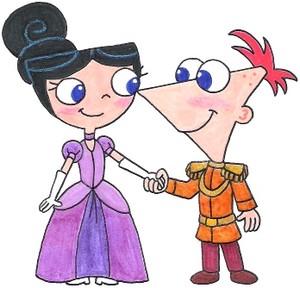 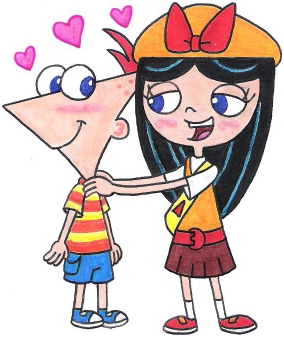 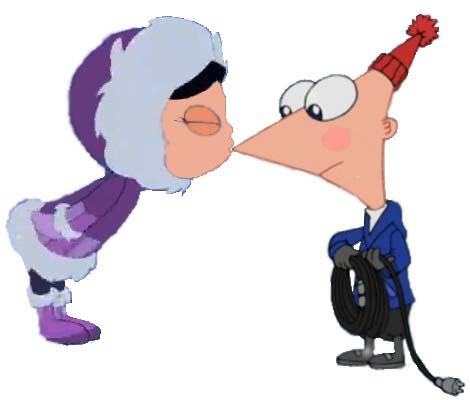 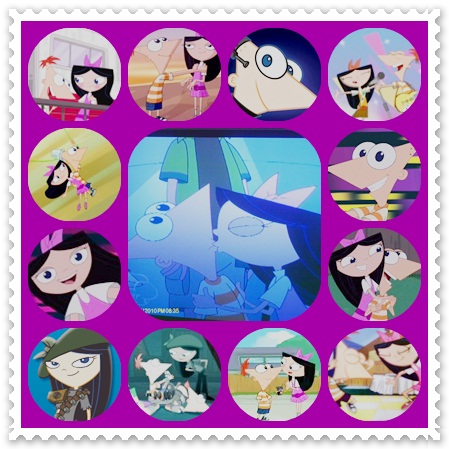 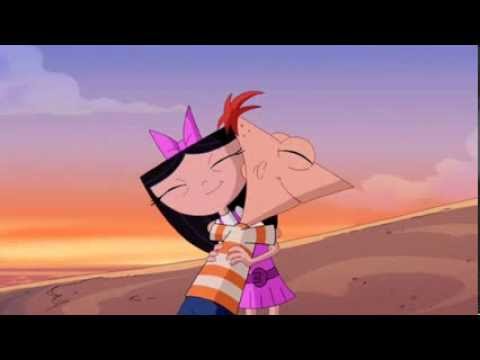 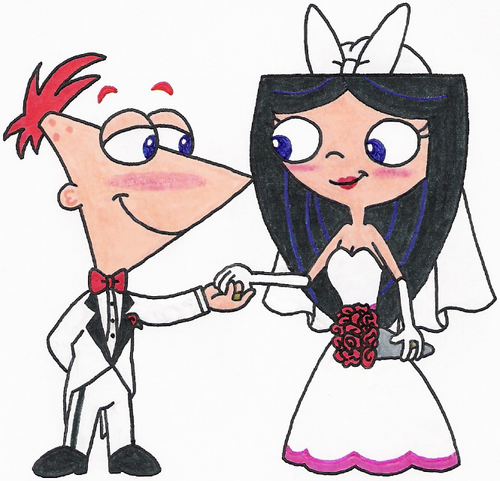 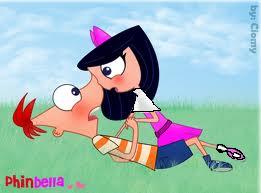 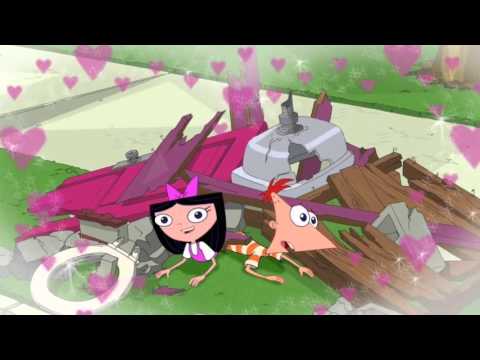 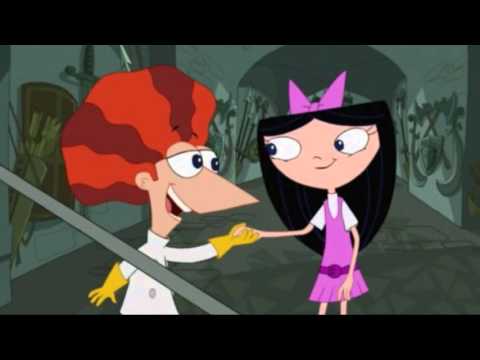 2
Phinbella- The Music of the Night
added by bigpurplemuppet
Do you love this classic song from the Phantom of the Opera? Well enjoy.
video
phinbella
phineas
isabella
andrew lloyd webber
the music of the night 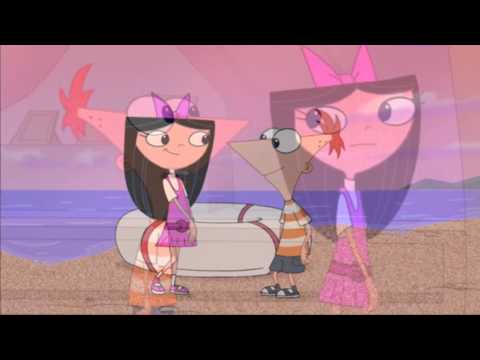 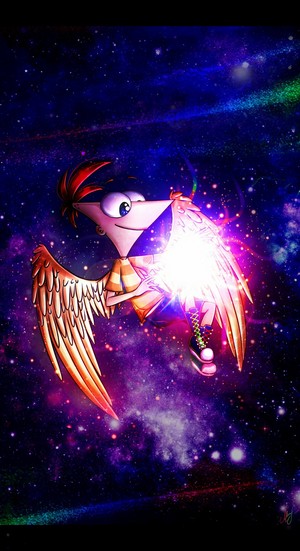 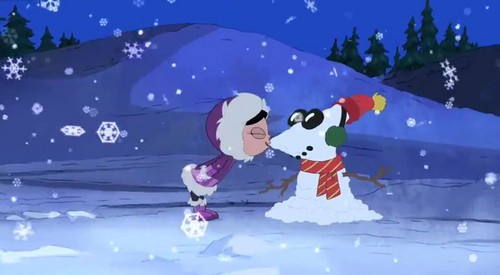 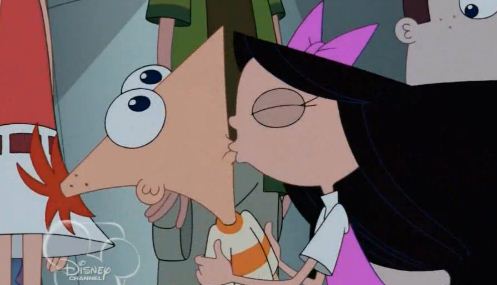 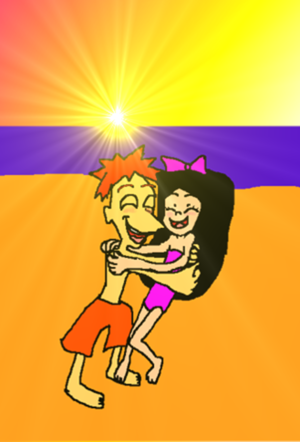 2
Notice the Blushing!
added by amberkinzee

1
phinbella
added by Bubgum
8
True, Outward Feelings
posted by PhineasFangirl
(before you read this, you should know that Tyson is MY fan character who is pretty open towards his feelings to Isabella. If you wish to use him, PLEASE. ASK.)

Once again, this is Isabella's ~POV~

As I sat there in the musky classroom, the only thing that gradually got my attention was the sighing of my peers. Glancing around the room, the bored-looking red-head was sitting at his desk, his head resting on his right hand. His elbow kept on the school desk, his gaze was set sternly on the piece of paper that was spread across in front of him. I could see pencil marks, probably a sketch for a...
continue reading...