6
Disfunction For My Heart
posted by PhineasFangirl
AUTHOR'S NOTE: Don't hate me for this story. Just don't. Ever heard of the free will to write? Yeah. 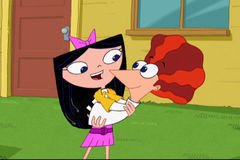 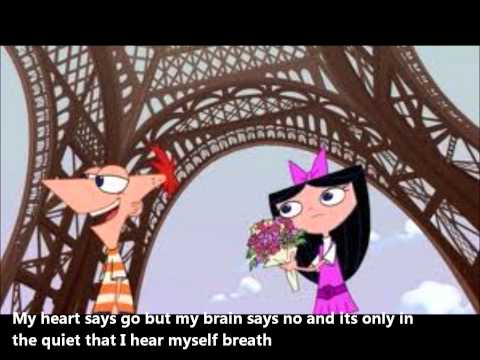 3
Phinbella Heart skips a beat , Lenka
added by PnFfans98
this is a fanfiction video about Phinbella enjoy all fans of Lenka and Phinbella
video
phinbella
phineas
isabella
heart
skips
A
beat
lenka

5
Phineas and Isabella My Immortal
added by PftFan99
This.. this video.. I almost cried.. I am about to cry right now.. Zomg my eyes are watering up.. Its just so sad...
video
phineas
isabella
and 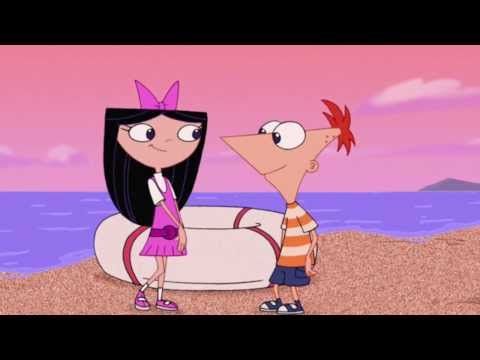 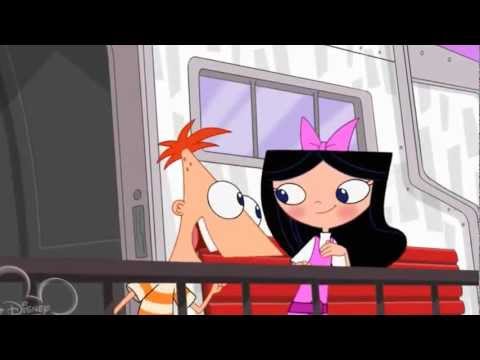 2
Phinbella- Let Me Be Your Wings
added by bigpurplemuppet
Don Bluth's Thumbelina Crossovered with Disney's Phineas and Ferb and what doyou get?
video
phinbella
phineas
isabella
don bluth
thumbelina
3
Dixie part4
posted by DixieFlynn
"Why aren't they coming?" Dixie asked, eyes wide with alarm. Phineas replied with a smile on his face"Candace is pregnant!" As the door rang Dixie bolted out the door knocking down Buford and running in circles yelling "YES IM GOING TO HAVE COUSINS!" and running back in the house running up and down the stairs in super speed up and down the halls until smacking her head into the wall and passing out but, in 5 minutes she is still up and running again."Why is she so happy?!" Buford asked "come"Phineas said leading Buford and Baljeet in to the living room. Soon Linda and Lawrence come down stirs...
continue reading...
3
Dixie part3
posted by DixieFlynn
At the day of the party they had several things planned like pillow fights ,scary movies( Dixie thought Justin biever was scary so her idea of scary movie was "Justin Biever Never Say Never" but they picked "Scream" instead) scrabble, jenga, pictionary ,karaoke,and stuff like that. They invited Isabella, Buford ,Baljeet and of course Candace and her husband to be Jeremy. The first to come was Izzie so meanwhile the boys came Izzie and Dixie chatted in the living room "No matter how many hints I give Phineas can't seem to notice me!"said Isabella. "Dont worry tonight I will do everything I can...
continue reading...

4
Phinbella My would without you
added by phinbella123
video
phineas + isabella =
phinbella
7
If Only (Phinbella)
posted by Silvershine
I wrote this on my deviantART and decided to post it here too ^-^ my DA: link

~Phineas' POV~
I wish I could tell her... I thought, feeling my palm sweat as I stared into her midnight blue eyes. She looked beautiful under the moonlight, her hair glowing under the dim light of the stars. She had no idea what i was thinking, and I didn't either. Part of me wanted to take her hand and pour out my feelings for her, and the other wanted to curl up in bed and go to sleep. It had been a long day, 40 hours in fact. Heaving a heavy sigh and smiling, I managed to utter out a few words: "Well, this has been...fun."...
continue reading...

4
Phineas and Isabella Keep Holding On
added by PftFan99
This video is my fav video of phinabella.
video
phineas
and
isabella

7
Phineas and Isabella Jump The Fall
added by PftFan99
Another Phinabella Video. Ends pretty early though. I still did not make this. From YouTube. I did not steal.
video
phineas
and
isabella
3
Dixie part5
posted by DixieFlynn
" Good night kids have fun." Lawrence said as he and Linda walked up the stairs " But not too much fun." Linda called back. They (or at least Dixie hitting Phineas in the back so that he would bump in to Isabella. His entire face turning red but,Izzie just smiled.) began the pillow fight. "Start your stations!" Dixie yelled "the fight will start in 3,2,1,0 THIS IS SPARTA!!!" she said hitting Baljeet in the face then Buford leveing them with only 4 lives left. Ferb hit everyone except Dixie because she was too fast. At one point Dixie hit Phineas in the back again makeing sure that he would...
continue reading...
3
Dixie part2
posted by DixieFlynn
The tiny pup (now named Dixie by Isabella) didn't know about her powers but eventually found out and kept them a secret until she was practiceing how to use them when Phineas walked in on her so she spoke (B.T.W her first words that Phineas herd was "HOLY BONES")witch when he herd them he passed out cold for a couple of minutes until Dixie slapped him awake.And to her surprise found out that she had more powers which were super bark ,ground pound ,hipnotizeing howl ,and for some reason she could tackle any one in a miles distance, and hard.Phineas told everyone but they still kept thir pet...
continue reading...
3
Dixie (a,k,a Cupid)
posted by DixieFlynn
Please don't be rude but this is my first article and I am pretty young so hope u enjoy! "Where could I leave her?" thought a young German Shepard as she was carrying her week-old female puppy across Danville. "Who would want a half dog half wolf pup with a crocked tail with a wird star on her right front paw?! Why did I a champion pet agree dog have to get involved with a wolf?" As she was thinking she saw a nice home with 4 children (Candace ,Phineas ,Ferb ,and Isabella.) with a platypus and two loving parents though a window decorateing a Christmas tree. "They are the ones." she thought....
continue reading...