Exciting, highly emotional and very much alive, Piper Halliwell (Holly Marie Combs), the middle sister, is truly a creative chameleon. She can be dedicated, driven, spontaneous, or cautious -- whatever the situation calls and allows for. She is terribly big hearted and capable of great fellowship and devotion. Even though she can be shy and unassuming, she has many friends -- both male and female -- and truly is the life of the party, if not the planner. She is loyal and can keep a secret. In fact, she prefers to keep secrets, because Piper truly abhors conflicts on any level. The worst thing in the world to Piper Halliwell is the sound of two people engaged in an argument. She will throw up her hands in defeat -- even when she's right -- to avoid conflicts. She is great at mediating and arbitrating, and if her love of food hadn't steered her to a career in the culinary arts, she more than likely would have been a union negotiator or a goodwill ambassador. Piper would have made a huge dent in the divorce rate, if she had only become a marriage and family counselor.

Piper's good nature and big heart won't allow for competition with her siblings. Piper just wants everyone to get along and be happy, preferably in her presence. In the beauty pageant of life, Piper is "Miss Congeniality." She's a modern-day Sally Field, grateful to be liked. She never takes anyone or anything for granted.

Piper is so honest and trustworthy that she often finds herself in the awkward position of knowing everything about everyone. For some reason, people instantly trust her with their deepest, darkest, and most painful secrets. Poor Piper can't ride a cable car without knowing everything about her seatmate's medical history. The postman can't even deliver the mail without sharing his recent gambling addiction lapse, and Piper knows more about the customers in the restaurants she's worked in than even the most trusted of bartenders. Piper is not only a great listener, she's great at giving out solid advice -- when asked, of course. She's a younger, hipper Ann Landers, and if she were on the radio, she would most definitely give Dr. Frasier Crane a run for his money.

People-pleasing Piper's biggest problem, frankly, is saying "no" to anyone or any cause that needs her. It's not that Piper is spineless. Oh no, on the contrary, but Piper simply likes to help others. In fact, she takes their need for her as a sign of flattery. This is usually when the problems begin. Piper is so busy helping and doing for others that she often finds herself running late, being behind, and staying up all hours. Piper is always in some kind of jam. She constantly over commits herself and finds that she has planned far more than she is capable of doing. That's when she becomes nervous and anxious and begins doubting herself. It doesn't help that Piper isn't organized by nature. It's not her fault. Really, she simply doesn't have the time to "get it all together." She tries her best, making lists, buying organizers, etc., but it never really seems to work. She often finds herself making a list for the groceries only to wind up at the store without the list. Thankfully, Piper has the energy to sustain her many projects and demands

Which is why Piper is the perfect chef. Endless creativity, long hours, and working in a hectic, fast-paced environment are perfect for the energetic Piper. She learned early on that food is a great healer and the silent but successful nurturer. Food comforted Piper a lot during her childhood. It was a way for Piper to get close to Grandmother Powell without intruding. It was also a way for Piper to avoid getting in the middle of Prue and Phoebe's endless fights. She could hide in the kitchen, baking away while they fought, then interrupt -- and often end -- their warring with some freshly baked cookies.

Unlike her sisters -- Prue, who is obsessed with making money, and Phoebe, who could care less about money -- Piper is content to make due with what she has. While she has never spent more than she makes, she never saves what she's earned. Happiness to Piper is paramount --happiness and keeping the peace. These two qualities make Piper the perfect girlfriend.

As we all know by now, Piper's boyfriend Jeremy seemed to adore just these qualities in Piper. And, as we also know, things with Jeremy didn't work out. It didn't help that he was a warlock from hell. Piper's relationship with Jeremy definitely affected her relationship with men. She was understandably nervous to get involved again, and went out of her way to make sure any subsequent dates were normal. Forget if they're single, employed, and don't live at home with mom, Piper's first concern is going to be: "are they human?" Until she met Leo.

Leo met Piper when he was assigned to be the whitelighter for the Halliwell sisters. And, although it is forbidden for a whitelighter and a witch to have a relationship, Piper and Leo fell in love. Their courtship was a rocky one and during one of their off-again periods, Piper began dating her next-door neighbor Dan. But, it wasn't long until Leo was back in Piper's life and the two are exploring their relationship to see where it will take them.

Which brings us to Piper's power -- her ability to freeze time -- a power that is a direct result of her inability to be on time -- ever. Unlike Prue, who is cautious, yielding, and respectful of her power, and younger sister Phoebe, who stays up late, waiting for "premonitions," Piper is downright terrified of her powers. She doesn't want to freeze time, and she certainly doesn't want to "freeze" objects, people, or anything else. Unfortunately for Piper, she's able to do all of the above... and more!
LilyPad2404, queenjeenny53 and 4 others like this
heatherw92 Holly Marie Combs I just want to say I think you are BEAUTIFUL! :) Your one of the best actresses I've ever seen. Please keep acting! And make more Charmed episodes :) I know everyone would love to see more of you girls!!!!! <3 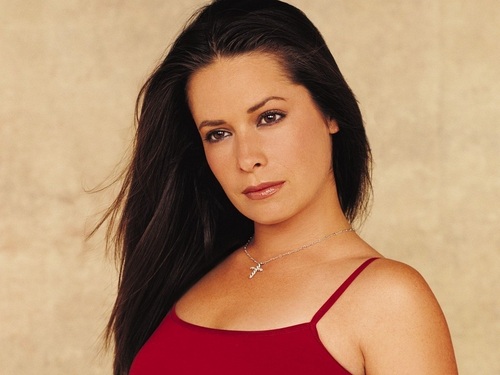 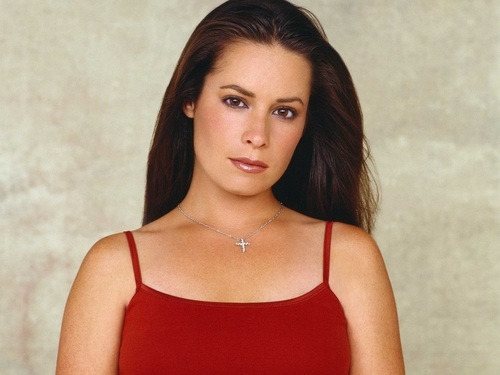 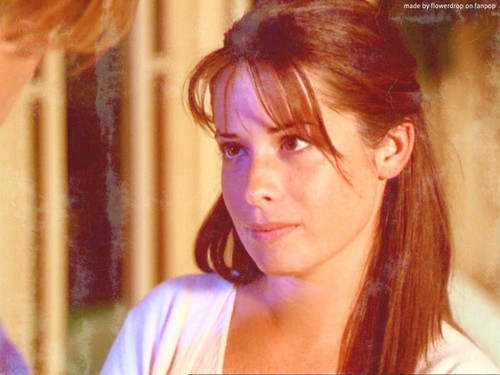 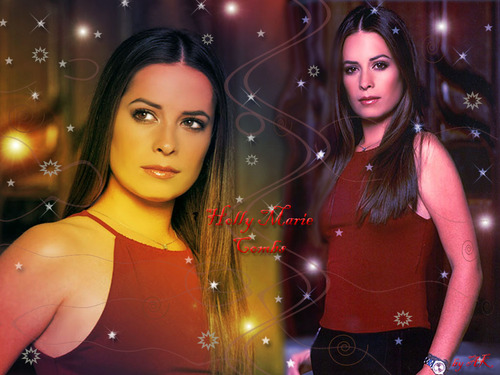 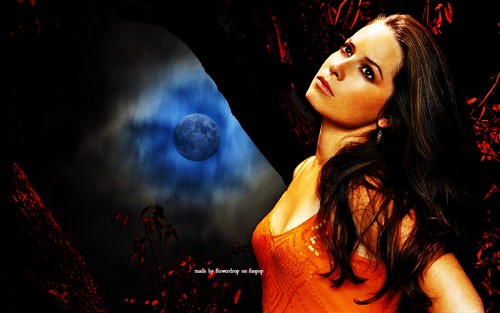 1
Piper Wallpaper - Halloween Special
added by flowerdrop
Source: Made by me - flowerdrop 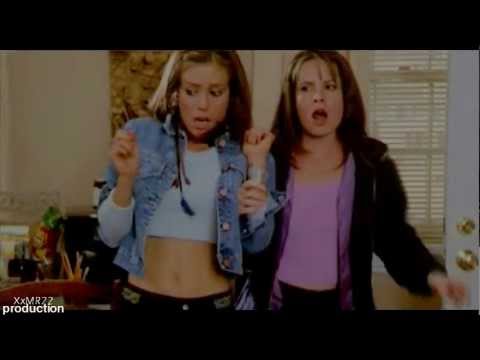 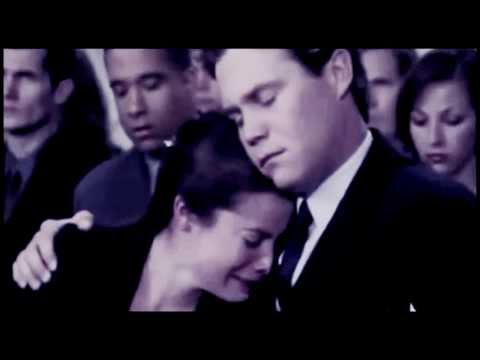 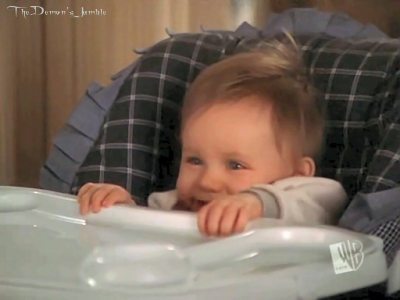 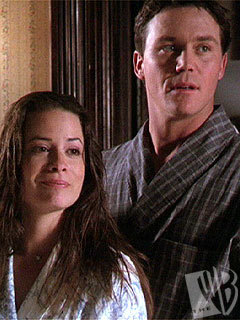 2
Piper and Leo
added by ambra 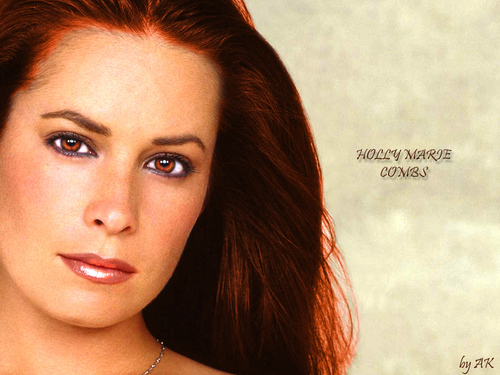 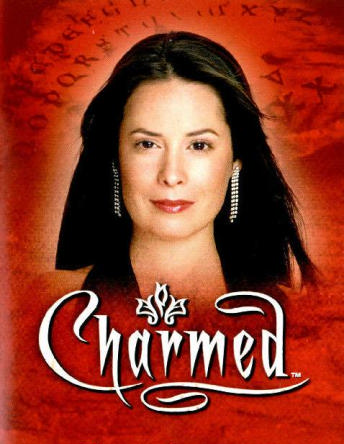 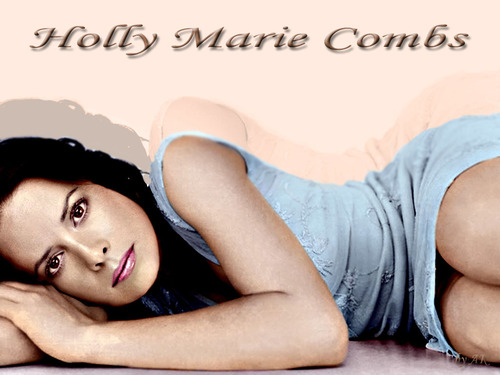 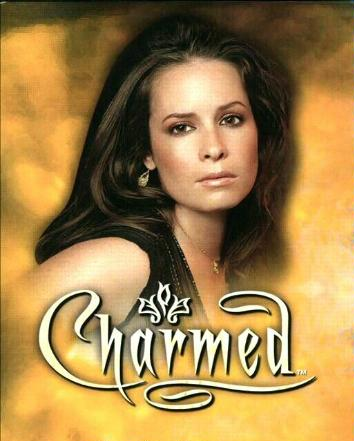 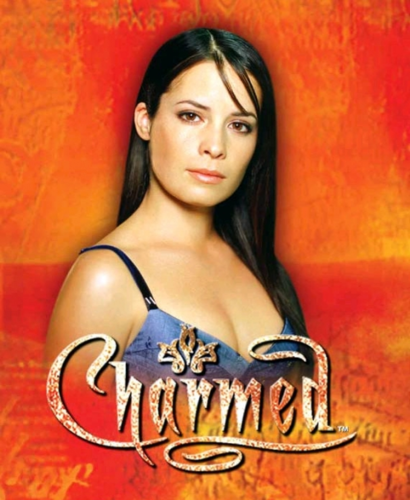 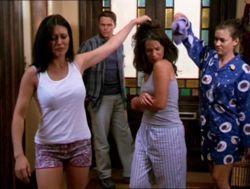 3
power of three!!!:)
added by KaterinoulaLove 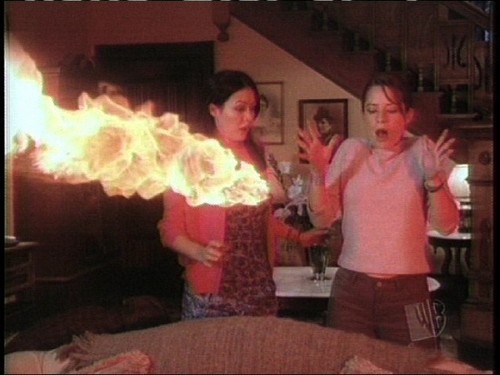 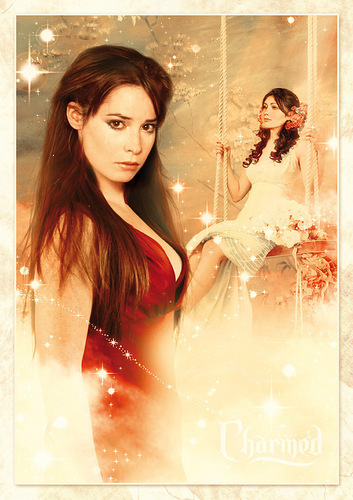 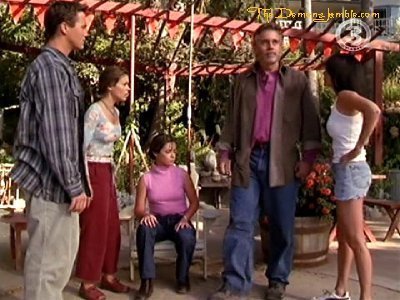