8
My Impression of Merida from Brave
posted by Jessikaroo
I'm going to come and say straight up I love Merida. She's earned a spot in my top three heroine's of all time, and her movie is one of my favourite Pixar films to date. So, moving on..

Appearance -
A lot of people think Merida is ugly, but I disagree. Sure, she's different from what we're used to seeing, but different doesn't mean ugly. Her hair is beautiful, it's a true red-head's red. It's a gorgeous copper hue that is full of life and volume. It really represents her character well. Her eyes are beautiful, such a lovely colour and shape in my opinion. I love her smile, it's full of passion and joy to me. Her body is realistic, thin but not to the point where she looks like she'll snap in half. She looks like a girl who does a lot of physical activity, which she does (archery, horse back riding, and climbing mountains to name a few).
One thing I want to address before moving on is that Merida is a clone of Ariel. No, she isn't. The only thing they have in common is their red heads. Well, like I said Merida's hair is copper and curly. Ariel's is fire engine red, something impossible in real life without dying your hair. It works because she's a mermaid though. But other than their hair coming from the same hair colour family, what do they have in common, appearance wise? Nothing.

2 - Personality
Merida is a passionate, strong young woman who doesn't want to settle down. I don't blame her, her suitors are the most charming. My first impression of her was, "Wow, she's so full of life!" And she is. She's adventurous and daring, bold and courageous, unless faced with marriage. But even then she thinks up a way to get out of it. In contrast with this is her typical teenagerness. She's lazy and easily bored with her duties. She's not a dutiful and soft spoken young lady, she's out there and in your face, even when she's attempting to be a good princess. She does have a certain amount of rebelliousness, but that mostly comes from being caged in a life she isn't suited for. She makes mistakes, and learns. She is also clearly a loving and loyal sister and daughter, only bumping heads with her mother when Elinor is dead set on tradition.

3 - Relationships
Merida is very close with her family, obviously. She knows how to handle her brothers, the wee devils they are, and obviously loves them both. She is very close to her dad, having gotten many of her traits from him,. Because of this they have the same sense of humour and adventure, and Fergus obviously know his daughter well and is proud of her, at one point claiming that none of the lords sons are worthy of his daughter. The most important relationship is with her mother. It starts out as a loving bond when she's a child, but becomes a normal mother-daughter relationship typical of teenage girls. But the bond is mended as they learn to see the other's side of the battle. In the end they have returned to a close, loving bond. As for Merida's interactions with others, she seems capable of making people like her, and her horse likes her. That's all there is too say.

Lesson -
The whole point of her movie is Merida learns what she did was wrong. She suffers guilt over it, and the fear that she wont be able to right this wrong. She accepts all of the consequences, fully admitting that it was her fault. Throughout the movie she fights to undo her mistake, and at the end when she thinks she's failed suffers from her own mental turmoil.

All in all, I think Merida is a fabulous heroine that deserved her own movie. The movie itself has memorable characters, stunning animation and that emotion you'd expect from a Pixar film. The story is great too, a refreshing break from the typical princess tale. Many may dismiss this film due to it's lack of musical numbers and a dashing prince. But I think it's worth the watch, a worthy of the Pixar AND Disney name, and a spot in your movie collection.

A heroine worthy of the Pixar and Disney name.
anukriti2409, kall_pal17 and 6 others like this
Luckyfan2011 That's really good!
Jessikaroo Thank you :)
Bluestar2000 THANK YOU SO MUCH! Brave is my all-time favorite movie, and I have ALWAYS thought that Merida is pretty! Just becuase she isn't stick-thin with big goo-goo eyes and massive curves dosent mean that she's ugly, she is a lot more realistic looking then most of the Disney princess, (although I love all the Disney princess's!) and while most people say Merida is a bratty child, she ISN'T! How would most 16-year old girls act if they were told they have to marry complete strangers?! And I think that you told Meirda personality so well too, becuase some say that Merida was stupid to ask help from a witch to change her mum, she was desperate at that stage (we all would be, to be honest) I want to thank you so much, Brave is defiantly one of the top 3 best movies I've watched :D, since it isn't just a normal fairy-tale story, it is a realistic and well-told movie that we can all relate to. You must be NUTS to hate Brave! Merida is someone I can ALWAYS relate too! Becuase she isn't just some well-mannered perfect princess, she actually has a temper and characteristics that we all have one time or another! Thank you so much for this well-written story
THEDisneyFreak I totally agree with you! Merida is definitely not a brat! Let's put the average sixteen year old in her place. If YOU were forced into marriage acting as a prize to three strangers you would whine and complain. Merida isn't ugly at all. She's a beautiful character with beautiful talents. People just can't appreciate her the same way as we do.
Uma1244546 I like her behavior. Intelligent and pretty. She definitely look favorably at this photo on the bottom. 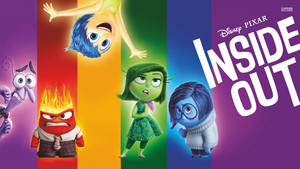 Inside Out
added by glelsey
Source: Superb Wallpapers 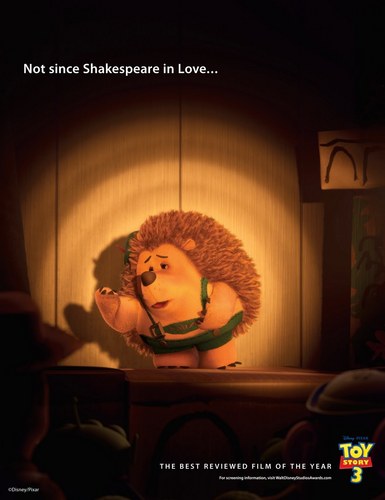 1
Pixar's "Not Since..." Campagin for the 83rd Academy Awards
added by Duncan_Courtney
Source: The Pixar Blog 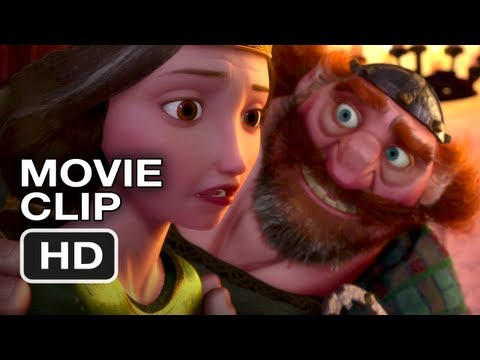 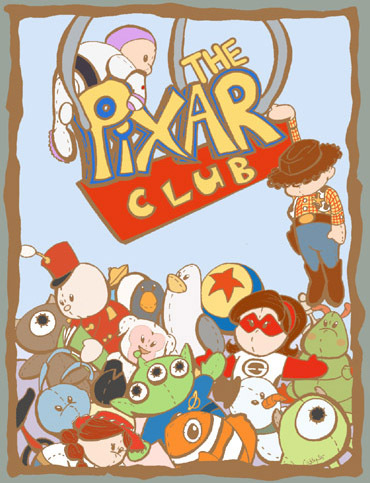 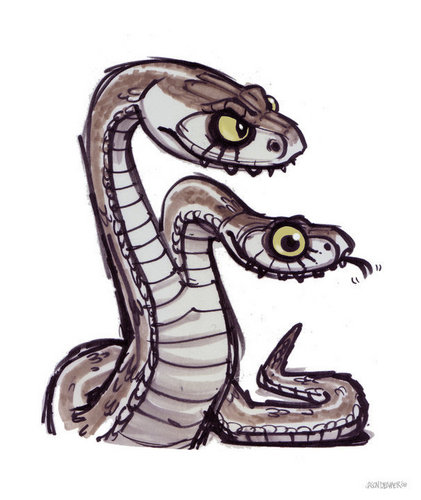 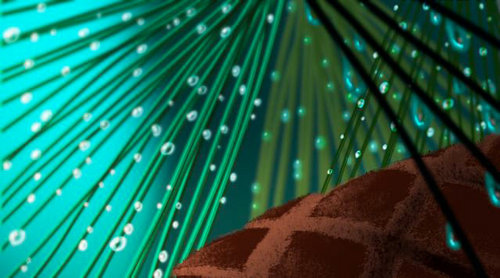 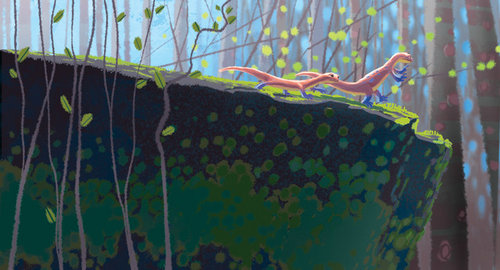 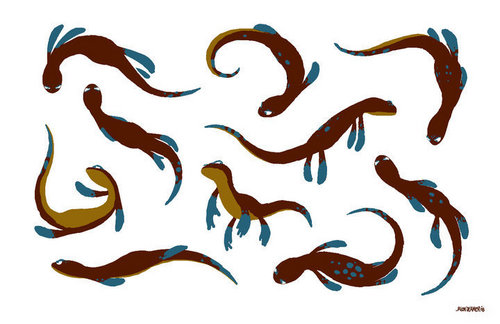 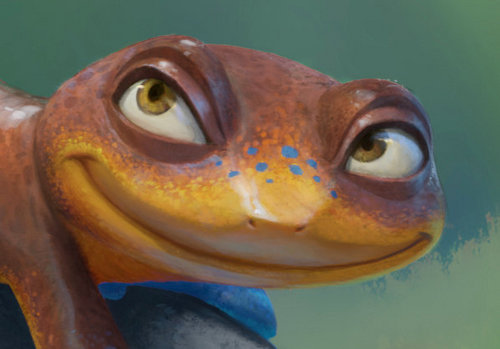 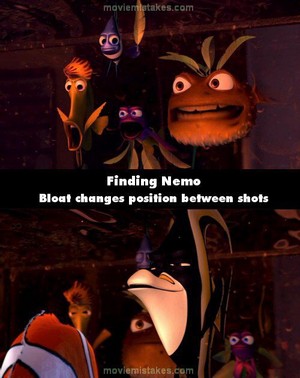 A mistake in finding nemo
added by 1012jackson 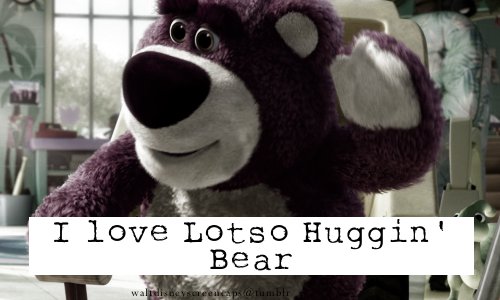 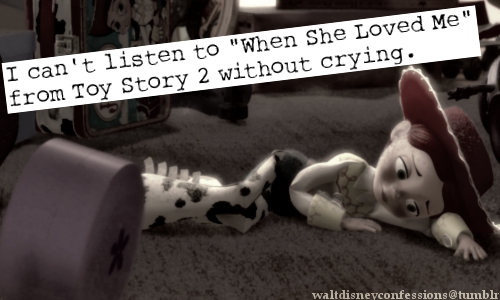 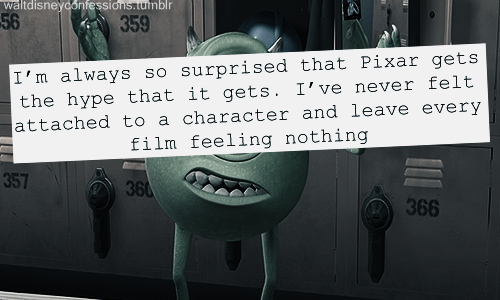