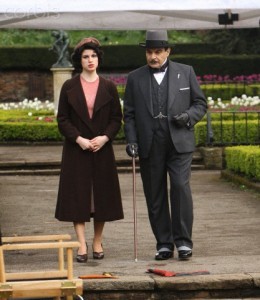 Looking back on her career, I suspect that Agatha Christie was not at the top of her game as a novelist during the last decade-and-a-half of her life. There were a handful of novels during the period of 1960-1976 that I found unique. However, her 1966 novel, "Third Girl" was not one of them.

I take that back. I did find "Third Girl" rather unique . . . to a certain extent. I thought Christie did a pretty good job in re-capturing the Swinging Sixties atmosphere in her novel. Unfortunately, her streak of conservatism and a too complex plot made it difficult for me to truly savor this story. Forty-two years after the novel's initial release, ITV network adapted the novel as a television movie for "AGATHA CHRISTIE'S POIROT". Since the series is usually set in 1930s, screenwriter Peter Flannery changed the novel's mid-1960s setting in accordance with the rest of the series. I was slightly disappointed by this change in setting, because I was slightly impressed by Christie's portrayal of mid-Sixties London. But . . . I pushed my aside my disappointment and decided to see how Flannery and director Dan Reed adapted Christie's story.

"THIRD GIRL" begins with a slightly high-strung heiress seeking Belgian-born detective Hercule Poirot's help in regard to a murder she believes she may have committed. However, she takes one look at Poirot and decides he may be too old to help her before leaving. Since his friend, novelist Ariadne Oliver, had been the one to recommend him to the girl, Poirot seeks information on the latter's identity from the novelist. According to Mrs. Oliver, the name of Poirot's visitor is Norma Restarick, who happens to be the "third girl" in a trio of young women sharing an apartment (flat). Mrs. Oliver happens to be a neighbor and met all three roommates at a party in the building. Norma's other two roommates are Claudia Reece-Holland, who is the secretary to Norma's father, Andrew Restarick; and Frances Cary, an actress and acquaintance of Norma's love interest, artist David Baker. Both Poirot and Mrs. Oliver discover that Norma believes she had murdered her former nanny, Lavinia Seagram, who had also lived in the building. Poirot also discovers a good deal about Norma's family background. Her estranged father, Andrew, had abandoned his family for South Africa, twenty years ago; and his now estranged with his daughter. Norma also has an elderly great-uncle, Sir Roderick Horsfield, who is romancing his secretary and is near blind. Sir Roderick is also staying at the family estate on Norma's largess. Poirot begins to suspect that Norma might be innocent of Lavinia Seagram's murder. More importantly, she might be the target of the real murderer's machinations.

With the change in the story's setting and the various changes made to Christie's story, I was prepared to dislike "THIRD GIRL". In fact, I had failed to warm up to the movie when I first saw it. One, I did not care for the change in the story's setting from the mid-1960s to the late 1930s. Two, Flannery and director Dan Reed changed the number of murderers in the story. And I did not care for that. I thought this latest change unnecessarily complicated the story. Three, Reed and Flannery decreased the number of murder victims and gave the Norma Restarick character a new love interest. I did not like that. Four, I noticed that drugs DID NOT play a role in Norma's victimization. And five, I also noticed that Flannery had changed the name of the murder victim. Then I re-read Christie's novel . . . and realized that Reed and Flannery had actually improved the story. My latest reading of the novel made me realize that Christie's plot was even more unnecessarily complicated that Flannery's screenplay. I also realized that once again, Christie had fallen back on her conservative outlook by giving Norma a very safe and conformist love interest . . . one who did not really pay a major role in the story. I realized that I did not mind the changes regarding the victim(s), the lack of drugs and Norma's love interest. However, I still wish that "THIRD GIRL" had been set in the 1960s.

Despite my disappointment in the movie's setting, I actually managed to enjoy "THIRD GIRL" during my latest viewing. I do not consider it to be one of the best movie adaptations from the series. But it struck me as a hell of a lot better than the novel. And despite the movie being set in the 1930s, I must admit to being impressed by Jeff Tessler's production designs, which did a pretty good job in re-creating the late 1930s. I also have to say the same about Andrea Galer's tasteful costume designs, along with Miranda Cull and Nic Pallace's art designs. And cinematographer Paul Bond beautifully captured their work in glorious color photography. I have only two quibbles . . . namely the makeup created by Alison Elliott and her team, and the hairstyles designed for cast members Clemency Burton-Hill, Matilda Sturridge and Tom Mison. I have only word to describe them . . . UGH!

I will give credit to Reed's direction for the excellent performances featured in "THIRD GIRL". David Suchet as Hercule Poirot was excellent, as usual. I can also say the same for Zoë Wanamaker's entertaining portrayal of the colorful novelist Ariadne Oliver. More importantly, both Suchet and Wanamaker created the same electrifying screen chemistry that was obvious in their previous work together. Jemima Rooper gave an emotional and satifying performance as the seemingly neurotic Norma Restarick, without resorting to histronics worthy of an amateur. I was also impressed by James Wilby's cool and subtle portrayal of Norma's estranged father, Andrew Restarick. And Peter Bowles, whom I first remembered from the television series "TO THE MANOR BORN", gave the most entertaining performance as Norma's blunt and outgoing great-uncle, Sir Roderick Horsfield. The movie also featured fine performances from the likes Clemency Burton-Hill, Matilda Sturridge, Tom Mison, Lucy Liemann and John Warnaby.

"THIRD GIRL" is not perfect. Nor do I consider it to be one of the better Poirot adaptations I have seen. However, my initial impression of the movie has changed following two more viewings. One, it is a handsome-looking production. It also featured excellent performances from a cast led by David Suchet as Hercule Poirot. More importantly, after a recent reading of Christie's 1966 novel, I now realize that the changes featured in director Dan Reed and Peter Flannery's adaptation, actually improved Christie's story. 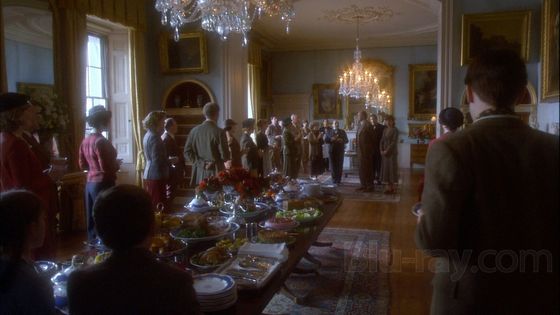 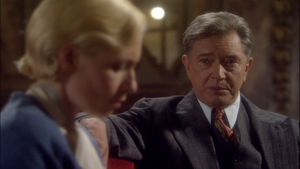 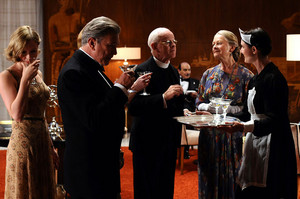 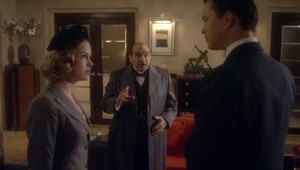 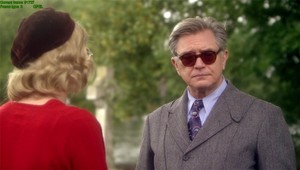 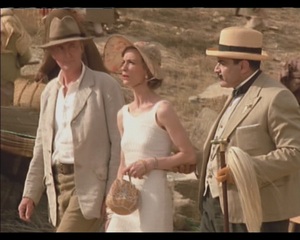 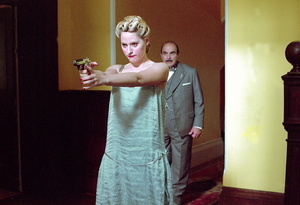 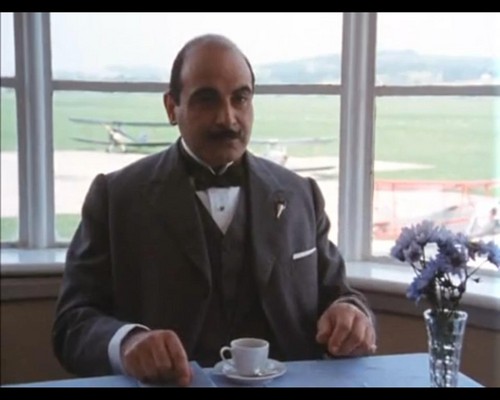 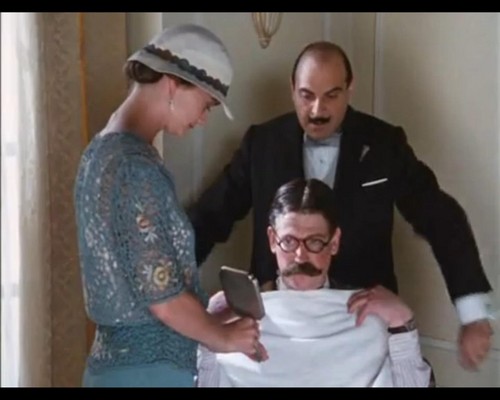 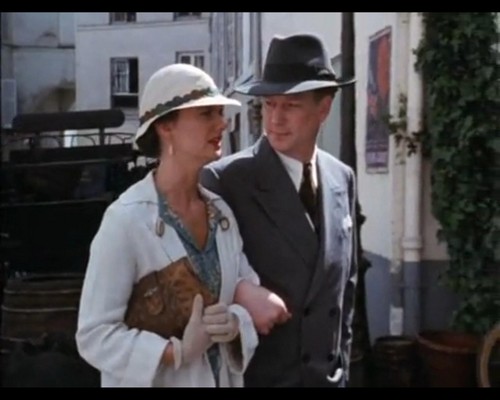 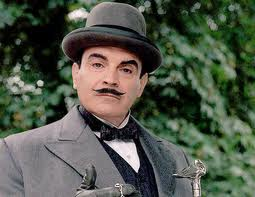 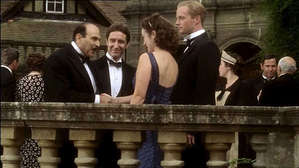 Adapted from Agatha Christie’s 1940 novel, ”SAD CYPRESS” is a story about Hercule Poirot’s efforts to discover the truth behind the case of a young woman facing conviction for the murder of her ailing wealthy aunt and a lodge keeper’s daughter who has become her aunt’s companion. Directed by David Moore, this 90-minute movie starred David Suchet as the Belgian detective.

The story began with a doctor from a small town named Peter Lord who hires Hercule Poirot to clear the name of a young woman Elinor Carlisle. Elinor is facing trial for the murder of...
continue reading... 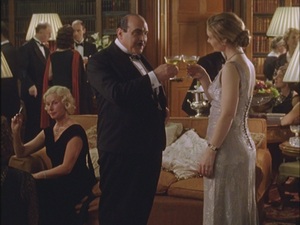 NOTE: If you have never read Agatha Christie's novel, "Taken at the Flood" or seen the 2006 television adaptation, I suggest that you read no further. This review contains major spoilers.

Written in 1948, Agatha Christie's novel called "Taken at the Flood" told the story of the Cloade family in post-war Britian, who depends upon the good will of their cousin-in-law, Rosaleen Hunter Cloade; after her husband and their cousin is killed in an air raid during World War II. When her controlling brother, David,...
continue reading...
"TAKEN AT THE FLOOD" (2006) Review
posted by DR76 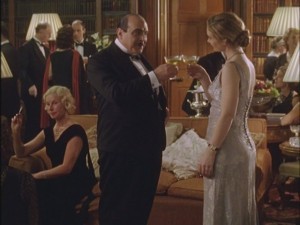 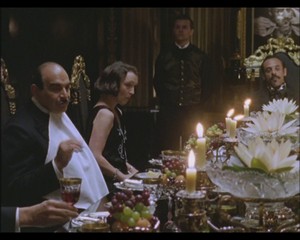 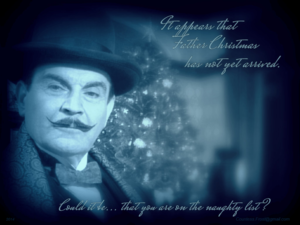 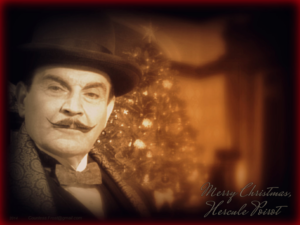 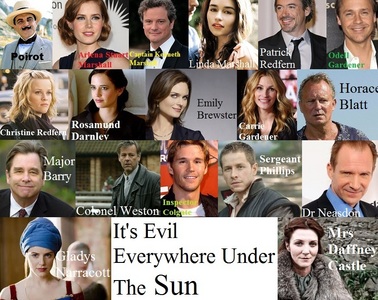