EG360 here! Sorry for the wait on this article, but I have been busy out of my mind >_< And wooh hoo! I have been waiting for a chance to write about Kris! Hope you enjoy! 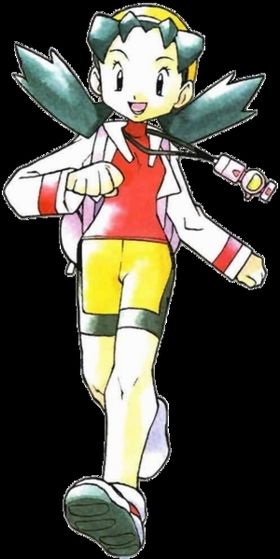 About Kris: There is absolutely no doubt that Kris is probably the most underrated female character in the main Pokemon games. This is mainly because Pokemon Crystal version was released in 2000 on GameBoy Color. You know, that time where not all kids owned a portible gaming system (my first hand held gaming console was a Gamboy Advance SP, hense I haven't played Crystal either). And since much of Pokemon fans are still younger than 20, many do not care about the updated version of Pokemon Gold and Silver. Now, I must warn you that the next paragraphs will be copy and pasted from my article about Lyra with a few changes because they have pretty much the same story.

Kris' journey begins when Professor Elm asks her to run an errend for Mr. Pokemon and Elm gives her the choice of a Johto starter. After this, Kris finds a strange boy outside of the lab, and when she attempts to speak to him, he shoves her away. He eventually becomes her rival. After the beginning errand, Professor Oak arrives and sees a strong bond between Kris and her pokemon. He gives her a pokedex and later, Elm sends her to compete in the Johto league.

Her story continues as she defeats her rival, Silver, in battles, disbands the revived Team Rocket, and becomes Pokemon League Champion. Not to mention that Kris teached Silver to respect pokemon and see them as living creatures and not tools. And, of course, she then moves on to Kanto, defeats the gymleaders there too, and win a battle against Red, who became Pokemon League Champion three years prior. 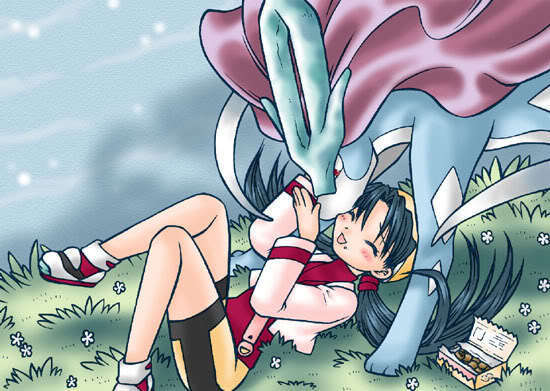 Facts About Kris:
-Pokemon Red and Blue Version was released in Japan on February 27, 1996 while Crystal was released on December 14, 2000. It took almost five years for the company to add a female character.
-Kris's alternate japanese names are shared with Leaf, Dawn, and Lyra's japanese names.
- Kris cannot join Pokathons like Lyra can. Pokathons weren't introduced until Heartgold and Soul Silver. 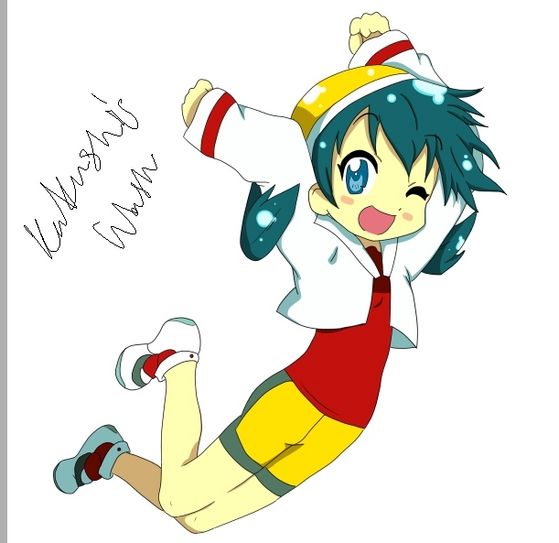 Espeongirl360's Personal Opinion:
I will be blunt, Kris deserves a much higher place. Despite this, I am surprised she even got this high of spot. Unfortunately, I feel as if Kris is stuck with 6th place because of the fans lack of knowledge.

But anyhoo, think about it! It was two months away from FIVE YEARS of only being able to play as a male. Kris was a big step for the Pokemon company for bringing in more girls into the fandom. I am frankly confused as to why this doesn't make Kris popular. Afterall, look at Misty. She was the first main girl of the anime and look how popular she is!

Aaaaand, as I said before, I personally have never played as Kris before. I was only four years old when the game came out in North America (I don't remember a time where I didn't watch the anime, but I never played the games until the Hoenn ones came out). I still think she is pretty cool in her journey and she took a big step in Pokemon history. Go girl power!

TrueKellyn237:Kris deserves more love If you ask me :P

Skittygirl:Sorry, the reason I don't like Kris is because I don't really know her.... -_- 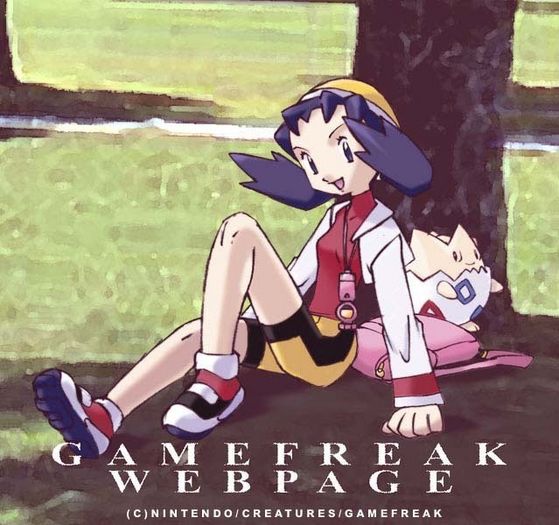 Giz_4ever, shubhamverma and 1 other like this
MiraniaTriforce Cool story, I actually own crystal.
pumpkinqueen Her story is pretty much the same as the others, no personality to go off of for her. So there is no big judge on her.
Espeongirl360 Same story? The only one who have similar stories to the begining of their journeys are Kris and Lyra and the two versions of May. And even then, they differ in small ways. And she should get some credit for being the first female to have a story because that way, her story couldn't be copied from another female character.
ghinwa Which region is the player in in Crystal Version?
Espeongirl360 ^Johto. It was just a special version of The Gold and Silver versions for Gameboy Color
HikariDawn I'm happy Kris~chan is in sixth!
pumpkinqueen I don't like to judge off of who was first or not.
Do you think May should have won the Wallace Cup instead of Dawn?
posted by Mrakmaldanish
Many May fans have complaint that, because of the time limit, Dawn won the contest (I think that's how she won) and due to that a lot of May fans felt angry. If you ask me, in my opinion, I actually wouldn't care any less who won If it wasn't for stupid filler episodes. If May had won instead of Dawn than Dawn would have needed to compete in another four or five more contest and we would have had to deal with more boring filler episodes. Although, I like the Sinnoh saga, many of the episodes were like boring. It was like watching the boring Johto-saga all over again and Johto was when I was even mature enough to be able to remember as many Pokemon episodes as possible. When Pokemon first came out, I was way too young to remember most of them. Considering how much I could remember all the boring episodes of Johto just bugs me. But either way I still decided to re-watch them online. Anyway, what's your opinion.
4
Some of my weird Pokemon moments.
posted by Espeongirl360
1.Last year:
Me: I like dusknoir
Jasmine: It's "Dusk-nor"
Me: Dude, its "new-war" 'Noir' is the french word for black. Its not pronounced 'Nor'
(well maybe that was just me, I was always bad at french)

2.Me: *clicks on pokeshipping youtube video*
Dad: What are you hiding from me? Why did you just change the page when i came
Me:Dad, the video i was watching was finished
Dad:Oh sure it was.
Me:IT"S POKEMON! It's a kids show, how could i possibly watch smething bad. *explict version of Girlfriend starts playing*

3. My two friends:Pikachu, pikachu, pikachu, pikachu.
Kendra:What are they doing?
Me:Hey, you...
continue reading...
1
Team Rocket Week: The Many Mottos Of Team Rocket
posted by AKetchum01
Few things are as predictable in Pokemon (excluding Brock chasing after girls) as the Team Rocket Motto. Our favorite villains will always appear at least once per episode and recite their infamous motto (usually before getting blasted away by Pikachu or another Pokemon). You know it's coming as soon as you hear that famous theme music signifying the "Prepare for trouble!" "And make it double!"

Team Rocket loves to pose and recite their bit of nonsense whenever possible, especially at inopportune times (like when they're attempting to sneak into a building). Meowth is skeptical of the motto's...
continue reading... 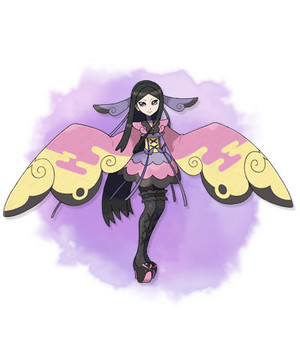 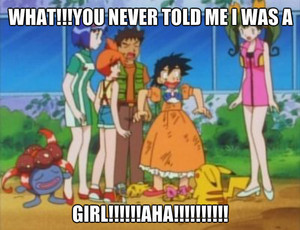 ASH WAS A GIRL!
added by elizabethand 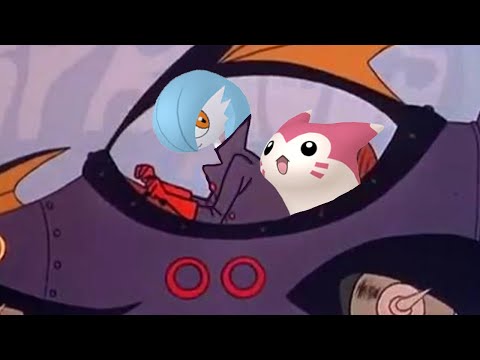 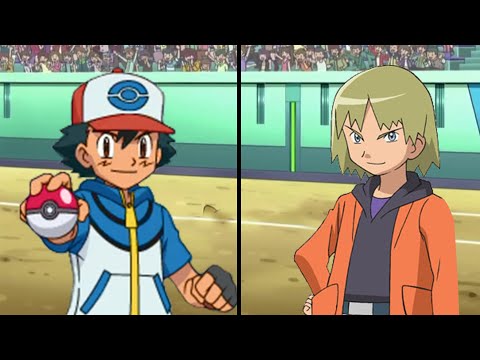 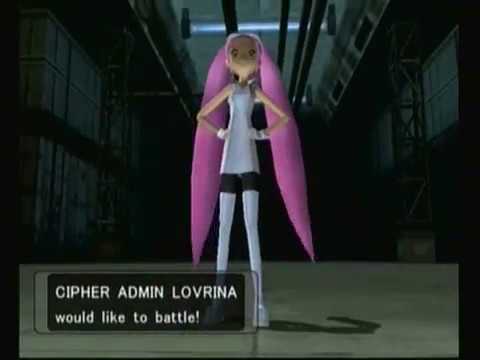 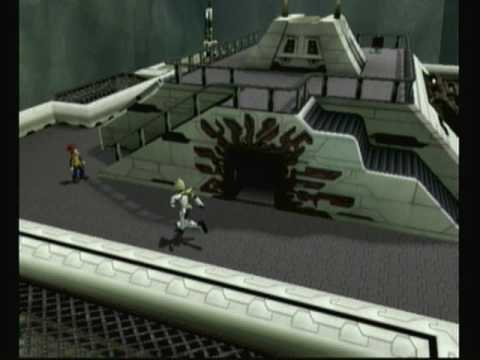 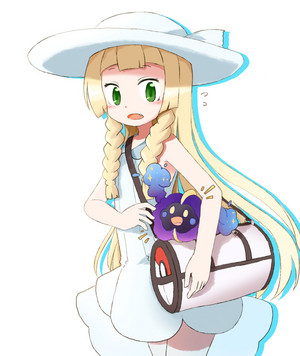 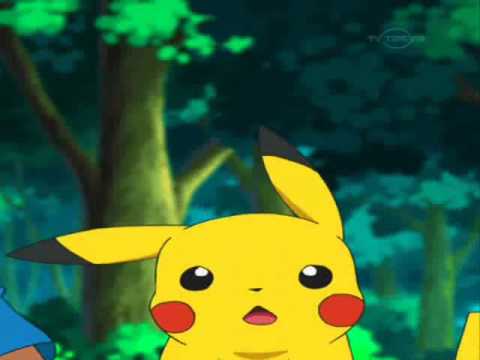 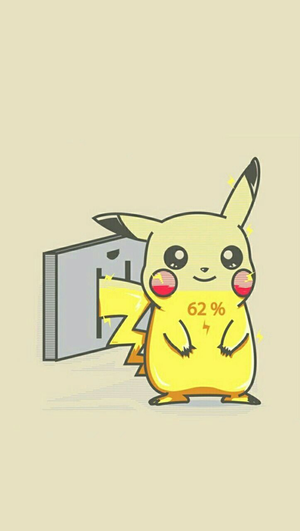 1
Pikachu charging himself up
added by big-fat-meanie 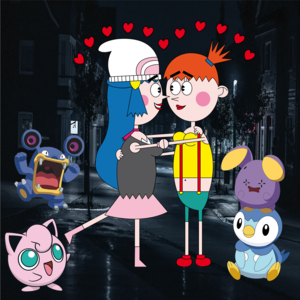 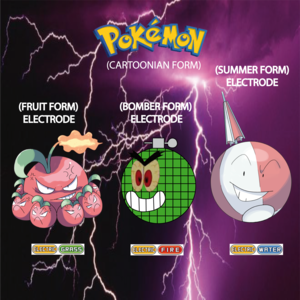 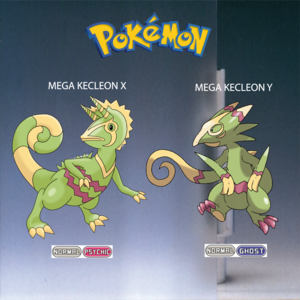 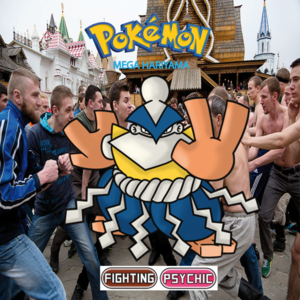 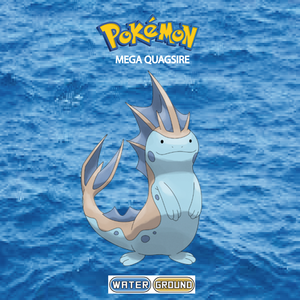