IkariShipping first started back in the DP era, when Dawn and Paul spent a little time together alone with each other at night before been seen by Ash. Since then, this pairing had reached a modest degree of popularity, a part due to the complete lack of quality of Dawn's non-Ash potential love interests (Kenny and Conway both sucks!). But due to the lack of interaction and hints between the two, this pairing stays at number 10 as for now. 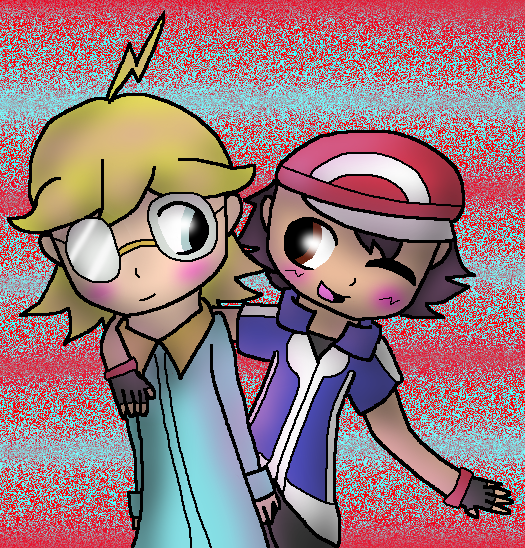 Honestly I don't know that much about this shipping. I just know that this is probably the most popular gay pairing as of now (Gary hasn't appeared in a blue moon, and so hasn't Paul). The main appeal for this pairing is that for once, Ash is actually the "dominant half". Gay parings in general are not as popular as straight parings, and have almost 0% chance of becoming canon, which is why DiodeShipping is only number 9 on the list. 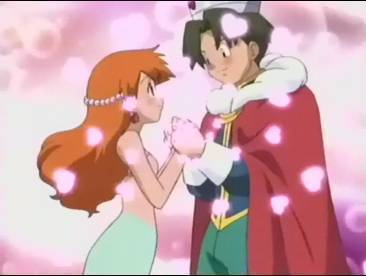 One of the most underrated shippings in Pokemon, OrangeShipping is often categorized as a "keep away" paring to keep Misty away from Ash. Nonetheless this paring had its fair share of highlights in the Chronicles, where Tracey and Misty worked closely and often cooperated and interacted with each other. In the last episode of BW, Tracey was not at Oak's Lab, because he was invited by Misty to the Cerulean Gym, leaving us endless room for imagination. 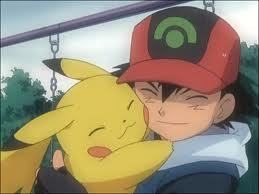 Doesn't matter what you think about Human x Pokemon paring, the fact is that Pikachu has the strongest bond and the closest relationship with Ash, out of all of his human friends and family and his Pokemon. Ash once said he love his Pikachu. Granted, it's a brotherly love rather than a romantic one, but still it's significant, because Ash never even told her mother that he loves her! However because this shipping doesn't really have a lot of serious supporters on the romantic side (c'mon, human x pokemon and gay at the same time?), it's stuck at 7th. If Pikachu is female and can somehow turn into a girl like Latias, this will rank much higher. 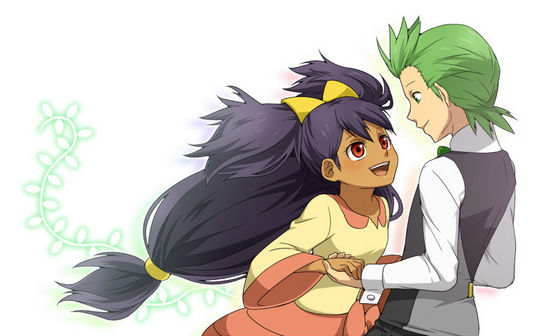 Remember what I said about OrangeShipping often being called a "keep away shipping"? Well, WishfulShipping is in a similar boat. Cilan and Iris are two of the most unpopular characters on the show, and nobody wants them to interfere with their precious ships. As a result, those two are put together almost by default, though there are many out there who truly supports this ship. 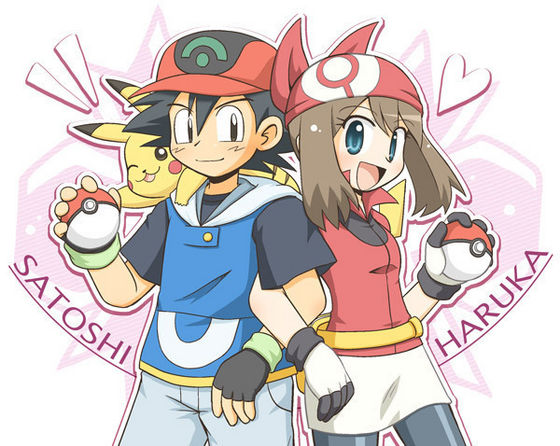 Even though for most of the Advance Generation, Ash had been a mentor and a good friend to the newcomer May, AdvanceShipping is the least popular of the Ash x female lead parings, as it had to compete with PokeShipping and ContestShipping during the heydays of the Advanced Generation, and in the past year and a few months, many of its remaining supporters changed their allegiance to AmourShipping. Nonetheless, AdvanceShipping still had its fair shair of supporters, with the Pokemon Movie 9 being its biggest highlight. 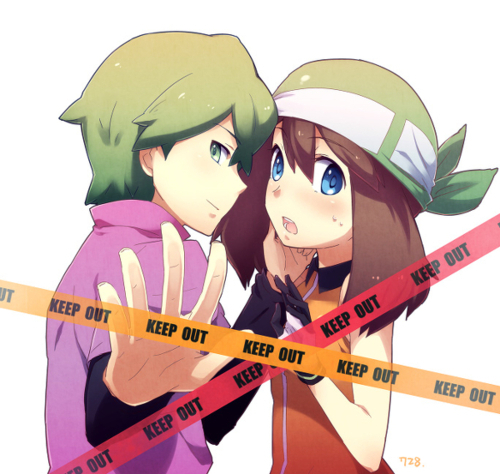 Back in its glory days, ContestShipping was arguably the most popular shipping, since nearly every non AdvanceShipper who supports another Ash ship supported it. May and Drew had a large quantity of blatant and hard to ignore hints with each other, which also contributed to its popularity. Still, due to that the Advanced Generation has passed years ago, and neither May nor Drew had appeared together since then, this shipping's active support is waning, which is why it is only at number 4. 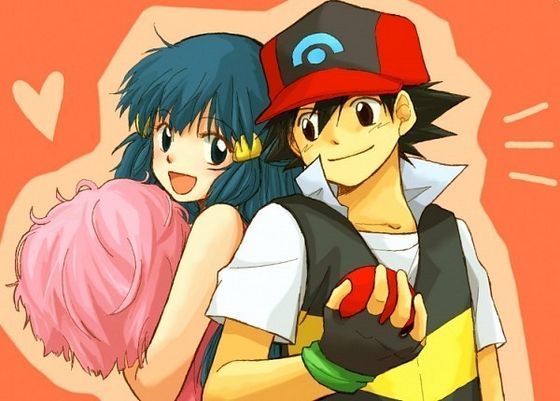 PearlShipping was always one of the most popular parings in the Pokemon fandom, as Dawn is technically the first co-star of the show, since non of the female leads before or after Dawn has been given as much independent character as Dawn. Ash and Dawn were like the best friends during their tenure with each other in Sinnoh. While these close interactions made PearlShipping popular, Ash and Dawn pretty much friendzoned each other at the end of DP and BW, and just like AdvanceShipping, a large number of its fanbase joined AmourShipping since XY aired. However, PearlShipping still remains popular in Japan, and to a less extent, the west, which is why it still sits at number 3 on this list. 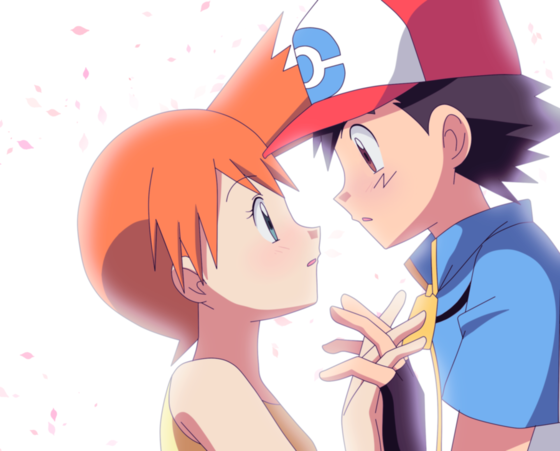 The Grand Old Shipping, PokeShipping can trace its roots back to the beginning of the Pokemon anime. Since then, and until a little more than a year ago, it has been the most popular shipping in the Pokemon fandom. The ship had its solid hints in the original Japanese, but it is the 4Kidz dub, which added a lot of crude and blatant hints to the show, made it extremely popular in the west even to this day. Despite the official writer's claim that Misty is nothing but a friend to Ash, and the supposed "hints" are only used to strengthen her presence in the show, loyal PokeShippers always believe that Ash and Misty are made for each other, and call for Misty's return, which speaks of how popular PokeShipping is. 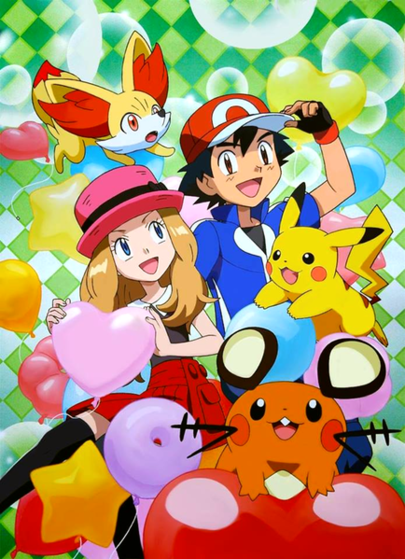 The first shipping that does not have to worry about its Valentine's Day fanart, as it is already done by the official magazine (as shown below), AmourShipping already gained a large amount of steam before the XY series started, as it was revealed that Serena had known Ash wen he was little. Since then, it completely swept across the Pokemon fandom, as Serena is the first female lead to have canon affection toward Ash, making this ship a semi-canon. She even went as far as wanting to marry Ash at one point. But unfortunately, while Serena had fallen for Ash a long time ago, Ash himself still retained his Slowpoke nature from previous sagas. Nonetheless, the (comparatively speaking) canoness and its sheer popularity everywhere makes AmourShipping atop the Shipping Power Ranking.
FanNoOne111, 16daiy and 9 others like this
Zhouyongkang Cool article!
ChairmanMeowth Overall a solid and objective article. I agree with all the points you've said. This is the way I'll rank the shippings too.
xijinping ContestShipping is a tad too low, it should be at least top 3.
JayRobRules AmourShipping forever! YES!
Baosteel Where's PalletShipping? I thought that's still popular, right?
ibyf99 Amourshipping was only popular at the beginning because Serena was Ash's childhood friend. But now , Its became pretty boring because of Serena's blend and boring chemistry with Ash. I don't think Contestshipping was more popular then Advanceshipping! It just supported by hardcore Pokeshipping and May-haters. In term of story , I think Advanceshipping would be better since it create more thrill then any other shipping. 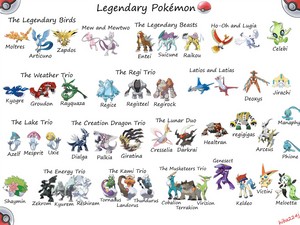 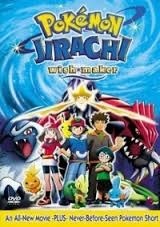 When daytime turns to night
When the moon shines bright

When you're tucked in tight
When everything's all right

Slip softly to that place
Where secret thoughts run free

There come face to face
With who you want to be, so...

Swim across the ocean blue
Fly a rocket to the moon

Take a chance, don't be afraid
Life is yours to live!

Take the chance and then the best has yet to come!

Find the strength inside
And watch your dreams come true!

You don't need a shooting star
The magic's right there in...
continue reading... 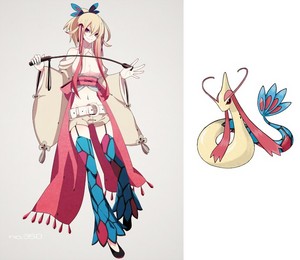 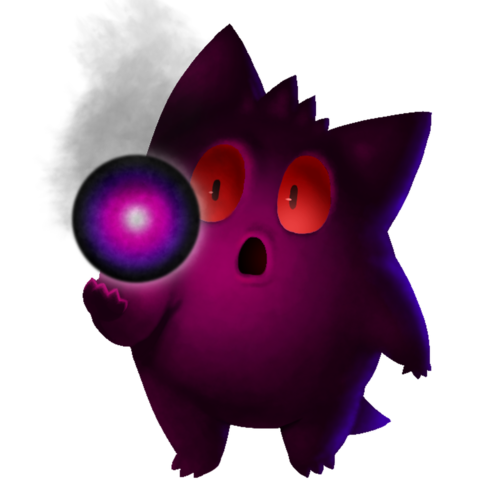 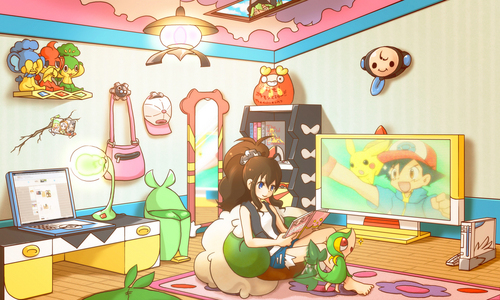 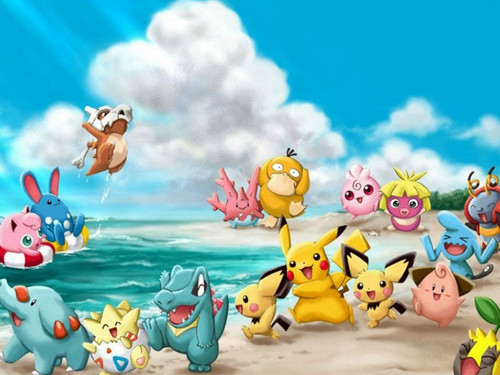 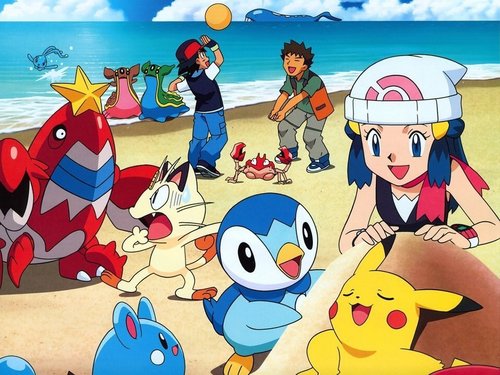 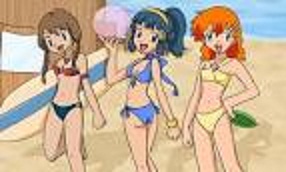 4
poke girls bikini
added by sunwarior
Source: i dont own this 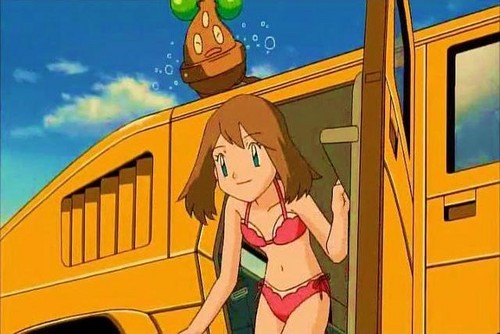 -1
may bikini
added by sunwarior
Source: i dont own this 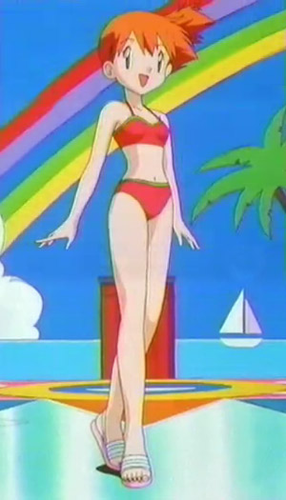 5
pokemon girls in bikini
added by sunwarior
Source: i dont own any of this 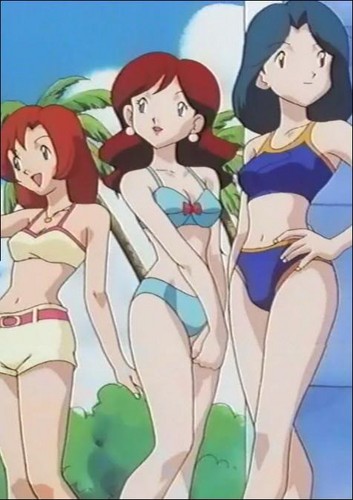 -1
pokemon girls in bikini
added by sunwarior
Source: i dont own any of this 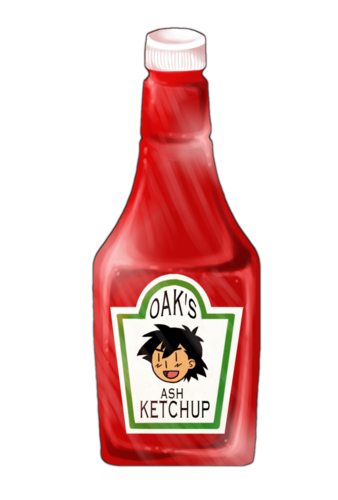 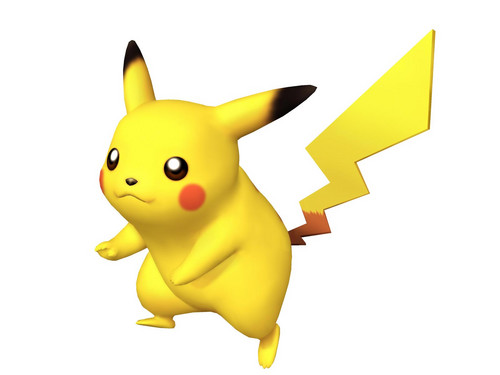 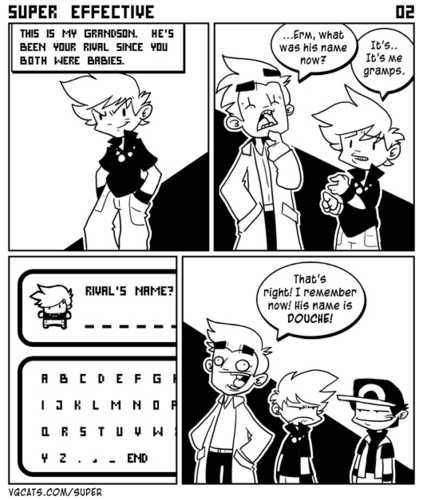 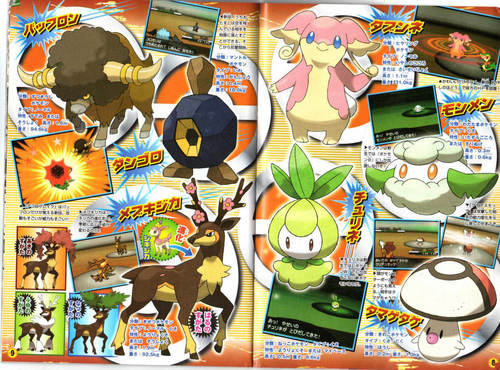 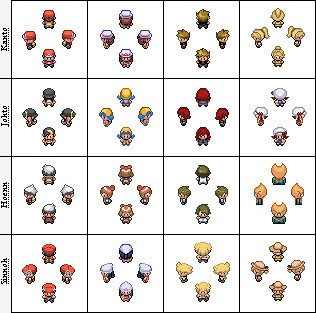 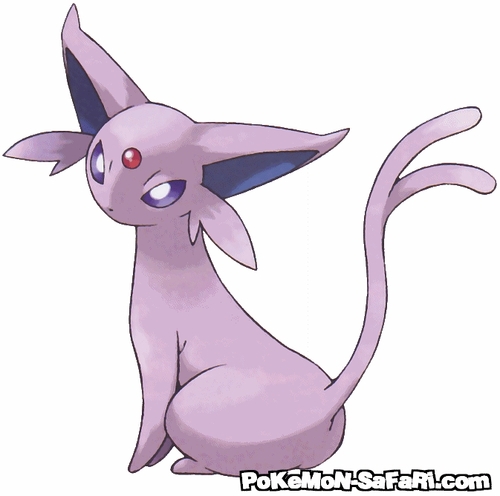