The Shadowpuff Girls - A Powerpuff Girls Fanfiction - Chapter 1
posted by pokeplayer984
A few years back, I started a fanfiction at Fanfiction.net where The Powerpuff Girls had to face three evil girl counterparts. The first part of the concept was nothing new, but I presented twists that made it VERY unique. This would be a battle unlike any other for the girls, offering them quite the challenge. They have faced tough enemies before, but never something like this.

I don't know why Cartoon Network ever gave the girls this kind of challenge. It would definitely gang quite a few fans just for it's unique story alone. Maybe their return to Cartoon Network marks the coming of new episodes and we can hope for something like this. However, I'm not here to bore you with the details. I'm here to give you the real deal. With that said, let's get this thing going.

As a fan of The Powerpuff Girls, I present The Shadowpuff Girls

While he was stunned, the Powerpuff Girls had reversed the device that he used, and so that it would erase the powers that he copied from them. They then destroyed the machine. There were only scraps of it left. The machine had been so damaged, that it was beyond repair.

The oversized brain, monkey like creature just stared out at the place known as Townsville through the glass of his secret lair. He had caused the accident that had created the Powerpuff Girls. When sugar, spice and everything nice was put together, he made Professor Utonium, the now father of the Powerpuff Girls, spill the contents of a liquid substance, known as Chemical X, into the mixture. An explosion emitted from the sudden reaction. Thus creating the Powerpuff Girls.

However, the explosion had also created him as well. He was nothing more than a simple lab monkey. However, he had been one of the worst lab monkeys to have around. He would do nothing more than break anything he could by any means necessary. However, when the accident happened, everything had changed. The explosion had created his oversized brain, which was protected by a glass case. Which had made him super smart.

Ever since that time, he has come up with many plans to try and defeat the Powerpuff Girls, but all of his plans were failures in the end. The Powerpuff Girls always found a way to defeat his machines that he thought up.

Mojo Jojo went up to a table in his lab, sat down, and hit his head repeatedly on it. If the glass of the case weren’t so strong, he would end up damaging his brain. After a few hits, he stopped banging his head. He then put his head down on the table, covered his face with his arm, and started sobbing, while banging his fist on the table.

He couldn’t believe that all of his plans failed, all because of what he had accidentally created. He continued to cry. Suddenly, a voice made him stop.

“Now, what pray tell might you be moping about?” asked a high pitched voice.

Mojo Jojo suddenly stopped crying he didn’t like it when someone entered his lair uninvited. “Who’s there?” he asked.

The being suddenly appeared in a puff of smoke. He had the legs of a woman, and had high heels. He also had a man like chest and stomach. At the end of his arms, he had lobster like claws, and his devil like face struck fear into any opponent. Even his very name made everyone fear him. In the end, there was only one safe thing to call this being.

“Him!” Mojo Jojo said in anger.

“Yes! That is my name. I am Him!” The being said in his girly voice.

“What are you doing here?”

“I saw the Powerpuff Girls flying away from your lair, and I was wondering just what kind of plan that you came up with this time to try and defeat those girls, that ended up failing?”

“Well, if you must know. I had gone and kidnapped Professor Utonium. Tricked him into making a machine that would copy the powers of the Powerpuff Girls to me. Then after that, the Powerpuff Girls defeat me, erase my new powers, and destroy the machine!”

Him was shocked. “Wow! You even went as far as copying the Powerpuff Girls powers, and they still defeated you?”

“Yes! And if it wasn’t for that Professor Utonium, I would’ve defeated them!”

“What does he have to do with your defeat?”

“He told me something of the past, that paralyzed me long enough for them to defeat me.”

“You’ll really hate me when I tell you this, I was really the one who created the Powerpuff Girls!”

Him was shocked. “What?”

“Well, I must say, Mojo Jojo, I am shocked!” Him then walked up to where Mojo Jojo was sitting. “However, do you realize what this means? You created them right? And in that concocted mind of yours, rests the secret to destroy them!”

Mojo Jojo suddenly realized that he was right. “You’re right! I created them, so I can destroy them!” He then tapped his index claw on his gloved left hand and rubbed his chin with his other gloved hand. “Now, how do you destroy three little girls with super powers?” He then got an idea. “By creating three little girls with super powers!” Then he suddenly thought of something. “But wait, when they are created, chances are that they’ll be good. How can I make sure that they are evil, the second they are created?”

“Don’t worry, I have something that can help. You see there is something special that I use on my creations to make them permanently evil. I just need you to create what you need to, and I promise you, they will be evil.”

“Good! Now let’s see, the Power Puff Girls are made out of sugar, spice, everything nice and something called, Chemical X! That is the stuff that gives them their powers!”

“I know just where to find some Chemical X, you just get the other three things needed.” Him then disappeared in a puff of smoke.

Mojo Jojo started looking around his place for the things he would need. “Let’s see,” he said as he searched through several cabinets. “I know I have some sugar around here somewhere!” He then found a bag of sugar and pulled it out. “Ah ha! Found it!” But then he found it empty. “Great!” He slumped. He continued to look around in the cabinets. Suddenly he found something. “Ah, perfect! Some spice!” He said as he pulled out a bunch of different spices. Suddenly, he saw something in the back. “Wait! What’s this?” He said as he pulled out a bag. It had the word “Sugar” written on it! “Perfect! I knew I had some extra lying around somewhere!” It was even better, because the bag was still unopened. He then rubbed his chin while holding all the items. “Now, all I need is something... nice!” He said with a look of disgust. Unfortunately, he didn’t have anything “nice” around his place. “Well it’s a good thing I have someone helping me with this plan.” He then takes out a cell phone and dials a number.

Meanwhile, Him had now arrived in the basement of the home of the Powerpuff Girls. “Let’s see, I know that Professor Utonium keeps an extra batch of Chemical X around here somewhere.” He said as he looked around the lab that he was in. He soon found a large round beaker with liquid inside it. “Perfect! Just what I was looking for!” He was about to leave, when suddenly his cell phone rang. “What?” He answered in a manly voice, which he only does when he’s angry.

“Um, yeah, I have a situation here. I don’t have anything nice lying around this place! Would you mind?” Mojo Jojo said on the other end.

“Oh, no problem! I’m sure there’s plenty of nice things lying around here!” Him told him while smiling evilly.

“Good! Hey, where are you anyway?”

“Well, if you must know, I’m at the home of the Power Puff Girls!”

“What?” Mojo Jojo asked in surprise.

“Hey! It’s the only place that makes Chemical X!”

“Fine! Just hurry up! It would be bad if they saw you!”

With that, Him hung up. He quickly and quietly made his way upstairs. He soon arrived at a certain door on the second floor of the house. He opened it. Sleeping soundly in that room, were the three Powerpuff Girls. He quietly made his way through the room. He then grabbed several things that would be considered nice, but also that the girls treasured dearly. He then left with all of the stuff in a puff of smoke.

Mojo Jojo was about to pour in the ingredients when suddenly; Him reappeared in his lair in a puff of smoke.

“Ah! You made it back! Perfect timing too! I was just about to begin!” Mojo Jojo said as he motioned Him to come closer.

“Getting all of this stuff was far too easy!” Him said as he put the stuff down on the table where Mojo Jojo was preparing everything.

“Now, use this!” Him said as he handed Mojo Jojo a small vile with some sort of black liquid inside. “It is the very thing that will make them evil!”

They both quickly took cover behind what was left of the machine that the Power Puff Girls had destroyed earlier. An explosion emitted from the mixture, and three new figures appeared. They walked up to the ones who had taken cover.

“We are the Shadow Puff Girls! Just tell us what evil thing you want us to do, master, and we will do it!” One of the figures said.

I stop on quite the cliffhanger, don't I? Don't worry, there's far more to come.

Until then, see ya later!
pokeplayer984 The Rowdyruff Boys are wimps compared to these three evil girls. Stay with me on it for just a few chapters. You'll be surprised. 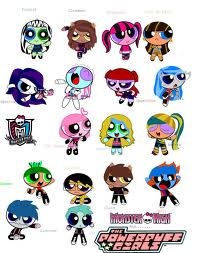 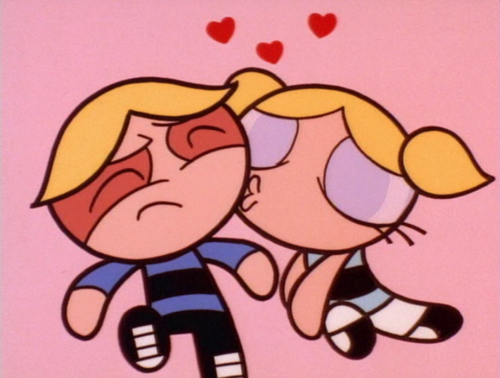 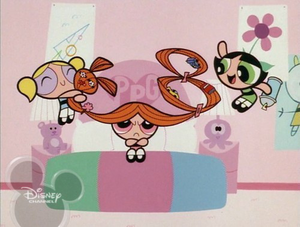 The Powerpuff Girls on Disney Channel (FAKE)
added by aldrine2016 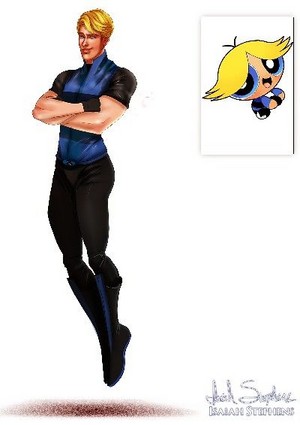 Boomer grown up
added by purplevampire 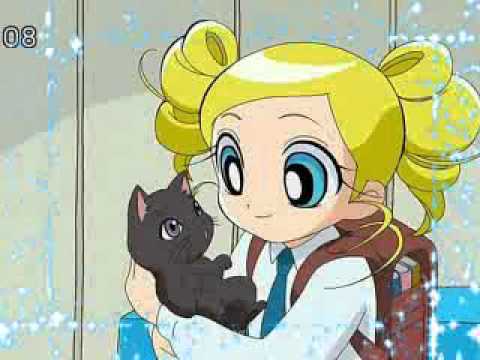 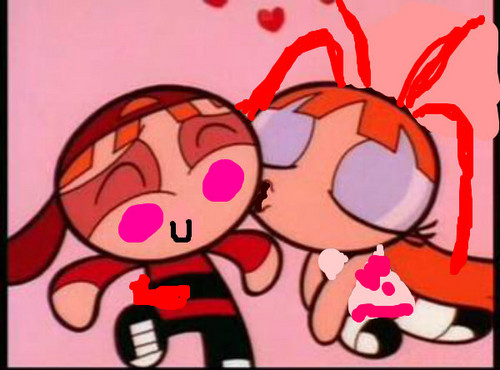 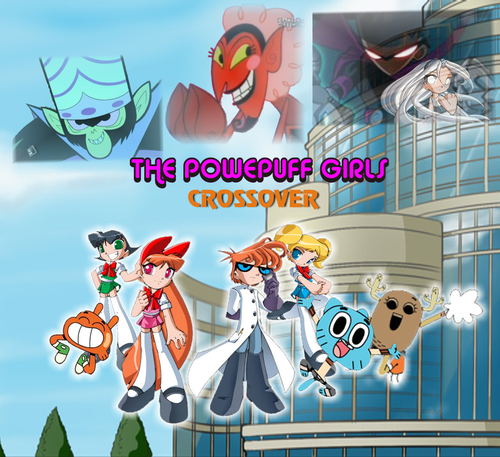 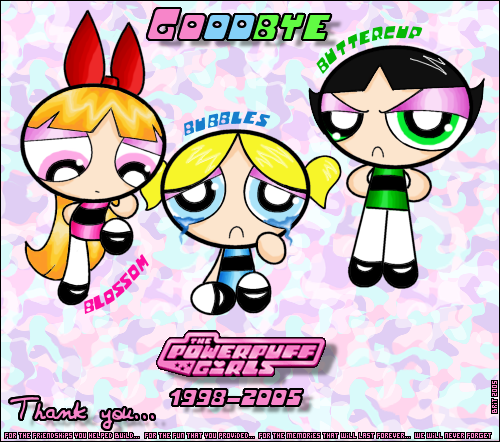 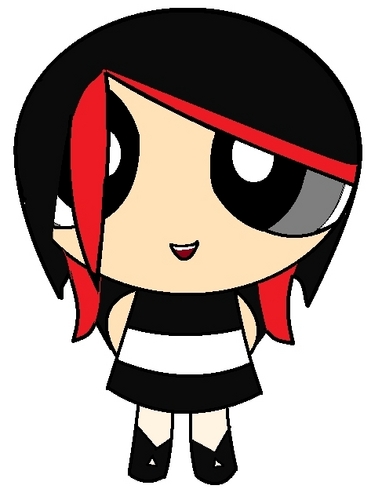 1
War should this irls name be?
added by obssesedTDIgirl 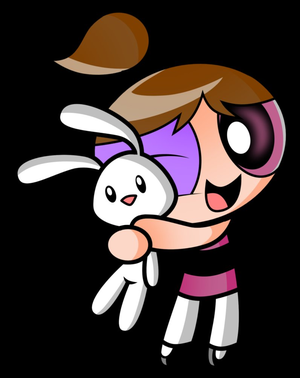 bunny and bunny
added by purplevampire 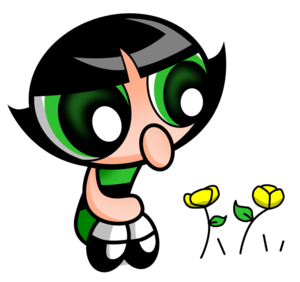 buttercup and buttercup
added by purplevampire 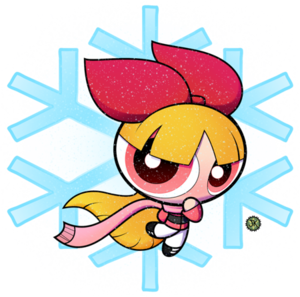 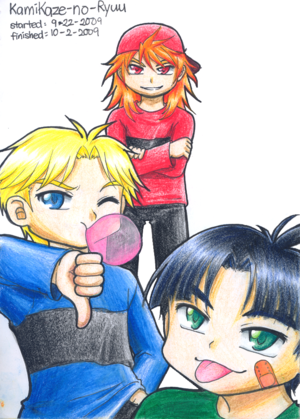 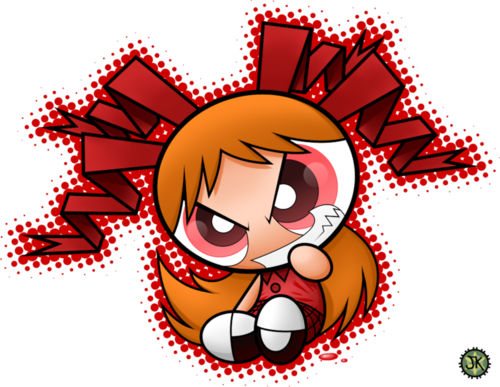 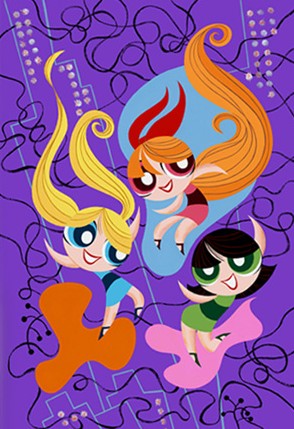