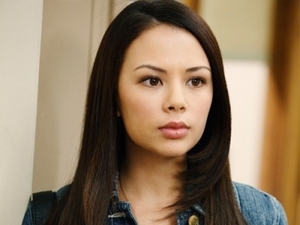 Mona Vanderwaal
* In Pretty Little Liars, Mona is A in the beginning but is killed by falling off a cliff (when trying to push Spencer off) but in the end Ali becomes the real A. Ali never died and is actually a killer. Alison has a mentally ill twin named Courtney that none of her friends knew about. Courtney escaped from a mentally ill center, pretended to be Ali, and had her sister sent to the center saying Ali was Courtney. Courtney read Alison's diary containing all the girls secrets. When Alison escaped from the center, she sneaked into the barn and kidnapped her sister and buried her alive in revenge. Somehow Mona read the diary and was A. Also in the book, Hannah finds out Mona is A and Mona hits her in a truck causing Hannah to lose her memory for a short time. Spencer also finds out Mona was A and Mona brought Spencer to a cliff and tried to push her off luckily Spencer moved away but Mona fell off and died (after this Ali becomes the real A)

* yes Mona is the first A and how did Mona find out all of their secrets? well Maya took the boxes out of her room that was Allison's and Mona took Allison's old diary and she now knows all their secrets

* Yes. Mona is one of the As until she dies in book four. Alison than becomes the A. Alison had a twin sister Courtney, who was the one who died. They were identical twins. Courtney played Alison during the time that Spencer, Hanna, Emily, and Aria were friends with her.

* I'm not familiar with the books, but I have read enough to understand what is going on. Okay, Alison has a twin sister named Courtney. They were completely identical. No one in Rosewood knew of Courtney because she was mentally ill. She would always claim she was Alison and wasn't. Their parents decided to send Courtney away since she was mentally ill, BUT whenever they sent her away, it wasn't Courtney that they sent away, it was Alison. They thought they sent Courtney, but since Courtney was always claiming she was Alison, they thought they were really sending Courtney. So, Courtney is now in Rosewood pretending to be Alison. And Alison is in a mental hospital with her parents thinking she's Courtney. Since Courtney was now trying to take over Alison's life in Rosewood, she 'dumped' Alison's old friends and befriended the four girls-Emily, Aria, Spencer, and Hanna- so that Alison's old friends wouldn't notice that it wasn't really her. Whenever Courtney was pretending to be Ali, she wrote down all of the 4 girls secrets in a diary. Then, the night in the barn, Alison escaped from the mental hospital and kidnapped Courtney-whom the girls thought was Alison-from the barn and buried her alive in revenge from stealing her life. So technically, Alison isn't dead. Alison killed Courtney, but since Courtney was pretending to be Alison, the town of Rosewood thinks it is Alison that is dead because they didn't know of the twin sister or the change-up. Now, for 'A'. Whenever Mya moved in, there were still some of Alison's things in the house. So Mya brought the boxes out and set them on the sidewalk. The diary that Courtney had wrote all of the 4 girls secrets in was in one of the boxes. Without anyone noticing, Mona took the diary and then became 'A' because she knew all of the girls secrets. In the last episode of the first season, Hanna has figured out who 'A' is because she is spying on Mona's birthday in the woods since she was uninvited. Mona figures out that Hanna knows she is 'A' and hits her with the car, causing her to have short-term memory loss so she cannot tell the 4 girls about her discovery of 'A'. Apparently in the books, Mona dies whenever she is trying to push Spencer off of a cliff and Spencer moves, causing Mona to fall off the cliff. Therefor killing 'A'. The real Alison-(since she is alive and Courtney, who was pretending to be Alison, is really the one that is dead) takes over the role of 'A'. Hope that isn't too confusing! Haha.

* Yes. Mona is one of the As. The other one is really Allison. Alison had a twin sister Courtney, who was the one who died. They were identical twins. Courtney played Alison during the time that Spencer, Hanna, Emily, and Aria were friends with her. 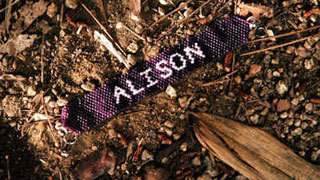 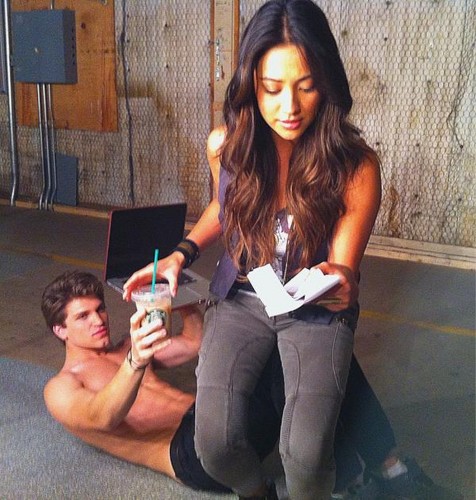 4
PLL Season 3 Behind the Scenes/ On Set
added by el0508
Source: facebook 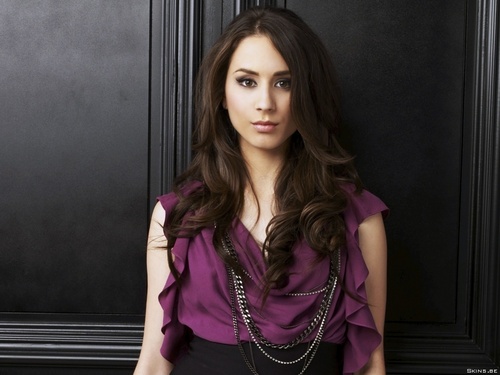 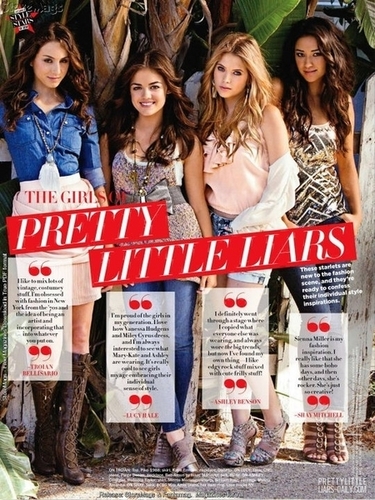 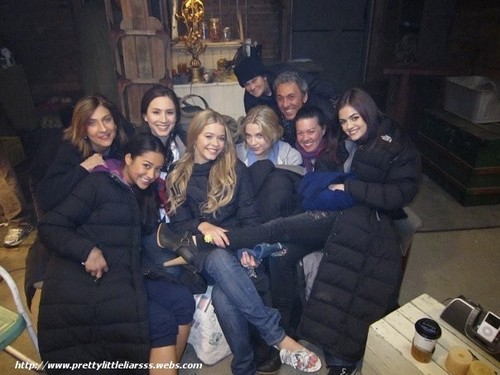 2
Behind the Scenes
added by Asia_04 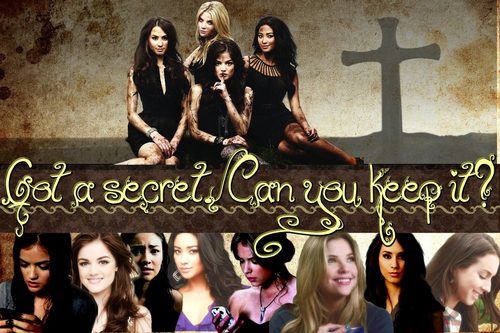 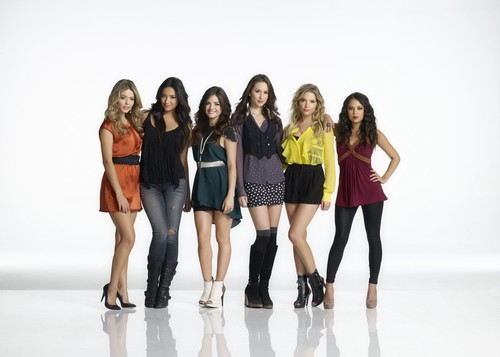 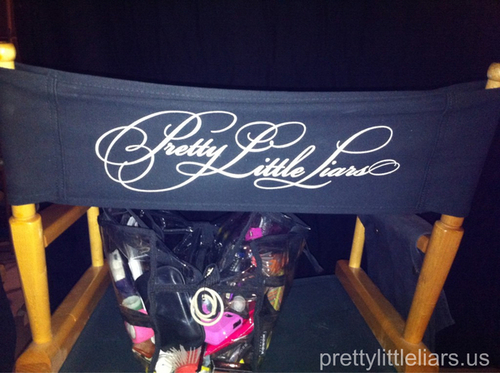 Behind The Scenes of 1×12 Salt Meets Wound
added by Melissa93
Source: prettylittleliars.us 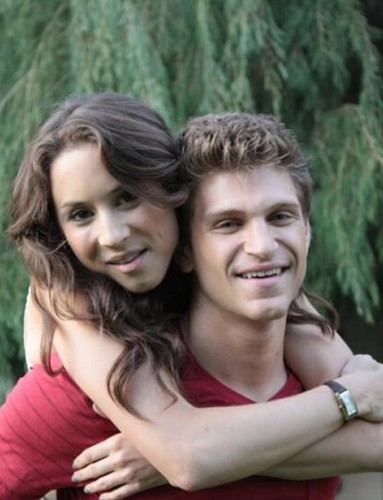 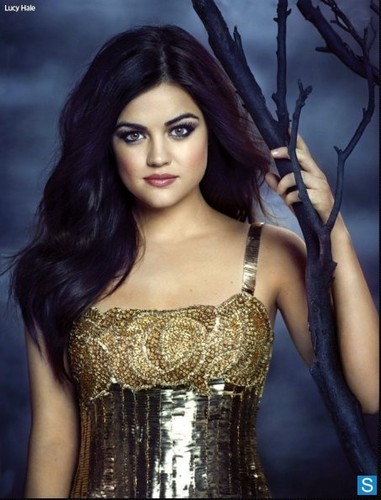 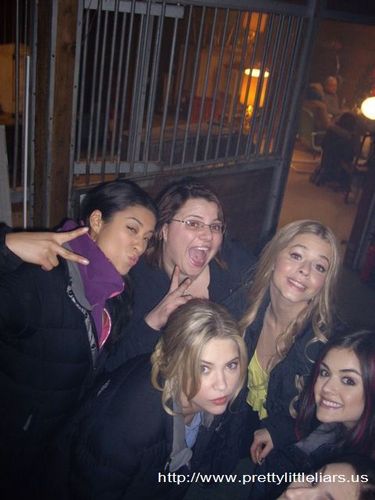 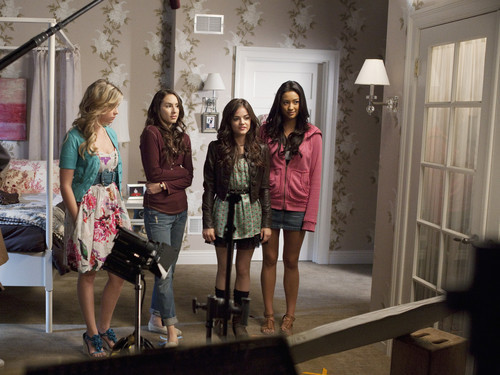 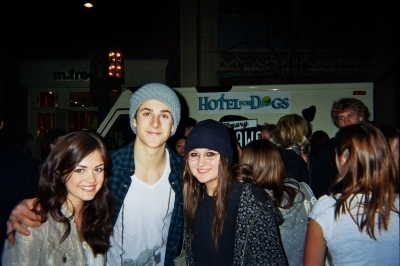 1
Lucy Hale - Rare photos
added by fudgemurder
Pretty Little Liars episode 122 Soundtrack
posted by BlackSunshine
1.“Time To Be Your 21” by Alexz Johnson: Plays when Hanna and Emily talk about Em’s move to Texas.
2.“Hiding My Heart” by Brandi Carlile: Plays when Aria informs Ezra that, up until now, he was the only guy who had never lied to her.
3.“Far Far” by Yael Naim: Plays when Toby tells Spencer he’ll be there for her no matter what.
4.“Coming To” by Apex Manor: Plays when Aria answers her door and finds Ezra’s ex, Jackie, standing there.
5.“I’m Not Calling You A Liar” by Florence and the Machine: Plays when the girls receive a text from A at the end of the finale. 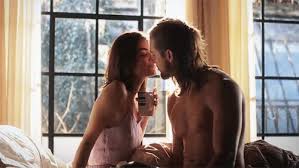 Jason and Aria 6
added by HoltNLucy4Ever 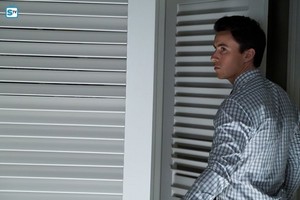 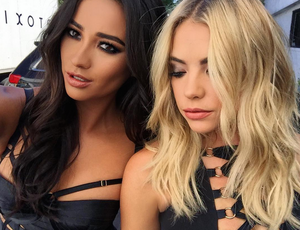 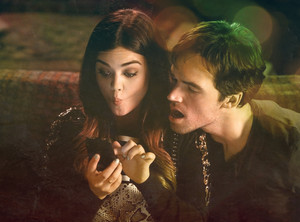