2
Moves guide( Ryoma Echizen)
posted by ryomaidol
Twist Serve (ツイスト サーブ )
A serve Ryoma typically performs with his right hand, though it needs to be hit with the opponent's dominant hand. The twist serve is Ryoma's most notable shot. It is meant to shoot towards the opponent's face, making it difficult to return. He can perform it with his left hand when he is facing left-handed opponents. He claims that he does this so he can hit the opponent in the face with the ball. It was first used against Sasabe.
In the English dubbed version of Prince of Tennis, the twist serve is referred to as the kick serve, which is similar to the twist serve, but is considered to be less powerful and easier to perform than the twist serve.


The Twist Serve Tornado
Twist Smash (ツイスト スマッシュ tsuisuto sumasshu)
The Twist Serve in the form of a smash.The ball changes direction after it hits the ground . He uses this shot to win his game against Shinji Ibu from Fudomine.

Twist Serve Tornado (OVA only)
The Twist Serve curves to the face in an abnormal way.

Drive A (ドライブ A doraibu A)
A drive (topspin) volley hit towards the face at point blank range. Ryoma first uses this shot during his match against Yamabuki's Jin Akutsu.

Drive B (ドライブ B doraibu B)
A topspin drive volley with two consecutive bounce arcs, the shape of which form the eponymous 'B'. Ryoma usually slides up near the net and then jumps to perform the Drive B. However, during his match against Aoi Kentaro, Ryoma also uses a Drive B when he is still sliding on the ground. He then uses the force made by the ball to go even faster. Though it grants him more speed, this version lacks the regular Drive B height; due to the topsin, it curves towards the ground instead of going out.
This is Ryoma's first original shot (as opposed to moves he copies from other players), and is first used in his match against Yuta Fuji. In the English manga, it has been renamed Drive V.

Drive C (ドライブ C doraibu C)
A shot similar to the COOL drive with only half the spin. It is first used by Ryoma in the National OVA against Higa Chuu. It is similar to Fuji's Tsubame Gaeshi, but both the COOL Drive and Drive C use enormous sidespin instead of underspin. Upon hitting the ground, it spins rapidly before curving across the court floor without bouncing.

Drive D (ドライブ D doraibu D)
A drive that follows up a returned Drive B, it has half the spin of the Drive B, but the speed of the return is enough to get the ball past most players.

COOL Drive (COOL ドライブ COOL doraibu)
A powerful smash with a huge spin that makes the ball roll instead of bouncing up. It can be used as a forehand or backhand shot. In the manga, Ryoma uses this shot for the first time to defeat Genichiro Sanada. In the anime, he does not use it until the OVA, where he uses it against Kei Tanishi of Higa; Ryoma smashes the ball into his opponent's racquet where the ball then spins towards Kei's face.
In the Nintendo DS game Jump! Ultimate Stars, Ryoma uses this as a support attack, in which the target stops moving for a short time upon contact.

Samurai Drive (サムライドライブ Samurai Doraibu)
A technique where Ryoma hits a powerful return toward the rope that is between the net and the pole. Because of the tremendous force, the rope slices the ball in half, resulting in both pieces going in different directions.
It was first seen during his one-point match against Kintarō Tooyama, but only the outcome of the ball was shown, not the technique itself. Ryoma first shows how the technique is done during his match against Seiichi Yukimura, which is also when its name is revealed.

The Samurai's Eye (侍の目 Samurai no Me) is the anime equivalent of Muga no Kyōchi. It gives Ryoma a very dynamic play style because he is able to switch between many other player's techniques.
Muga no Kyōchi has three doors:

Ten'i Muhō No Kiwami (天衣無縫の極み Ten'i Muhō No Kiwami, trans. Pinnacle of Perfection)
This is the ultimate door and final door of Muga no Kyōchi. In this state, Ryoma's hair and eyes turn permanently green in the manga but in the anime only his hair turns green, along with most of his hair spiking upwards. Ryoma then uses Teni Muhō No Kiwami to hit the ball at a speed that cannot be seen, unless one reviews it on a video monitor.
According to Nanjiro, there was no such thing as Teni Muhō to begin with. It was simply the feeling that one has when they first enjoy playing tennis. However, when people become too absorbed in winning and losing in tennis, they eventually forget that feeling.

One-footed Split Step (片足スプリットステップ kata ashi supuritto suteppu)
A split step involving landing only one foot. This difference allows Ryoma to increase his speed and cover the court more effectively. In the English dub, it has been renamed as "Ryoma Split Step".

Nitōryū (二刀流 , lit. Two Sword Style)
The name given to Ryoma's ambidexterity because he can play with either hand. It is a technique inherited from his father, Echizen Nanjiro. During a match, Ryoma can switch his racket to either hand, making it easier for him to return a ball, especially when his dominant hand is unable to quickly reach it.

Tezuka Zone (Samurai Zone) (手塚ゾーン Tezuka zōn)
The method Tezuka uses in putting a specific spin on each ball that he hits, causing the ball to automatically return to him. Ryoma uses an incomplete version to break out of Atobe's World of Ice technique. However, it is stated in the manga that Ryoma learned this technique instinctively from playing against his father's completed version of the Samurai/Nanjiro Zone every day.

Cyclone Smash (anime only) (サイクロン スマッシュ saikuron sumasshu)
An extraordinarily powerful smash done by jumping high into the air, and twisting, then un-twisting, the body back onto the ball. It is first shown while battling Atobe, before the Kantō finals. He later perfects the move while playing Rikkai's Vice Captain Sanada.

Snake (Buggy Whip Shot)
A forehand or backhand shot that has an offset topspin that causes it to curve to the corners of the court, making the opponent run around and lose stamina, Ryoma first finds out about this technique from an article on a pro. Later, after he sees Kaidoh perform a variation of it, known as Snake, he realizes that Snake is the Buggy Whip Shot and manages to copy it, although he said that it is quite difficult to perform with a short reach.

Zero-Shiki Drop Shot
In the reserve match against Wakashi Hiyoshi, Ryoma shows the ability to use Tezuka's famed drop shot, which is a heavy backspin drop shot that drops after passing 1 foot, then after it lands on the ground, rolls back to the net instead of bouncing. However, due to Ryoma's stance (his racket 30 cm off from his normal stance), it was too obvious and Inui stated that it will not work the second time.

Super Rising
One of the common shots used by most characters, Super Rising is a half volley where the returner hits the ball they are returning just as it is bouncing up in order to give the opponent less time to react. Ryoma first sees this shot during his match against Yuta Fuji using it against him, and uses it himself to try to return Yuta's Twist Spin Shot. However, it was imperfect until the match against Akutsu, meaning that the Super Rising didn't take very long to master.
Rondo towards Destruction (manga and OVA only)
A high-level two-part smash that knocks away the opponent's racket with the first hit, and scores with the second smash, Ryoma was able to use this against Atobe, the one who invented it himself, when outside of Muga no Kyōchi. In the OVA, Ryoma was in Muga no Kyochi to use this technique, while in the manga, it was stated by Fuji that he was no longer in Muga no Kyōchi before he used this technique.

Dragon Cyclone Smash (animated movie only)
A move where Ryoma returns the ball at a high speed, creating a cyclone around him, which he then uses as a diversion as he hits his return.
lovedeath26 and sadari like this
sadari Ne, didn't the rules said 'publish original articles'? I see two of you articles are somewhat plagiarize from Wikipedia...
tezuka25_dane So that's why some of your article is familiar. 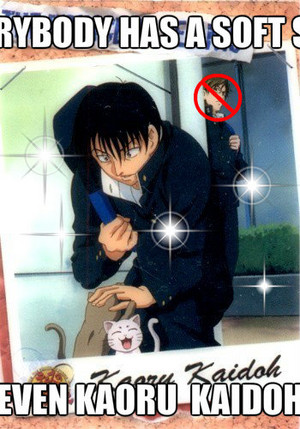 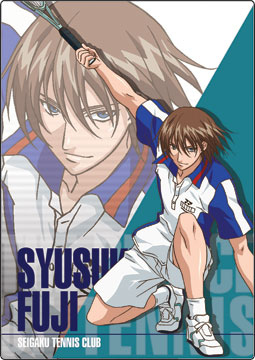 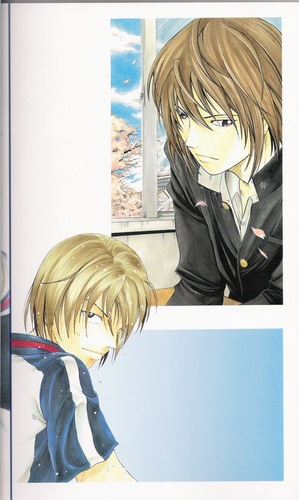 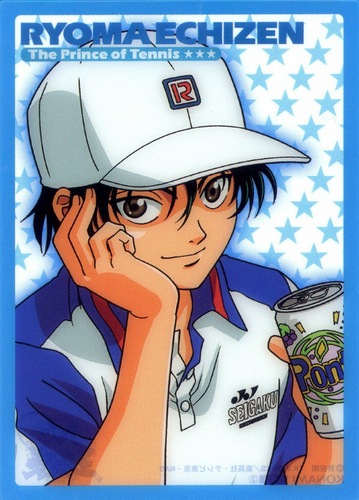 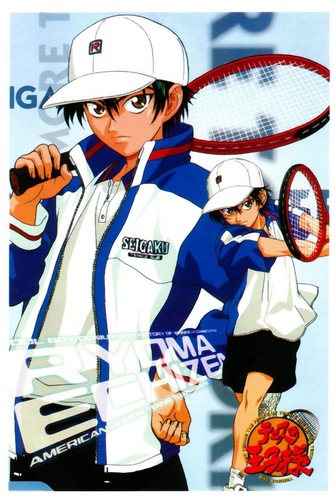 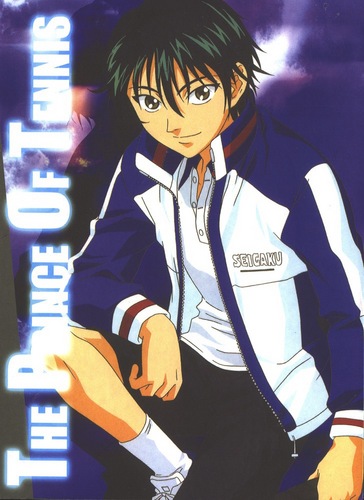 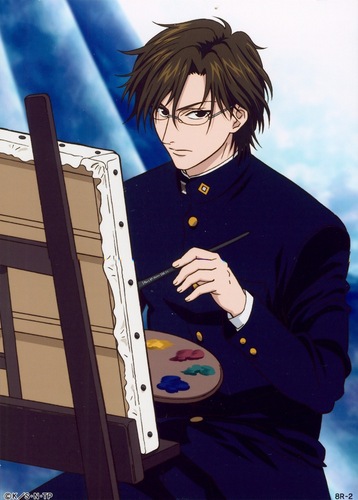 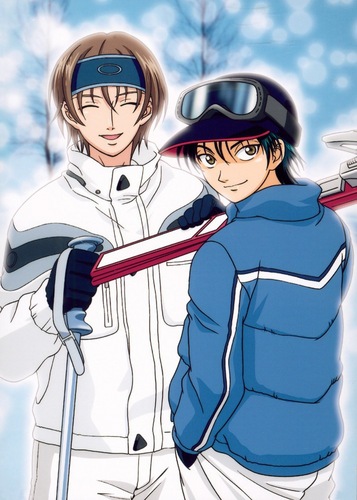 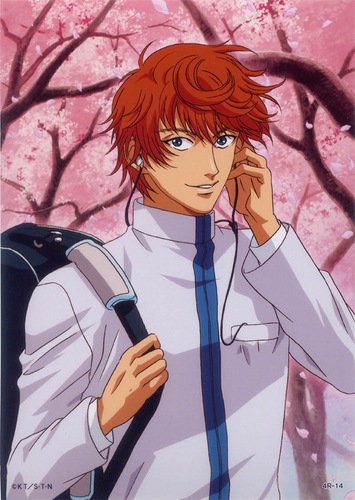 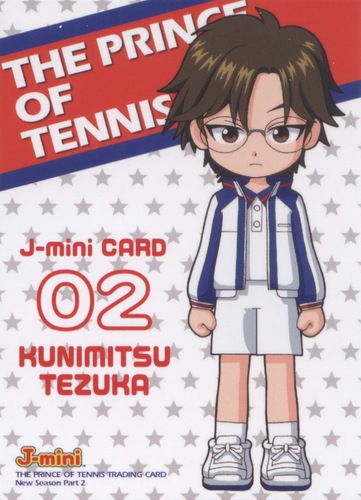 Ryoma's back and back with new tricks in his sleeve! After an intriguing appearance in the US open, Ryoma is now back in Tokyo to be with his teammates, the Seigaku Tennis Club to win the Nationals. New and old rivals and friends emerged like the vengeful Hyōtei Academy, the Dark Horse Higa from Okinawa and mysterious Shitenhouji from Osaka . But the more powerful Seigaku has no match aginst the invincible Rikkai from Kanagawa.

In April 2006, an original video animation (OVA) continuation of the anime began to be released over a span of seven DVDs. The beginning...
continue reading... 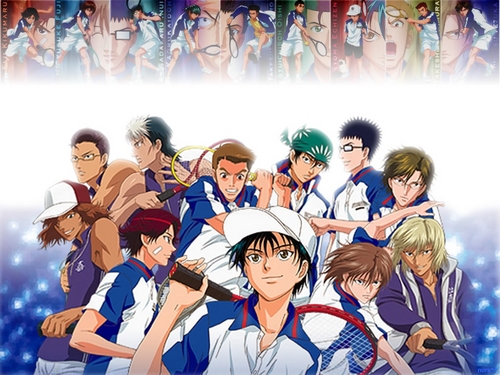 3
The Prince of Yakiniku!
added by tezuka25_dane
Tonight is a Yakiniku Party!It's time for the Yakiniku Showdown!
video
prince of tennis
yakiniku showdown 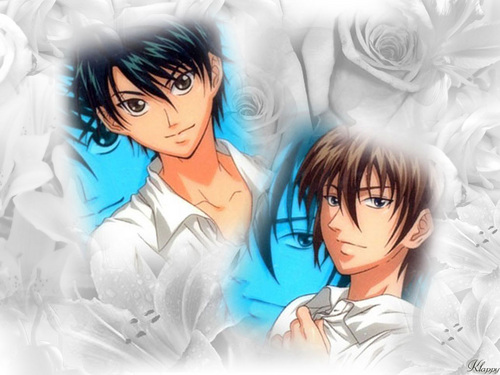 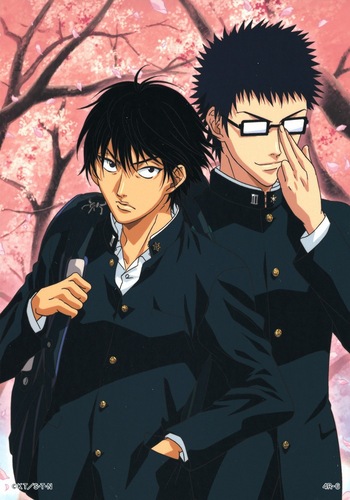 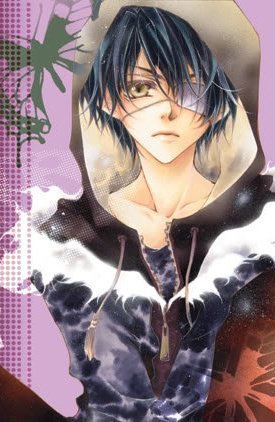 ryoma kun echizen ?
added by ryolina
2
In celebration
posted by ryomaidol
Do you wonder why I am ultra active this year?

It's because it's POT's tenth anniversary!!!

To celebrate this wonderful year, since only a few remembers, I would want to make a joint project with all of you, POT fans!

Our joint project for this commemorative year is to make a POT encyclopedia here on fanpop.

You can write messages to me containing articles for POT. It may be terminology, the moves, the people, the places and the likes!

I will publish the article "The Prince of Tennis Encyclopedia" if I have compiled at least ten articles.

I will only compile articles of POT. You can only send message to me via fanpop by visiting my profile at link and write me a message or via my e-mail at andres_ryoma@yahoo.com.

Also, articles should be as short as zero to two articles only.

I will accept articles as long as fanpop exists.

Thank you very much. 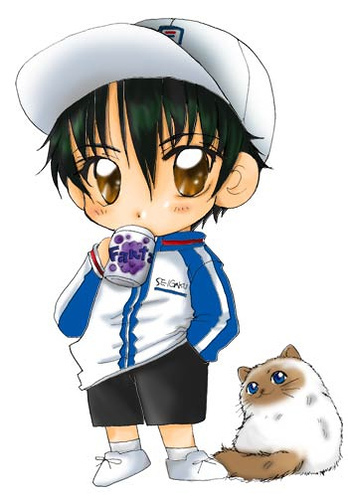