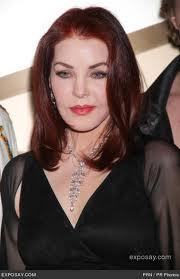 Priscilla 2011
Priscilla Presley (born Priscilla Ann Wagner; May 24, 1945) is an American actress and businesswoman. She is the ex-wife of musician Elvis Presley, and the mother of singer-songwriter Lisa Marie Presley.

Priscilla was chairwoman of the board of Elvis Presley Enterprises from 1982 to 1998, helping to turn Graceland into a multi-million dollar tourist attraction. As an actress, Priscilla is best known for co-starring with Leslie Nielsen in the three successful Naked Gun films between 1988 and 1994, for her five-year run playing the character Jenna Wade on the television series Dallas, and for...
continue reading...
1
Priscilla Presley Finds it "a dream come true" Being A Grandmother For Fourth Time
posted by anouk1998 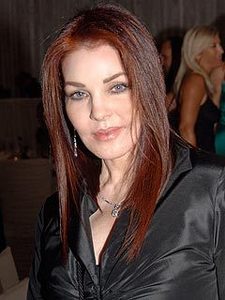 Priscilla Presley, 63, says it's a "dream come true" to become a grandmother for the fourth time after daughter Lisa Marie gave birth to fraternal twin girls Harper and Finley on Tuesday, October 7th. Speaking at the Dream Foundation charity event in Santa Barbara on Friday, she said,
It's been a real delight entering into the room and seeing these two little babies – it's been pretty terrific.


He's a first-time dad, so it's the most beautiful thing to watch the way he holds and carries the babies. It's so endearing to watch how delicate he is. 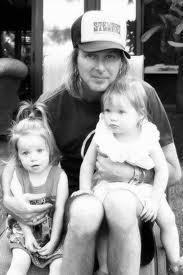 1
Priscilla Presley Interview with Katie Couric
posted by anouk1998
August 13 – He seemed larger than life and is larger still, on the 25th anniversary of his death. A remixed version of an Elvis tune is currently climbing the charts. Even the weekend wedding of his daughter Lisa Marie marrying actor Nicolas Cage gets the attention accorded a superstar. There’s one person who knows better than anyone else about the lasting impact of Elvis Presley’s power and personality. She shared his love, his wild life, his troubles, and now, she shares her memories. Priscilla Presley talked to Katie Couric about her life with Elvis.

His was a voice she’d heard since...
continue reading...
1
Luxury Las Vegas Magazine: Up Close & Personal
posted by anouk1998 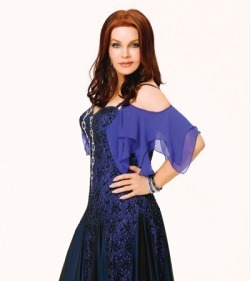 Millions of girls around the world envied Priscilla Beaulieu when she lived out their fantasy and married Elvis Presley, the King of Rock ‘n’ Roll, on May 1, 1967 at the Aladdin Hotel in Las Vegas. Nine months later, on February 1, 1968, Priscilla gave birth to their only child, Lisa Marie.

But alas, fairytales don’t always have happy endings and on October 9, 1973, 14 years after they met, the couple’s divorce made headline news.

Priscilla and Elvis remained friends, and suddenly at 28 years old, she was in charge of her own life for the first time. It was on this transformational...
continue reading...
1
'When Will It All End?'
posted by anouk1998
FacebookTwitterE-mailIt happens every year about this time, around the anniversary of the day the King of Rock 'n' Roll died, Aug. 16, 1977. The stories start coming—"malicious, untrue, upsetting stories," says Priscilla Presley, 41, Elvis' ex-wife and the mother of his only child, Lisa Marie, 18. Perhaps because of Lisa Marie's great financial and symbolic legacy from Elvis (she already has his eyes and mouth; she will get his multimillion-dollar estate when she is 25) and perhaps because of the secrecy with which Priscilla tried to protect her, Lisa Marie's young life has been speculated...
continue reading...
More Cards
1234567891011