3
The hoax cases of Multiple Personality Disorder
posted by bendaimmortal
I can somehow understand if a person for some reason likes to pretend she or he has that condition, and of course that would mean there's something else seriously wrong with the person.

But why do other people agree to waste money and time on documenting such hoax cases, as in to take part in them?

Of course, I acknowledge I can not know if any of those documentaries I've seen are hoaxes or genuine. It's just that the documentaries include such facts that makes the cases more or less likely hoaxes, so I can not view and speak of them only with my heart but with common sense.

Let me point out couple of examples of documentaries that I feel aren't for very real:

A blond woman in the Australian tv-series "The Extraordinary":

- They say she's been diagnosed to have 68 personalities.

- She's said to be blind because of a tissue damaged at birth. Like, completely blind, "she's spent most of her life in darkness."
This may be the only truth in the documentary. She's shown to be able to move her eyes rapidly back and forth which a sighted human can not do for very long. But I'm not sure if she's shown doing that for very long either.

- Supposedly blind, still some of her other personalities have a clear vision.

---> Here's my main problem with this scenario. This is supposed to be multiple personalities of one person, as in all personalities working the same brain in the same body. The body that has a damaged tissue causing blindness. There is NO way a psychological condition can fix a physical damage. It would be physically impossible for any personality to see better than another.

It's not even a case of a mind over matter because the supposedly clear sighted personalities know that they are part of one person. Although I really don't see how a mind over matter would help with physical damage. It's not like you can see just because you don't know you can't see. If you don't have a working tool to see, you will not see.

The woman herself tries to explain it away by using the known symptoms of the condition. That the voice and handwriting change, so she's not surprised that the eye vision changes too. To me, that blows. Handwriting and voice change because they're not damaged. And anyone can change their handwriting and voice at any time anyway, which by the way makes this an easy illness to fake.
Again, if all you have to use is a damaged tool, you can not make it work by not knowing it doesn't work or by willing it to.

In addition to this screaming eye vision issue, I'll mention that the only way she ever switched to another personality was by someone calling a specific personality out. I know in real cases they can sometimes be called, but for it to be the only way and it always working when wanted to? No, I don't think so.

AND the only reason for her supposed disorder that the documentary offers is a very general statement of that she suffered excessive physical and mental abuse in her childhood. Now that would go without saying. In this case the personality that supposedly has taken over the woman's core personality did not know anything but just guessed it must have been something extreme in her childhood that she could not cope with. In order to give at least a little credibility they should offer case-sensitive details. I do realize that the patients may have wished not to, as they are personal and private matters. But still.

The same issue is with a documentary called "The Man with a 30 Second Memory". He doesn't behave convincingly and logically for a man with such a severe memory condition as the documentary claims AND the only cause they give for his supposed condition is that he lost his memory 20 years ago. That's all. No details as for how.

These kind of documentaries scream hoax for attention seeker's pleasure and for dramatic attempts. If those are the case, it's morally questionable thing to do - and I'm guessing that's why they don't go into details of the faked condition. To not hit the lowest bottom of immorality.

Back to the title topic...

Documentary "The Woman With 7 Personalities":

A British woman named Helen has 7 personalities of which a few are young children between ages 5-10 and few are teenagers between 13-17. Some of them are boys. The youngest ones are very cute and loveable and the teens are nice persons but self-destructive or even suicidal. They OD with medicine and cut Helen's arms with razor blades.

If I understood correctly, they were born during Helen's adult years but teenage Helen herself had seemed troubled, even once cutting herself. Helen doesn't know what had happened to her. Some of the other personalities have contradicting memories with each other, which means that also suffers of a false memory disorder.

This documentary is overall very believable and genuine feeling and I haven't yet fully decided what I think it is. Because again, they could've easily set up everything they desired to show in the video footage. Even the cuts in her arms. But she really feels genuine.

My main problem and the main cause for my sceptisism on this documentary's honesty, is this:

They don't show any real efforts to try and find out what happened to her. They only wait for the personalities to bring them the keys. Helenn is said to have a little contact with her family. So talking to the family would be the first thing I'd do but they don't even bring it up!

One of the supposed personalities has memories of a Satanic cult torturing her when she was a child or teen. This works very far for credibility; Satanic cults practice the worst kind of torture; sexual, other physical and mental, all of them and in extreme ways. Therefor the story of younger Helen blocking the memory from her consciousness but still cutting herself and having other issues, would be a likely result. As would that the other personalities coming into light later when she could no longer block the memories out alone.

The hole in credibility comes in when they don't make efforts to actually find out if the cult history could be true. They mention that there is no evidence of Satanic cults existing or having existed in Britain but that of course it doesn't mean that there couldn't be.
But if there was, and if she was a victim of such, there would have to be something clearly abnormal in her past that would work as a lead. A disappearance most likely, but they never bring anything like that up or make efforts to look into anything like that. They just keep questioning "could it have been a Satanic cult or is it just a false memory? If it wasn't a cult, where did those memories come from?"

Can you see how screaming attempt of dramatic fiction that documentary comes off as? But this one is brilliantly done seeing to their means to pass it off as a honest documentary on a real case. Because this one offers semi-plausible case-sensitive details for the cause instead of just a simple 'oh yeah, I likely was abused horribly as a child'.

Still, hence that they don't make any real efforts to find out the origin or don't bother to mention such efforts, not even the most common sense ones to do...This one too, is likely a hoax. 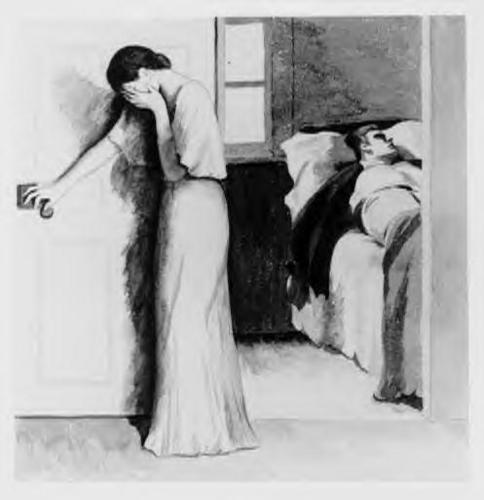 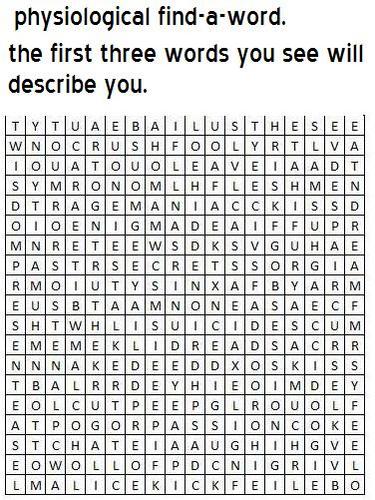 4
Which Mental Disorder Do You Have?
added by HattersMadGirl 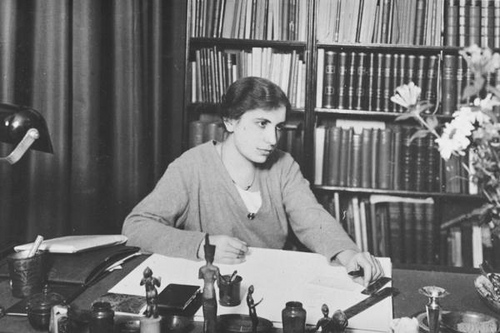 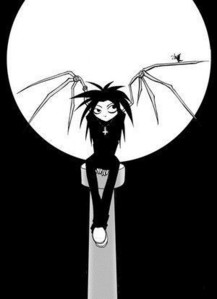 Empedocles, a Greek philosopher,scientist and healer who lived in Sicily in the fifth century B.C.,believed that all matter is comprised of the four elements of earth, air, fire and water. Fire and air are outwardly reaching elements, reaching up and out, whereas earth and water turn inward and downward.

In her book, Four Elements in Ancient Greek Philosophy,Tracy Marks describes wide-ranging look at earth, fire, water, and air, and the dynamic twin forces
of Love and Strife. Her book takes one to a journey from ancient Greece to alchemy to Carl Jung's association of sense, feeling, thoughts...
continue reading... 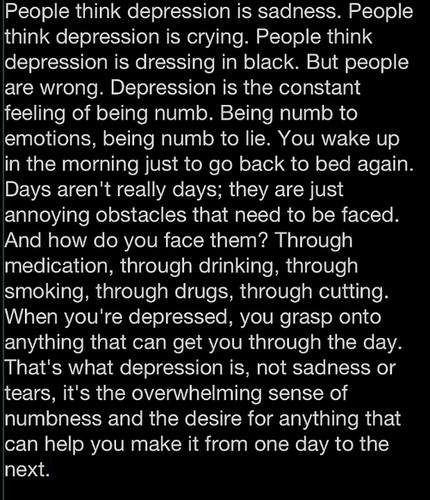 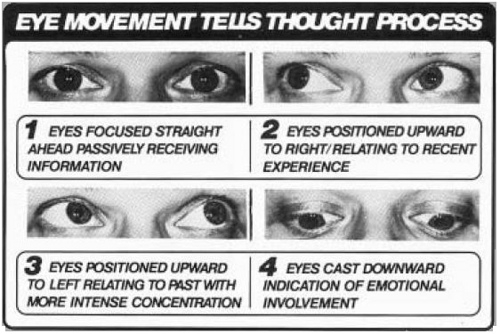 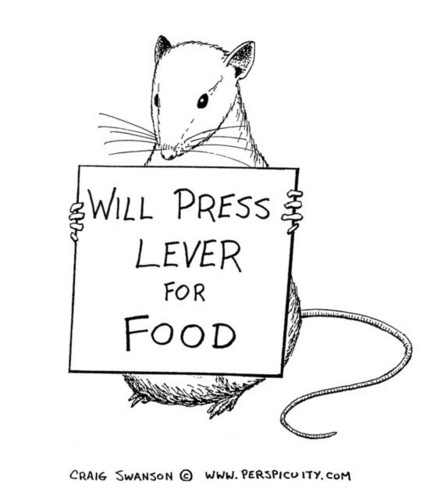 2. One-Upmanship Expert – This person uses put downs, snide remarks and criticisms, to show that they’re superior, and know much more than you.

3. Powerful Dependents – They hide behind the mask of being weak and powerless – then use their helplessness to dominate relationships. That is, they send the subtle message “you must not let me down.”

4. Triangulators – This person tries to get other people on their side. They’re quick to put you down, and to say some...
continue reading... 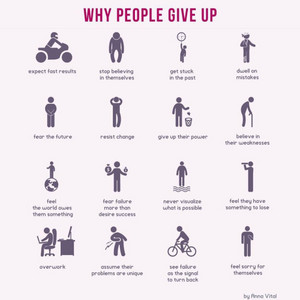 Give Up
added by Ambiverted
Source: hplyrikz.com
1
I'm a Lost Tormented Soul Trying to find my way
posted by Persephone713
I dont know why, but somedays I feel like bursting out crying. Im crying as Im writing this because I feel lost and confused and misunderstood. Mostly by my parents. I think when you get a certain age you forget what it is like to be young and naive and have to go through all these troubles and changes that ironically no one ever warned you about. On top of ordinary troubles that 21yr. olds have, I have anxiety, depression, epilepsy and Borderline Personality Disorder. I ask God " Why me?" what have I done to deserve all these sad feelings and problems. I have fought so many times with my parents...
continue reading... 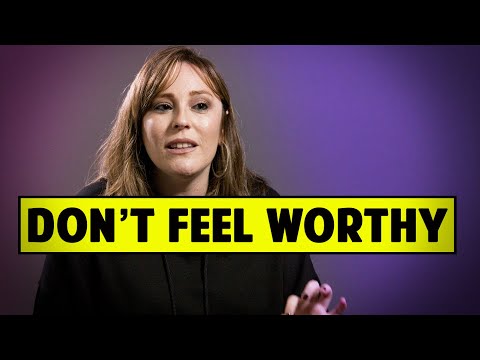 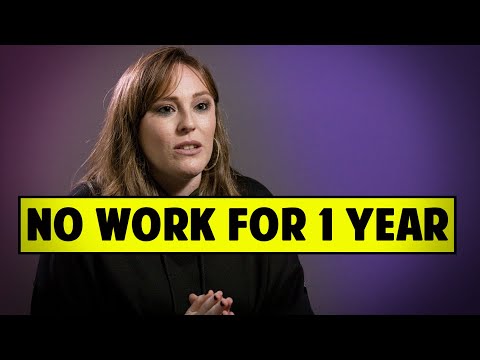 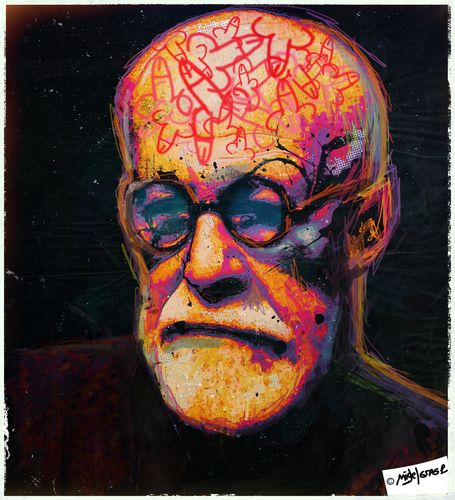 Freud, who Died
added by MigelGrase
Source: by Migel Grase 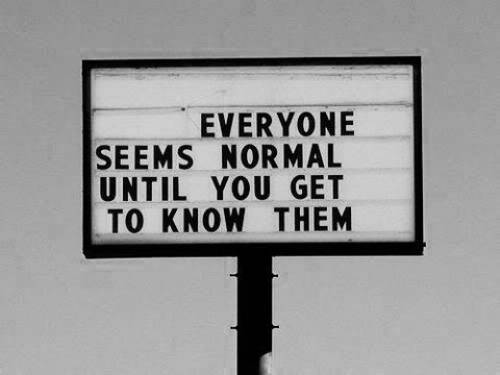 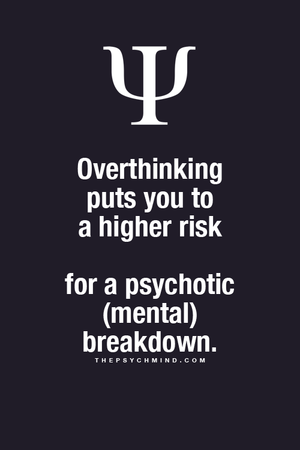 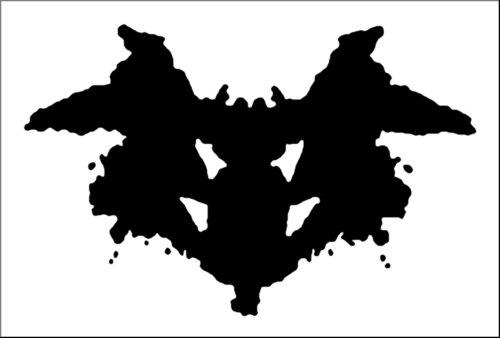