5
blonde jokes
posted by karpach_13
Death Row in Women’s Prison
Three women are about to be executed. One’’s a brunette, one’’s a redhead, and one’’s a blonde. The guard brings the brunette forward and the executioner asks if she has any last requests. She says no, and the executioner shouts, “Ready! Aim…”
Suddenly the brunette yells, “EARTHQUAKE!!!”
Everyone is startled and throws themselves on the ground while [...]

Jamaica
A blonde gets on an airplane and sits down in the first class section of the plane. The stewardess rushes over to her and tells her she must move to coach because she doesn’t have a first class ticket. The blonde replies, “I’m blonde, I’m smart, I have a good job, and I’m staying in [...]

Blonde at a strip mall
What did the blonde say after he went to the strip mall?
“I was disappointed. Everybody else had their clothes on.”

Car hangers
Why do blondes keep hangers in their cars?
In case they lock themselves out.

Blonde cop
A blonde woman was speeding down the road in her little red sports car and was pulled over by a woman police officer (also a blonde). The cop asked to see the blonde’s driver’s license. She dug through her purse and was getting progressively more agitated. “What does it look like?” she finally asked. The [...]

Best kept secret
At a dinner party, several of the guests were arguing whether men or women were more trustworthy. ‘No woman,’ said one man, scornfully, ‘can keep a secret.’
‘I don’t know about that,’ answered a blonde woman guest. ‘I have kept my age a secret since I was twenty-one.’
‘You’ll let it out some day,’ the man insisted.
‘I [...]

Alligator shoes
A young blonde was on vacation in the depths of Louisiana. She wanted a pair of genuine alligator shoes in the worst way, but was very reluctant to pay the high prices the local vendors were asking.After becoming very frustrated with the “no haggle” attitude of one of the shopkeepers, the blonde shouted, “Maybe I’ll [...]

Hawaii
A blonde called in inquiring about a travel package to Hawaii. The agent explained their limited travel range. After going over all the agent’s information, she asked, “Well, could I fly to California, and THEN take your train to Hawaii?”

Game of Intelligence
A blonde chick found herself sitting next to a lawyer on an airplane. Bored, the lawyer kept bugging the blonde wanting her to play a game of intelligence (lawyers like easy prey). Finally, the lawyer offered her 10 to 1 odds, said every time the blonde could not answer one of his questions she owed [...]

Drivers Licence
A police officer stops a blonde for speeding and asks her very nicely if he could see her license.
She replied in a huff, “I wish you guys could get your act together. Just yesterday you take away my license and then today you expect me to show it to you.”
deathding, Tdinoahiscute4 and 3 others like this
kitty190123 I am a smart blond! All you other blonds, I hope you feel the same!
5
Anecdotes of Stupidity
posted by karpach_13
Overheard this on a London bus:
First Woman: "I don't know what to get Fred for his birthday."
Second Woman: "Why don't you get him a book?"
First Woman: (after a moment's thought) "Nah, he's already got a book."
At the fish hatchery where I work, we have a small display that describes the now-extinct Michigan Grayling (a kind of fish). This summer, I had the following conversation with a tourist:

I've probably made more, but they've since been forgotten.
6
:)
posted by sapherequeen 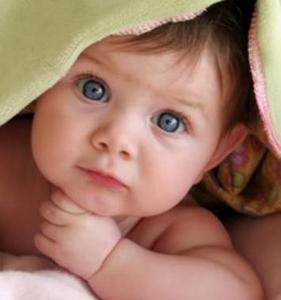 :)
I just want to take the time to thank everyone here who has known me, been on my side, is a fan of me, cares about me, etc. :)

I appreciate every single person here, and despite my being very moody at times, I will always care for those who feel the same towards me :D

I noticed that I've been very...unpleasant on Fanpop towards some people, and I apologize for that. All I could say was that I was in the Darkest Time of my life, and it consumed me entirely. But now, that will change >:)

I am me again. I love and respect those who have always been there for me, were kind to me, are my fans, and appreciate each and every one of you for the rest of my life :)

I love you all! Have a beautiful, wonderful day :D 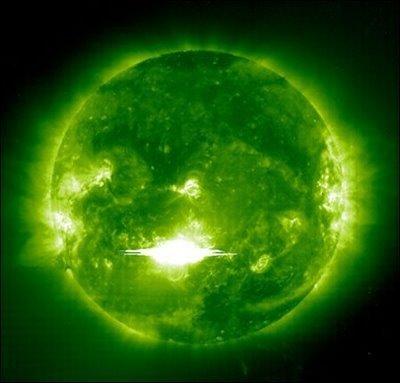 -LOL!-
5
ajl lying about making the random spot
posted by jefferyw52
I'm sure you've read the article by jedigal1990 that ajl said he made the random spot but he joined in September (2009). I think you should just give him props to tell him to just tell the truth and say he didn't make the random spot. jedigal1990 and BellaCullen96 sent messages to her to tell the truth. She never responded. Even I sent her a message and a couple of props to please tell the truth and she never responded back. www.fanpop.com/fans/ajl type that in the address bar. Please do not yell at her. Please be polite.
2
Mysterious love chapter 7
posted by lilred96
Mysterious love
chapter seven


After art I said good bye too mathew,and started toward my car.

I was in the hall walking when I was overwhelmed with a feeling of being watched.
I looked behind me no one was there,so I kept walking.
I finaly reached my car but I was still feeling...watched.
In a painick I turned around real quick but still no one was there.
I thought I was going crazy.
but I got in my car fast and was ready to get out of there in a hurry I forgot my keys in my locker.
So I slowly got out and made my way too the door right before my principal locker the door she looked at me and said...
continue reading...
8
Some Ways to Save the Earth
posted by Mallory101
1. Recycle aluminum and glass.
2. Buy energy efficient appliances
3. Run clothes washers only when fully loaded, but don't overload
4. Plant a tree
5. Do all ironing at one time
6. Buy recycled paper
7. Buy low wattage or compact fluorescent light bulbs
8. Turn off lights that don't need to be on
9. Use cold water instead of hot
10. Use small ovens or stove-top cooking methods instead of your large oven
11. Bring your own reusable bags to the grocery store
12. Write companies urging them to use paper rather than plastics and styrofoam
13. Buy products that will last
14. Support environmentally conscious...
continue reading...
13 Awkward situations
posted by t_direction
1. Having to go around the room and say a fun fact about yourself. (And the moments spent waiting for your turn.

2. Someone tells you something that you already know because you Facebook stalked them, and you have to pretend it’s the first you’ve heard of it.

3. Having to poop in a crowded restroom.

4. AND people you know saw you go into the stall and will know it’s you.

5. Saying “hi” to someone as they pass but it comes out a whisper and they don’t hear you.


6. When you’re the last person to get passed the sign-up sheet in class and you have no idea what to do with it after you sign...
continue reading... 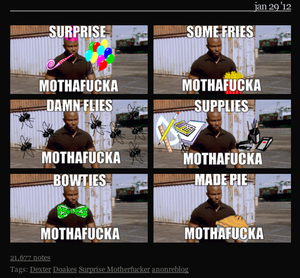 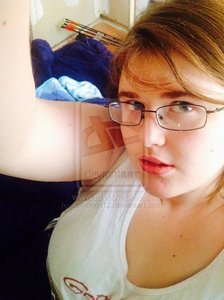 I believe i was born for artistic purposes. There was a point in my life where I was about to give up. I would stay up in my bed all night and write suicide notes. Highschool wasn't doing shit for me.

But then, I opened my eyes and saw something beautiful, a chance to make things right. to make my mother proud.

My brother is in college. Art college. He is studying game effects. He was my rolemodel in the art department, even though he's bully me in his free time. I would admire his drawings he'd make. He was a huge Dragon Ball nerd, and he's always be trying...
continue reading...

It's so pretty~
added by Panda-Hero
Even if you don't appreciate anime or Japanese music, you must listen to this. There's no lyrics, it's just plain pretty.
video 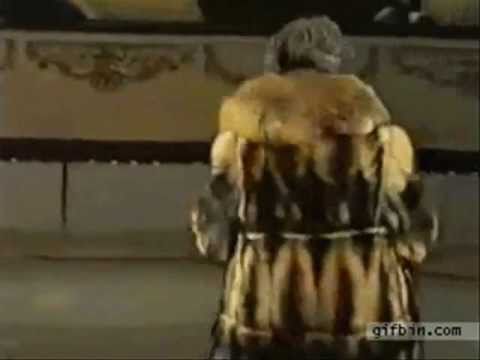 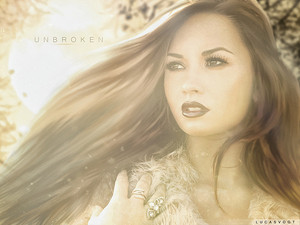 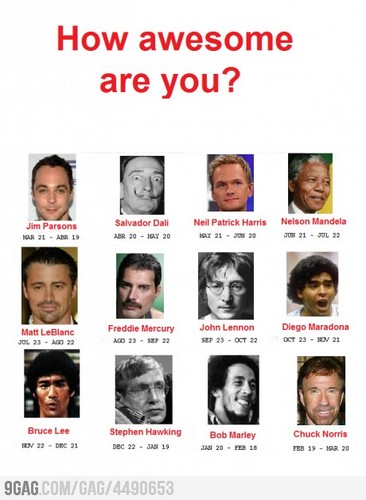 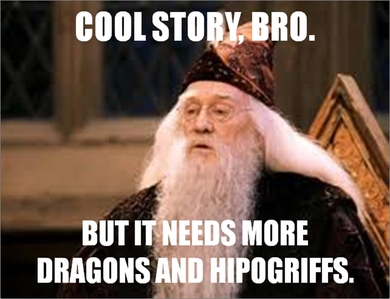 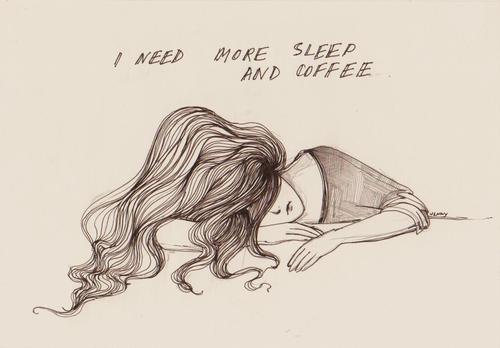