3
Mending Hearts
posted by zanhar1
First Swan Queen fic! I hope you guys like it.

At the very top of the morning Snow white declared that Regina was no longer fit to care for Henry, nor was she ‘stable’ enough to see him again. On the same morning, no less than 3 minutes apart Mother Superior informed Regina that she was to deadly to harbor magical abilities. She promptly stole the woman of any magic she had. Emma had expected an extreme reaction from Regina, but not a reaction quite like the one to come. When everyone had cleared, the woman fled to her Mercedes at a shockingly fast pace, for someone wearing heels. Madame Mayor was full of surprises that day as she slammed her foot against the accelerator and sped off at such a speed she managed to lay a set of skid marks along the cracking blacktop.

Upon her arrival home Regina found herself in her bedroom, door closed. Her eyes burned and the back of her throat stained from holding back tears. She couldn’t let Ms. Swan of all people see her cry. And still, in the privacy of her home, the woman continued to choke back tears. She had dignity—or at the very least—self-control, she would not cry. But despite all attempts a tear worked its way down her cheek, and then another. Regina let herself slide down the door to the carpet below. She drew her knees up to her chest hugging them tightly. At this point any attempt to save herself some face was feeble; she buried her head in her arms and let the tears fall faster and fast until her cries became sobs so violent her body shook. Snow White had taken everything from her starting with Daniel, and then her mother, and then her son. And of course she couldn’t leave it at that, the insufferable woman had t convince Blue to take her magic as well. Regina Mills had nothing left. Nothing to live for.

Emma gave there hard knocks on the door, and then a fourth whether it was just for good measure or just to be obnoxious and “intolerable” to the woman inside (as usual). Three minutes of waiting gave Emma no response. “The mansion is pretty large.” Emma mused. She rang the doorbell—of course not settling for just once—thrice. She tapped her foot against the cement. “Come on Regina…” She muttered. It was around the fourth minute Emma noticed a wave of discomfort wash over her, something was off. Noting the Mercedes parked in the driveway Emma was sure the other woman was home. “Damn it Regina.” The blonde mumbled aloud. She turned in the direction of the bug, but the further she retreated from the mayoral mansion the larger the wave of dread grew. At last it was strong enough for her to not only storm back up to the mansion, but to kick the door in and walk inside. “Regina!” She hollered quite loudly. The only response to come back was her own voice echoing across the mansion. “Damn it.” Emma hissed again as she ascended the stairs. She came to what she assumed was Regina’s bedroom. And based on the soft cries she was pretty certain Regina was behind the door. Emma tried opening it with no luck. “Come on Regina, I know breaking into your house probably wasn’t the best way to earn your undying affection, but please let me in.” Emma pleaded.
“Get out of here Ms. Swan.” The woman behind the door growled between choking breathes.
“I’m not leaving until you open this damn door and talk to me!” Emma declared, finding that her voice had doubled in volume. This time no response came but sniffling form the brunette. For a good second Emma though Regina was actually going to let her in. But as a few minutes slid by Emma realized it wasn’t going to happen. “Regina, please.” Emma said more softly.
“Get. Out. Of. Here.” Regina shouted. At that, Emma attempted to kick down the door. Normally this would have worked, but a startled cry from Regina indicated that—much to Emma’s inconvenience, the woman had seated herself in front of the door.
“Really!” Emma remarked. “Okay fine, I didn’t want to have to do this…” Emma closed her eyes and visualized the interior of Regina’s bedroom, and focused on transporting herself in there. Upon opening her eyes once more she found herself looking down at Regina. The woman was a mess; her makeup running down her cheeks, hair ruffled and tangled, clothing unnaturally (for her) wrinkled. If Emma ever wanted a spot on visual example of ‘ugly sobbing’ the woman before her was certainly displaying it. Regina sucked in a deep breath and stood up. She swayed slightly, dizzy from just how many tears she had shed—and yet they streamed down her cheeks. God knows she tried to stop crying in front of the blonde. She looked the woman straight in the eyes before plugging her hand into her own chest and ripping her own heart out. “Shit! Regina! What are you doing? You put that back right now!” Emma practically shrieked.
Regina continued to eye Emma, and quite viciously at that. “And why, Ms. Swan, should I do that?” She paused to draw another shaky breath. “When it would be much easier to just squeeze and end it all.”
“Because isn’t it a bit…” Regina didn’t let Emma finish.
“Selfish? Quite the opposite really. We both know they…everyone in this damn town wants me dead. They just can’t risk losing their halos in killing me themselves. I’m doing everyone a selfless favor.” Regina hissed.
“Come on Regina…” Emma whined.
“’Come on’ what!? I don’t have anyone one or anything to live for. At least I have someone waiting for me in death.” Regina tears had slowed at this point.
“What if…what if I could give you something to live for?” Emma asked.
“Excuse me?” Regina gave a bitter laugh. Emma without another thought pulled the mayor into a rather impulsive kiss. One that she held out for a considerable amount of time before the Regina jerked away. Emma’s face flushed as Regina gazed upon her, breathing quick and softly. But to Emma’s surprise the woman’s facial features seemed to relax.
“Regina Mills.” Emma cupped her hand over the brunette’s hand (the hand still gripping a beating heart). “Put it back.” She breathed, lightly pushing Regina’s hand closer to her chest. Even more to Emma’s surprise, the woman nodded and placed her heart back where it belonged. “I promise, I’ll help make things better.” Emma assured Regina, as she tried to soothingly rub her back. Regina gave a small smile, one that Emma failed to notice.
HollyZdog, Dakota8u and 1 other like this 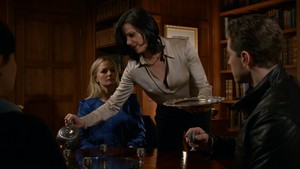 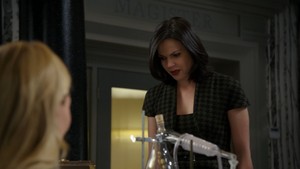 2
Unintentional much?
added by LLheart 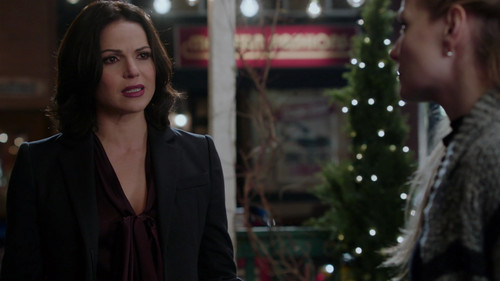 1
Order of importance for Emma
added by LLheart 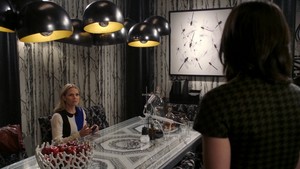 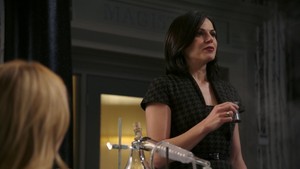 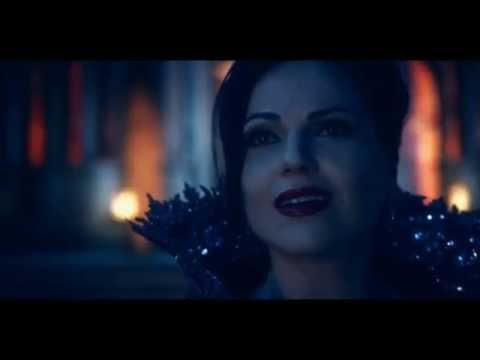 1
talking about ships
added by LLheart 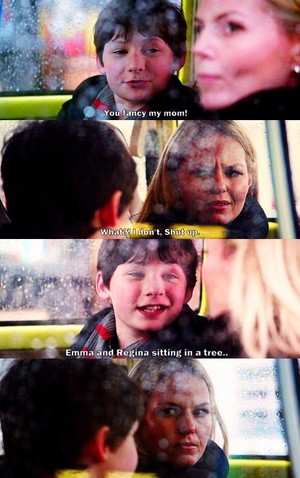 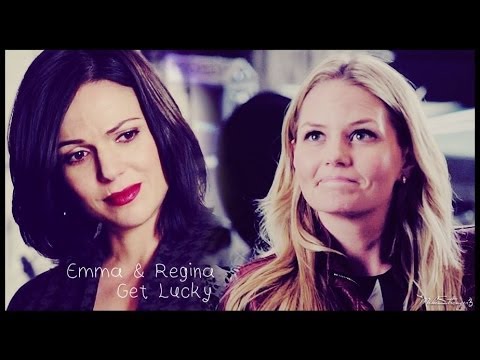 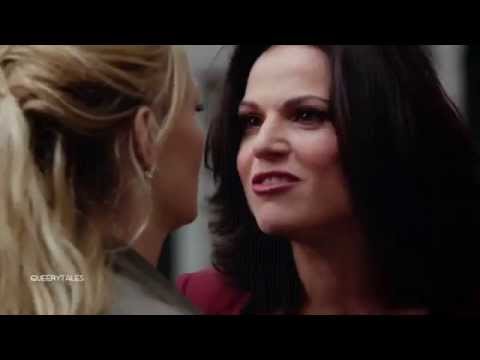 "Might Like You Better" - Emma and Regina (SwanQueen)
added by LLheart
All Credits go to Queery Tales on YouTube.
video
once upon a time
swan queen
lana parrilla
regina mills
the evil queen
jennifer morrison
emma swan
the savior 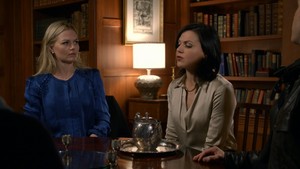 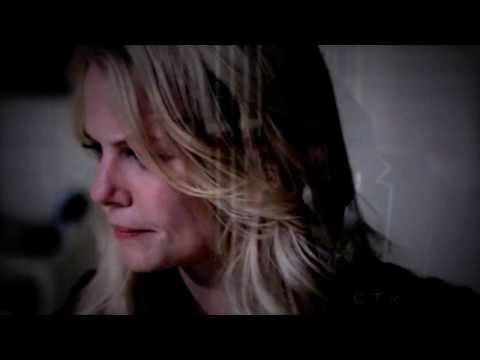 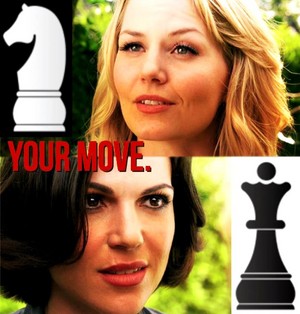 1
Knight vs Queen
added by LLheart 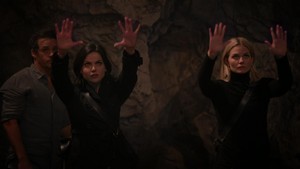 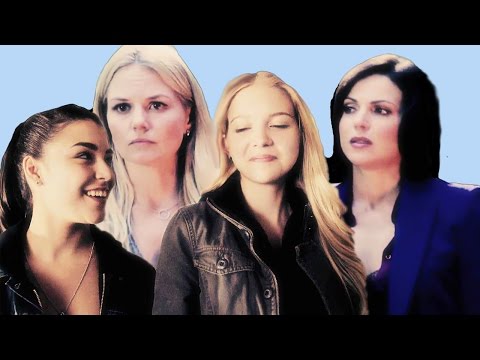 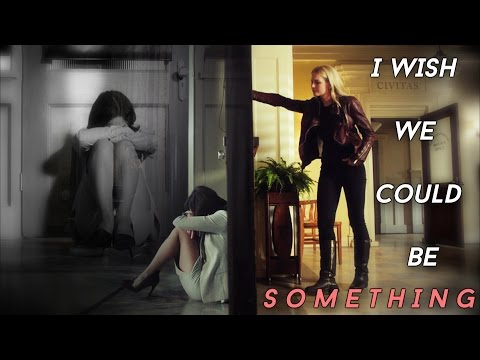