1
Why I Can't Kill You
posted by zanhar1
Regina stood with her heart practically beating out of her chest, and for many reasons in just that one moment. The Queen stood only a few feet away from Emma. And Regina had only left the blonde alone for a few minutes.
Dread filled her from head to toe because she knew that it would happen just as it had all of the other times like with the Count and Hyde and many more. The Queen had her corned; always two steps or more ahead.

Regina closed her eyes, that helpless feeling taking over.
She watched the Queen slink in closer to Emma, slow and dangerous like a lioness closing in. Regina was going to lose her.
Going to lose Emma and it would be her own fault. Again.
Right in front of her, she would lose another. Again.

But she’d be damned if she let Emma go down without a fight. Even if it was a short one. Swallowing back any fear or doubt, Regina walked towards the scene with her head held high and a certain fire in her eyes.

“She loves you, you know that right.” Regina heard her own voice cut the air like fine satin and that fire died out. She came to a halt where she stood, just out of eyesight but just within ear shot.

The Queen circled around Emma. “I’ve been watching you both for some time now, looking for ways to bring you down before you could bring me down.” She paused a few inches from Emma’s face, her hand over Emma’s heart. A heart that seemed all too exposed now. Regina wondered why she hadn’t cast a protection spell over it. She felt that fire reignite once again.

“And now I can’t even kill you, because I know that look. I’ve seen the way she smiles at you.” She cast a cast a look in Regina’s general direction. The mayor scowled to herself, of course the Queen knew she was there. She always seemed to know. And so she slipped out of her hiding place, head low, arms clasped in front of her.

“Regina!” Emma called out. “Regina, what’s she talking about.”

“I’m telling you the truth.” The Queen with a slight laugh, her lips curling into a soft smile.

“The truth?” Regina muttered. “What are you really doing?”


This time the Queen laughed more freely. “Why, I’m saying all of those things you can’t bring yourself to say, dear.” She moved closer to Regina, “not without me to help you anyhow.” She turned her attention back to Emma. “Now, where were we?”

“I believe you were just saying that you couldn’t kill me.” Emma was quick to offer. “I do like where you were going with that, so let’s stay on track.” She gave her best fake smile.

“Yes. Let’s.” Again she closed in on Emma, throwing an arm out to keep Regina out of the way. “I can’t kill you because I know how she looks at you. And I know the look I’ll get if you die…” She trailed off, a flicker of pain shadowing her features, “it’ll be the same one I gave my mother when she killed Daniel. I can’t…I don’t want to see it again.”

Regina stood there hardly breathing, her rigid posture a perfect mirror of her counterpart’s. The air around them seemed to chill, time coming to what seemed like a halt save for the gentle and chilly beating of a misty autumn shower.
Regina blinked, longing to burrow further into her coat, but all the same, not daring to move. For some reason moving seemed inappropriate.

“Wha-what?” Emma asked, that all too familiar tremble in her voice. Such a confused tremble.

“She loves you.” The Queen repeated, this time pointing a trembling finger at Regina. “Trust me, I know.”

Regina opened her mouth to speak, instead she found herself swallowing down that uneasy lump that had formed in her throat. The same uneasy tickle that seated itself in her belly.

“Regina…?” The word fell from Emma’s lips, posed as a question, left hanging there on the chilly breeze.

The woman in question looked up with brown eyes.
Sad, soft brown eyes.

“She loves you. She’s loved you for a long time. And she was going to let you go.” Emma recognized that tone. Low, shaking, and mournful. The Queen’s lips pulled back in that angry and sorrowful scowl. Eye’s watery but with a livid gleam. “She did let you go.” The Queen fixed her glare on the other woman. The woman who still refused to meet her own eyes.

“Why would she say that?” Emma asked, “is she trying to make things worse for Hook and I?”

At this the Queen unleashed a bitter cackle. “And where’s the pirate now?” She threw her arms out to the sides in some grand and dramatic gesture. “Is he here protecting you?” She allowed Emma only enough time to render the question. “No! But I am, she is. She’s not afraid to throw herself between the two of us, but she is afraid to tell why that is.” The tears were now gone from the Queen’s eyes. “So do it.” She growled, plunging her hand into Emma’s chest. “I want her to hear it from your lips, tell her why!” Her voice rose from that low drawl to a commanding shout. “Tell her why or I’ll crush her heart.”

Regina felt a tear run down her cheek. Her head dipping lower than before. More tears. The words seemed caught in her throat, and when she opened her mouth only a strangled sob escaped. Emma could see her shoulders trembling.

“I said tell her!” The Queen flexed her hand.

Emma let out a sharp cry gasping for air that refused to come.

“I love her.” Regina whispered, her gaze never moving from the drenched pavement. Her eyes found a particular puddle and she was determined to keep them fixed there, watching the little ringlets that rippled with every drop of rain.

“What was that?” The Queen cupped a hand to her ear. “I thought I heard something…must have been the rain.” She gave Emma’s heart another squeeze.

Telling herself to focus on the puddle, Regina willed the confession back to the tip of her tongue only to be caught off guard by Emma’s undulating reflection. “I love you.” She repeated a little louder to Emma’s reflection.

“Aww, I’m flattered.” The Queen stuck out her lower lip and put her free hand over her heart.

Clenching her teeth, Regina finally looked up. “Not you. Emma.”

The Queen withdrew her hand. “See, was that so hard dear?” That wicked delight filling her eyes.

Emma found herself staring at Regina, her own eyes wider than they’ve been in a long time. “Is that? Are you telling the truth?”

Regina nodded, she lowered her head again in a sorry attempt to mask the blush creeping warmly over her cheeks.

The Queen brought her hands together in a swift clap, “well then, I came here to expose untold stories, now you have one. Do with it what you will.” Satisfied with the shock clear on Emma’s face and the color in Regina’s cheeks, the Queen vanished in a puff of purple. Leaving in her wake, a heavy silence.

For a long while the only sounds consisted of rain on the pavement, the cry of a pigeon, and an occasional clasp of thunder…the dying breath of a storm now passed. Regina fidgeted with her gloves, nearly content with the lack of conversation. But all the same uneased by it.

“Why didn’t you say something?” Emma finally asked.

Regina bit her lip. “You seemed happy w-with him.” She sputtered. “I didn’t want to” she stopped to consider her words, “complicate things for you.”

“Regina, things have already been complicated for us. They have been since the dagger thing. Between the lying and the sneaking around. And the finding things out from third parties…” she glared at the spot where the Queen once stood. The woman’s foot prints in the mud still had yet to be washed away. “After the whole scissor thing. I don’t know, I just haven’t felt the same connection with him.”

“In other words?” Regina asked.

Emma brushed her thumb over the scar on Regina’s lip. Regina took in a nervous breath. Before the mayor had time to throw her wall back up, Emma placed her lips where her thumb had just left. She held them there for a while, her arms wrapping tightly around Regina’s slender from. She felt the woman’s heartbeat quicken and then hesitant arms curl around her. Emma moved her head back and let Regina’s rest on the crook of her neck. Stoking the woman’s hair she answered, “that’s how I feel.” 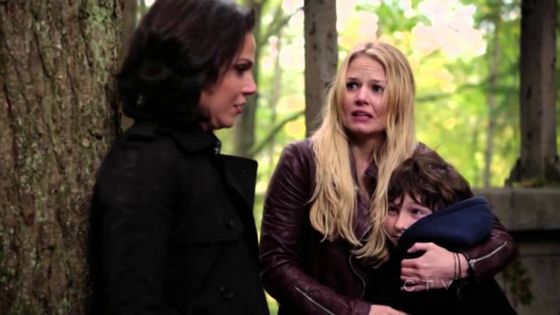 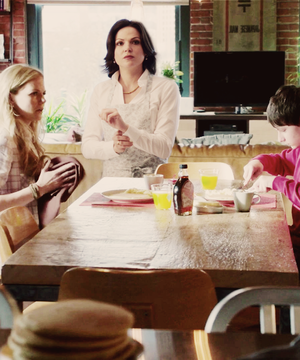 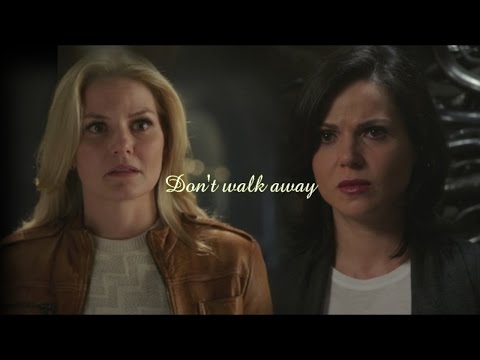 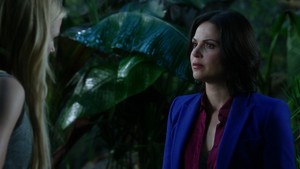 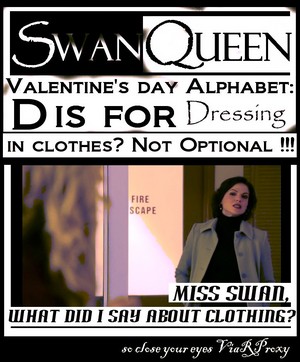 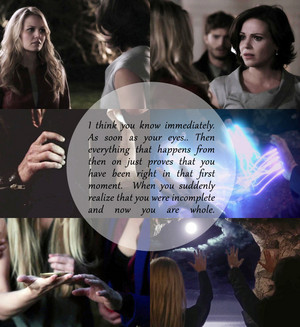 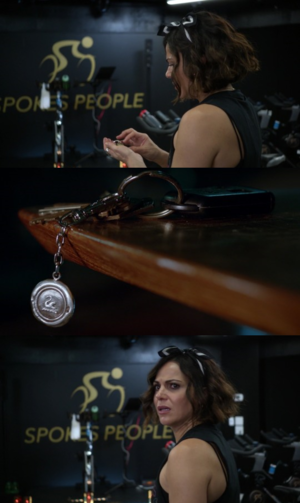 Once upon Swan Queen moments
added by LLheart 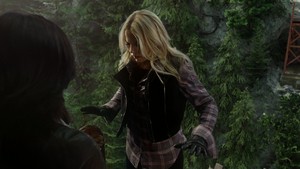 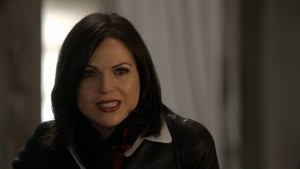 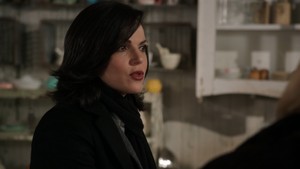 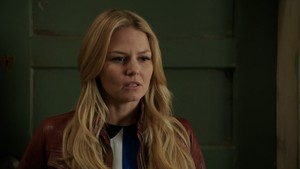 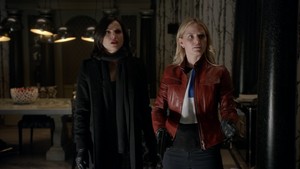 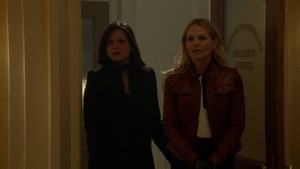 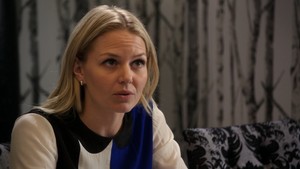 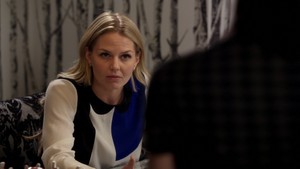