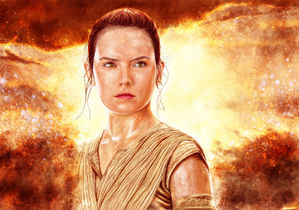 1. The Star Wars saga is, essentially, the Skywalker family saga. It'd make more sense for the main character of the sequel trilogy to be related to that family, rather than an unrelated Palpatine (though I did like the idea of her essentially adopting the Skywalker name at the end).

2. The Star Wars saga is also a story of redemption through familial love. It'd make more sense for Kylo Ren/Ben Solo to be redeemed by his sister than a random love interest.

3. Her outfit and hairstyle in The Force Awakens are reminiscent of Leia. Though such things are obviously not genetic, they are often used in films and TV series as a means of connecting characters and suggesting a relation.

4. Her strength in the Force made most people assume that she'd belong to the most well-known Force-sensitive family in the series. Even though tying her to Palpatine does explain her strength, it'd be even better to make her be related to at least four different known Force-sensitive characters rather than just one.

5. When we are shown Rey's home in Jakku, we see that she has an old doll dressed as Rebellion pilot. This would possibly suggest that she came from a family who were members of the Rebellion.

7. She and Han are often finishing each other's sentences when they first meet. This is often used as a means of suggesting a connection between characters.

8. Han's reaction when she claims not to have known there was so much green in the whole galaxy looks as if he's thinking, "what have we done to you, my child?"

9. Han later gives her a weapon to defend herself. The scene is far more poignant and emotional than the equivalent scene of him giving a weapon to Finn. It's almost like a scene of him enabling his daughter to protect herself.

10. As Kylo Ren pointed out, Han was the first character Rey looked to for a father figure. It'd be ironic if he actually did turn out to truly be her father.

11. Maz tells Rey that the belonging (her family) that she seeks is not behind her but before her. She later meets Leia and Luke.

12. At the end of The Force Awakens, it'd make more sense for a newly widowed Leia to hug her long lost daughter than for her to hug a stranger.

13. It'd also make more sense for it to be Luke's own niece, and the sister of the last student whom he failed, to be the one to bring him back out of his exile, rather than some random Force-sensitive stranger.

14. After The Force Awakens, Rey effectively inherits the Millennium Falcon. That would be more fitting for his long lost daughter than for someone with no connection to him.

15. It'd make more sense for Anakin's light-saber to be found by Rey and to later be summoned by her if she were descended from him. It's another case of inheritance.

16. During Rey's flashback vision in The Force Awakens, the lights of the ship seen flying away resemble those of the Falcon. When the scene is repeated in The Rise of Skywalker, this has been altered. It was obviously a hint that her family were on that ship, leaving her, and it was later retconned to prevent Rey and Kylo Ren from being related.

17. It'd make more sense for Rey to have been dreaming of Luke's whereabouts for years if she was related to him. If it were only the strength of the Force there calling to her, the same should have happened to other Force-sensitive individuals too.

18. Luke even compares Rey and Kylo Ren, saying that he'd felt the same raw strength in both. This would fit them being siblings.

19. Both Kylo Ren and Snoke claimed that the truth about her parentage would lead her to the Dark Side. This could be based on the betrayal of learning that the allies whom she admires and loves were actually the same ones who abandoned her.

20. It'd be another example of the Star Wars series sinking a ship by revealing that the characters are actually siblings, though in this case with more foreshadowing. 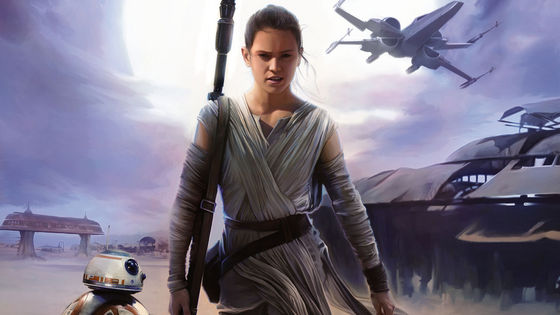 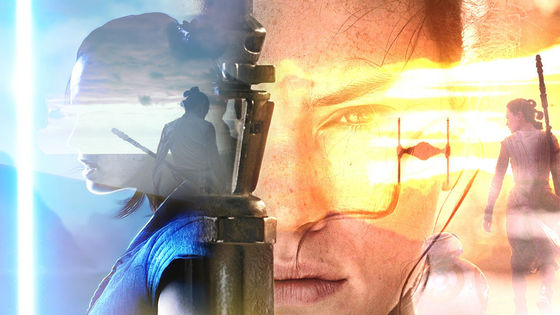 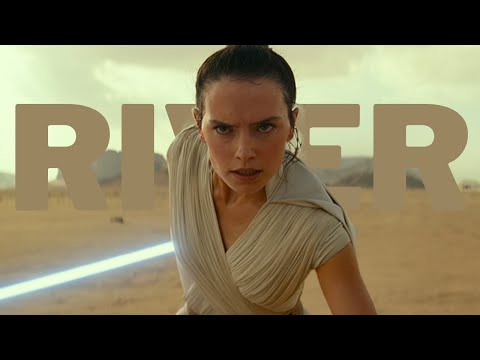 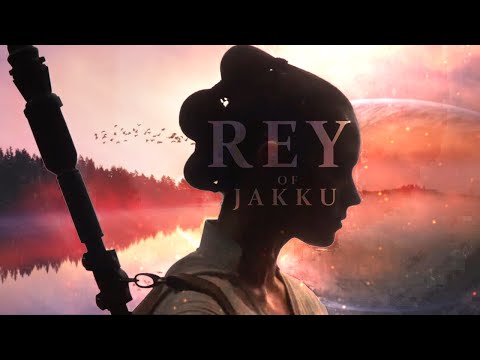 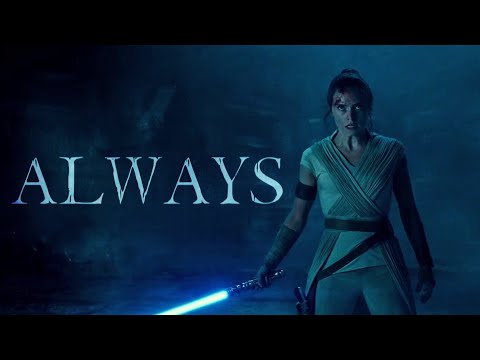 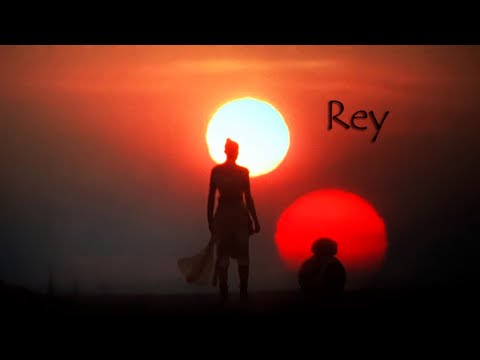 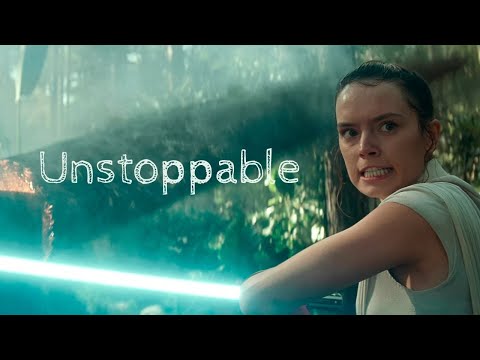 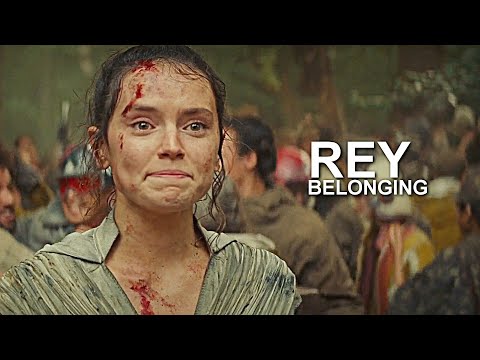 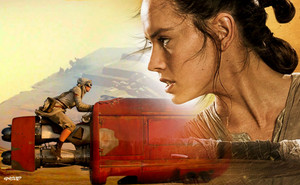 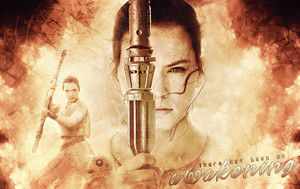 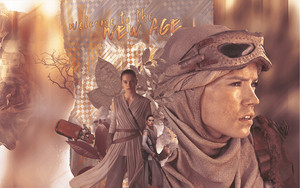 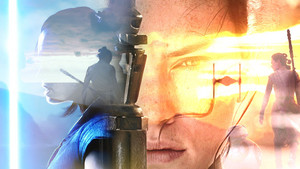 Rey Wallpaper - Out Of Nowhere
added by LowriLorenza89
Source: https://www.deviantart.com/questforlanterns/art/Out-of-nowhere-732494852 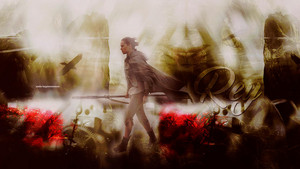 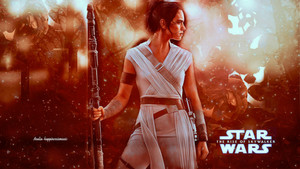 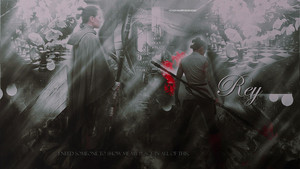 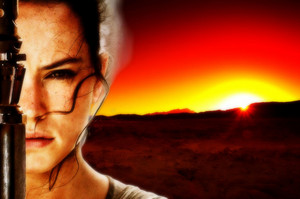 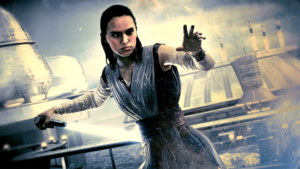 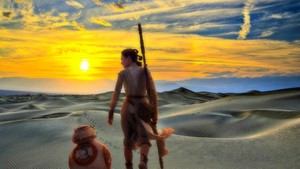 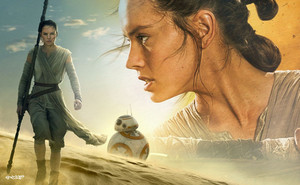