FULL TRANSLATION Of Robert Pattinson's NEW Interview With Elle Magazine (France)
posted by NickelodeonLove
From blockbusters to indie movies, the heartthrob reinvents his career.
Starring in 'Life' by Anton Corbijn, he talks about fame, burgers and vampires. We have all dreamed of his fangs planted in our necks. But this fantasy is now over!

Robert Pattinson, the sexiest vampire, favorite topic of all the paparazzi since 'Twilight', has completely performed his metamorphosis. Two chic movies with David Cronenberg 'Cosmopolis' and 'Maps to the Stars', then 'The Rover' by David Michod, an amazing road trip in the Australian desert, made him change.
As if after the 'Twilight' phenomenon, the indie movies allowed him to affirm serenely his talent in acting.

In 'Life' by Anton Corbijn ('Control', 'A most wanted man...), in theaters on September 9, Robert Pattinson plays truthfully the photographer Dennis Stock, a friend of James Dean (we owe him the famous pictures taken in New York and in the farm of Indiana where the 50s' idol grew up).
About to fly to Colombia where he will pursue the filming of 'The Lost City of Z' by James Gray, Robert Pattinson talks with us on the phone. The voice is intense, joyful and the laugh is generous. Keep Calm!

You are one of the most photographed celebrity in the world. Did you enjoy to play a photographer? (Laughs) we must put things in context. In the 50s you didn't become photographer like today with mobile phones, it was necessary to have technical knowledge .... It was a job that was practised with nobility.

How did you practise?
Anton Corbijn gave me a Leica from 1944 and told me: Try to make him a friend, and see it as an extension of your hand because you will not leave during the shooting!

You took some pictures?
Yes. It was a disaster. I didn't want to show them to Anton (laughs. Anton Corbijn is a very reputed photographer)

Watching the trailer, we wonder if you would have prefered to play James Dean?
Absolutely not. Dane DeHaan is perfect for the part. Me, I never had a passion for James Dean. When I was looking for heroes to whom identify myself, James Dean was not one of them. He belonged to another time. I didn't look like him at all. However Dane knew all about him before the movie.

The friendship between the two men is interesting ...
My character, Dennis Stock, is only 3 years older than James Dean but he lost all his innocence. He is already a father, with responsibilities, his aim is to become an artist. He wants to devote 100% of his time to photography, and a wife and children are not part of the journey.

Whereas James Dean is still a teenager ...
He is a born artist. He is a born artist. The world of children is familiar to him. In any case he shares their imagination. There is this magic scene in the farm in Indiana where my character is taking pictures of James Dean playing with his young cousin. I loved this scene because I had to show the envy and jealousy.

If James Dean was still alive, how would he live his excessive media coverage?
Badly, of course. What is happening nowadays can make you crazy.

And you? How do you cope with this situation?
What is terrible is that i became famous when the world changed. In 2008, everybody had a cell phone, it was the explosion of social networks. As results, the margin of freedom to protect the private life has become ultra thin. Not only were all these paparazzi camping outside my house but this new horde of fans who relayed information on social networks. It became unmanageable.

Has your personality changed?
At some point I became paranoid. I went no more out of my house in Los Angeles. It was hell. At the same time I was aware of the ridiculousness of the situation. It made no sense.

What is for example the worst thing someone has said about you?
It's going to make you laugh but as a British, to hear someone say I'm American is the worst insult! I am English! Let it be known once and for all!

Does your past relationship with Kristen Stewart has suffered of this?
I preferred not to broach the subject.

You left Los Angeles to live in London. Is this love that made you change countries? (He is in a couple with the English singer FKA Twigs)
(Laughs) Actually, i live between Los Angeles and London. But being in London is a pure delight. They leave me alone! It's the same everywhere in Europe. The other day i was strolling around Paris, and nobody bothered me!

Did you get in touch with French directors already?
Yes! For a great project, but i can't talk about it because it is not signed yet. But I dream of working with her.

So it's a woman?
Oh my God! I have said enough!

When one speaks of artistic metamorphosis about you, how do you live it?
It is a bit exaggerated don't you think? There has been what I call "the happy accident" that was Twilight, which allowed me to meet David Cronenberg. Work with him open me up to new opportunities.

And if you were offered another 'Twilight' movie?
Why not!

By choosing to make indie movies, you were not afraid of losing some fans?
On the contrary, I think my name on a poster rallies my fan base. I hope to awake their curiosity and show them a different vision of cinema. Don't forget that they grow up too. And they didn't want to see all their lives Robert Pattinson playing a vampire. We tend to devalue the fans. It's a mistake. The fan is an audience member like the others.

Would you say this blockbuster offered you a freedom of action on a platter?
It's undeniable. Now I am doing what i want. Like doing 'The Childhood of a Leader' with my old pal Brady Corbet. This is his first movie as a director.

It's the movie with Bérénice Bejo, isn' it?
Yes. She is great. She gave me nutritional advice: "Every morning, you can eat and drink what you want. The rest of the day you be careful." I asked him: "Even hamburgers for breakfast?" She said, "No worries, mon petit loup!"

So you are an happy "Englishman in London"? Yes! Like never before. 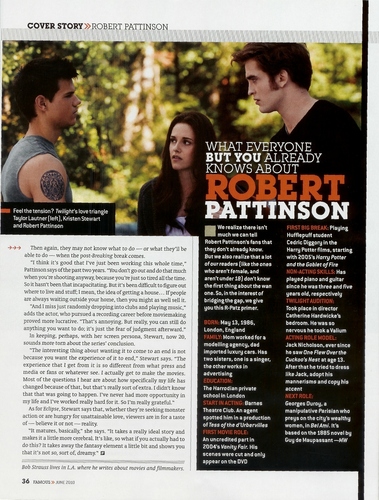 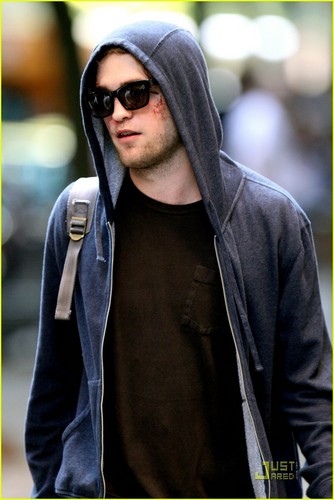 Robert on "Remember Me" Set
added by FashionVictim
Source: JustJared.com 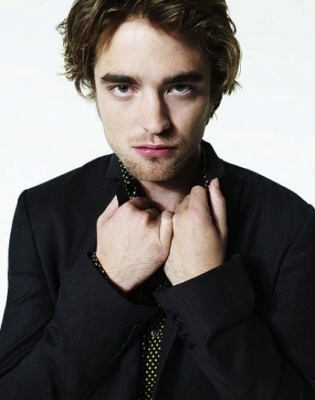 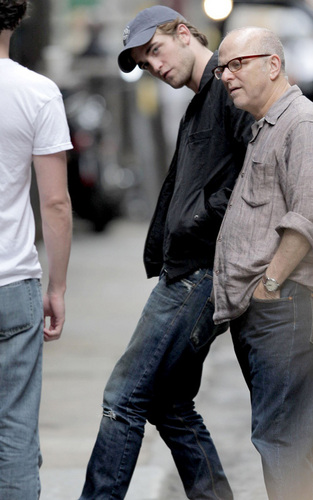 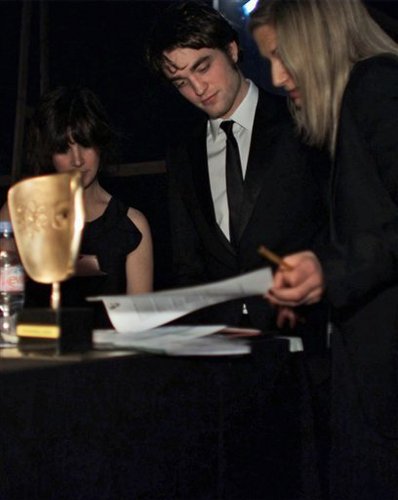 1
Rob Backstage At The Bafta's
added by orppersephone 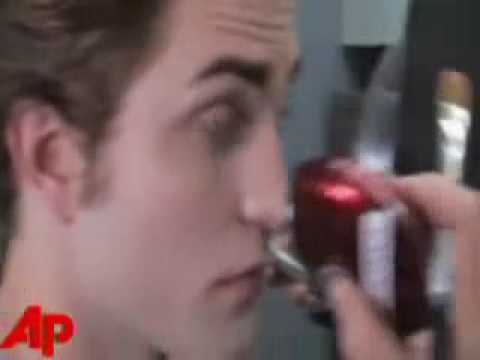 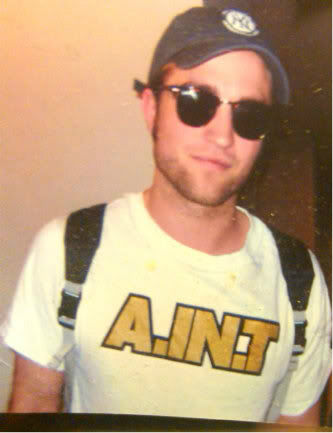 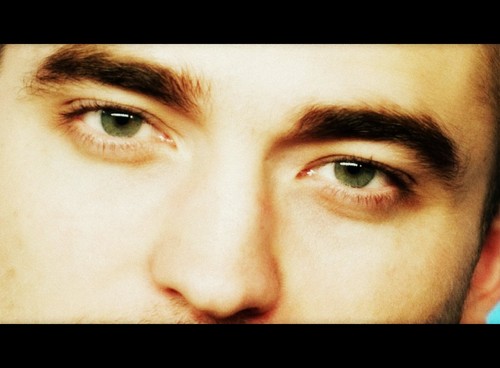 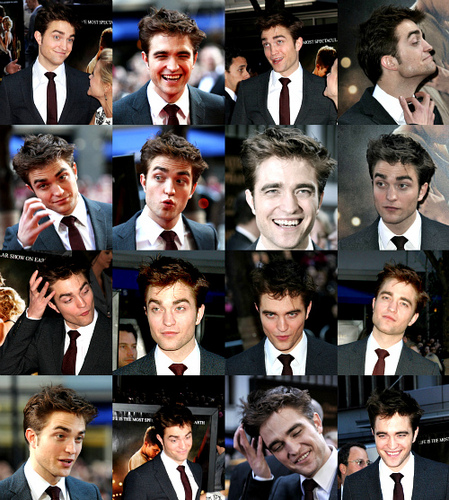 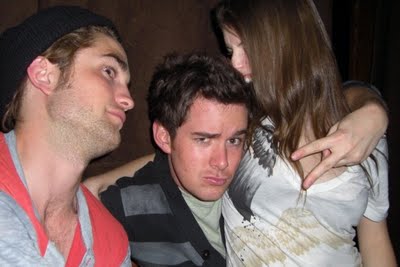 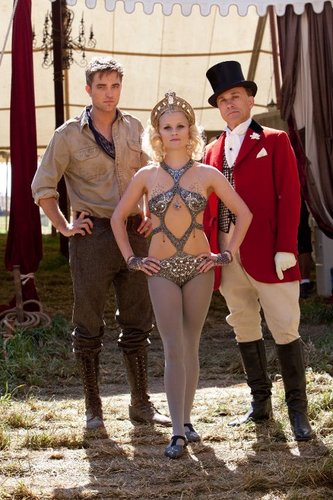 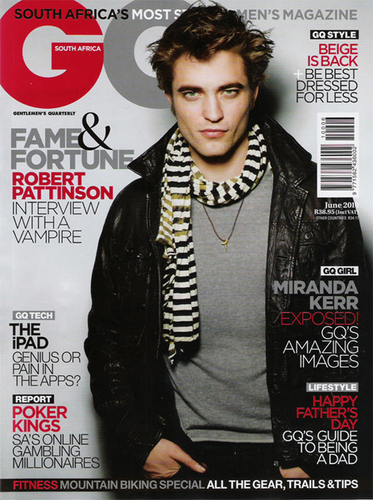 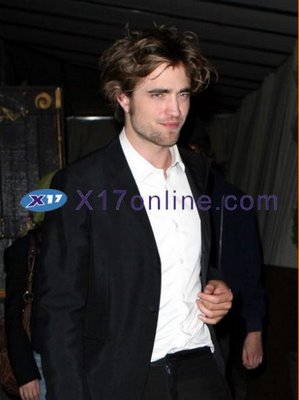 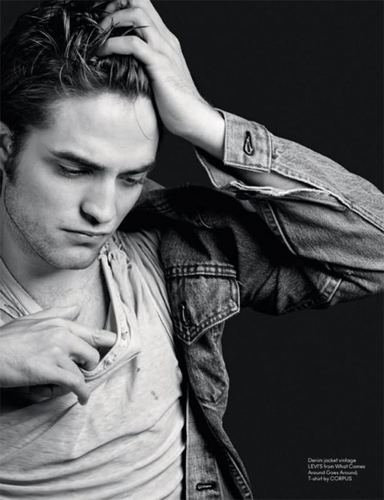 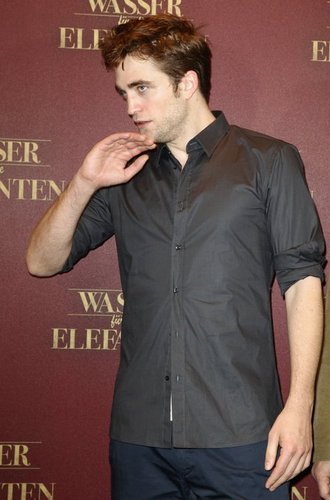 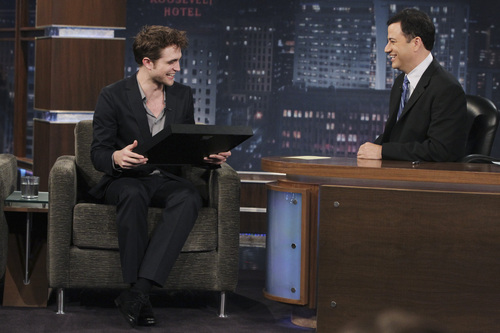 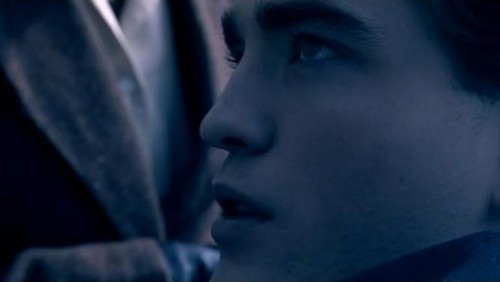