1) First and foremost, I want to Senshi's Eternal forms, the Sailor Quartet (with Eternal forms, of course), and Sailor Cosmos. These were all of the things that made the manga different and better than the anime. They were vital to the story! I think that there isn't a doubt that these will show up, being the new anime will be loyal to the manga. Toei just needs to quit being so sure their ideas are better XD

2) The Starlights to be female ALL the time. Another bad Toei idea.

3) Sailor V and Parallel Sailor Moon. These were side-mangas, so making at least a special for each would only make the anime more accurate. I want to see the tween Minako fighting for justice before she even knew she was part of something bigger. To see what happened 3 whole years before the final battle. And the run-ins she had with her future team ^_^ That got me all like, "AHH! It's Usagi! She's your princess, the daughter of "Boss" (I assume). She's your future best friend, but you don't know it yet!" I want all the excited and suspense feels. And Kousagi! She's the second daughter of our heroine. She needs a special.

4) More on the Silver Millennium and Queen Serenity. What was life like there? How did Princess Serenity and Prince Endymion meet? Why was Earth and the moon at war? Why is the gaurdian of Earth a male, not a female? Why no Senshi? Was Queen Serenity a Senshi? Why was there a civilization on the moon, as every other Senshi has a planet to guard, not a moon? More on the lives of the princesses, and how old were they even? 16? All of these questions need answers.

5) I want to see our timeline's Chibiusa, perhaps in the Parallel Moon special, not just the 30th Century one. Obviously by coming back in time and thus, creating a second dimension, Small Lady changed the future. Princess Lady Serenity even looks different than Princess Small Lady. Her pigtails are longer, and she looks older, like 15-17, not 6 up to 13. Small Lady's youthfulness makes her romance with Helios, who looks about 17, kinda creepy. I ship the couple all on, but I'd prefer that he end up with Lady Serenity like he was supposed to, not her counterpart of a different dimension.

6) More about Helios. What exactly did he have to do with Mamoru? Both were guardians of the Earth, but why? Why two and neither female? What makes Earth so special?

7) More Mamoru. He's my first and only anime crush. We need to see more of him :D

8) New, more modern artwork. I know many fans disagree with me and want the traditional, old 90's artwork, but it's 2013 now. Anime has changed and become more sparkly, pretty, colorful, and just 2013. I like sparkles and ribbons and magical looking stuff; it's a magical girl anime!

9) Shorter transformations. They were pretty and fun the first couple times, but after a while, it got old. It just seemed like space filler. I'd like a quick but still exciting transformation. Usagi shouts her command, lots of glitter and maybe a flip or two, and done. It's been made clear that transforming doesn't take long, maybe a second, so why should we watch it for much longer? Speed up all of that dancing to fit in a second, and it'd look dumb and rushed.

10) Less filler episodes. A few might be ok to show back stories and get all the romance and friendship fluff we all love, but it shouldn't be most of the anime.

11) For the sub to come out before the dub, or for no dub at all. The dub trashed Sailor Moon the first time, making it so far off from the original it was sickening to loyal fans. A dub that follows the story word-for-word (like Death Note did) would be ok, but I'd want a sub first just because dubs take too long.

12) No "naughty" scenes between Usagi and Mamoru. I know many fans want this because it was implied in the manga a few times, but that's all it was. Implied. The one before their wedding day was more than an implication, but that I can live with as long as we don't actually see anything. No hentai! I like to think that they waited until their wedding. Afterall, Usagi was supposed to be pure, and in my opinion, being a virgin (unless married) is just part of that. The anime never did imply Usagi was anything but innocent, but the manga did, and I want it to be left for interpretation at the very least. Usagi seems like someone who'd wait, to give into her pure side instead of her "I have a hot boyfriend" side, and Mamoru seems like someone who loves Usagi enough to wait, too.

13) Expansion on the story. More manga and anime to follow would be great! Maybe we could meet Senshi that we know are there (every planet has one, as revealed in StarS) but never seen. Who wouldn't want to meet Sailor Varuna or any other dwarf planet, for that matter? Anyone revolving around our sun would be in Usagi's court, planet, dwarf planet, minor planet, anything with "planet", as recently demonstrated by Pluto. I know that Pluto was considered a planet then and the change of status wasn't planned, but why not incorporate that into the story? Ceres was also declared a dwarf planet, so maybe any planet of any size (so asteroids "minor planets", too) is in Usagi's court, but they chose to fight with Chibiusa for some reason? I don't know, some explanation would be cool. And of course, the dead Senshi like Sailor Mau, should have stories. And were they reincarnated, or were new Senshi born to guard the planets? Lastly, I wanna know why the Star Senshi have totally different uniforms. Even Mau had similarities with our main Senshi, but not the Starlights. Is it because they don't guard planets? Is there a Sailor Comet?

15) The same voice actors/actresses. The original ones were great! If there's dub, they should be changed. The dub ones were horrible.

16) For some previews/teasers/trailers/anything! I can't stand the wait!

There's my wish list. What do you want in the new anime?
linhousepotter likes this
linhousepotter Great list! I want more Mamoru too (manga Mamoru). I want to see the Tuxedo La Smoking Bomber! I also want to see Sailor Cosmos. I want more Usagi/Mamoru scenes. I really want/hope to see the scene where Usagi is in Mamoru's apartment and discovers that he is Tuxedo Mask. I love that moment in the manga. I can't wait to watch Sailor Moon again!! :)
ppgcowgirl I know right! The anime's version of them finding out was still pretty cool in my opinion (Mamo's face was hilarious), but it's still a great moment^_^ 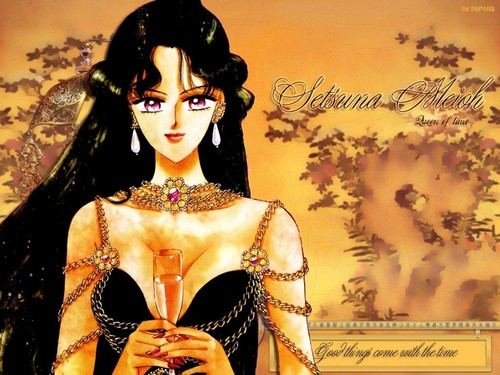 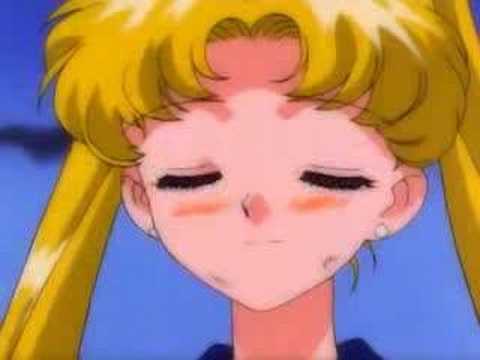 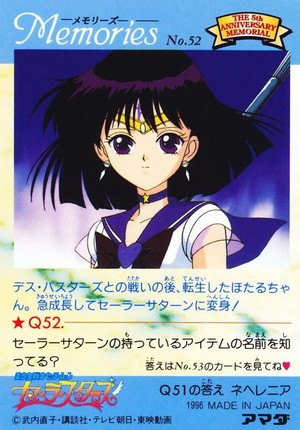 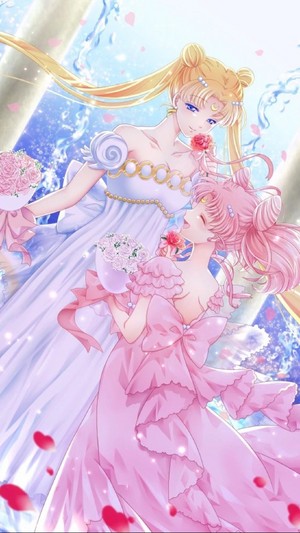 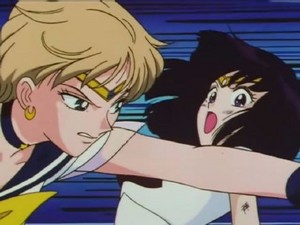 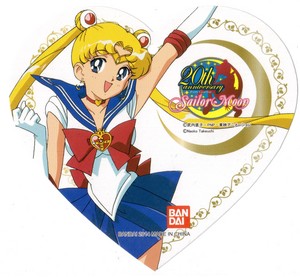 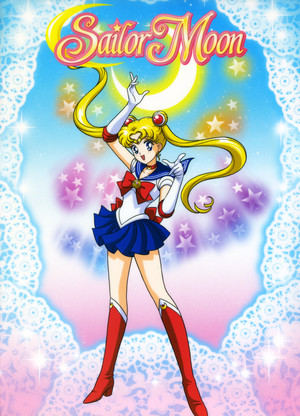 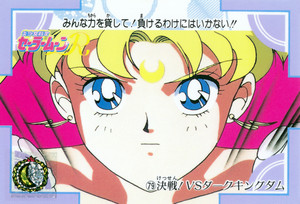 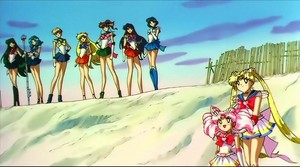 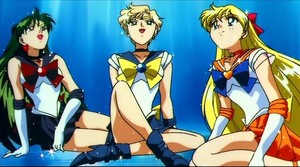 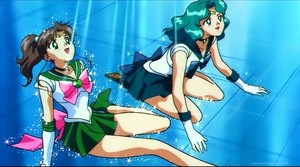 Jupiter and Neptune
added by RoseLovesJack 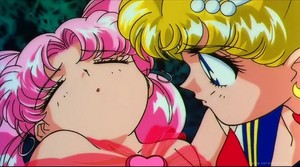