3
Unexpected, Unpredicted Love
posted by SailorViolette
Genre: Romance
Disclaimer: I do not own Sailor Moon or any of the characters

She smiled sadly as the song played from her iPod. She only had the Three Lights' songs on it. Which was... five. Their single songs, and their two group songs.

The Three Lights were still the most popular band in Japan, and their songs were always on the top hits list. The song she was listening too, in fact, was the number one. It was harder to find CDs of their song, and never were they cheap. People still talk about them on the radio, often wondering how they disappeared without their fans or the paparazzi knowing, and wanting to know where they are now.

She felt tears build up in her eyes, slowly blurring her vision. She fell in love with one Starlight. She defied her destiny and took on a new path in life. The tears began to fall. She killed Chibi-Usa... she killed her daughter. All because of loving another.

She closed her eyes. She knew that her friends were searching for her right now, as they had been for the past four months. They had been angry, confused and shocked, when she had told them she no longer loved Mamoru and had broken up with him.

She knew they wanted her to get back with Mamoru. After all, their pre-destined future, as being the rulers and protectors of Crystal Tokyo, and Chibi-Usa, was in jeopardy. But she would not go back to Mamoru. A kingdom as great as Crystal Tokyo could not be ruled by a sovereign who did not feel love for her King, or her position.

To avoid her friends, she had to get a job, move out of her mom's home and into her own apartment-she was eighteen, after all. She had to avoid her most obvious and favorite hang outs, too (The Crown, Rei's Temple, and Juuban Park*). She attended Tokyo University, one of the highest colleges in Japan and studied, half of her free time, so she could become a writer. She knew Ami went there, as Usagi did, but the moon princess went in the evenings, whereas Ami went in the mornings.

She was a lot smarter than she had ever let on and, due to this hidden fact, it would be unlikely that any of her friends find out and corner her there.

She admitted on the inside that she hated making herself so alone... hated avoiding her friends... but she felt she had no choice.

The last time she had seen him was two years ago. He had often acted impertinent, conceited and down right rude. He was very conscious of his social status and loved to flaunt it... even though he pretended to hate his fans. He despised physical activity and sweat.

His name was Yaten Kou.

What an unexpected, unpredicted love it was. When she had first met the Starlights, she had been oblivious to who they really were; idols or no. But Seiya soon became a good friend to her. True to her nature, though, she very quickly wanted to be friends with all of them.

But then... their identities as Sailor Senshi were revealed on the plane... and everything went downhill from there.

She had been heartbroken when Star Healer warned her to stay away from Seiya and blamed her for his injury, when he protected her. But in the end, she could not stay away...

At the battle with Galaxia, Healer admitted to being her friend with the most kind, gentle smile she had ever seen. And she knew then that she loved him... or her; whatever the other preferred.

She was somewhat surprised after they had left, and she searched her feelings, to make sure they were real affection and undying love for the silver-haired idol. If Yaten decided to be a girl, she was okay with that. Now, she had never imagined being with a girl before-or anyone other than Mamoru, for that matter, so it shook her up for a couple of days until she could fully accept it.

If Yaten decided to be a man, well... that was fine too. She would love him no matter what sex he chose to be. She would be a little taller than he, but who cares?

Now she looks to the sky, bathing in the bright, tranquil moonlight that normally, during any other time, would give her a sense of peace. She watched the stars glitter and shine, as if excited of the attention she was giving them.

The song slowly came to a stop and she turned off her iPod, just before the next song could begin.

'Stop thinking about him, Usagi,' She scolded herself. 'And no more tears!' She wiped her eyes furiously of the tears, angry that she could cry so easily. She was not a kid anymore! She was an adult and she needed to act like one. That included reigning over her emotions.

Usagi stood up and put her hands over her heart, staring up into the sky.

'I can't stop dreaming about him. Even though we never really got to know one another... I know, the one smile he gave me, is enough for me to love him.'

Suddenly, a shooting star passed over her head. Quickly, she closed her eyes and made her wish...

'I know I might never see the Starlights again... but I wish that I would see Yaten Kou, Sailor Star Healer, one last time.'

The shooting star disappeared into the darkness of the night without replying to her wish. Not that she expected it, of course.

Reality seemed to sink in to her then, as she felt a light, chilling breeze sweep over her and through her hair, making her hair billow slightly behind her. Here she was, wishing for the impossible, late in the night at Juuban Park, and knowing she has a science exam to study for tomorrow.

She ran a hand through her bangs. 'What are you doing, Usagi? Wishing on a shooting star won't make it come true.' She closed her eyes, trying to calm her mind...

"I finally found you." A distinctly male voice sounded behind her.

Usagi froze for a moment, before slowly turning around. Her eyes bulged, as a soft gasp emitted from her throat.

Before her was a man, about 5'8-5'10, in a pale blue (almost white) tuxedo with a light pink carnation over his left breast, a deep red tie and a dark grey-blue shirt under the tuxedo jacket. He had his long, silver hair tied back in a pony tail that reached to his ankles, and bright jade green eyes that sparkled with too many emotions for her to count.

"Yaten Kou..." She whispered so low she barely heard herself. She stood frozen, not wanting to touch him and find out he was just a figment of her imagination.

"I finally found you," Yaten repeated, slowly walking toward her. His voice had a harsh note in it that made her wince.

"Your star seed... I felt its pain. I felt it pulse with agony every single moment for the past week. We came back today, finally, to see you." He stopped three feet in front of her. A scowl appeared on his face.

"But the girls said they haven't spoken to you in two years. All they've seen of you, are rare glimpses! What is wrong with you, Usagi? Don't you care about your friends anymore?"

She snapped. "Of course I care!" Usagi screamed at him. She couldn't help it. Two years of withheld feelings of loneliness, sadness, and frustration poured from her heart.

Startled by the tone of her voice, the silver-haired man stepped back. She had never raised her voice at him or any of her friends before.

"I haven't hung out with the girls in two years! I haven't seen Michiru-san, Haruka-san, Setsuna-san or Hotaru-chan since the battle with Galaxia!" Tears gathered in her eyes. "I haven't been to The Crown or the temple in so long..."

Her voice grew quiet. "I have to study so hard nowadays... I have to attend classes and go to my job and pay utility bills..." Her voice trailed off.

Silence forced its way into the night air. Usagi looked down, avoiding those fierce jade eyes. The held disappointment, anger and annoyance. She didn't want those eyes directed at her. She didn't want him to scorn her for what she felt she had to do.

'Well, this is what wishing on shooting stars does for you.'

Oh, she learned her lesson this time. She would never wish on a shooting star again.

The man stalked toward her and grabbed her wrists, yanking her forward. Usagi, clearly startled by this sudden action, stumbled in front of him, a few mere inches from being pressed against him. She looked up at him with wide, shocked eyes.

"Why did you have to leave them in the first place, Usagi? What have they ever done to you?" His eyes glared with piercing anger that the moon princess swore was aimed straight into the very fibers of her soul. "Why have you abandoned them?"

"I never abandoned them!" Tears cascaded freely down her face. "Is it so wrong to want to have my own happiness? Am I not allowed to love who I want to?"

Her eyes bore into his own. "The others... The others want me to love Mamoru, but I don't. They want me to be with him, to become Queen of Crystal Tokyo in the Thirtieth Century.." She tried to pull her hands free, but his grip held strong. "But I can't! I don't love him! I love someone else!"

Usagi paused for a long moment. Her tears slowed, but didn't stop falling. She looked down.

"You." Was her broken, tired whispered answer.

"W-What?" Shock filled his voice and etched his face.

She looked sharply up at him, pain and rejection shining brightly in her eyes, both emotions battling for complete reign.

And then she broke free from his grasp, turned, and fled from his sight. 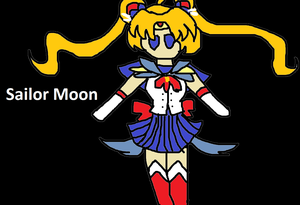 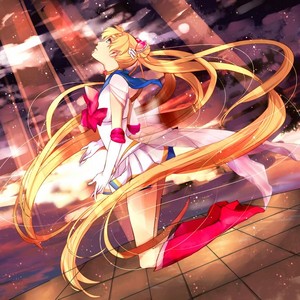 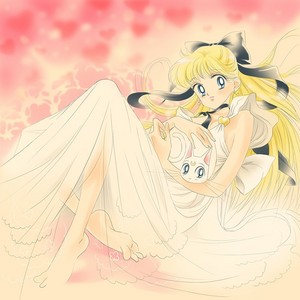 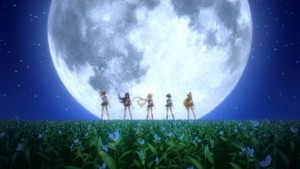 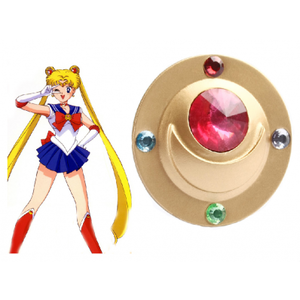 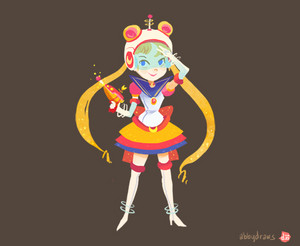 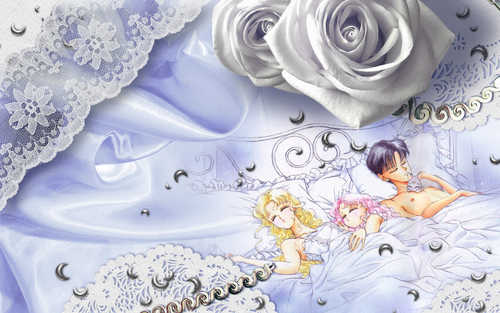 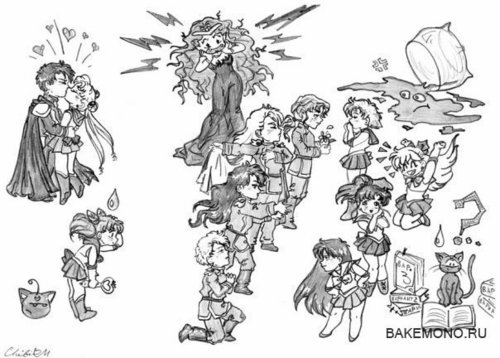 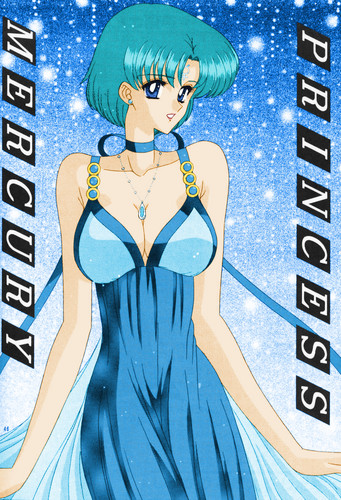 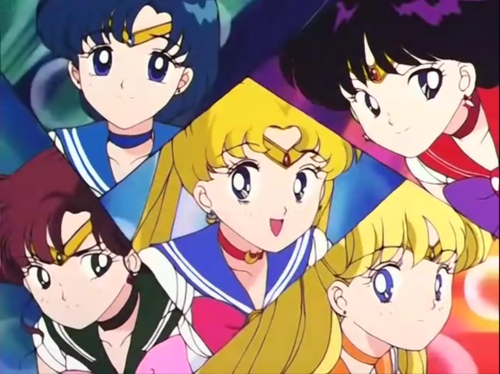 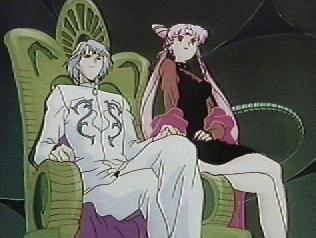 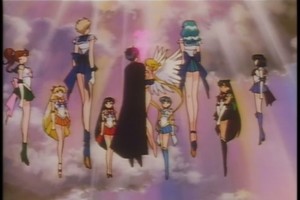 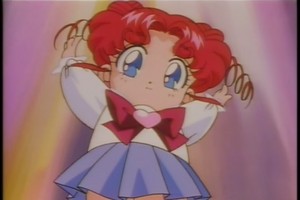 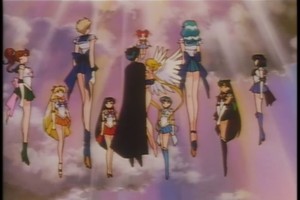 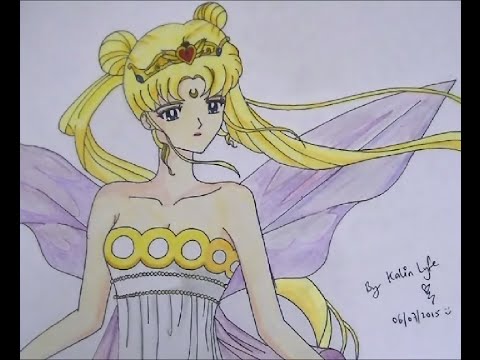 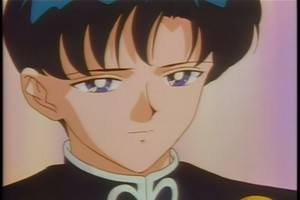 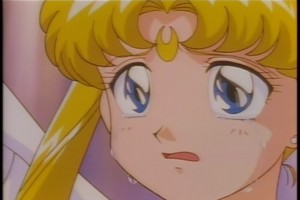