3
Funny Sasodei Story
posted by AlexWhittier
Sasori was screwing an arm onto one of his new puppets when he realized Deidara was being awfully quiet today. He was usually being confronted by an angry mob of Akatsuki members by now because Deidara blew something up. Suspicious, Sasori decided to see what Deidara was up to. “Hey Dei. What are you doing?”

Deidara looked over at Sasori nervously from the kitchen in their room, “Just making something for dinner later un.”

Sasori inspected the stove, “That’s a rather large portion of food considering you are the only one of us that has to eat.”

Deidara stopped cooking and turned around. “Are you implying I eat too much un?”

“No not at all,” Sasori back tracked nervously, “It’s just you have been behaving rather oddly today since you haven’t blown anything up.”

“Well I know it bothers you so I decided to take a break from exploding things today un,” Deidara replied.

Sasori stared at Deidara, “The fact that it bothers me isn’t a reason you would avoid blowing things up. If anything it makes you want to create bigger explosions. What’s going on?”

Deidara avoided eye contact, “Fine. I invited Hidan and Kakuzu over to eat dinner with us un.”

Sasori’s eye twitched a little. “If I wanted to spend time with people I wouldn’t kill them and turn them into puppets.”

“Well I already invited them and they are bringing a pie that Kakuzu bought,” Deidara smiled deviously, “You know how Kakuzu is when it comes to him having to pay for something.”

Sasori thought for a moment. Kakuzu will be here all night until he feels like he has gotten every penny’s worth of that pie. Sasori stormed his way back to his puppet workshop and began working on the puppet again. He began to ponder how to get out of this dinner.

An hour later Kakuzu and Hidan arrived. Hidan set the pie down on the table which a slice had clearly been taken out of it. Kakuzu examined it, “Did you take a slice of this pie Hidan?”

Hidan glared at him, “I didn’t touch your f****** cheap ass pie.” Deidara walked into Sasori’s workshop to get him.

Kakuzu looked at Hidan’s scythe and noticed crumbs of pie crust and filling on the edges of it. “Liar! You better pay me back for that missing slice. I want credit for buying a whole pie!”

Deidara walked out of the workshop with Sasori’s core in one hand and his puppet body in the other. Hidan and Kakuzu stopped arguing to notice what was going on.

“What the f*** happened to Pinocchio?”

Deidara put Sasori’s core back in his body as he sat him down at the table. “He tried to get out of dinner by hiding his core in one of the other puppets un.” Sasori’s body came to life and Deidara gave him a stern look. “They are our friends un. Try to get along with them.” Deidara kissed Sasori on the cheek and went to finish up dinner.

Kakuzu sat down next to Sasori as Hidan helped Deidara. Kakuzu grinned. “How pathetic! You are older than he is, smarter than he is, and stronger than he is yet he is running things around here.”

Sasori looked over at Kakuzu, “Are you telling me you actually wanted to buy that pie and come over here?”

Kakuzu frowned, “No, but in the end I’ll get what I want. You see the trick is to let the other person win on trivial things, and you turn it around to get what you want on the big issues. The financial issues.”

Meanwhile Deidara was talking to Hidan, “I feel a little guilty in tricking Sasori into this dinner.”

Hidan looked at him, “The only reason you should feel guilty is you did a s*** job of it. A master like me never gets caught. Kakuzu thinks he is in charge because he makes the f****** money, but I know all his hiding places for that s*** around our room. I even alter his check book so the numbers add up.”

Deidara was surprised, “Wow Hidan. You’re not nearly as big an idiot as everyone says un.”

Hidan smiled, “Why thank you,” then he thought about it for a moment, “Hey wait a minute!”

The four of them finally gathered around the table and began filling up their plates. Sasori looked around and began contemplating a way to end this night before it goes on. Sasori then got an idea.

“You know something. Art is an eternal beauty.” Kakuzu and Hidan looked at Sasori with confusion. Deidara stopped eating and slowly looked up at Sasori.

Sasori smiled as his plan was working, “Art is meant to stand the test of time and symbolize a person is so they can be immortalized.” Deidara began to tremble with anger.

“Art,” Deidara gave Sasori an icy glare, “Is a beauty that is meant to last for a single moment so that the artist’s senses don’t dull and he can have reason to create greater art un.”

So this argument went on for quite a while. Hidan fell asleep with his head resting in the food on his plate as Kakuzu’s eyes were wide with rage from listening to them go on and on. He nudged Hidan and whispered for him to grab whatever food he can and take it with them to supplement the cost of the pie they brought.

Fifteen minutes after Kakuzu and Hidan left, Deidara had noticed they were gone and realized what Sasori had done. “I can’t believe you ruined the whole night un.”

Deidara rolled his eyes. “Yeah. How?”

Sasori smiled deviously, “Well since we are alone we could do,” Sasori whispered into Deidara’s ear, “Certain fun stuff.”

Deidara smiled at that idea.
Firefoxprincess, sweetieLOL2342 and 1 other like this
Rosae Very good job on this story! You should post it on fanfiction so it can get proper attention. You have a good writing style and this was fun to read! You also kept them in character for the most part. Though I think deidara was a little to grown up ish that's just me. Great job with the spelling/Grammar by the way.
1
sasodei ch 4
posted by Sasuke_Fan17
“DAMMIT DEIDARA! OPEN UP!” Itachi yelled from beyond the other side of the door. Sasori quickly untied Deidara from the ropes letting him fall to the bed.
“H-Hold on un!” Deidara cried to Itachi from the bed. “Sasori-Danna? What do I do now? I can’t move un.” Sasori grabbed his clothes throwing them in a corner and hid in Deidara’s closet.
“Don’t worry. I have an idea.” Sasori let the door of the closet slip open a bit. He made a hand seal and flipped his right hand toward Deidara.
“W-What are you doing Danna un?” Deidara’s body got up and put his shorts on then started...
continue reading... 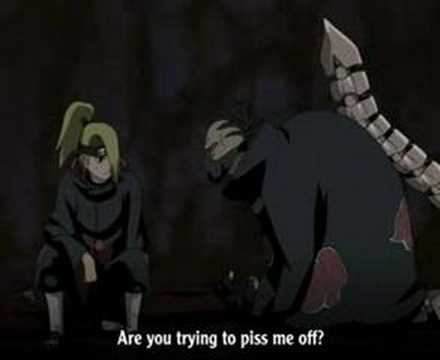 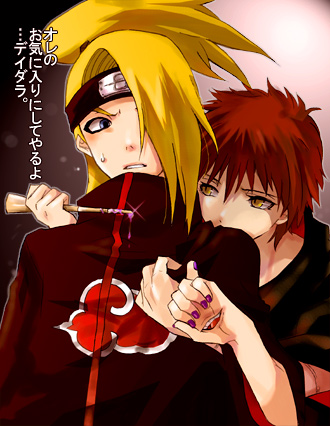 3
Hot(and drunk) boys
added by AngelUchihaNeko
Sasodei ch 9
posted by Sasuke_Fan17
Sasori’s door creaked open as he turned down the hallway toward Deidara’s room. “Damn brat…Why am I worrying so much?” he thought allowed. Sasori crept down the way until he came to Deidara’s door and placed his ear to it.

Pein noticed his presence and completely stopped moving, turning his head toward Deidara giving him a glare. Tears were streaming down his face, he couldn’t even see Pein anymore. His throat was raspy and his wrist was throbbing. He could feel his skin bleeding still, and the pain of it ripping apart. Deidara’s chest heaved as he tried to breath through his...
continue reading... 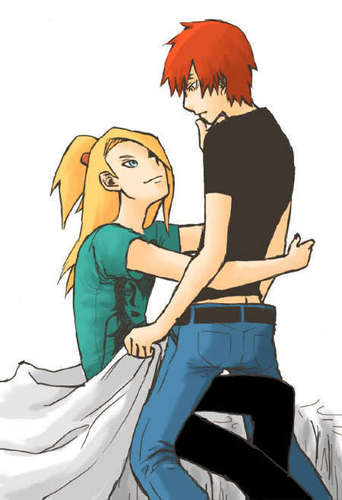 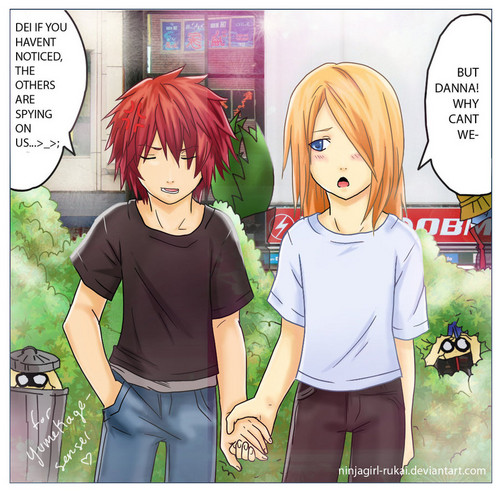 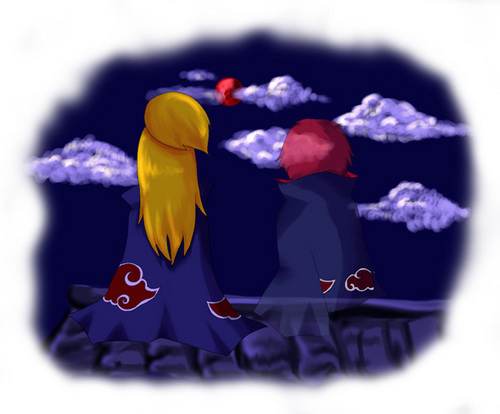 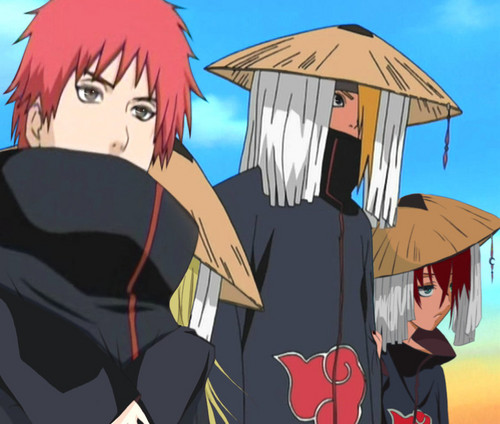 1
SasoDei Family!
added by XryugafangirlX
Sasodei ch 3
posted by Sasuke_Fan17
…Sasori started to pull off Deidara’s pants with a smirk.
“Sa-Sasori-Danna un!” Deidara gasped as he felt Sasori slip his pants down past his knees, boxers and all. Then he threw the clothes onto the floor removing his pants as well. Sasori’s cold hands traced Deidara’s legs, up his thighs and around his waist.
“Can you move?” Sasori asked still smiling. Deidara struggled to move his hand. He managed to get his arms halfway into the air before they fell back to the bed. Sasori shook his head at him then smiled an evil grin.
“What is it Sasori-Danna un?” Deidara looked at him...
continue reading... 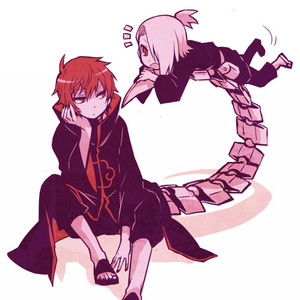 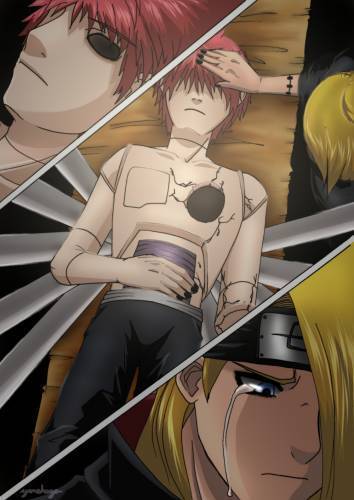 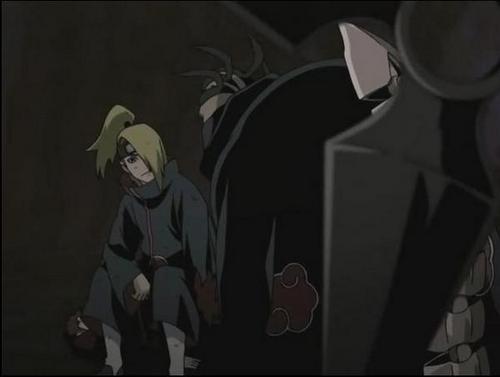 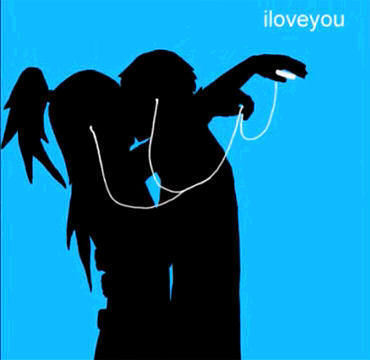 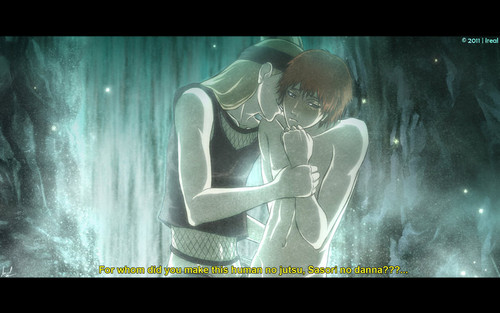 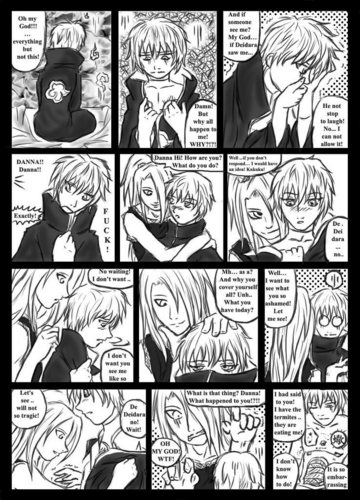 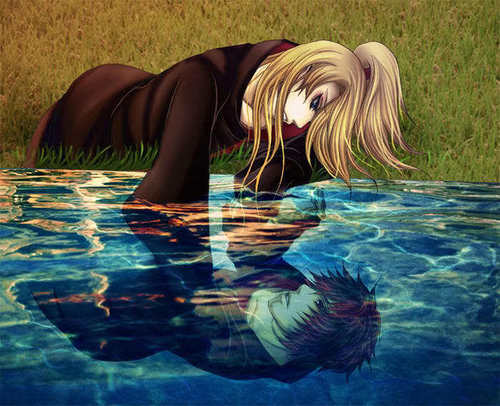