9
Who Killed Who? [SCREAM]
posted by bendaimmortal 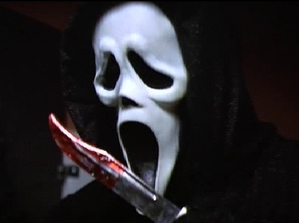 Or tried to kill. This is only about the original Scream because I don't care enough for the sequels.

- Stu had more personal motive to kill those two. (Casey dumped him for Steve.) The only motive Billy may have had is to throw Sidney mentally off, but for that anyone could do and he could easily let Stu do the dirty part. I'm quite sure it was Stu's idea to pick Casey and Steve as the victims. Aldo, see the look in Casey's eyes when she removes the Ghostface mask to see who's butchering her. It is a look of regocnizing the person and regret/shock. Whereas she may have known Billy, that look messaged of someone she had hurt: Stu.

That isn't a hint but just Billy trying to calm Stu down before he'd slip out something crucial. As it was true, nobody has said that Stu killed anybody.

Who was on the phone? Basically could've been either one but most likely Billy. The voice was aggressive and inpatient much like Billy, whereas Stu was more goofy and "relaxed" and likely wouldn't sound so self-controlled even when angry.

The Ghostface stumbled quite a lot (which suits a goofy type of a guy), and there is no way Billy could've made it out and around the house and up to her window that fast if he was in the costume. Which leads to the fact that this was never a real murder attempt but just to have Billy cleared from the list of suspects by the police and have Sid feel guilty and something for them to make up.

Who was on the phone? Obviously Billy. The aggression again, especially in the bit about Sid dying just like her mother. Billy was the one with dripping hatred of Mauteen Prescott.

[[The call at Tatum's house: Definitely Stu. I doubt they leave arrested murder suspects in complete privacy at the police station + anyway the call had to be traced and had they traced it back to the police station...Plus, didn't they say that all the calls were listed to Neil's cell phone account.]]

The school toilet attack:
Stu or just a prankster.

- Assuming Sid went to the toilet immideately after storming out on Billy in the hallway. There is no way Billy could've snuk into the girls' toilet after her, so Stu (or a prankster) had to be there all along. I'm still sating it was actually Stu as a part of their plan to make sure the school would be closed down until further notice and they'd have a reason to throw the party.

The principal:
Stu or Billy, really could be either of them.

- Stu is the only one we see on screen around that scene but it doesn't really mean anything. He could've gone anywhere after convincing the girls to join the party. I'm gonna say Stu again for the sake of the final result and because he was the "thrill-killer" while Billy was mostly looking forward to the final act.

- Stu just knowingly sent her to her death. Stu was the host of the pary and thus couldn't have left the party, dressed up as Ghostface, murders someone, undressed and returned as if nothing had happened. Especially as he was the little goofy thrill-killer who got easily carried away. Also, as Billy pops up at the front door he gives Stu a look that might say that Tatum's "taken care of". Billy seemed to need a personal reason to kill, well he had one: Tatum had insulted him and his penis. ;D

I'm sure they intended to kill her anyway as they were aiming at being the only survivors left for dead, but Tatum just happened to say something that made Billy want to do the deed.

Intending to kill Randy:
Beats me. I'm gonna say Stu, but I guess most officially it would be Billy.

- The film makers state that in the costume was Skeet (as in Billy's actor), but does this mean they meant Billy to be in it, is unclear. Would they risk it by Billy getting up and possibly Sidney somehow stumbling back into the room and find his body gone when Stu was already in the costume and all they had to do was to chase Sidney alone back into the house? For that reason I believe it was actually Stu in the in-story matters regardless of which actor was in the costume. But then I don't remember why it was Skeet, only that it wasn't said to be about the character.

Kenny
Could be either. But I'm gonna say Stu.

- That is if Randy was almost-killed by Billy then Kenny was killed by Billy unless the 30-second-delay wasn't relevant and the other one came from somewhere else than the house. I'm still prome to believe it was Stu chasing Sid all along and committing the kills during it while Billy was playing dead upstairs. Oh, also because Billy said to Stu "I thought she was dead!" and Stu answered in a defensive tone "She looked dead, man." It gave me the impression that Billy scolded Stu for not making sure Gale was dead after Stu killed Kenny and placed him on the roof of Gale's van and so on.

- Again because I think Billy had to be playing dead while Stu tried to drive Sid back into the house. (And again a victim wasn't checked to be really dead as Stu had made the mistake before.)

Attempting to kill Randy:
Evidently Billy. I'm guessing he didn't know Randy was a virgin and thus not supposed to be killed, whereas Stu did know and thus didn't kill him in the living room (hence, the scene where it is Skeet in the costume but in my opinion Stu as the character. Hey, this actually supports my theory that Billy played dead upstairs while Stu killed people.)

RESULT: Sarcastically Stu killed more people than Billy even though Billy was the mastermind, the leader, "the main killer". I believe all that really mattered to Billy was to get to kill Sidney by his own hands, so he gladly left the lot during the plan execusion to Stu who, again, was the thrill-killer who needed no other motive but the thrill of the kill.

And above all, I'm convinced Billy killed Sidney's mom. No way in hell he'd let Stu butcher the woman after what she'd done to his, Billy's family. I'm also convinced he was the one to think of making the movie which would end with the death of Sidney. Because they never gave a seperate motive for the murderous rampage but Billy only mentioned why he killed Maureen. Apparently, the kid blamed the whole Prescott family - happy to frame the father and kill the daughter for the mother's sins and wanting to revenge them by his own hand.

That's why I think Billy rightfully earns the title of "the main killer" even though I think he literally killed less people.

The below image is actually a cool, moving gif image, but just doesn't move on this article for some reason. Check it out at link blog post.

Carissa04, Darkangel6 and 7 others like this
dpaisita97 Thanks for clearing that up, Id always wanted to know who was it doing the killings
bendaimmortal Thanks! I'm glad you enjoyed and if it was helpful. ^^ Just everyone remember those are just my personal fact-based and/or common-sense fan theories. :D
laurik2007 wow great article....Kudos for your work!
bendaimmortal Thanks! ^^ (I just wish it didn't have so many typos.) :P Can't fix them now without losing fans for this article. :D
bendaimmortal I forgot that Billy literally said he was the one who literally butchered Maureen: (to Sid) [i]"I'm gonna rip you up, bitch, just like your fucking mother!"[/i]
bendaimmortal Although I'm not so sure anymore if the look in Casey's eyes was of anything but recognizion, and I realized Billy might have a motive in Casey being kind of a slut (reminding Billy of Mauteen)...I'm still 100% certain they were both killed by Stu, As said, he had the perfect motive, and as said, the attack on Sidney the next night was in order for Billy to get dragged to the police station and being questioned as a suspect and eventually cleared of all charges. Therefore, I believe they did the doible-murder so that Billy didn't have to lie. As Stu killed them both, Billy didn't have to lie when he said: "Sheriff, I didn't kill anybody." (Well, technically that was a lie as he had killed Maureen - hence my comment above - but they weren't asking about that case but about Casey and Steve.)
karolinak1999 I think Billy killed the principal!
Damon975 Personally, I think Billy killed Casey and The Principal.
Ghostface26 What I think. Steven Orth Stu. Casey Becker: Billy. The school toilet attack: Billy because he had the same colored pants Billy wore. The principal: Stu. Kenny Stu again. Dewey: Stu, because Billy was playing dead. Attempting to kill Randy: Still Stu.
DerekJungle87 CASEY AND STEVE: Billy and Stu were both there, Billy was the caller and Stu was the attacker. Kevin Williamson was the one who confirmed it was Stu. If you pay attention when the friends were having lunch, Stu said he dated Casey for like two seconds before she dumped him for Steve so it was a personal motivation for Stu SYDNEY'S ATTACK: Same as the Casey/Steve attacks, Billy was the caller and Stu was the attacker. This one is pretty obvious when Billy comes through the window and drops the phone. This one was on purpose because Billy wanted to get framed and arrested so when Stu calls Sydney at Tatum's house he tells Sydney that she framed the wrong guy. This was all a plan for Billy to guilt trip Sydney into convincing her that he's not a killer and to get her to have sex with him. SYDNEY'S BATHROOM ATTACK: This one was most likely a student playing a sick prank, if you looked very close the attacker didn't have a knife or any weapons in his hands. THE BUSHES AND STORE: Again this was a prank, that's not exactly attacking, that's just plain stalking. Besides both Billy and Stu were at the video store talking with Randy. HIMBREY'S DEATH: It was Billy, Stu was busy inviting party guests. TATUM: Stu, Ghostface went out the inside door, and Billy came from the outside. SNEAKING UP ON RANDY: This one was Billy. And in real life believe it or not Skeet Ulrich was in the costume. KENNY: Probably Stu, Billy was "dead" in the bedroom.
6
Why Billy Loomis is So Awesome
posted by bendaimmortal 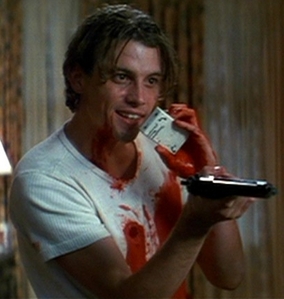 This is an elaborated article based on my comments and posts on couple of fan picks and forum topics here.

Billy may not have an outstanding personality as a killer but he certainly has much to give as a whole character. I love him to bits!

The shittier boyfriend: The one that fucks you, dumps you and doesn't even nake you famous, or the one that murders your mom, takes your virginity so he could kill you, and makes you famous? That was just inspired by a line that made me laugh...
continue reading... 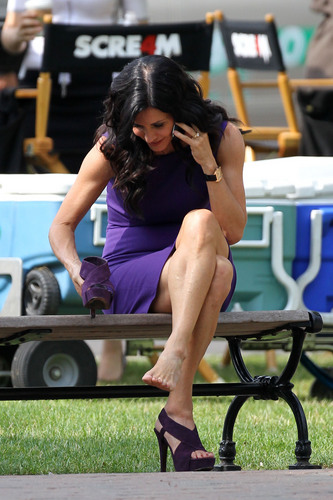 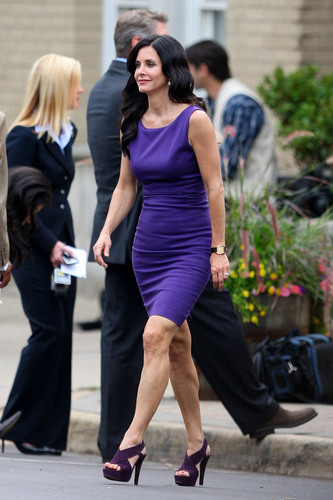 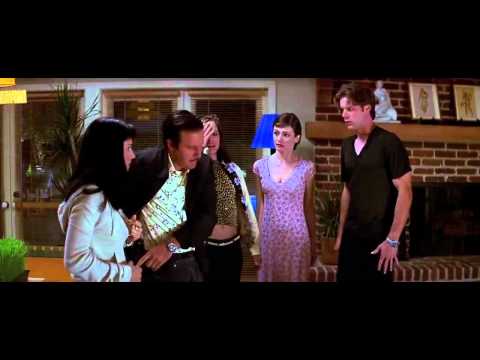 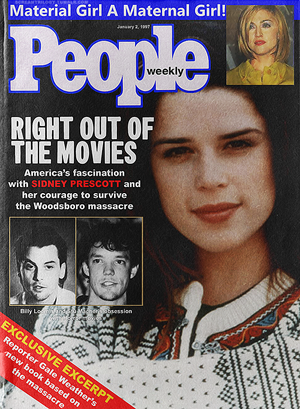 1
Sidney on the magazine
added by boytoy_84 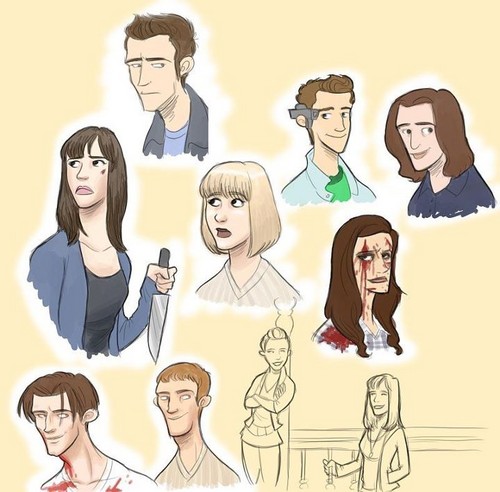 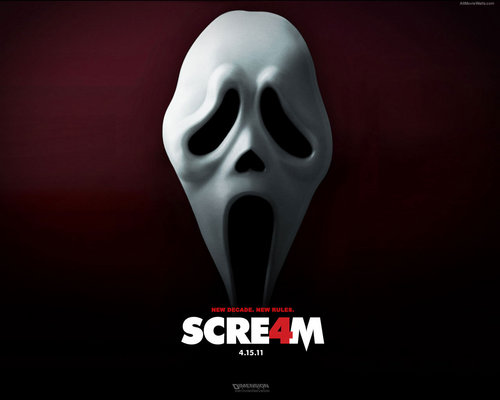 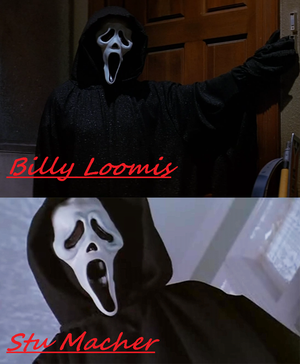 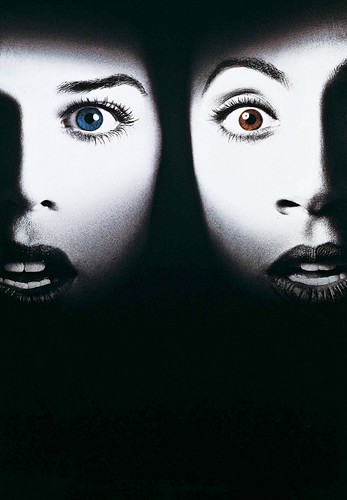 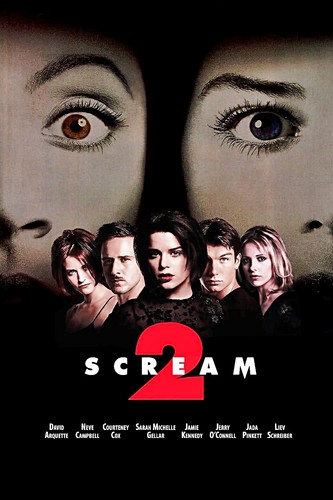 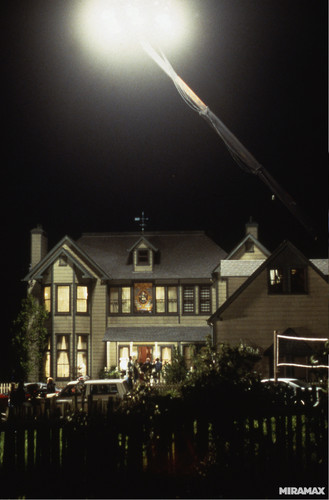 3
Behind the scenes: 10 killer photos from ‘Scream’
added by laurik2007
Source: miramax 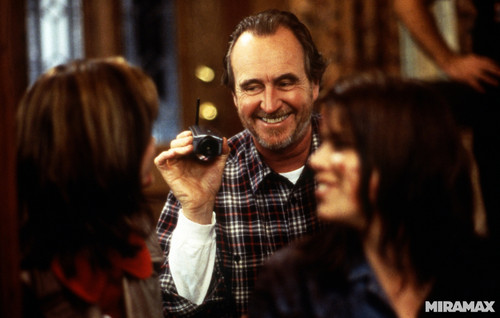 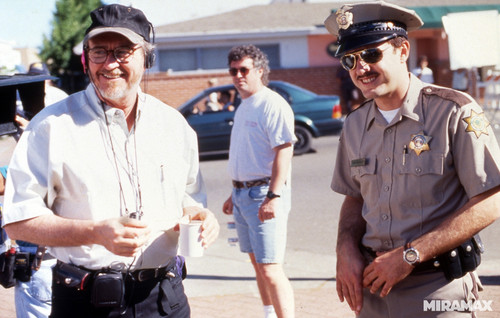 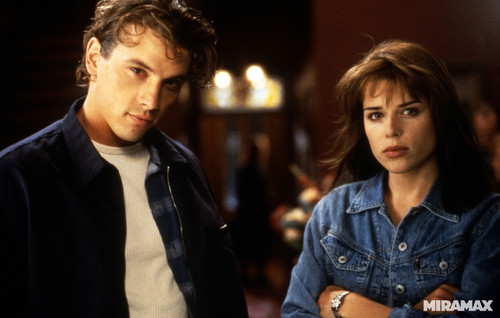