1.My own american girl
2.My journey
3.My white whale
4.My lucky night
5.My brother,where art thou
6.My advice to you
7.My fifteen seconds
8.My friend the doctor
9.My dirty secret
10.My rule of thumb
11.My clean break
12.My catalyst
13.My porcelain god
14.My screw up
15.My tormented mentor
16.My butterfly
17.My moment of Un-Truth
18.His story II
19.My choosiest choice of all
20.My fault
21.My self-examination
22.My best friend's wedding

1.My Own Worst Enemy
2.My Hard Labour
3.My Inconvenient Truth
4.My Identity Crisis
5.My Growing Pains
6.My Number One Doctor
7.My Bad Too
8.My Manhood
9.My Dumb Luck
10.My Waste of Time
11.My Princess


The first season follows J.D. (Zach Braff) and his best friend Turk (Donald Faison) in their first year out of medical school as interns at Sacred Heart Hospital. J.D. quickly meets his reluctant mentor, Dr. Perry Cox (John C. McGinley); a young woman (and fellow intern) named Elliot (Sarah Chalke), on whom he has a crush; the hospital's janitor (Neil Flynn), who goes out of his way to make J.D.'s life miserable; the Chief of Medicine, Dr. Bob Kelso (Ken Jenkins), who is more concerned about the budget than the patients; and Carla Espinosa (Judy Reyes), the head nurse and Turk's new girlfriend, who puts Turk through the trials and tribulations of being in a serious relationship. The characters face romances and relationship issues, family obligations, overwhelming paperwork, and a tremendous number of patients. The first season also introduces recurring supporting characters such as "The Todd" (Robert Maschio), a boorishly lascivious surgeon; Ted (Sam Lloyd), the hospital's hapless, nervous lawyer; Laverne (Aloma Wright), fellow nurse and mentor to Carla; Jordan Sullivan (Christa Miller), Dr. Cox's caustic administrator ex-wife, and Doug Murphy (Johnny Kastl), a nervous young doctor who often accidentally kills patients

The second season focuses on Dr. John Dorian's second year practicing medicine at Sacred Heart, where he is now a resident. In the season opener, everyone is still in shock from the secrets Jordan just revealed ("My Last Day"). As the season develops, J.D.'s older brother Dan (Tom Cavanagh) comes to visit, money issues affect J.D., Elliot, and Turk, Turk proposes to Carla, and Elliot finds a new boyfriend, a nurse named Paul Flowers (Rick Schroder). Dr. Cox resumes a sexual relationship with his ex-wife Jordan, with quite unexpected results

It is J.D.'s, Elliot's, and Turk's third year at Sacred Heart and second year as residents. As the season opens, Elliot decides to change her image, with some help from the Janitor. J.D.'s undeniable crush on Elliot emerges again, but J.D. instead begins a relationship with Jordan's sister Danni (Tara Reid), who is also dealing with feelings for her ex. Turk and Carla are engaged and planning their wedding. Turk, along with the Todd and the other surgical residents, deal with the new attending surgeon, Dr. Grace Miller (Bellamy Young), who dislikes Turk and considers him sexist. Dr. Cox and Jordan are doing well with their relationship and their son Jack, although Dr. Cox develops a schoolboy crush on Dr. Miller. He also struggles with the death of his best friend. Elliot gets into a serious relationship with Sean Kelly (Scott Foley) and tries to work out their long distance relationship while he's in New Zealand for six months.

As the season opens, Turk arrives from his honeymoon with Carla but they soon have issues when Carla tries to change many things about her new husband. Their marriage and Turk's friendship with J.D. are also endangered when J.D. and Carla share a drunken kiss. Dr. Cox and Jordan learn that their divorce was not final, but this seemingly good news causes friction. Elliot is still angry with J.D. for breaking her heart, and the situation becomes more uncomfortable still when she dates J.D.'s brother. J.D. has a new love interest of his own when a new and very attractive psychiatrist, Dr. Molly Clock (Heather Graham), arrives at Sacred Heart. Molly also serves as Elliot's mentor during her time at the hospital.

Season 5 begins with J.D. living in a hotel. He has become an attending now on the same level as Dr. Cox. Elliot has taken a new fellowship in another hospital. Turk and Carla are trying to have a baby, despite Turk still having doubts. Finally, some new interns have arrived to Sacred Heart, chief among them being Keith Dudemeister. Season 5 also focuses on the relationship between J.D. and Dr. Cox, who now find themselves as equals.

Over the course of the season, J.D. and the other characters must mature to fill the different roles required of them. J.D., for instance, is cast in the role of expecting father since his girlfriend, Dr. Kim Briggs (Elizabeth Banks), is pregnant with his child. Turk and Carla become parents when Carla gives birth to their daughter, Isabella Turk. Elliot plans her wedding to Keith, although she and J.D. still harbor feelings for each other. Dr. Cox, as father of two children with Jordan, struggles to prevent his foul disposition from affecting his parenting. Important issues are touched upon, such as the importance of leadership, whether everything happens for a reason, and even death.


The eighth season of the American comedy-drama television series Scrubs premiered on ABC on January 6, 2009 and concluded on May 6, 2009 and consists of 19 episodes. The eighth season was the first to be shown on ABC after NBC dropped the series, ending its seven-year run on the network. ABC's pick-up of the show was followed by it commissioning nineteen episodes, which included an hour-long finale. For all of the season's run, it was expected that the eighth season would be the last, especially after the show's creator Bill Lawrence announced it. After rumors surfaced of a ninth season, it was understood that the eighth would be the last to star Zach Braff and much of the main cast. However, the show was later re-commissioned for another season, in which Braff and other cast members appeared for multiple episodes.[1] The eighth season was the first to air in high definition.
Needing to cut costs for the eighth season, Bill Lawrence stated that he divided the writing staff up into two groups, half for the first nine episodes and half for the second nine episodes.[2] Additionally, each main cast member was absent for three episodes during the season (except Zach Braff and Sarah Chalke who are absent for two). An accompanying web series that aired on ABC's website called Scrubs: Interns was also created to coincide with the season, starring the new interns with guest appearances by the main cast. 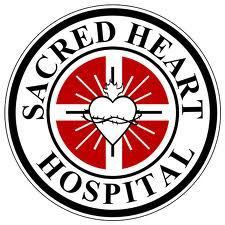 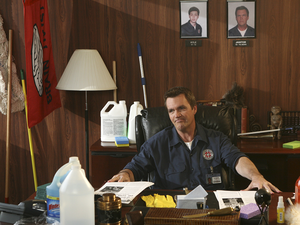 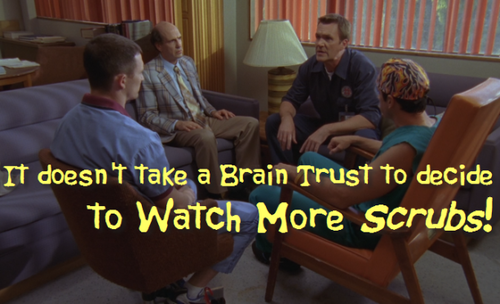 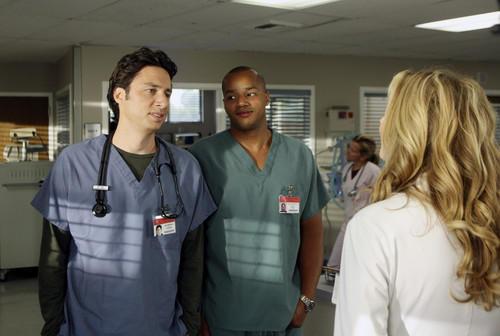 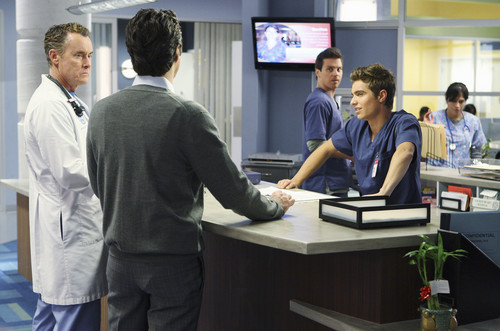 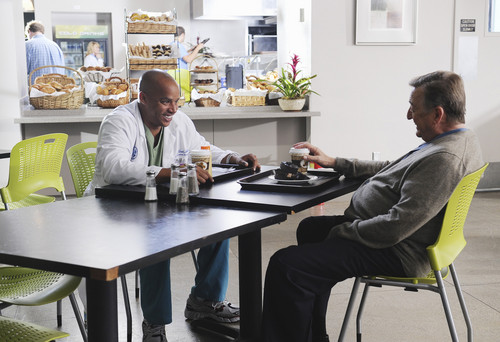 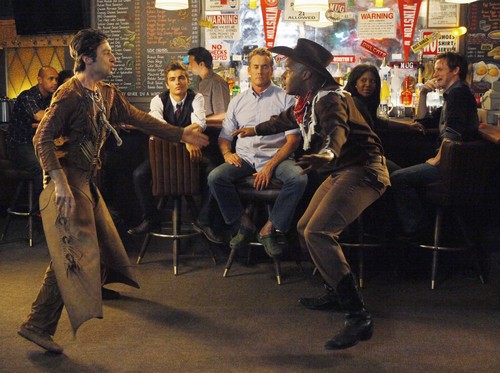 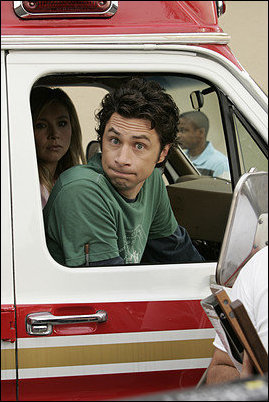 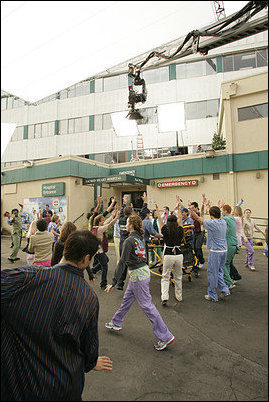 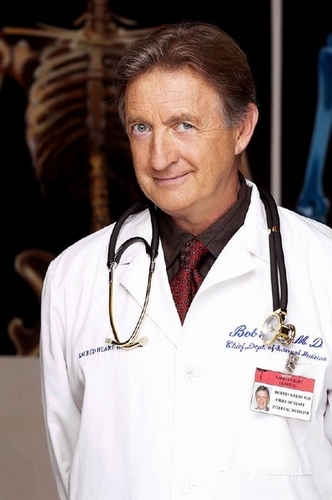 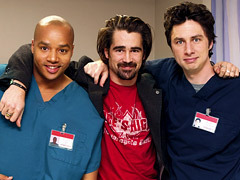 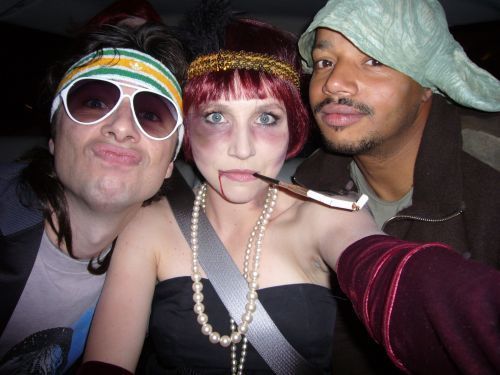 4
How the characters have changed over 8 years
added by tushtush
Source: Me 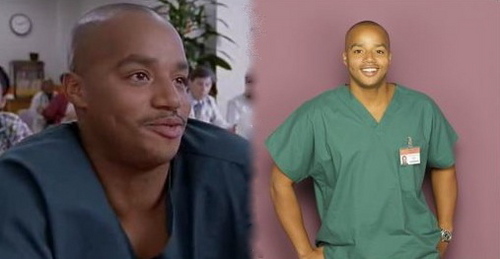 3
How the characters have changed over 8 years
added by tushtush
Source: Me 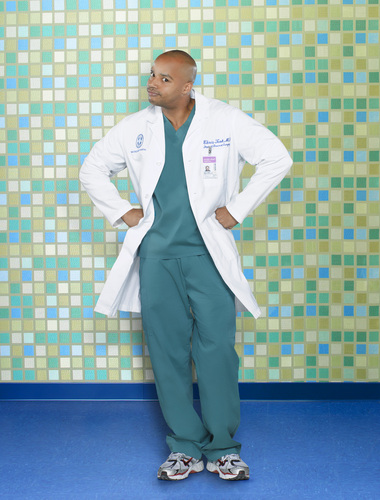 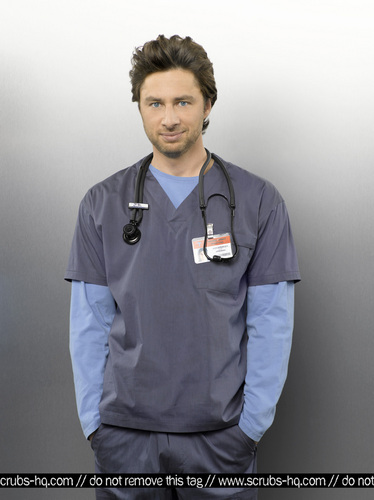