25
Scrubs has changed, not jumped the shark!
posted by tushtush 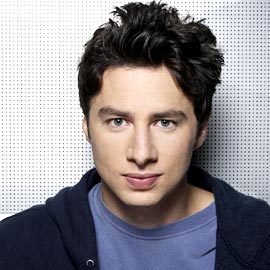 JD is as fresh as ever.
It has recently come to my attention that many fanpoppers and ordinary fans alike, are starting to talk about Scrubs 'jumping the shark'. As an admitted addict of the show, this makes me worried/curious/disgusted/experience the 5 stages of grief. I am so engrossed in the imaginary world of Sacred Heart, that I sometimes believe that I am a doctor there, and cannot see any faults in the show at all. However, I do understand that I am very, very biased.
Anyway, I've decided to go into detail as to why I feel so strongly, trying for just this short amount of time to step out of my imaginary world and converse intelligently and fight my corner. I know that some of the greatest criticisms the show receives are about the quality of the seasons dropping over time, with the characters changing too much and acting out of character. I can see where these views come from, but I still remain adamant that Scrubs is still the best thing on TV, and am going to write up an analogy of all the seasons and their unique qualities.

Season one gave us the introduction of the doctors, nurses and even janitors that we all came to love. This season was the perfect introduction to such a unique with its non-linear humour. Things like the sound effects (that were eventually dropped) allowed people who had never seen anything like it know when to laugh and ease into a mood where they were open to odd comedy. It also briefly began the whole 'will they won't they' with Jelliot, which only panned out over two episodes (My Drug Buddy, My Bed Banter and Beyond) , but brought the season to life. They captured the emotions of a new interns perfectly, while still allowing appropriate time for a realistic social life and good humour.

The second season started off with a bang, with My Overkill setting the mood for the entire season. This season was the one that really went into the social lives of the doctors, with a lot of sex and fewer patients than the previous season. This worked very well, as it balanced out season one (which was mainly about patients), and was realistic. JD's a young, good-looking doctor at this time, so it's only natural that, now he's settled into his job, he's looking for love.

Season three was a good season because we saw JD really growing up and learning to balance his personal and work life. We saw Turk marrying Carla at the end of the season, and Elliot and JD breaking up for what could be the last time. Elliot went through her 'big change' and became a more normal person, though still had the same core personality because of her strange past. It was probably the most balanced season, and it seemed, for most of it, quite a good year for the characters. In real life everyone has good and bad years, so this was very realistic in that it showed the residents really working hard and really developing their personalities.

It was during the fourth season that it really started to dawn on JD that he was growing up. His best friend was already married and going to marriage counseling, while he was still wandering from girlfriend to girlfriend, trying to find himself. He and Elliot were having friendship troubles, which seemed to make him realise that they weren't going to be together and he was going to have to search harder for someone to love, and they both became chief residents. This promotion made JD see that he was doing fine at work and needed to work on his social life. It was quite a quiet year at Sacred Heart.

The fifth year of the series was absolutely crazy. It is this season that many people think of as the one where the shark was jumped, as its wacky woohooness was thought unrealistic. Still, I disagree. Everyone has those years where you just let go and have fun. For the characters of Scrubs, this was the year of fun. JD and (eventually) Elliot were now attendings and had the power to just go a bit wild. Though there fun came to an end during My Lunch. This was a very realistic and clever move by the writers, as, to be frank, the amount of fun the doctors were having was getting a bit ridiculous and over the top. There was this whole feeling of a reality check and the characters falling back to Earth when the disaster struck, and that is how it goes in life. To quote Forrest Gump, "Life is like a box of chocolates, you never know what you're going to get."

Season 6 is another highly criticised one. People always talk about how is was too dramatic with too off the wall humour. Again, as you've probably guessed, I strongly disagree. It's true, the season was dramatic, but that's only because of the wackiness of season 5. The characters went so crazy in season 5, that they had to face the consequences the next year. JD was careless and having too much fun, so he knocked up his girlfriend on the first date and it caught up with him. The same with Dr Cox and Jordan, he was stupid and didn't tell his wife about his vasectomy, so had to had to have it done twice, so it didn't work. the humour was so strange in this season because so much crap was happening to the characters that the writers needed to put some jokes in about subjects that really aren't very funny.

I haven't seen enough of season 7 to rant about it at the moment, but so far it really has that final, grown-up feeling of a final season.

Now, for those of you who have been bothered to read this far down, I'd love to hear your opinions on all of the things I've just written loads and loads about. :D

They still care abut the show!
DoloresFreeman, MoniBolis and 23 others like this
alicelattey :D I agree with you, each season is slightly different but each just as good. But then just like you I am very one-sided. If anyone at school says they don't like Scrubs or don't understand why I love it so much I have to stop myself from hitting them. Once I didn't talk to two of my best friends for an entire day because they said they thought it was good but not nearly good enough for me to be as obsessed with it as I am. :P I don't get why people say Season 7 isn't as good, I was watching most of them last night and I was just thinking 'This is hilarious, why do people not like it?' Good rant!
tushtush Thanks, I completely agree with you (obviously!). For instance, yesterday, i invited my friend to my house and I made her watch Scrubs all day. She wasn't happy and kept on complaining, but I was having none of it...
alicelattey I did that once!! I had two friends over and I was like, right Scrubs time, we spent hours watching it and I was singing along really loudly to the musical!! I think my friends get slightly bored of my Scrubs obsession, except one who's just as bad as I am!!
scrubs-maniac Good article tushtush, I agree with you completely [but I am also very very biased]. Scrubs has always been amazing- you say season 7 feels like the final one should, but apparently they might be making a season 8 with ABC, which I really want to happen. I agree with you- Scrubs is sometimes too criticised for various aspects of the seasons, but you don't get that much diversity/drama/comedy with any other show on tv.
HannaK I really hate all the complaints about Scrubs, I think that it is still pretty good and I really like teh show, and your article is great, you described the seasons very well, Excellent article!
sofia24 i know i'm late commenting, but i have to totally agree! you write these articles really well, i love reading them!! 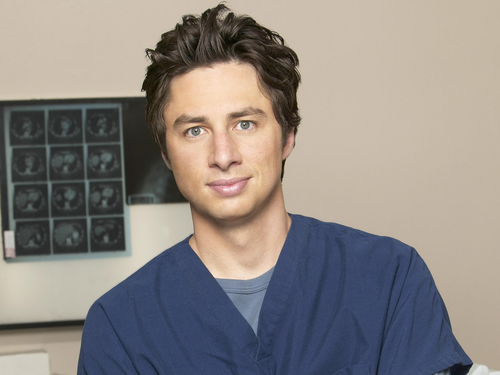 6
J.D.
added by DoloresFreeman
Source: made by me 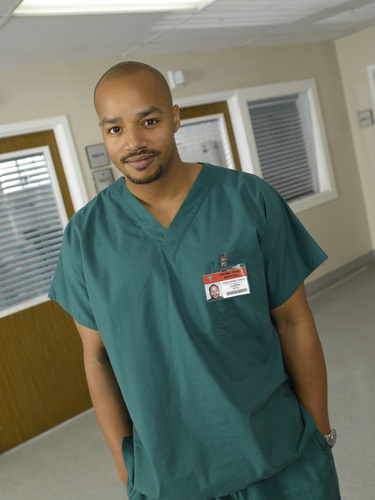 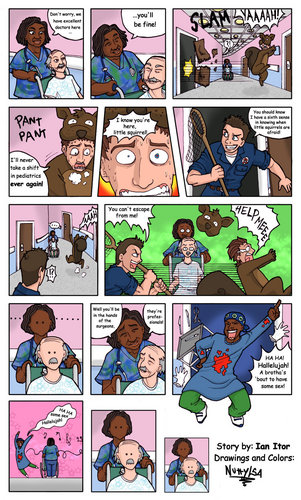 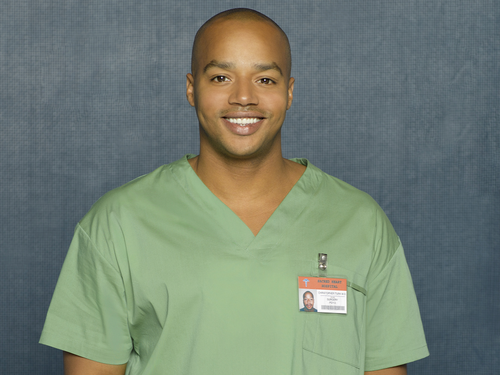 Turk
added by DoloresFreeman
Source: made by me 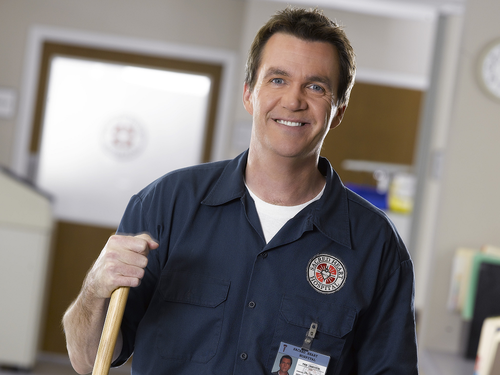 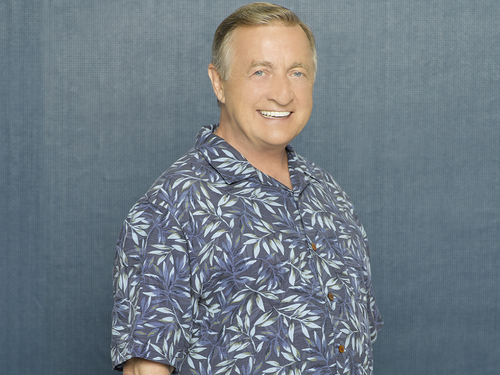 4
Dr. Kelso
added by DoloresFreeman
Source: made by me 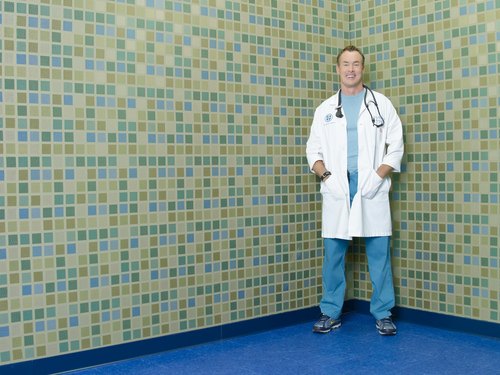 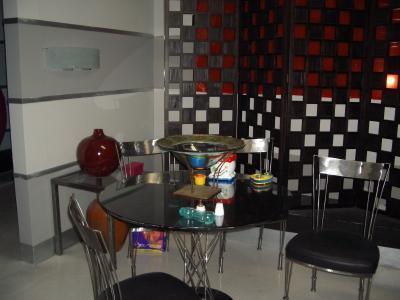 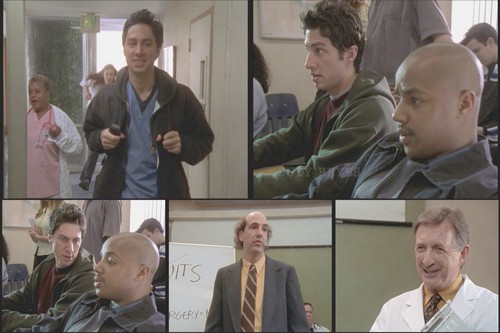 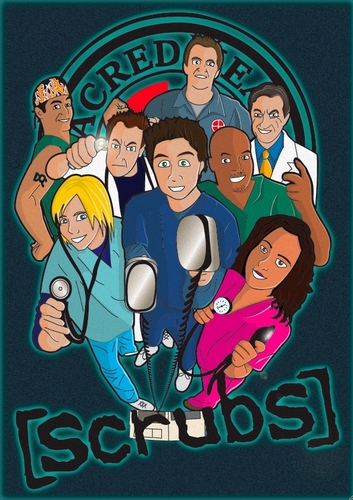 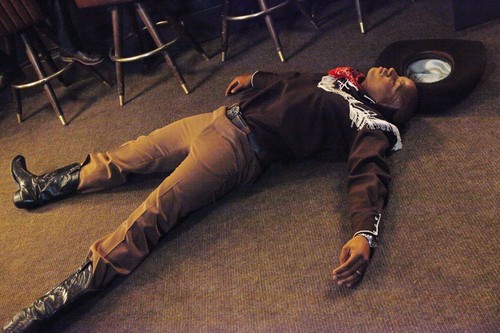 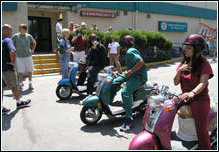 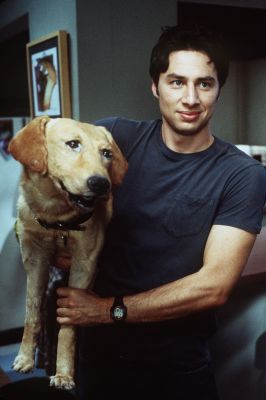 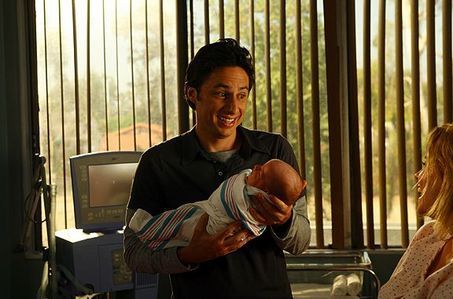 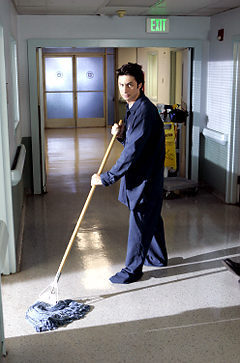 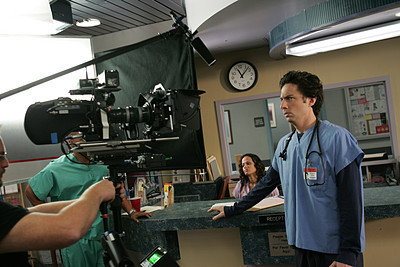 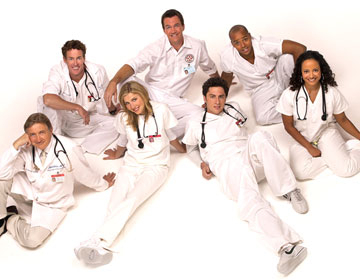 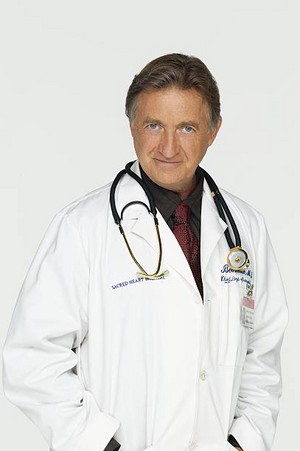