11
A review of season 7
posted by tushtush 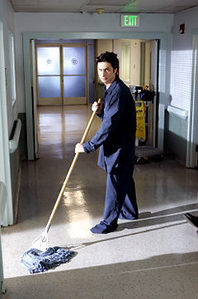 It's no secret that NBC have never appreciated Scrubs like the show deserved, yet it still came as a surprise to the fans when they announced that the seventh season of the excellent show would be the last. Of course, since that announcement, Scrubs been issued an eighth season on ABC, but season 7 was made as if it were the last. However, because of the WGA strike, the season was never finished, so the 11 episodes have only really acted as a bridge between seasons 6 and 8. Despite this, Bill Lawrence and his band of merry men still managed to create some corkers, so it is these excellencies I shall review.

The season had a great start with My Own Worst Enemy. It picked up right where season 6 left off, with a near kiss between Elliot and JD, which set the tone for the whole season. The dumping of Keith was a bit rushed, but it had to be in order to keep the episode fast-paced. There was the hilarity of Snoop Dogg Attending and Josephine with the voice like death but the fantasy sequences were generally forgettable. Joe was a nice touch, but not particularly important, and I liked to see Carla and Turk acting like a proper, bickering married couple

My Hard Labor was really very, very funny. It also freed up JD and made him open to Elliot! Kim was just the funniest pregnant woman I'd ever seen and the Colin Hay fantasy was great. Dr Cox's story line was a bit forgettable, though his scenes with Jordan were nice. It's always nice to hear Dr Kelso talking about Harrison and once again we saw Turk and Carla as a married couple.

My Inconvenient Truth was another great episode. Dan's return was funny and the Janitor becoming an eco-warrior was good too. There were some especially memorable jokes like Ted's mum putting her hands in his trousers and the hedging noise symphony. JD growing up was also good, as it was called for but didn't change his personality. Elliot's storyline had it's perks to, like when Dr. Cox forced her onto the scales.

My Identity Crisis was one of the best episodes of the season in my opinion, It was hysterical. Watching Carla almost get killed at the beginning was really funny (not because I want her dead, but because of who the murderers were). Finding out the names of the people in the hospital was great, especially finding out that Colonel Doctor is actually called Coleman Slawski. JD made a great janitor.

My Growing Pains seemed to be like a worse version of My Inconvenient Truth. There were funny touches with Hooch, Bob Kelso having two thumbs, a funny voice and still not giving a crap; and giant medical equipment, but it was really Kelso and Elliot's story lines that really made the episode what it was. It was the first we heard of our favourite Chief O' Medicine's retirement, which was sad, but powerful (OK, not that powerful...)

My Number One Doctor was funny but uneventful. Rateyourdoc.org was cool, while the whole thing with Lady upped the funniness. The story with Elliot turning a blind eye to her suicide attempt should have been better than it was, but the event wasn't referred to in later episodes like it should have been.

My Bad Too was not a good episode. The burn victim story wasn't funny and I found myself not caring if Turk could speak Spanish or not. However, there were still some highlights like brinner and the bit of Spanish at the end of the episode.

My Manhood was so good that it redeemed the episode before it. The Janitorial was a great idea and the ball mart fantasy was hilarious but a bit long. It was so cute seeing Kelso being vulnerable and asking for help as well.

My Dumb Luck was another brilliant episode. Ted biting off his tongue was incredibly funny, while Dr Kelso kept up his sweetness by reminiscing, but still managing to keep in character by retiring with a bang. It was nice to see how the hospital cared about him, it brought a tear to mine eyne! Purple pee was also very funny.

My Waste of Time continued the run of excellent episodes. The new Ted was odd but interesting and I liked the nicer brain trust. Elliot and JD were just so adorable. It's nice to see that the writers are actually building them as a couple who talk to each other and grow into a relationship, rather than plunging in physically as they did before. Sammy Dorian is lovely, too, and the episode was shockingly good.

My Princess, though shown out of order, was a nice way to end a really brilliant season. It was so out of the ordinary and risky for the writers to do, and they pulled it off wonderfully. There's not much more to say about it other than 'wow!'

To conclude, I feel that season 7 was one of the best. It was funny, clever, interesting and 'Scrubalicious'. I loved it. 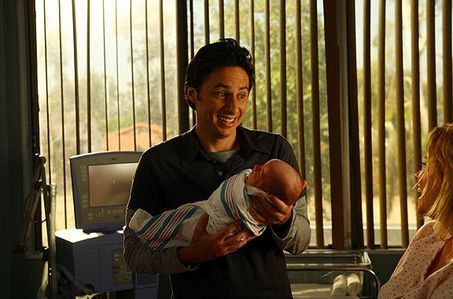 DoloresFreeman, MoniBolis and 10 others like this
hooch-is-crazy 'Scrubalicious' soapbox.
rockandroll89 Great article tushtush
tushtush Thanks for the comments! :D
S7E18 Excellent
babybell to true!
Giovanni_wasto I don't know... I found season 7 severely disappointing - probably due to the ruddy writers' strike. Of course, generally people want it to be good so much that they'll only remember the good bits and end up believing it was brilliant - the rose tinted glasses effect. But the fact is, ABC has a lot of work to do.
S7E18 No your 100% Wrong Giovanni
JDizzle2 I think the writer's strike stole much of season 7's thunder.
ScrubsJDCoxGal You are quite right on all aspects, but I absolutely loved when, during "My Dumb Luck," JD and Turk played "Poke the Bear" to make fun of Dr. Cox. That was classic, and then with Turk freaking out and not being able to go on... just... HA! =P
sofia24 A really good article! I know I'm a bit late reading it but yeah :) it's a great article, 'Scrubsalicious' lol

5
Jordan
added by DoloresFreeman
Source: made by me 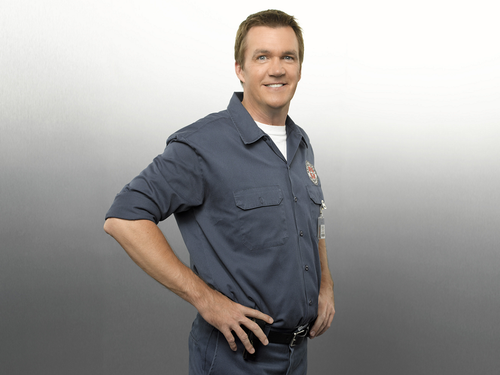 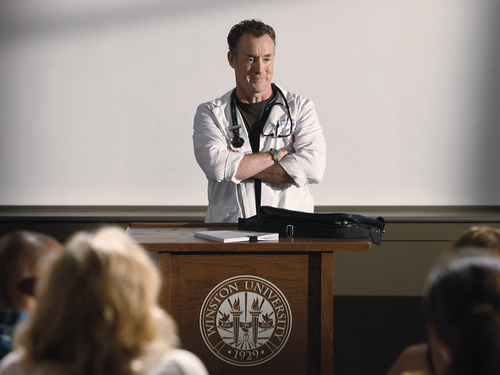 5
Dr. Cox
added by DoloresFreeman
Source: made by me 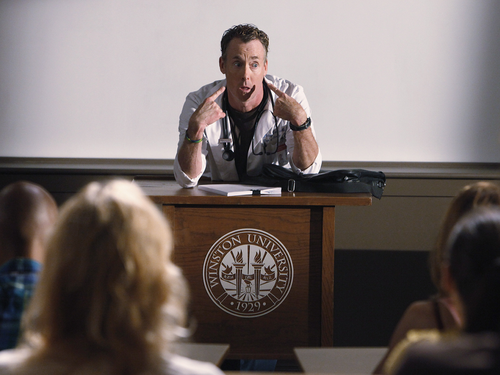 6
Dr. Cox
added by DoloresFreeman
Source: made by me