4
What You May Not Know About Seth MacFarlane
posted by thrillergirl18
Best known as the creator of the hilarious animated shows Family Guy and American Dad, Seth MacFarlane has actually been in the Hollywood scene longer than many fans realize. In celebration of his achievements and talents, let's explore a few little known facts and trivia about this funny guy:
Born October 26, 1973, in Kent, Connecticut, Seth Woodbury MacFarlane is the son of Ann Perry (Sager) and Ronald Milfton MacFarlane.

During the 2007 - 2008 Writer's Guild of America strike, Seth made it publicly known that he sided with the Writer's Guild. FOX then continued to produce episodes of Family Guy without MacFarlane's approval, which may have led to the lengthy negotiations to renew his contract.

Since a very early age, Seth has been interested in illustration. At just eight years old, he began to draw and develop a character known as Walter Crouton, which quickly become a comic strip for The Kent Good Times Dispatch.

MacFarlane came to be a strong supporter of gay rights and gay marriage after a family member insisted to his gay cousin that homosexuality could "be cured". The incident upset Seth greatly and led to his speaking out, "It is f---ing horrible to hear that from someone you love!"

While a studying animation at Rhode Island School of Design, MacFarlane once dreamed of working for The Walt Disney Company.

After two and a half years of negotiations, Seth signed a contract with FOX agreeing to continue to produce both Family Guy and American Dad until 2012. The cost on FOX's end? A cool one hundred million dollars - making MacFarlane the world's highest paid animator.

After receiving a Bachelor of Fine Arts Degree, Seth went to work for Hanna-Barbera, where he worked as an animator and writer for Cartoon Network's Cartoon Cartoons series.

Seth is a highly skilled singer and pianist. In his early years of training, he received instruction from an elderly couple who, at one time, had worked with Frank Sinatra.

He is an admitted Atheist.

During his early career, MacFarlane performed various work on such shows as Johnny Bravo, Cow and Chicken, and Dexter's Laboratory.

MacFarlane was just 24 years old when FOX proposed that he create a 15-minute short, which made him the youngest producer in the history of television. This short led to the smash hit series, Family Guy.

The tragic morning of September 11, 2001 was a very close call for MacFarlane. He was scheduled to return to Los Angeles from Boston on American Airlines flight 11. Due to being admittedly hung over and receiving wrong flight times from his travel agent, Seth did not arrive at Logan International Airport until 8:20 AM. The flight (which departed at 7:45 AM) was immediately hijacked just fifteen minutes after departure, and flown directly into the North Tower of the World Trade Center, leaving no survivors. MacFarlane admits to avoiding thinking about what could have been, stating "I really can't let that affect me because I'm a comedy writer. I have to put that in the back of my head".
missyru44, paul_olliman and 2 others like this 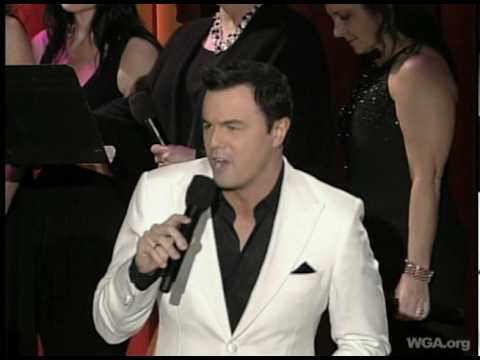 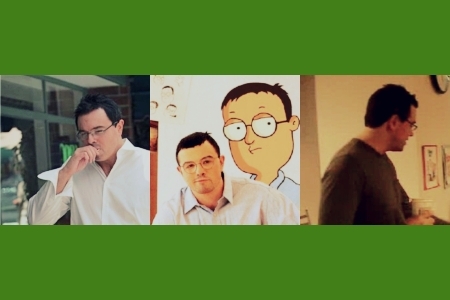 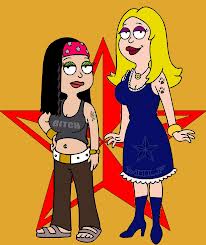 9
Hayley and Francine
added by thrillergirl18 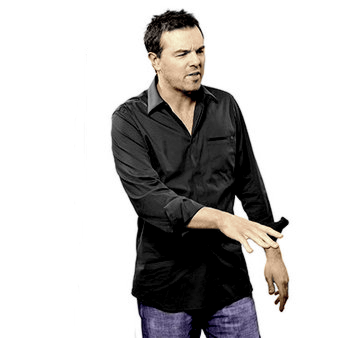 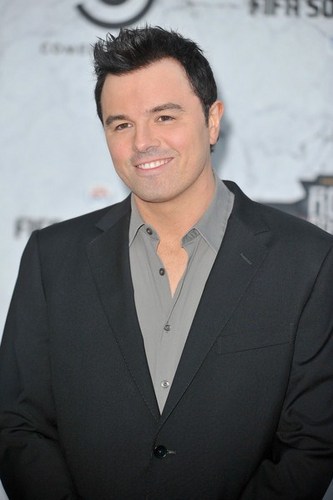 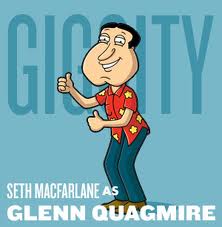 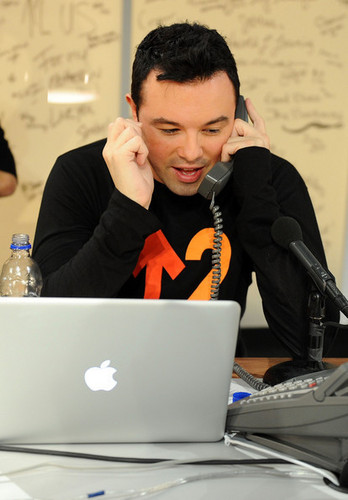 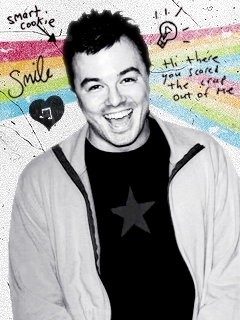 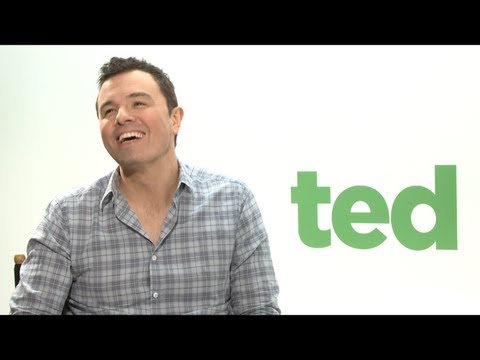 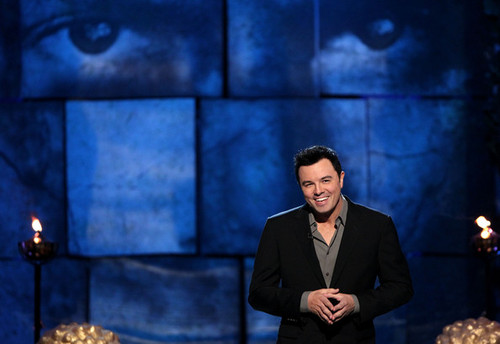 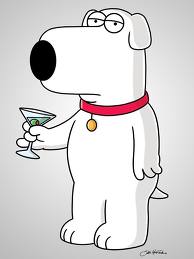 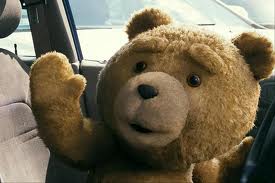 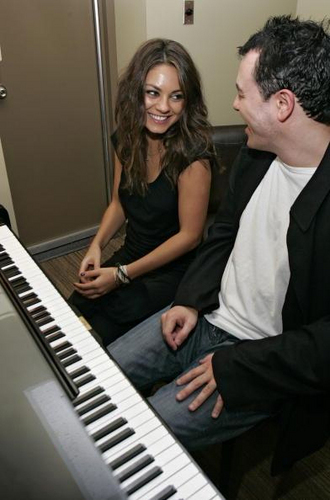 1
Seth and Mila
added by JarOfMemories 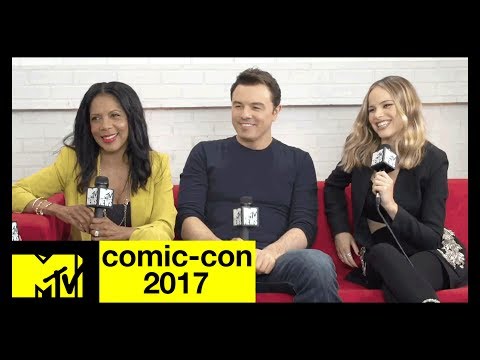 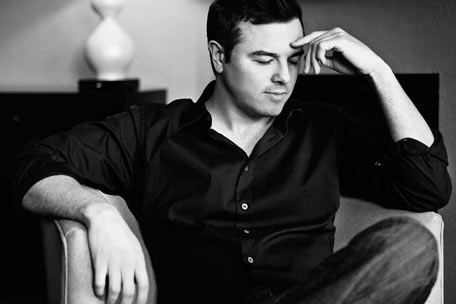 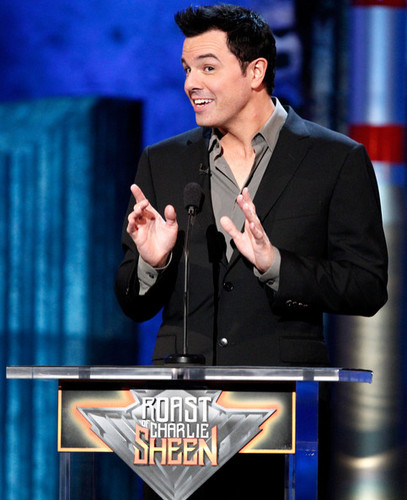 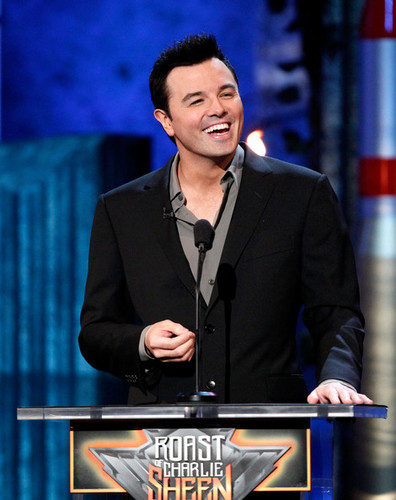