17
A healthy percentage of perfectly sane women have gone into heat over Snape.
posted by bri-marie
I didn't write this. I found it link

I don't know if you've noticed, but a healthy percentage of the otherwise perfectly sane women in this country have gone into heat over Snape.

Snape, for those of you have been living under a toadstool and aren't familiar with him, is the baddie wizard in the Harry Potter series. He's the surly Potions Master, and his primary function is to look puckery and to simmer with barely-contained hatred everytime he sees Harry Potter.

However, when you add Alan Rickman + black cape + wig, that = Snape.

The ladies might like Alan Rickman, but the ladies have gone way past crazy over Snape. Women that never HEARD of Alan Rickman before seeing Harry Potter & the Sorceror's Stone and don't even care that he has a "dreamy" German accent in Die Hard, now spend 40 hours a week making new Snape graphics, uploading Snape poems, writing dirty Snape fanfic, and spending a fortune on bandwidth while their kids scream for pb & j.

Fascinated by Snape Mania (in a purely clinical way, mind you, I mean it's not like wizards turn me on, even sexy wizards who have really... sexy... *gulp* voices...) I've visited hundreds of Snape fansites. They're all pretty groovy, mainly because,well, it's about Snape and it's really weird.

My favorites are the websites of the Truly Obsessed. These more devoted sites will have amazingly exhaustive picture galleries with hundreds of images: a still photo for each microsecond that Snape is onscreen. Snape screaming at Harry. Snape glowering with general malice. Snape verbally abusing his students. Snape glowering AT Harry. Snape blinking. Snape menacing Harry over a table of pumpkins and jelly doughnuts.

All Snape, all the time.

Obviously, the idea of magical sex (fueled by all sorts of Viagra-like potions and whatnot) probably plays a big part in it. What sort of lusty, magical sex fantasy do the Snape Lovers engage in? Let's see if I can concoct a likely one:

I'm a nubile young witch at Hogwarts, around 18 or so - ready to graduate and start bewitching frogs on my own. I'm really quite talented at Potions, and lately I've been exchanging loaded glances over the cauldron with my favorite teacher, Snape, or as I like to call him in my mind, "Snapey-Poo".

I'm leaving Potions one day when Snape says, "Miss Fury, a word, please?" in that DREAMY voice. Our eyes meet and then Snape takes me in his arms, hurling the contents of his desk to the ground with a muttered spell, and then our sweaty bodies... ok, wait. That's not working, because Snape would get fired for screwing a student, even if I was legal. Dumbledore looks prissy and would probably fire Snape for fraternizing.

We make some small talk and Snape invites me to a mid-air picnic on his broom. We never make it to lunch because we start kissing in the corridor, then we get so riled up that he presses me against the wall and we... no, that wouldn't work either, because one of the Hogwart's ghosts would catch us, tell Dumbledore, and get me fired.

Ok, let's just say that regardless of WHY, millions of women have come down with what I like to call Snape Fever. The best part is that since Snape has such a small role in the books themselves, that the movies will be FORCED to deviate from the novels in order to give in to the demands of the Snapers for more Snapery. Can you imagine JK Rowlings' rage that her beloved books will be modified?

Even worse, imagine that you are the kid who plays Harry Potter, you know, the one that looks like a tiny little Beatles impersonator?

You're totally, like cool. You know that you have a steady job for the next 10 years, you're making millions of dollars, you've been on the cover of Teen Beat 14 times, and you get to fire your parents whenever they won't let you have Fruit Roll-Ups for dinner.

You demand a bigger trailer, and a toilet that flushes Evian. One day, you get so high on yourself that you make the director get on all fours and bark like a dog... what's he gonna do? You're the face of HARRY POTTER!

Until one day, that fateful day that you surf the Web. Nobody's around, and so you're finally free to look for Harry Potter websites. Not just the generic Potter sites, but sites all about YOU, and your adorable Beatles hairdo, and your dreamy green eyes, and your favorite food (fish tacos). You know with certainty that the Web is gonna just be crawling with chicks who want to have your baby - or at least wanna take a ride on your Nimbus 2000.

The movie was a big success, and the entire $....!*# multiverse is in the grips of Potter Mania, but where are your websites? Where are your SHRINES?

With a growing sense of panic, you realize that Alan Rickman, the old has-been who plays Snape, has more websites than you do. No, make that a hundred times more sites than you. Not just regular fan sites, either. No, these broads are clearly insane: they've got clips from the movie, and they've made a bunch of I LOVE SNAPE! cliques, and is that a $....!*# Snape poem you see?

I mean sure, Rickman's a nice enough guy. For a loser. At least Rickman never gave you any guff on the set like that old +!#$% Maggie Smith did, making you call her "Dame Smith" like her !@#$ didn't stink.

Where's the appeal? Rickman's old, he's way past his prime. He'll never ever be as cute as you in round glasses and a wizard's robe. Rickman's never ever been in anything near as popular as Harry Potter. He made a Die Hard movie like what, a million years ago, but he wasn't even the STAR.

So what's the deal with the Snape obsession? You call your agent and scream at him, but there's really nothing he can do. There's nothing you can do, either, because your little sister can only make you so many websites before everyone catches on.

The ladies of the world, both young and old, have spoken: and what they've screamed is :

It's a bad day for child actors. 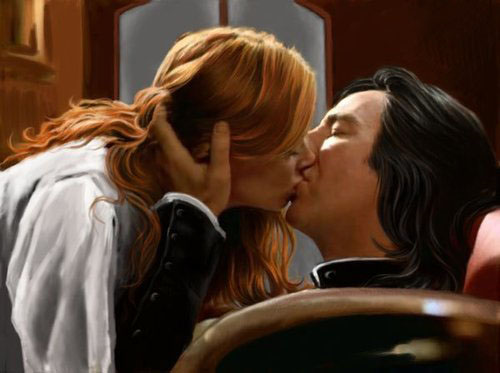 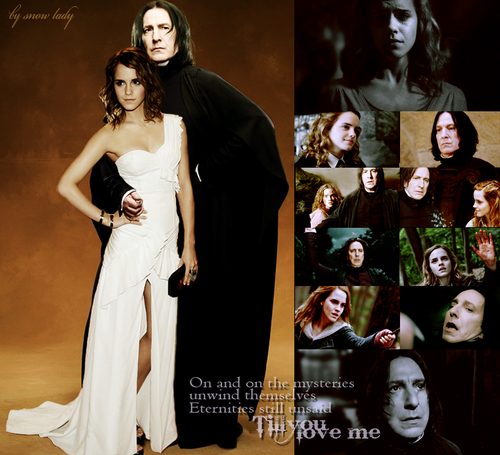 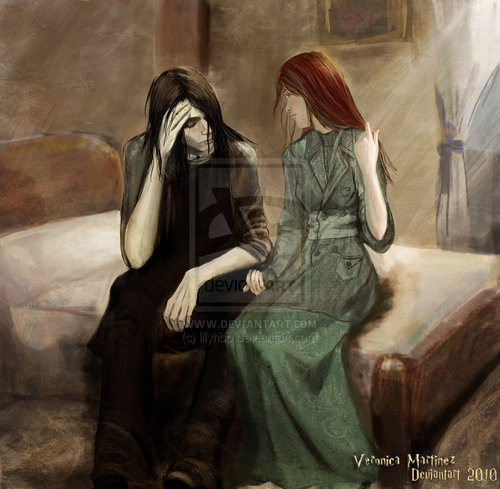 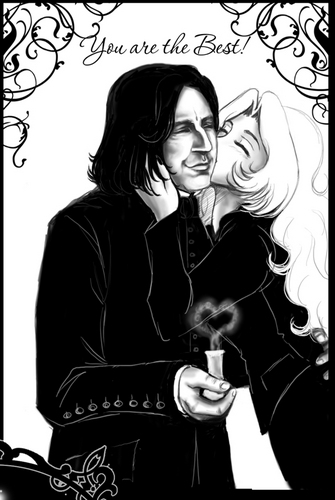 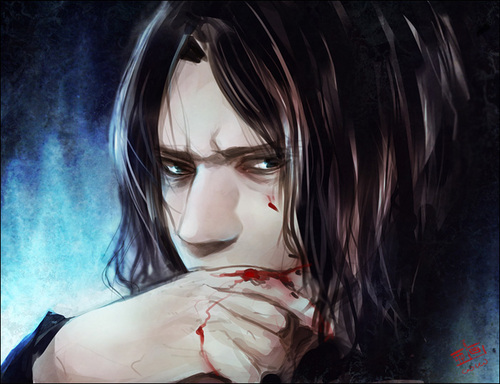 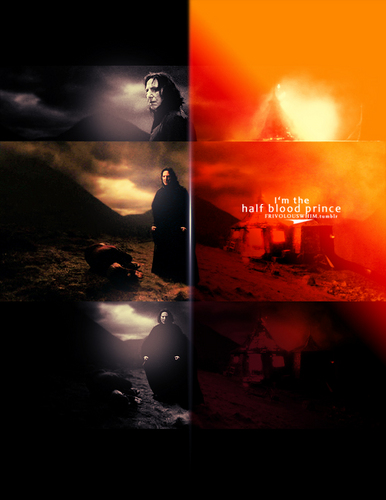 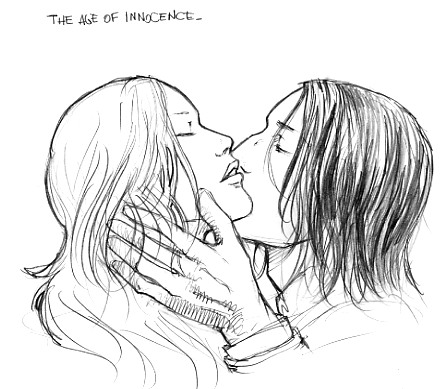 3
Lily and Snape
added by avtr13_extreme 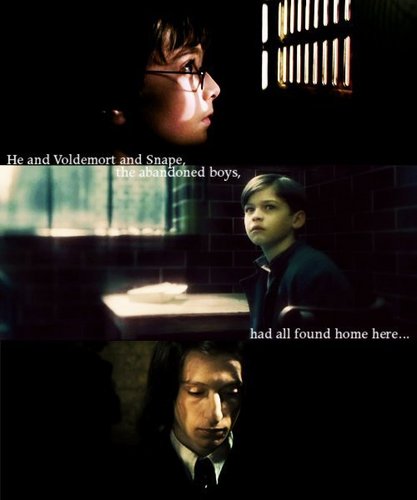 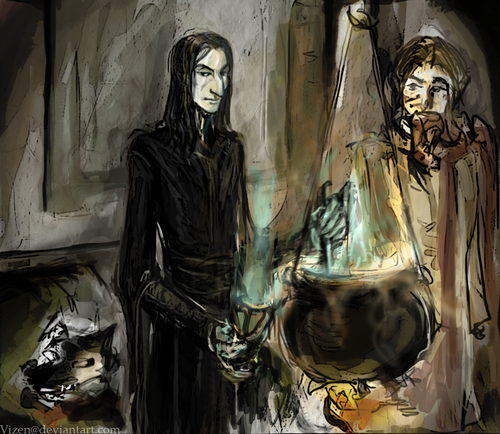 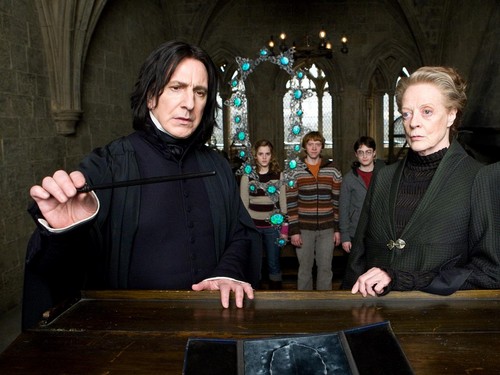 7
Severus Snape Wallpaper
added by flowerdrop
Source: made by me - flowerdrop 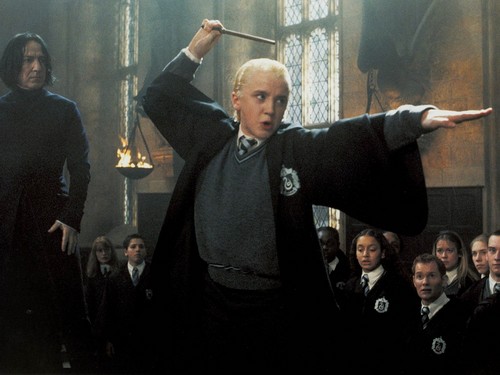 6
Severus Snape Wallpaper
added by flowerdrop
Source: made by me - flowerdrop 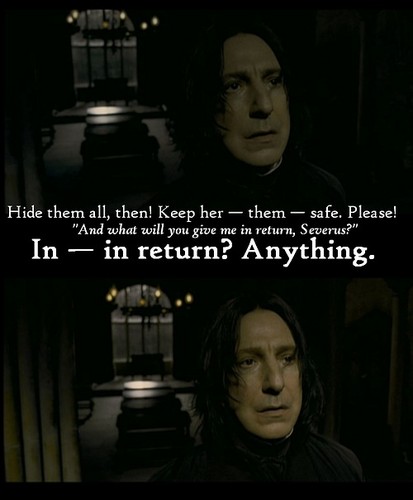 All For Her
added by severussempra 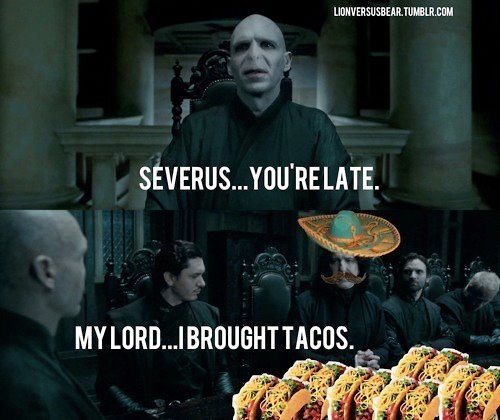 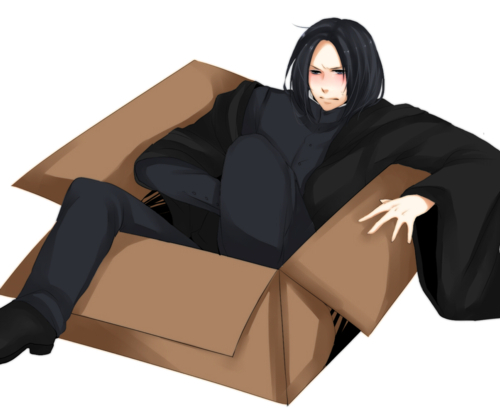 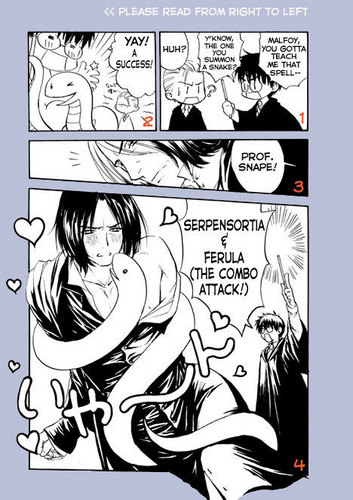 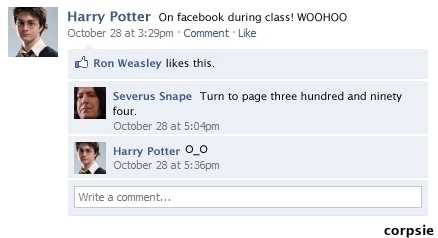 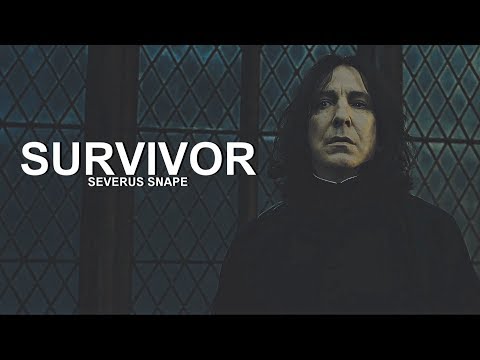 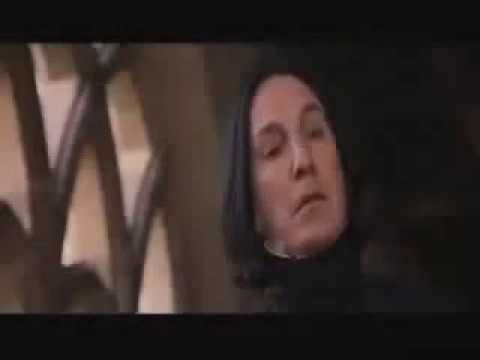