Don't Stare
*WARNING!* Before you read this, I want you to know that I'm not saying this happened. Also, the pic was just out of random choice. I LOVE YAOI! (oops!) <--- sorry about that!

"Agh...agh... G-gaden..." Alexa panted as her mouth was soon covered by another one, only this one was soft and warm,though it was mashing itself against her lips. She moaned again as Gaden began massaging her side, while the other hand traced intricate patterns on her shoulder blade. Gaden growled and removed his mouth from hers as she tightened her grip on his waist with her legs.

He ripped of his shirt, showing his beautifully tanned, ripped 6-pack. Gaden kissed Alexa again, but more forcefully this time. He trailed kisses down her throat and she felt a growl build in her throat. Without stopping his attack on her throat, Gaden quickly unbuttoned her shirt, only leaving the top half of her body covered with her black silk bra. Suddenly, Gaden sat Alexa up and on his lap. Gaden smiled seductively, and then whispered, his Russian accent only adding to his seductive nature, "Alexa, you want this, don't you?"

Alexa nodded as Gaden layed them back down, him on top of her." Well, then you will defiantly love this..." Gaden's voice trailed off as he slid Alexa's skinny jeans off, then, started with her black matching silk underware. As he slid them off, Alexa heard him say her name,"Alexa... Alexa... wake up...!" ....

"Alexa! For god's sake, get your ass up!" Gaden said while shaking his friend in the empty classroom. Alexa had fallen asleep while Mrs. Yorkshire was talking about Trigonometry. She didn't care if Alexa fell asleep, as long as she woke up and left. "Huh! What the hell?" Alexa said sleepily as she rose her head from her clammy desk top. She looked up and saw Gaden's pissed off face. Suddenly, she remembered her dream and blushed.

Gaden looked at her questionably."Alexa, why are you blushing?" he asked. Alexa just shook her head and stood up. She picked up her back pack and started walking towards the door with Gaden."Its nothing. Just a... um... funny dream I had thats all." Gaden's face was blank for a moment. Then, he remembered that Alexa liked him. His face broke into a devious smirk as he trailed behind her.

Then, he rushed up and whispered seductively in her ear as he did in her dream,"Oh really? What was it about then?" Alexa froze and his hot breath on the back of her neck made her shiver. She turned around and faced him."I told you, it was nothing!" Gaden's smirk grew even more as he advanced on her."Then why were you blushing?" Alexa gave up and ran, Gaden chasing after her. "I told you, its nothing!" she yelled and Gaden just chased after her."Tell me! Tell me! Tell me!" And he chased her all the way to her house.

Ahhh, young love. Sometimes, it can be a miracle, and sometimes, it can be living hell!
MJisLove4life, Nerdbuster2 and 5 others like this
valeriepane44 haaaa oh wow
Android_21 thankies! im glad u like it!
adieee Is that Goku and Vegeta?? Lol
yellow-shorty that is soooooo cute
speedy106 I liked the dream part better! I think I had a dream like that with my crush.
cparty721 i have a some dreams like tht
terian Kool
Android_21 lol thank you all! this was a dream... maybe! *wiggles eyebrow* 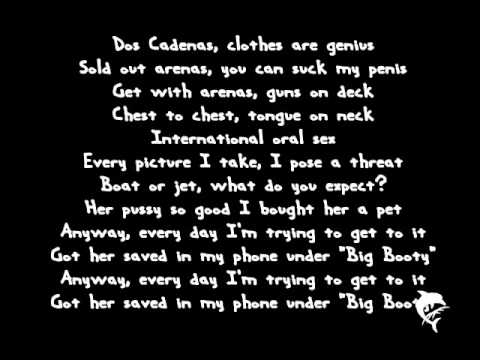 5
Talk Dirty To Me
added by BlondeGirl93
video

2
keep calm and
added by fatoshleo